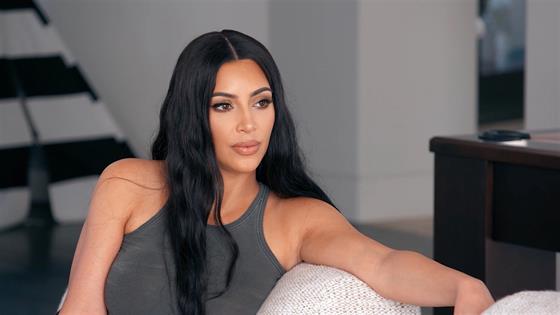 Now Playing
Up Next
"Keeping Up With the Kardashians" Katch-Up: S15, EP.14

Can Kim Kardashian and Tristan Thompson get along for Khloe Kardashian's sake?

On Sunday's all-new Keeping Up With the Kardashians, the KKW Beauty boss found herself still at odds with the NBA player following his cheating scandal. Understandably, this caused tension for the Good American founder, who was just trying to create a healthy home for her newborn True Thompson.

"I'm just, you know, in a tough situation 'cause my sister and my boyfriend hate each other," Khloe told Kim and Kourtney Kardashian over the phone.

Not only was North West's mom frustrated about the cheating scandal, but she was also seemingly livid after the Cleveland Cavaliers star blocked her on Instagram.

"I still can't believe that Tristan blocked me," the KUWTK veteran spilled in a confessional. "I mean that's just too petty for me and I could go there in the petty department. I know Khloe wants us to be cool with Tristan when they get back, but I still hold this resentment towards him." 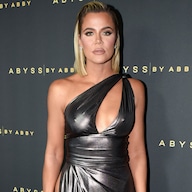 Although Khloe reassured her sisters that she was "strong enough" to "deal with everything personally," Kim felt she couldn't forget how Tristan "broke Khloe's heart." Thus, the Revenge Body host kept her sister and boyfriend far away from each other.

"Kim and Tristan have not been in the same room together since they've had that talk in Cleveland," the new mom admitted to the KUWTK cameras. "So it's just awkward for me, I'm in a very uncomfortable position and I don't know how they're both gonna act."

Khloe's fears weren't unwarranted as Kim revealed during a sit down with Scott Disick that she was in "protection mode." However, per Lord Disick, this stance was putting Kim at risk of being estranged from her sister.

"I think everybody wants to be protective of their family," the father of three shared. "I think sometimes when people get too caught up, when it's like a negative protection and not always being there when the positive, then everybody feels kind of attacked." 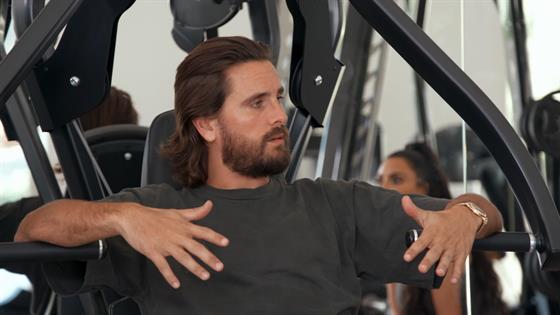 Despite all of the anxiety, Kim and Tristan proved they could put their differences aside as they bonded over pickleball.

"I have no idea how to even start a conversation with Tristan," the mother of three later confessed. "Pickleball was the first thing that popped into my head. It was super awkward, but he's an athlete, I just thought maybe talking about sports would be common ground."

After proving her natural athleticism via old skiing videos, the Kardashian-West matriarch declared she could beat Thompson "in some kind of sport" and challenged him to a fitness competition. This interaction warmed an eavesdropping Khloe's heart as she could see that they were having a "moment."

"Why am I fighting this fight if no one else is?" Kanye West's wife relayed. "I'm not gonna spend my time angry at someone else for something that they didn't do to me. I'm gonna move on if that's what Khloe chooses to do, I'm gonna be supportive of her." 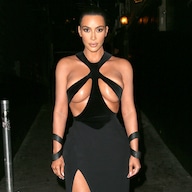 The familial drama wasn't the only notable thing to happen to Kim during the episode as she also had one-on-one time with Cher. Since Kim had a blast with her old friends at her 20-year high school reunion, she decided to organize a Las Vegas getaway for them…where they saw the "Believe" singer in concert.

Of course, as the Mamma Mia! Here We Go Again actress is Kim's idol, the E! personality dressed up to the nines. Yet, it was talk of Armenia that bonded Kim and Cher.

"Everything you've done for the Armenian community has been amazing," Kim gushed to the chart topper.

In fact, the two stars resolved to take a trip to Armenia together in order to make a "presence" there.

"I was just happy to literally be in her presence," Saint West's mom concluded.

Watch the video above to see everything that went down on this week's episode.