From Idris Elba to Mel Gibson, Look Back at People's Sexiest Men Alive 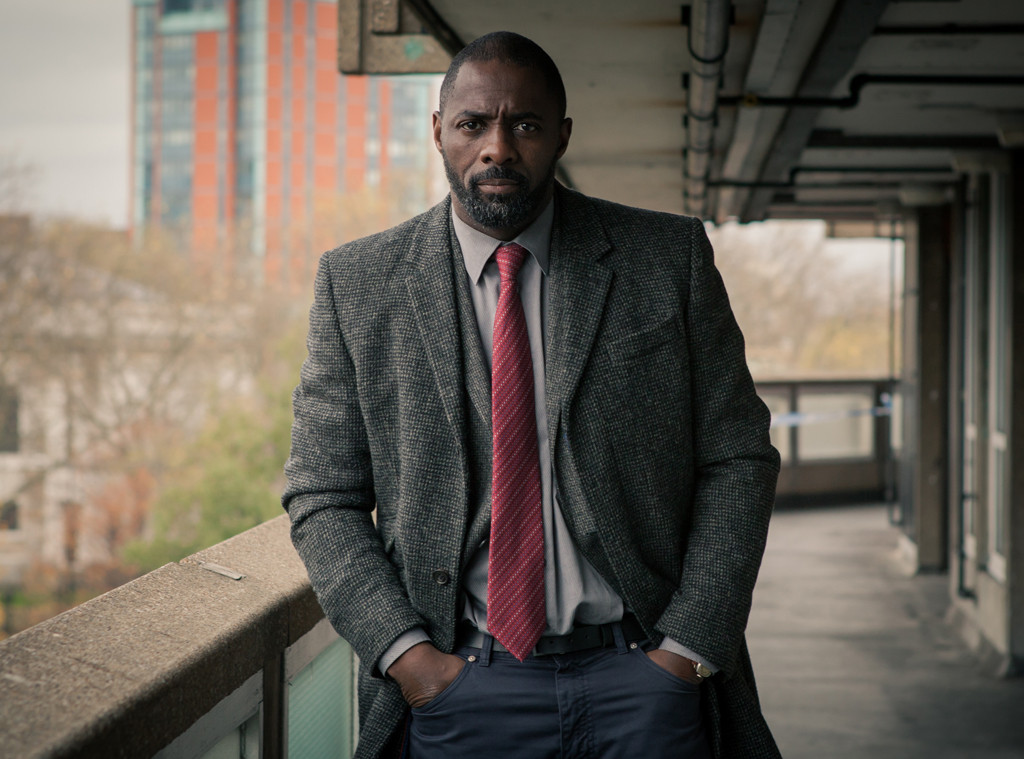 Idris Elba is the "Sexiest Man Alive," according to People.

The 46-year-old Luther actor is the 33rd Hollywood hunk to receive the title—and the first black man to do so in 22 years, after Denzel Washington booked the magazine's 1996 cover. Other stars who made the list in this year's issue (on newsstands Friday) include Chadwick Boseman, Noah Centineo, Bradley Cooper, Henry Golding, Prince Harry, John Krasinski, Shawn Mendes, Hasan Minhaj, Chris Pine and Thomas Rhett. So, what did Elba think when he learned he'd be replacing last year's honoree, Blake Shelton? "I was like, 'Come on, no way. Really?' Looked in the mirror, I checked myself out. I was like, 'Yeah, you are kind of sexy today.' To be honest, it was just a nice feeling," he says. "It was a nice surprise—an ego boost for sure."

Elba joins an elite list of men who have been recognized in the pages of People.

As Elba gets used to his new designation, take a look back at previous honorees:

The performer's wife Chrissy Teigen had perhaps the best reaction to the news, tweeting, "My secret is out. I have fulfilled my dream of having boned @people's sexiest man alive!! An honor!!!!!"

The Luther star said the honor was "amazing" and his "mum would be very proud."

Thanks to The Voice, the country music superstar is one of few musicians to receive the title.

Moana's main man jokes that he's "pretty much reached the pinnacle" of his career. 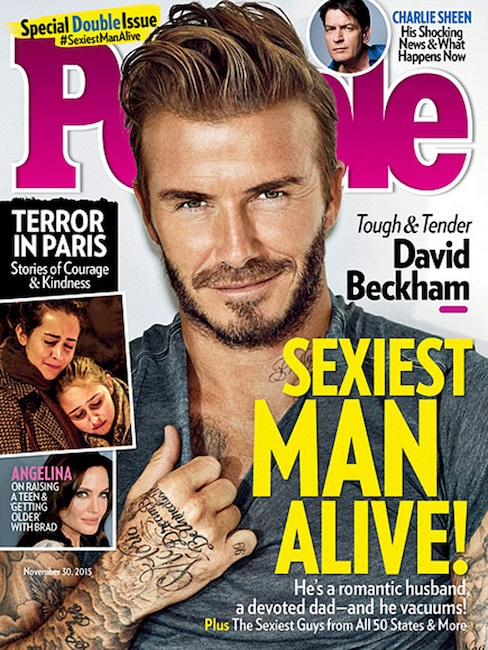 Nobody can bend it like Beckham better than the soccer player himself.

In addition to playing an intergalactic superhero, the Australian actor is a devoted husband and father of three. What's sexier than that? 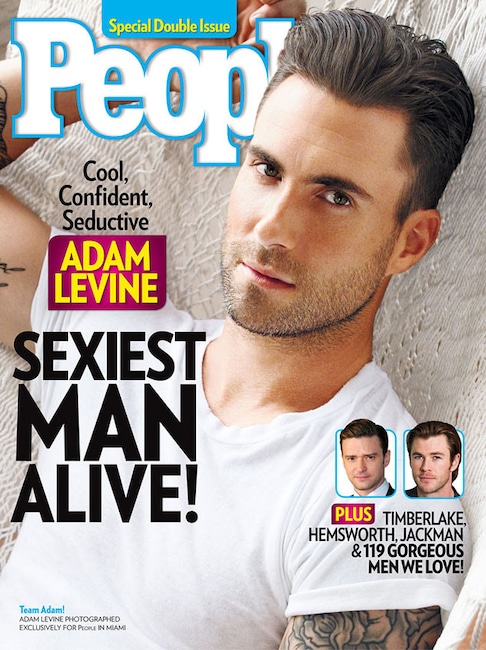 The 34-year-old Maroon 5 frontman won a new legion of fans as a witty, charming, compassionate team captain on The Voice and is engaged to a Victoria's Secret model. Sexy cred is currently off the charts. 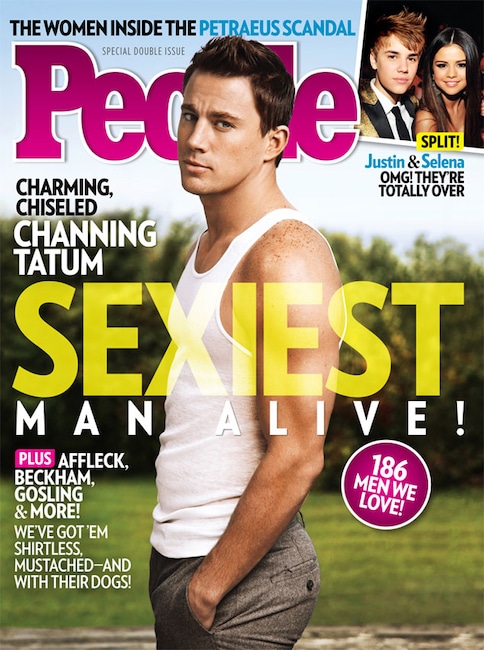 Twas a banner year for the ubiquitous Magic Mike star. 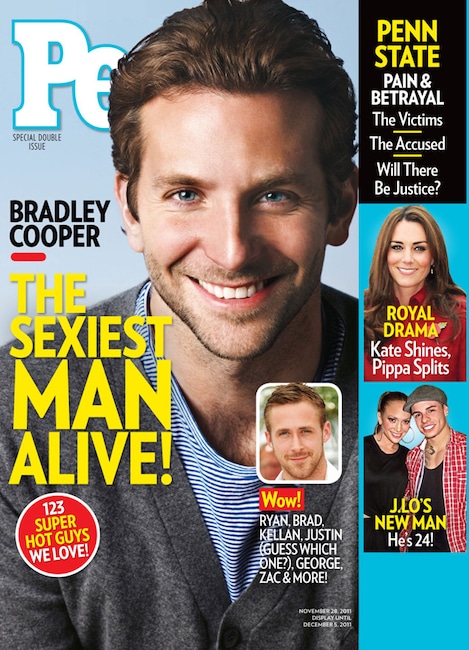 The silver lining in People's playbook.

The exposure didn't pay off when it came to the Green Lantern box office and he and Scarlett Johansson split up right after he made the cover... But neither bit of bad luck made him any less sexy.

One of only three two-timers in the bunch, Captain Jack Sparrow looked as youthful as ever six years after his first title.

He's sexy and we know it, but the multi-talented actor is so charmingly self-deprecating, it's almost as if he doesn't know it. 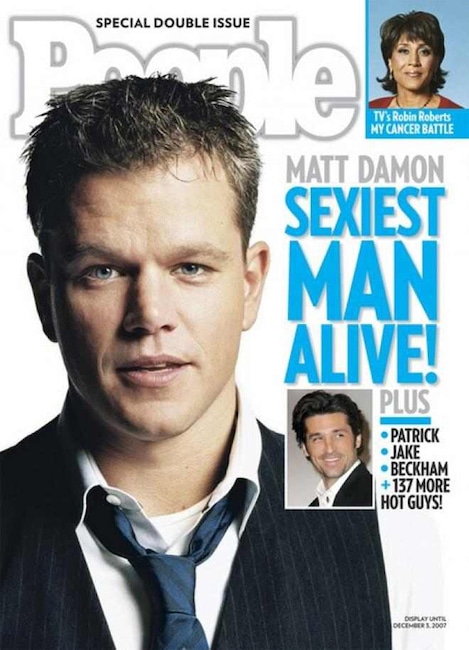 We didn't even know he was "F--king Matt Damon" funny back then, but being the thinking woman's action hero in the Bourne movies was enough.

During his rom-com phase, the now Oscar-buzz-generating star was just the guy we all wanted to play naked bongos with. Some things never change.

Perfect specimen in Gattaca? Check. The man Matt Damon wanted to be with and be in The Talented Mr. Ripley? Wouldn't anybody?!

Before a little premature career twilight set in (it's always darkest before the dawn, you know), the future Oscar-winning filmmaker and next Batman was smokin' hot in action pics like Armageddon and Pearl Harbor.

The Irish actor's four-film run as James Bond cemented his status as the hottest thing to come out of Ireland since...well, ever.

The silver fox held down the fort solo just fine when he re-earned the title around the time Runaway Bride came out.

At 56, he was the second-oldest ever SMA crowned and was still a raging action hero, juggling the roles of Indiana Jones, Richard Kimble and Jack Ryan decades after his Han Solo days. 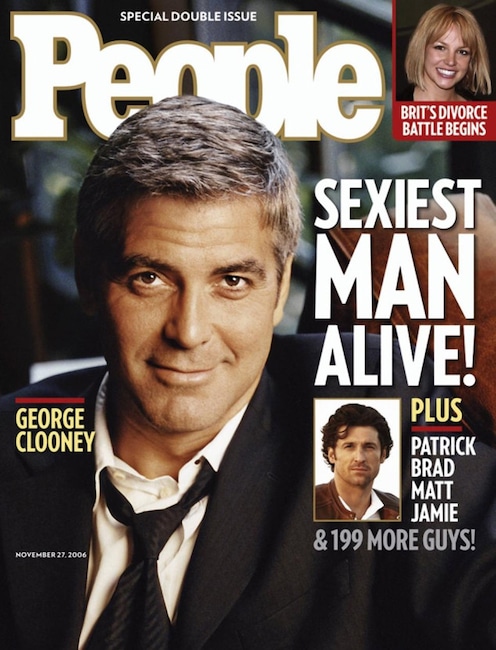 When he made the cover while playing the brooding Dr. Doug Ross on ER, no one even knew what a cultural force he would be nine years later. And seven years after that...minus some perfectly placed gray, nothing has changed.

The two-time Oscar winner and probably one of the most appearling Hollywood stars ever actually remains the only African-American actor to hold the title.

If Thelma & Louise made people take notice, Legends of the Fall made them fall out of their seats, gasping for breath and begging for more. And he still looked pretty good five years later.

The only time a couple has ever shared the title. Alas, maybe they kept fighting over the mirror, because the leading man and his real-life pretty woman divorced two years later.

Remember when he was a major stud?! Having just been nominated for an Oscar for The Prince of Tides, Nolte defined sensitive ruggedness. 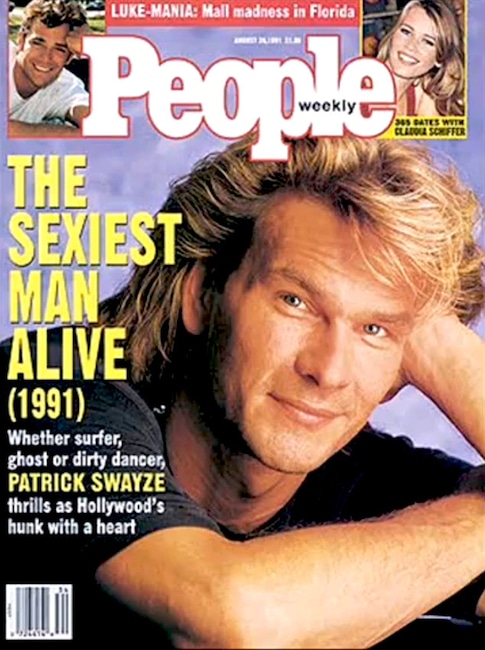 We're actually surprised that he never repeated, but if they had to pick a year, a post-Cocktail, pre-Kidman Cruise, fresh off an Oscar nomination for Born on the Fourth of July, was as good as any place to land.

Three words: Bond. James Bond. The Scottish actor remains the oldest man to have achieved the title (he was 59) as well as the only one lacking in the hair department.

Then 27, the Camelot prince remains the only non-entertainer to have ever scored the SMA cover—and yet his looks and lineage had made him a huge celebrity. With the 50th anniversary of JFK's assassination upon us, we hope that both father and son are resting in peace.

Lisa Rinna's hubby was the toast of primetime as a dashing attorney on L.A. Law.

Long before he was on NCIS, the erstwhile UCLA football stud was making for a way too handsome version of Ted Bundy in the creepy classic TV movie The Deliberate Stranger, playing an awesome teacher in Summer School and complicating Bruce Willis and Cybill Shepherd's road to romance on Moonlighting.

Long before we knew what a lethal weapon he was, People's first-ever Sexiest Man Alive was pretty much the epitome of hotness at the time, from his blue eyes to his thick, wavy hair to his charming accent. Year of living dangerously, indeed.

People didn't select anyone to cover its 1994 issue; twenty-one years later, the magazine selected Keanu Reeves as its pick, with runners-up including Jim Carrey and Hugh Grant.