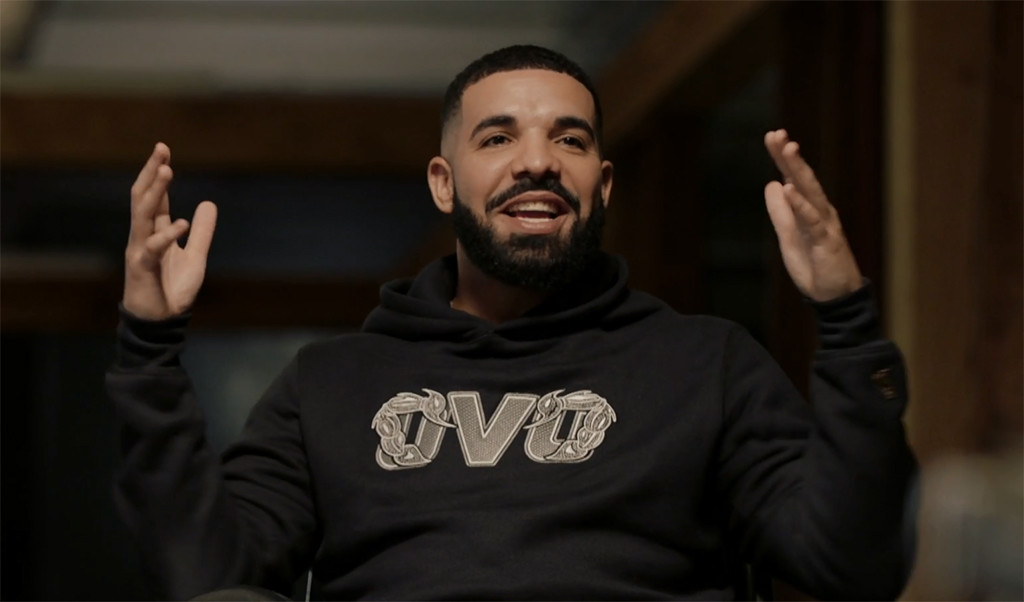 Drake says in his first interview about fatherhood that his son has "crazy blue eyes."

In 2017, French artist and former adult film star Sophie Brussaux gave birth to a baby boy, Adonis, and said she had texts proving the rapper was his father. The star's rep said at the time that Drake did not believe the boy was his, but that if he was wrong, he "would do the right thing by the child." In May, Pusha T rapped about Drake's son in a diss track. The following month, Drizzy released his album Scorpion, whose track "March 14" contain lyrics in which he confirms he has a son.

Drake talked about the boy, his child's mother, his own upbringing and his past relationship with Rihanna during an interview with LeBron James and Maverick Carter on the new HBO Sports show The Shop on Friday.

"I have a son, he's a beautiful boy," the rapper said about the baby, showing the NBA star an image of the child on his phone. 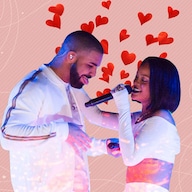 "You know he's already in the pool like shooting the basketball," the rapper continued. "He's gonna get to a certain age, I'm gonna bring him right to 'Bron's house and I'ma be like, 'Yo, summer camp at Bronny's house!" 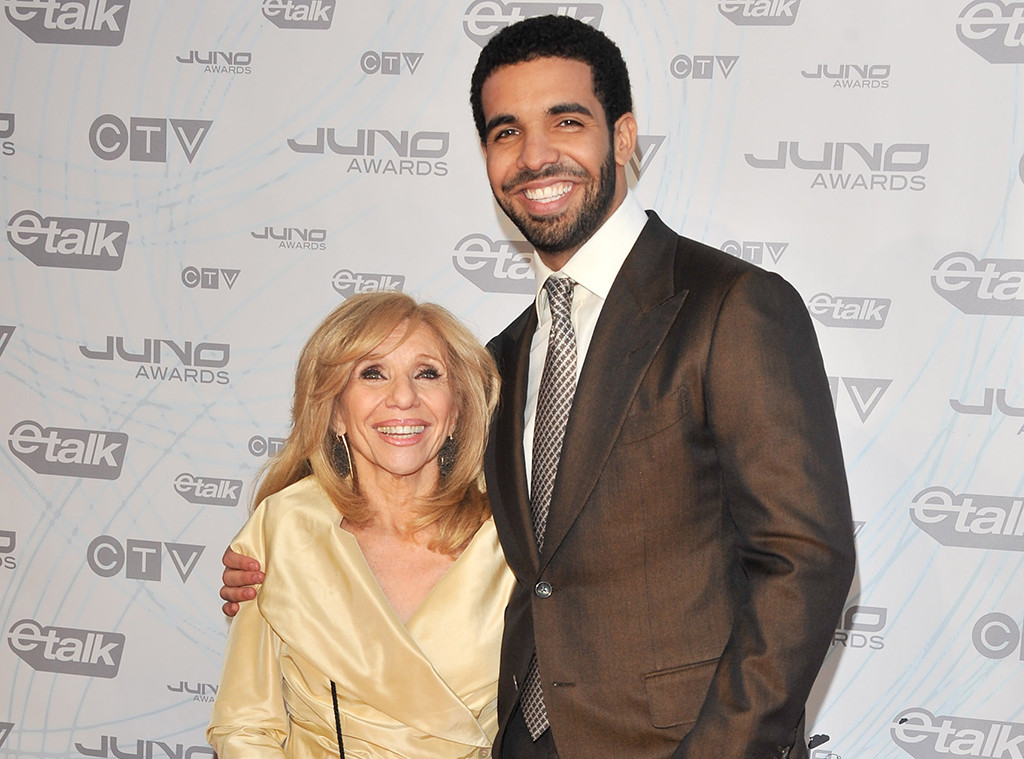 Drake was born in Canada to a black father and white mother. His parents divorced when he was five. 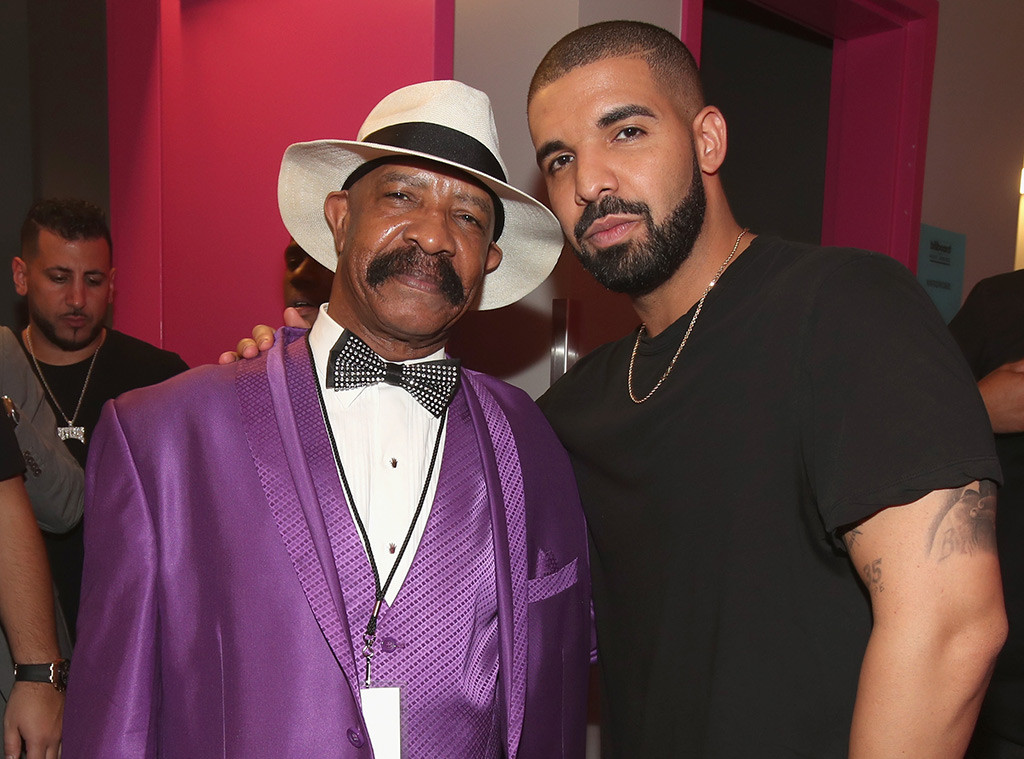 "I was really hard on my parents for giving me sort of a childhood that I had to wrap my mind around as I grew," he said. "I multiple times sort of suggested that they could have done a better job of whatever it was, co-parenting, sticking together, you know, not being so divided."

"As life takes shape and teaches you your own lessons, I end up in this situation where I don't have the fairy tale, like, 'Oh, Drake started a family with Rihanna and this is like so perfect'...it looks so good on paper," the rapper continued. "By the way, I wanted that too at one time."

Pregnancy hormones, makeup, and Instagram filters for the win ✨

During the interview, Drake did not name his son or the child's mother, who he is not in a romantic relationship with.

"I am a single father learning to communicate with a woman who, you know, we've had our moments," he said. "I do want to be able to explain to my son what happened. But I don't have any desire for him to like not love his mother or I don't want like, I don't ever want the world to be angry at his mother. Like, we have found ourselves in a situation and we are both equally responsible and now, like, I'm just really excited to be a great father."

On "March 14," he raps to his son, "Hopefully by the time you hear this / Me and your mother will have come around / Instead of always cutting each other down." The rapper talked about his own parents' strained relationship on The Shop and said he has "unconditional love" for the mother of his child.

"Because I want [my son] to love his mother and I have to project that energy," he said. "But I didn't come from that. I came from my mother being like, 'Nah, your dad is this.'" But one thing my dad would never speak ill of my mother, ever ever ever, and my mother is the nicest, kindest, sweetest woman, but she's a woman scorned and a woman who, you know, is exhausted."

On his Scorpion track "March 14," Drake raps, "Single father, I hate when I hear it / I used to challenge my parents on every album / Now I'm embarrassed to tell them I ended up as a co-parent."

"I think I was more scared to tell my mom because my mom has had real belief and real relationships with women in my life like over the course of my years, that I'm sure she would expect or be elated if I were to have gotten one of those women pregnant," Drake said on The Shop. "So it was tough for me to tell her that it's somebody that she's never met."