In Praise of Kelly Ripa, Our New Clapback Queen 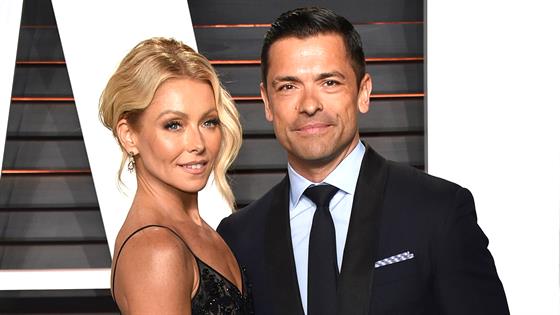 "I love a clapback. I love a troll but I love to troll a troll. Like, if you're gonna troll me, then I'm gonna troll back. And that, we can all agree, that is the way God intended."

That was Kelly Ripa throwing down the gauntlet to all internet haters during an appearance on The Wendy Williams Show all the way back in March, letting them know that if they come for her, she will come right back for them.

And though there are many celebs who have been perfecting the art of the clapback—the act of returning fire when digitally shot at in effort to shut. it. down.—Ripa, who celebrates a birthday on Wednesday, Oct. 2, has shown time and time again just how skilled she is at it. She is not one to be trifled with. She will not suffer your foolishness in silence. Her day job may be that of America's Sweetheart on LIVE! With Kelly and Ryan, but she's recently assumed a new title: Queen of the Clapback. 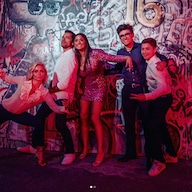 Ripa's peerless skills were first brought to our attention when, in March of last year, someone dared to come for her man, Riverdale star Mark Conseulos, after she posted a throwback photo of the two on Instagram.

"Too bad he's short when he tries to look taller," IG user @samanthap143 felt the need to comment. "It looks funny. Just be who you are."

Conseulos weighed in on the bizarre jab first, replying, "@samanthap143 please tell me how it is I can try to look taller. I am dying to know." But it was his wife who came in with a sniper's precision, ending things as only a Clapback Queen can.

That same month, the LIVE! IG account shared a video of Ripa doing a one-woman adaptation of Jimmy Kimmel's Mean Tweets segment, reading mean comments and roasting the commenters in real time. A choice response, to a hater who ragged on her make-up, likening it to that of a wax figure: "I say, oh no no no no. I have on way more makeup than a wax figure. I know because I have a wax figure at Madame Tussaud's, and she doesn't wear as much makeup. But she didn't get to go to the Academy Awards, did she?"

And because trolls gotta troll, Ripa was trolled on that very IG post, with one "fan" commenting that "Her head looks to big for her tiny body." And because the first law of trolling seems to be that whenever possible, if you're deemed "too" something, the troll will invariably misspell the word, Ripa let 'er rip: "@paulamaccani to is spelled too FYI."

In the words of Aretha, she's a natural woman. #CommentsByCelebs

Since then, as followers decided to come for her appearance or her decision to—God forbid—take a vacation, Ripa proved that she had some fire to spit right back at 'em.

"I'm gonna tell you right now. No nose job, and no veneers," she replied to one ghoul who felt it appropriate to encourage her to get a new nose. "I wouldn't be sleeping in a retainer every night if I had. You guys do know how to make a girl feel special."

"I'm not an anchor, I don't have the whole summer off, and I work extremely hard," she retorted to another who, in a now-deleted comment, accused Ripa of not working hard enough to deserve her time off. "Anything else?"

Come for her weight? She'll drag you for your lack of originality. Her age? Well, it just might get you roasted over your grammar. Accuse her husband of not spending enough time with his family? She'll put you in your place.

And if you think you might be safe just because you're family? Take it from daughter Lola: No one is safe. After the young Conseulos commented on one of her mother's many photos promoting her hubby's gig on the wildly-popular CW drama with "Stop posting Riverdale photos, we get it," Ripa reminded her offspring who the queen is.

"Imma block you in a minute," she told her daughter.

So let this be a lesson to you all: If this age of social media anonymity has you feeling emboldened, feeling like you can just tell it to your favorite stars how you see it, just know that the Comeback Queen is out there, waiting and ready for your nonsense.

"I love trolling a troll," she's declared. "It is my favorite thing to do."