Drake Tried to Date Heidi Klum—But She Ignored His Texts 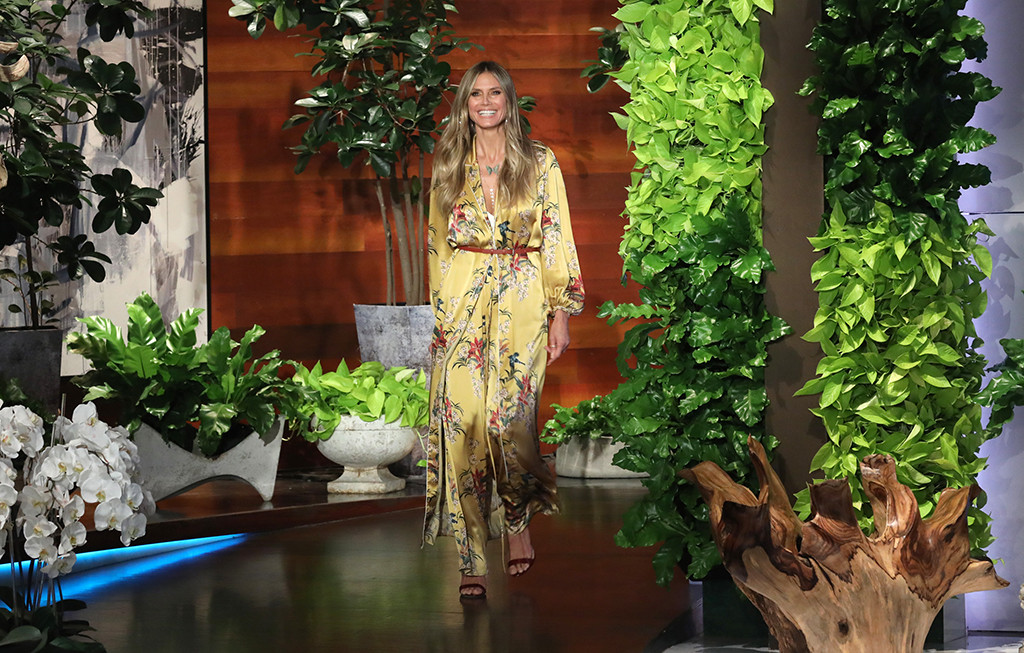 Heidi Klum left Drake on read—and for that, she's sorry.

The 45-year-old supermodel judge stopped by The Ellen DeGeneres Show today, where she admitted to ignoring the 31-year-old rapper when he tried to date her earlier this year. First, some backstory: The last time Klum appeared on Ellen DeGeneres' talk show, she was single, so she played a game in which she had to choose between two eligible bachelors. It came down to Drake and Joaquin Phoenix, and ultimately, the America's Got Talent judge picked the actor.

It wasn't long after that appearance that Klum began romancing 29-year-old rocker Tom Kaulitz. "You put it out into the universe! You really did," she told DeGeneres. "And that was a day, actually, when I didn't want to go out all, because I was working. I came home at night and it was my friend's birthday. He said, 'Please come.' So, I got ready again, I put my heels on and I went to the birthday party—and there he was! It was amazing! So, anyone: The day when you don't want to go out—that's when you have to go out! It's what happened to me! It really did!"

When Klum first spotted Kaulitz, "It was to the point so bad that I couldn't even look at him." So, yes, it really was love at first sight. "I had to sit next to him instead of across, because then I would have had to look at him the whole time. It was like an immediate [spark]," Klum said. "You know when that eye thing's happening, and you get warm and fuzzy inside? It was like that."

DeGeneres is happy for Klum, but she was also curious if Drake ever reached out to her after the episode aired in February. "He did. Sorry, Drake! Snooze you lose! You know what I mean? He was basically a week too late," Klum said with a laugh. In reality, she said, "I don't remember when it was, and I didn't have his number; he didn't have my number [either]. Someone who I know knows him, and I guess he asked to have my number, and then he texted me. I was like, 'Oh, my gosh. This is so weird!' But I never texted him back, because I found the love of my life." 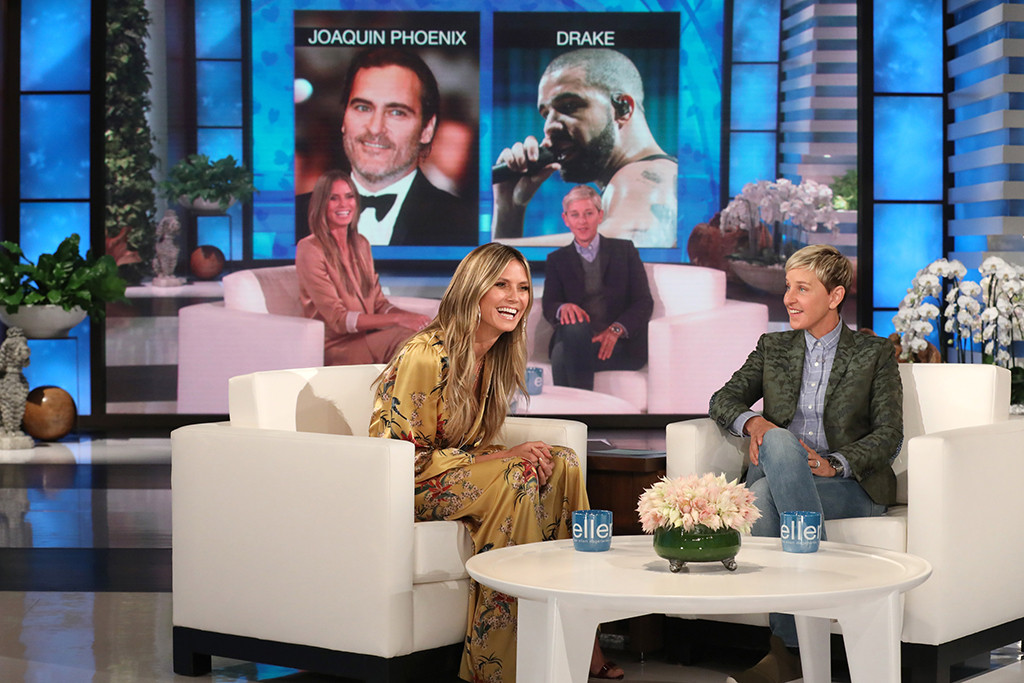 "Wait!" DeGeneres said. "He texted you and you didn't even respond?"

Admittedly, Klum said she could've handled the situation differently. "I'm not good with these kinds of things. I have to learn. You need to write a book about this kind of stuff. I'm not good with the texting stuff, in any case, or this texting etiquette," she said. "Like, some people wait a certain amount of days to call you back or text you back. I don't know. I just didn't get it at all!"

Perhaps it for the best: Klum is happy with Kaulitz, while Drake is...doing Drake. "We met six and a half months ago, and I love him very much," Klum joked of the Tokio Hotel guitarist. "He's German, too. Maybe that was always the thing that was missing: I need a German! We have the same roots, the same upbringing and the same understanding. Or maybe he's the first man who actually understands what I'm talking about. Who knows? But it's working really well."