Look Back at Other Royal Christenings Before Archie Harrison's 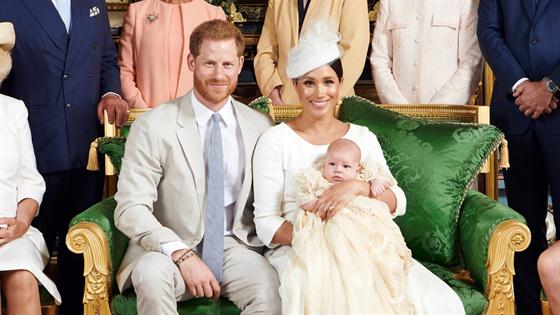 Now Playing
Up Next
Archie's Special Day! Inside the Royal Baby's Christening

Archie Harrison Mountbatten-Windsor, Meghan Markle and Prince Harry's first child and son, was christened on Saturday in a private ceremony at Windsor Castle.

Many members of the royal family were there to celebrate the momentous occasion. In addition to the proud parents, attendees included the child's uncle Prince William and aunt Kate Middleton, grandparents Prince Charles and Camilla, Duchess of Cornwall, and great-aunts Lady Jane Fellowes and Lady Sarah McCorquodale—sisters of Harry and William's late mother Princess Diana.

Queen Elizabeth II and Prince Philip did not attend due to a prior engagement.

The young royal was christened by the Archbishop of Canterbury, the Most Reverend Justin Welby—the same person who performed the christenings of William and Kate's children Prince George, Princess Charlotte and Prince Louis. He also officiated Harry and Meghan's wedding vows in May 2018 and baptized the Duchess of Sussex two months before the nuptials.

In honor of baby Archie's big day, here's a look back at other royal christening throughout the years. 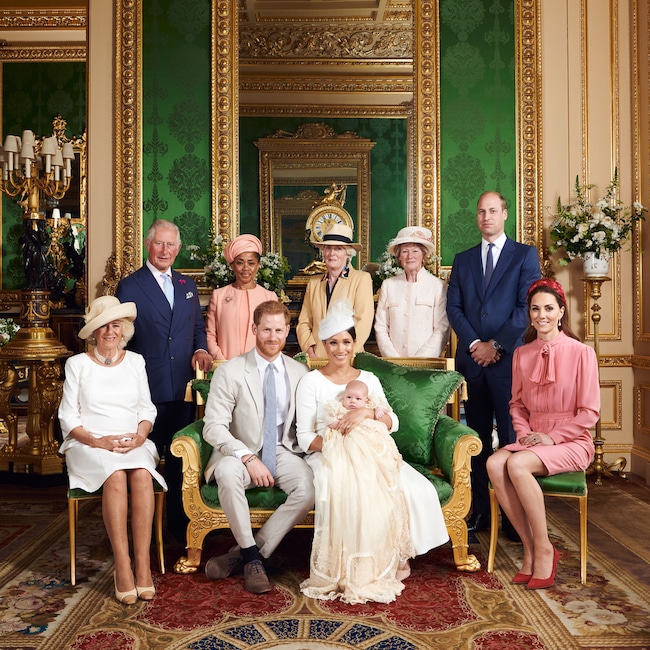 Meghan Markle and Prince Harry appear with their families at their first child's christening in July 2019. 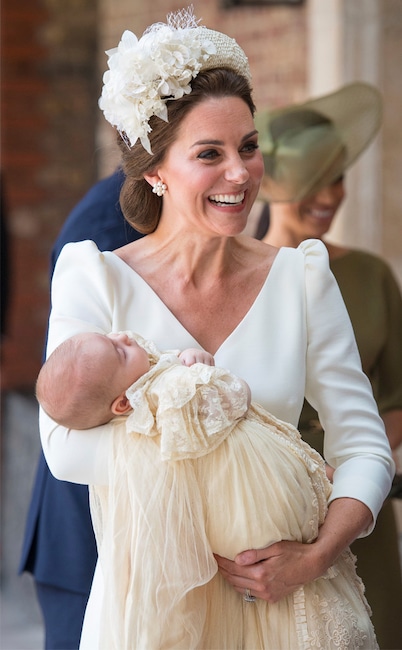 Kate Middleton and Prince William's third child and second son was christened at the Chapel Royal at St. James' Palace. 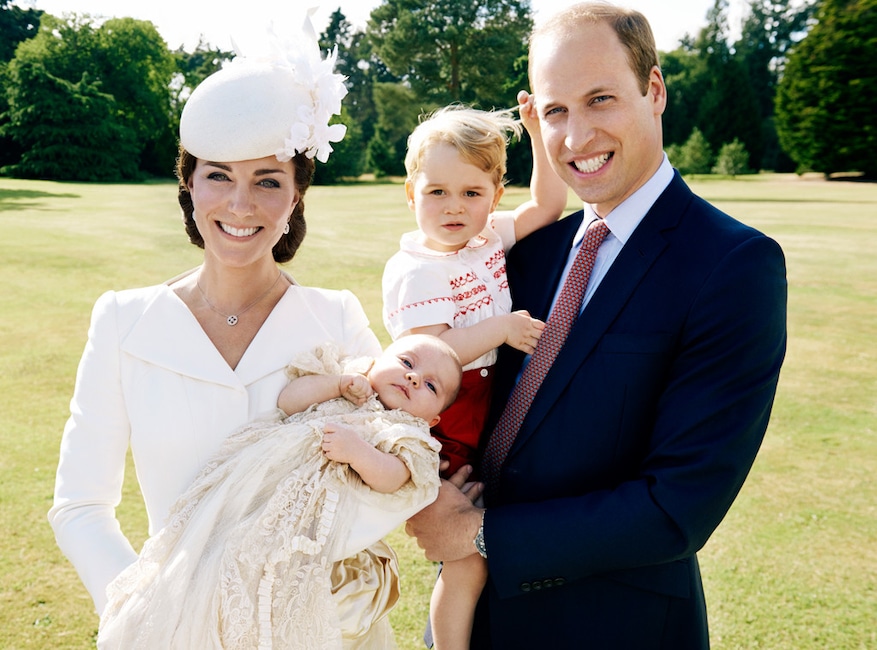 The royals were one big happy family at the 2015 christening of Princess Charlotte. 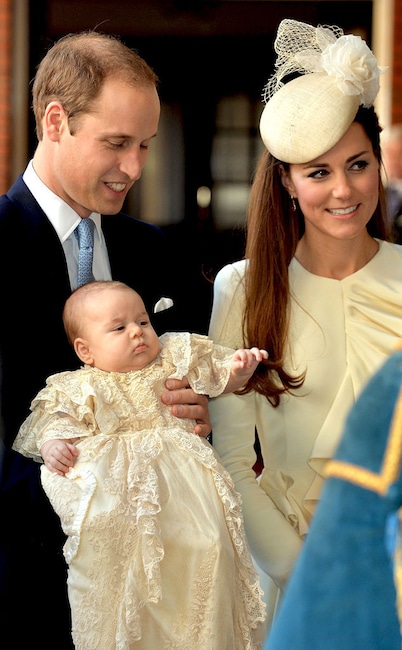 Prince William and Kate Middleton were all smiles at the 2013 christening of their firstborn. 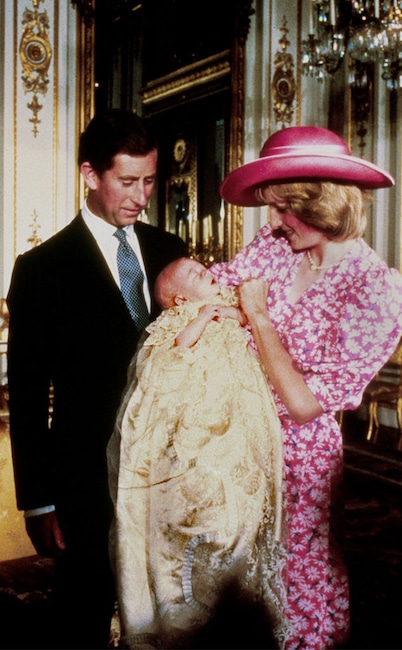 Prince Charles and Princess Diana lovingly look at their firstborn during his christening in 1982. 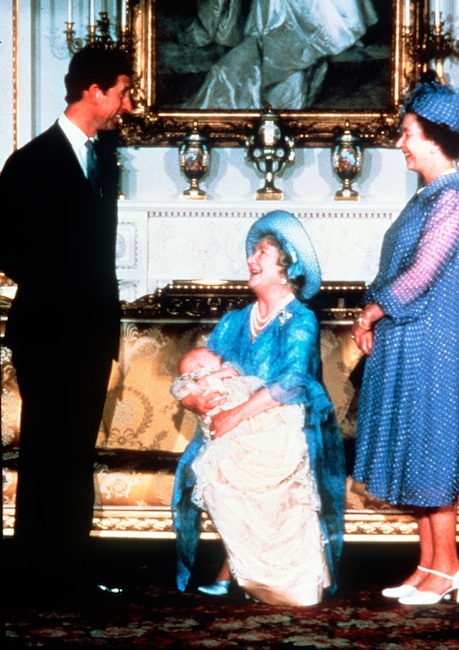 The Prince of Wales with the Queen and the Queen's mother at the christening of the Duke of Cambridge at Buckingham Palace. 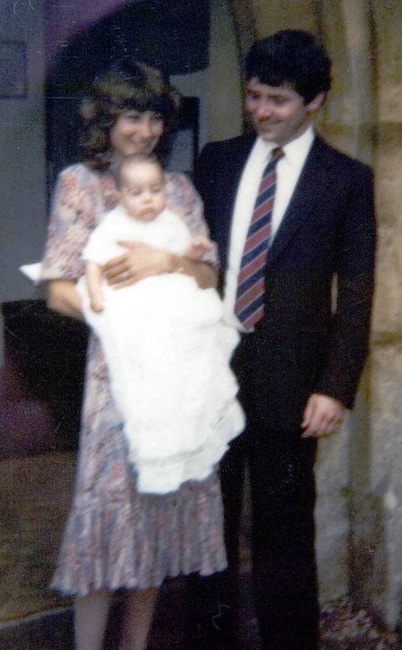 Carole & Michael Middleton hold their daughter, who will later become the Duchess of Cambridge, during her baptism. 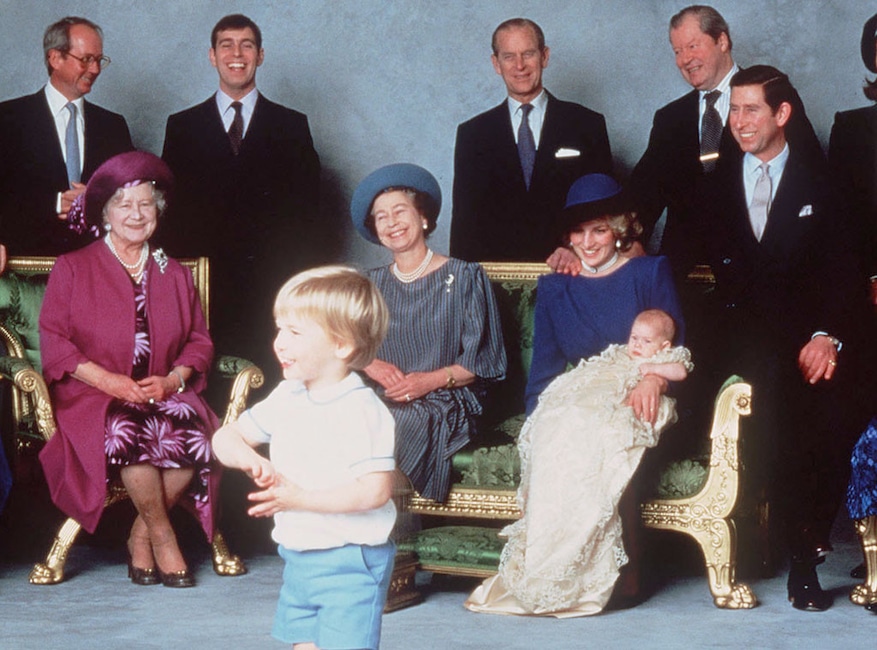 A young Prince William entertains his Royal relatives and godparents who are there to celebrate his brother's christening at Windsor Castle. 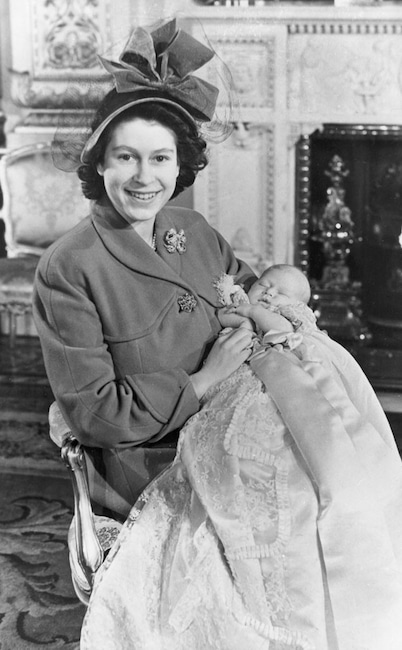 Queen Elizabeth II holding her son after his christening ceremony at Buckingham Palace. 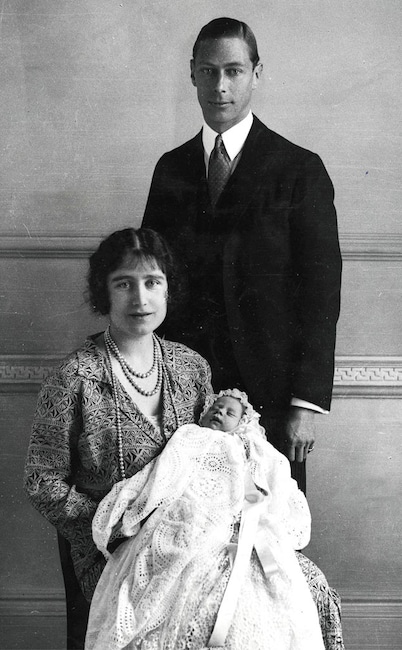 The Duke and Duchess of York (later King George VI and Queen Elizabeth) pictured with their daughter Queen Elizabeth II as she sleeps in a precious christening robe, which has been used in the Royal Family for generations. 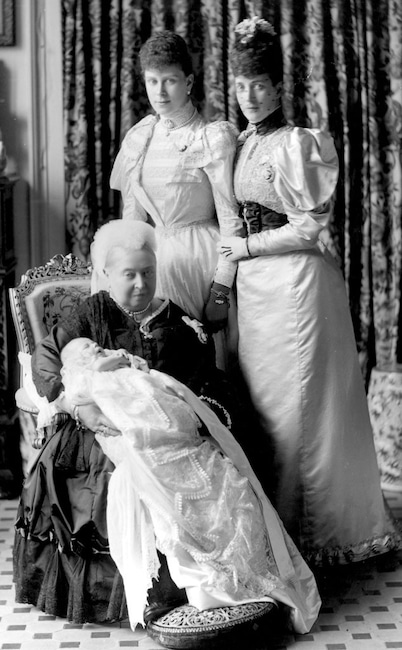 Queen Victoria at the christening of her great grandson, the future King Edward VIII, with the baby's mother Mary of Teck and grandmother Alexandra. 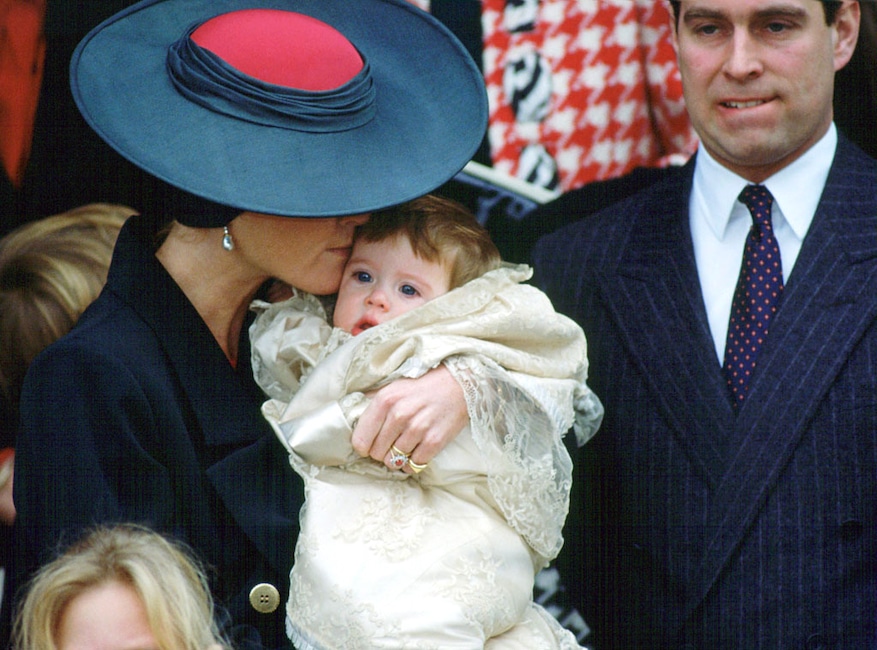 Her mother, the Duchess Of York, gives baby Eugenie a kiss as Prince Andrew looks at his little girl. 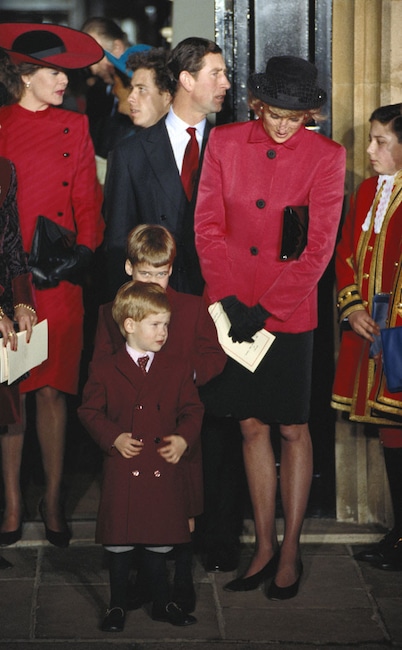 Prince Charles, Princess Diana and their two sons Prince William and Prince Harry attend the christening of Princess Beatrice at the Chapel Royal in England. 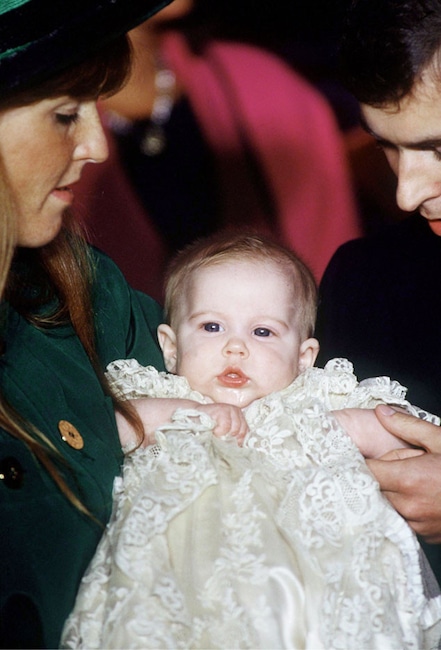 Fergie looks at her young princess during her christening in London. Prince William holds his godson at the baby's christening at the Greek Cathedral of Sophia in London. 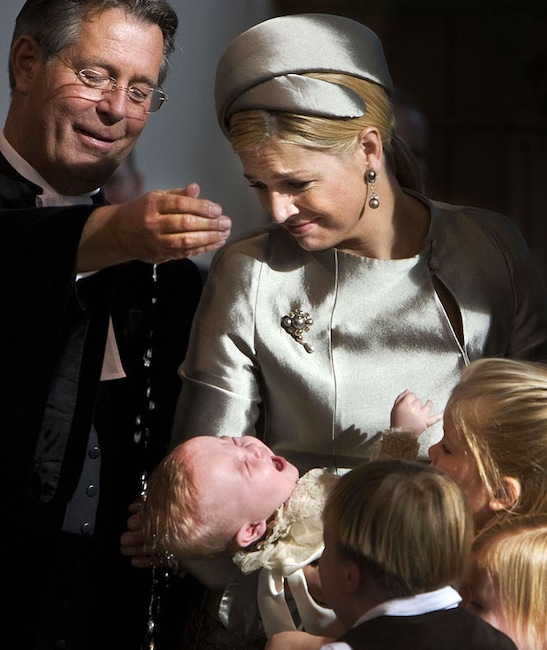 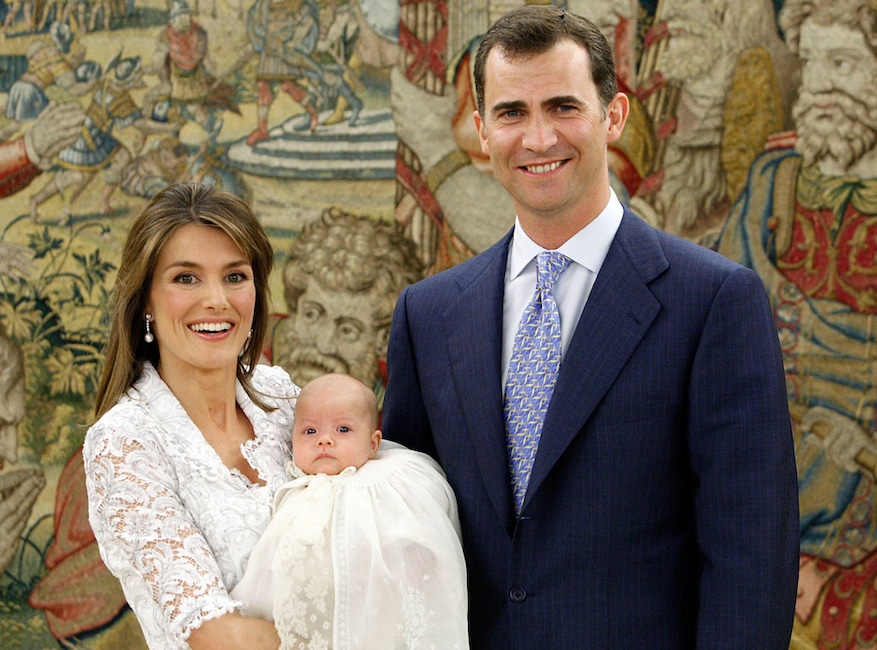 Princess Letizia of Spain holds her daughter as she stands next to Prince Felipe of Spain during Sofia's baptism. 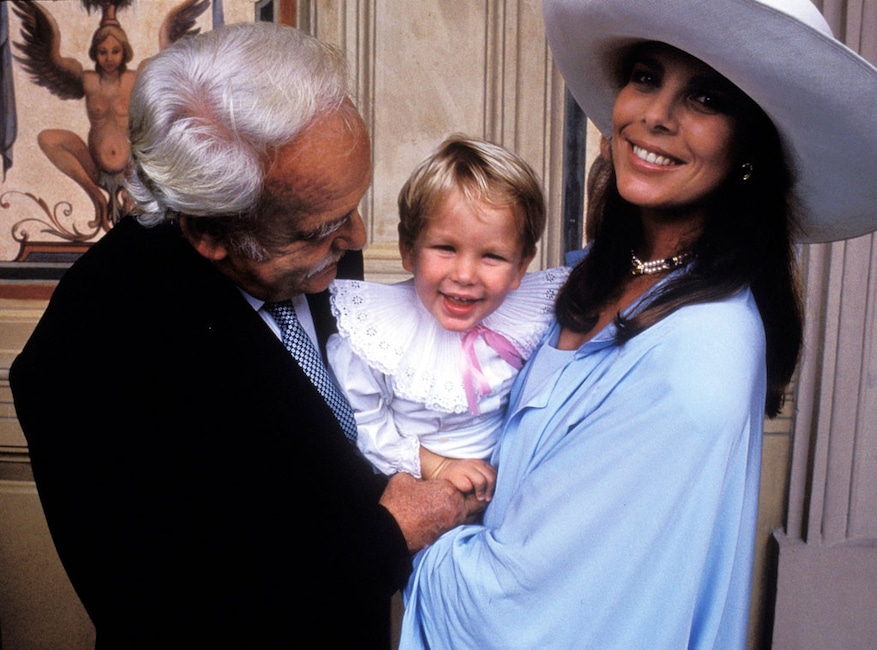 It was all smiles during the baptism of Casiraghi In Monaco.

Princess Mary and Prince Frederik of Denmark pose together after the christening of their twins at Holmens. 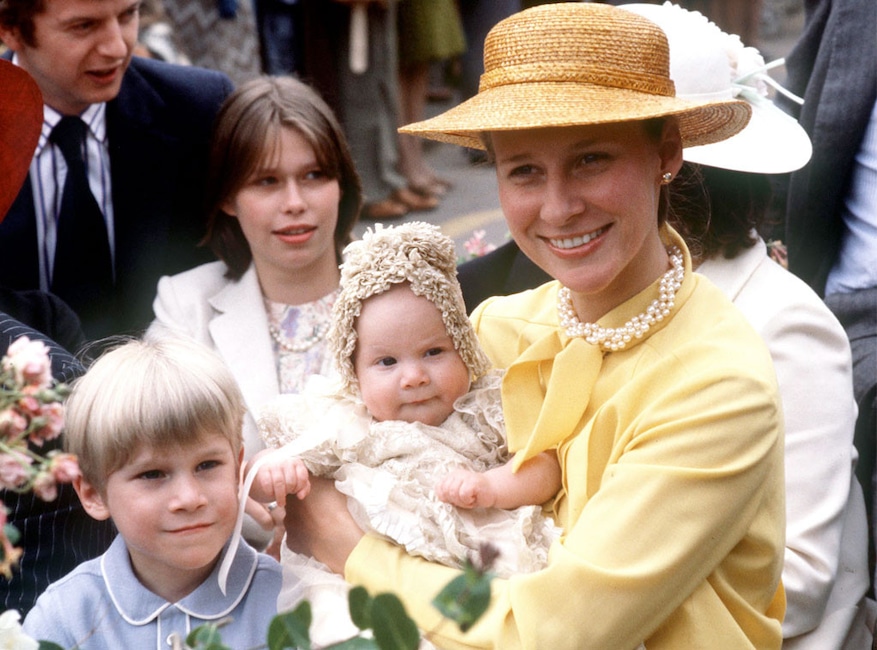 Duchess Of Gloucester with her son The Earl Of Ulster and baby Lady Rose Windsor during her christening. 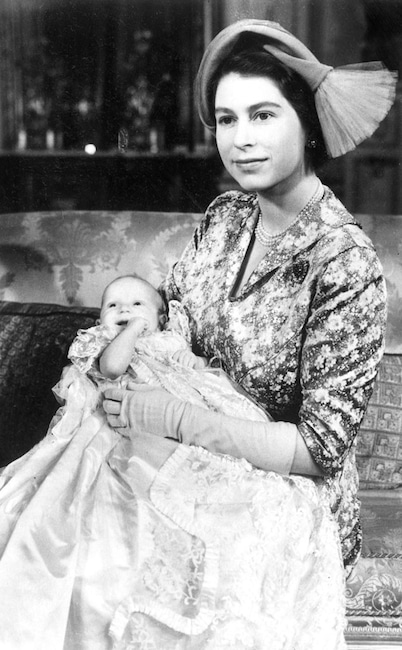 Princess Elizabeth with her baby daughter who is wearing the Royal christening robe made of Honiton lace in 1950. 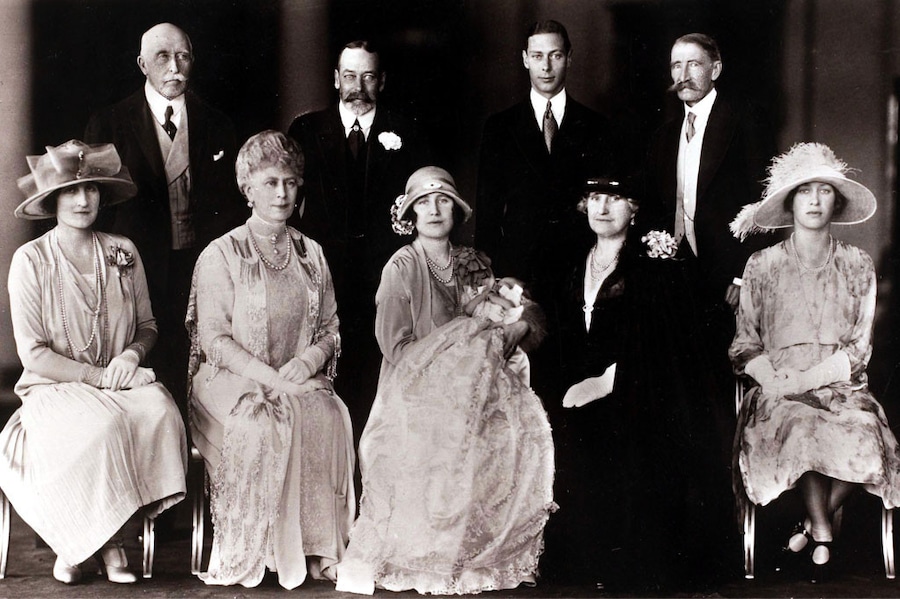 The christening of the royal in1926, with Duke of Connaught, King George V of Great Britain, Duke of York, Earl of Strathmore, Lady Elphinstone, Queen Mary, Duchess of York and baby, Countess of Strathmore, Princess Mary and Viscountess Lascelles present. 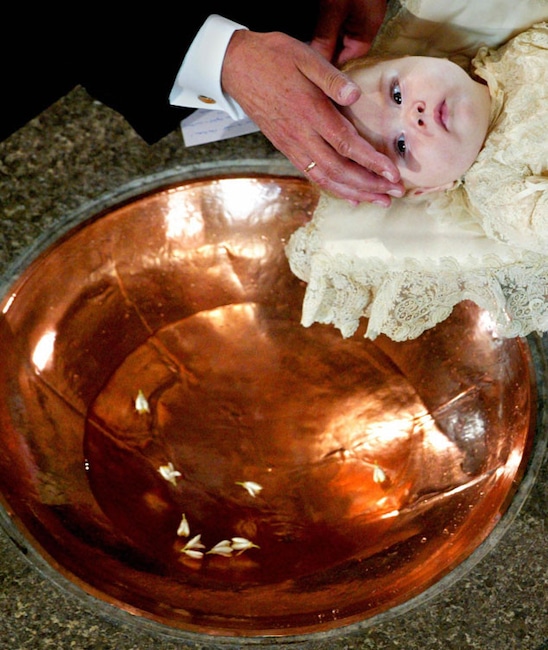 The daughter of Dutch crown Prince Willem Alexander and Princess Maxima in the St. Jacobs church during her christening. 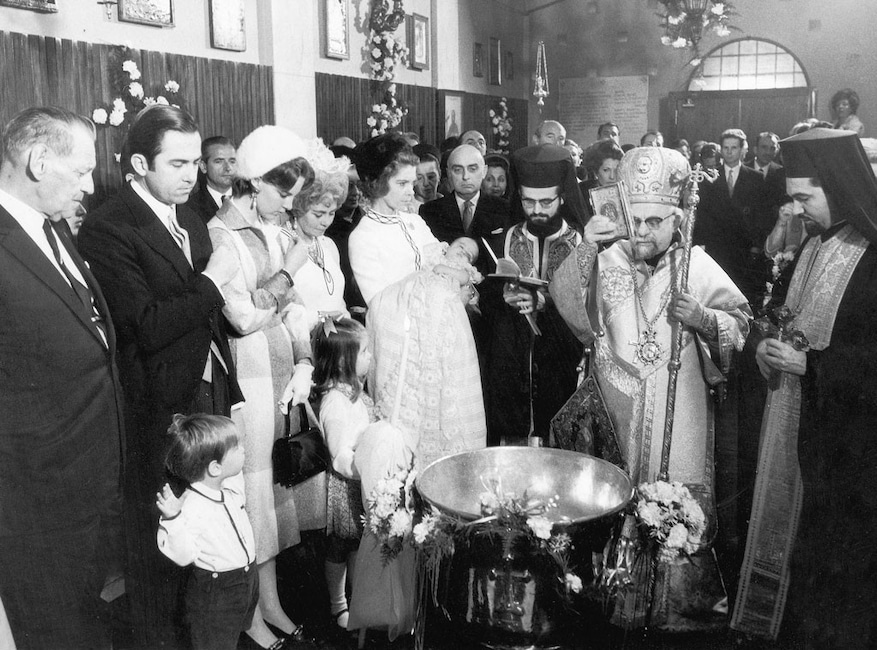 The royal family of Greece at the baptism of Nicola, son of Constantine II of Greece.

NEXT GALLERY: A look back at Prince George's first days

Per tradition, Archie wore a handmade replica of the Royal Christening Robe. The robe was originally made in 1841 for the christening of Queen Victoria's eldest daughter, Victoria. Queen Elizabeth II later commissioned a handmade replica, which George, Charlotte and Louis wore on their big days.

This isn't the only tradition William and Kate are expected to uphold. They're also expected to serve their guests christening cake, which is actually a tier from their royal wedding cake.