The Bachelorette Premiere Awards: The Good, the Bad, and the Chicken

Of course you frickin' do, but just in case somehow you don't, The Bachelorette will remind you whether you want it to or not. Tonight's premiere opened with sobs and actual tears dripping from the tip of Becca's nose as she reminisced over Polaroids of her and Arie living happily ever after together during those two months of secret engaged bliss before he ripped her heart out and gave it to runner up Lauren Burnham. You will NEVER be allowed to forget this national heartache. NEVER!! 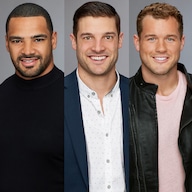 Arie and Lauren now have plans to get married privately on their own absolutely because they want to do that and not because ABC won't give them a TV wedding, but who the heck cares at this point? We are all about getting emotional justice for Becca, and hopefully that's what's in store for her on The Bachelorette thanks to some of the true contenders we met this evening. But of course not all the contenders were true, and there's a lotta questionable content to discuss and too much of it involves a male model named Jordan.

As we did with Rachel's much less already dramatic season, allow us to present…The Bachelorette Premiere Awards.

Best Tear Falling From the Tip Of A Nose

If a girl's gotta be shown sobbing over her garbage ex, it's gotta be a true gross messy sobfest and this definitely was that.

We don't know him personally but for at least the purposes of this show right now, he's (Jean Ralphio voice) the wooooooorst.

Best Reminder That The State of Minnesota Banned Arie For Life

Never forget that the state of Minnesota banned Arie for life. 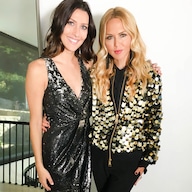 Kaitlyn Bristowe is apparently not of the belief that lighting sage on fire and waving it around a building/ring finger/vagina will help expel demons and/or bad exes. Weird.

We're five minutes in and we're already sick of doing the damn thing!

This originally said "worst thing a date could do to impress us" but then Garrett got that all-important First Impression Rose (which JoJo reminded us has determined the winner the past three seasons of The Bachelorette) sooooo we hope Becca likes Chris Farley.

Listen, it was a lot for us to deal with the Chris Farley impression and a Zoolander line within two minutes of each other, so by the time Jordan was f--king up "Gym, Tan, Laundry" with some goddamn salt spray, we were DONE. 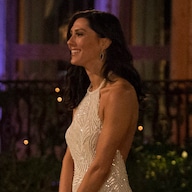 Becca Kufrin Reveals She's Engaged! But Why Are the Bachelorettes Allowed to Spoil Their Season?

Never has a man been more Chicago than Joe from Chicago.

Most Likely to Be Named Jean Blanc

Best Fake Enthusiasm for "Let's Do the Damn Thing"

At least this guy said it in French.

Best Fake Enthusiasm for "Let's Do the Damn Thing" 2

This guy just straight up copied Becca's night one "let's do the damn thing" proposal. No creativity whatsoever!

Best Fake Enthusiasm for "Let's Do the Damn Thing" 3

We've got a dad feeling about Garrett.

We've got a lot of questions, Mike. Where did you get that cardboard standee of arch enemy Arie? Did you custom order it or did a producer give it to you? Do they just have a bunch of those lying around at ABC? How long did it take before some of the guys decided to take out their manly masculine anger out on that piece of cardboard? Why did you not practice your line better? How long have you had that manbun?

"I think I'll get out of the limo and instead of showing off my great personality, I'll suggest that one person should give more to a relationship than the other. She'll love it."

Some tough competition here but we decided we had to give the best chicken award to the guy who dressed like a chicken.

Male model Jordan is already something else. He talked far more than anyone else in the premiere, though not to Becca. He spent six hours picking out his grey suit! He wore shoes that would make a noise like the heartbeat of a gentleman! We hate him. We love him. He's horrible.

How dare Becca get rid of a guy she's met before but who showed no interest until she was on a TV show?!

Legitimate, sure, but also very annoying.

Our money would have been on Blake getting that first impression rose, but alas we were incorrect.

She's not a closet nerd, she's just a regular nerd!

Most Geez Becca, Are You Really a Harry Potter Fan?

Most Definitely That Guy

Suuuure, your ex texted another guy on the show to say you suck but you're not that guy, not that guy at all.

We Made This Gif Too So Here It Is

We have a feeling we're gonna have a lot to gif and gripe about when it comes to Male Model Jordan so we might as well start now.

Check out our interview with Becca for a bit of insight on her man-choosing journey, and be sure to join us again next week for another chilling installment of Boys Being Annoying.

TAGS/ The Bachelorette , TV , Top Stories , Entertainment , Apple News
GET POP CULTURED!
*Email entered incorrectly. Please try again.
By subscribing to our newsletter you agree to the Privacy Policy and Terms of Use
Daily
Weekly