Bachelor Nation is crazy in love with the idea that Ashley Iaconetti and Jared Haibon have finally found their way back to each other.

Just yesterday, the reality TV stars came clean about their undercover relationship—a fairy tale conclusion (or beginning) to three years spent stuck in the friend zone. Ashley fell head over heels for Jared on season 2 of Bachelor in Paradise, but her feelings weren't reciprocated and the instant BFF's settled for the next best thing.

The on-again couple shared in an episode of The Story of Us that a joint vacation with fellow BiP couple Tanner Tolbert and Jade Roper helped Haibon realize his dream girl was right in front of him all along. And now that Ashley and Jared's romance is out in the open, their co-stars and close friends have something to say.

Here's how Bachelor Nation is supporting the duo on their journey: 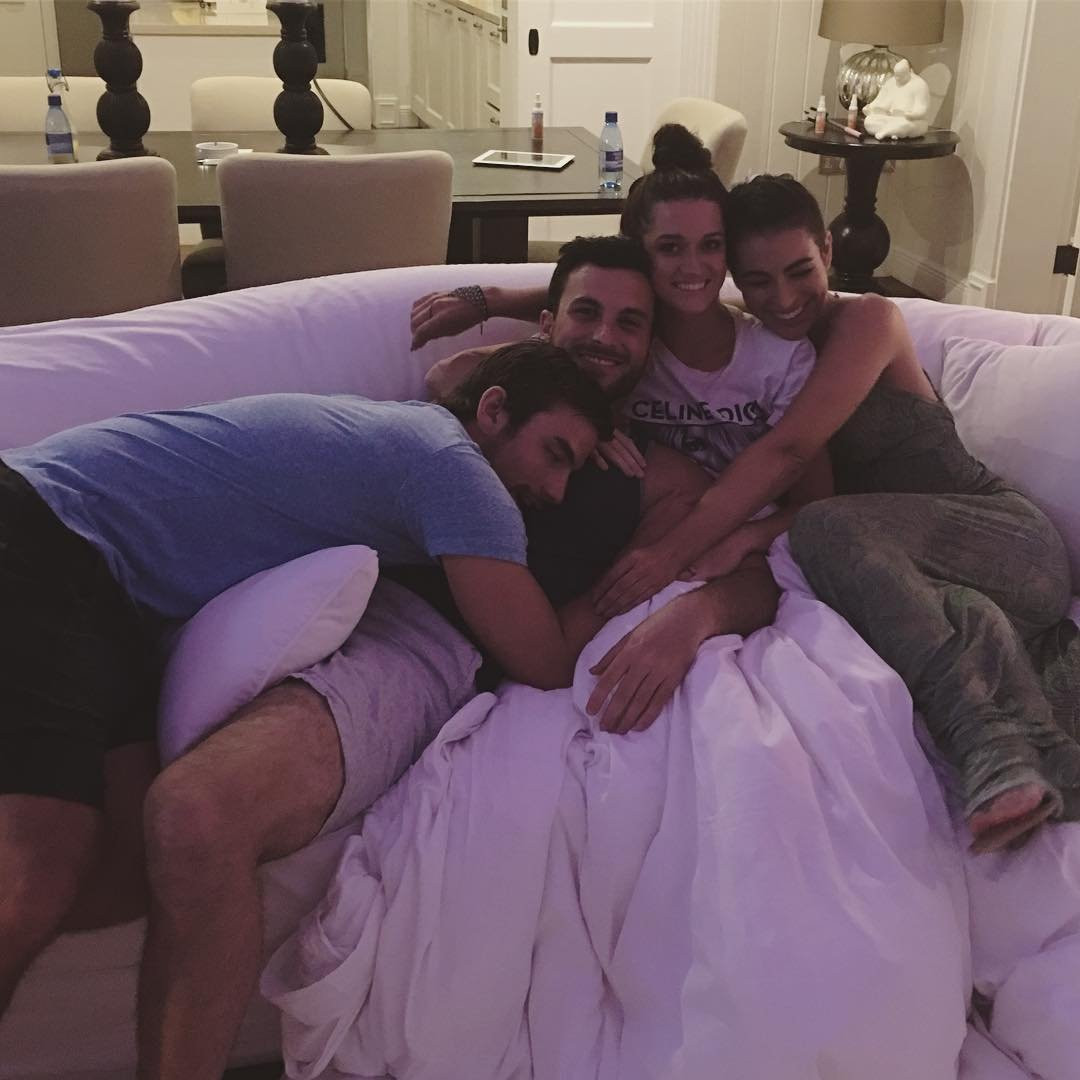 Jade & Tanner Tolbert: Jared described Tanner as his "fairy godfather" in his quest to make things right with Ashley, and the married couple couldn't be more elated for their pals. "Sooo happy for my friends @ashleyiaco and @haibon_jared!" Jade tweeted. "You both know Tanner and I love you crazy kids!" She also added in the comments, "I feel the love!! Best post ever. Love you guys!! Brb crying. Real life rom com love story. You guys are the best. Love you sooo much."

Double dates on the regular! 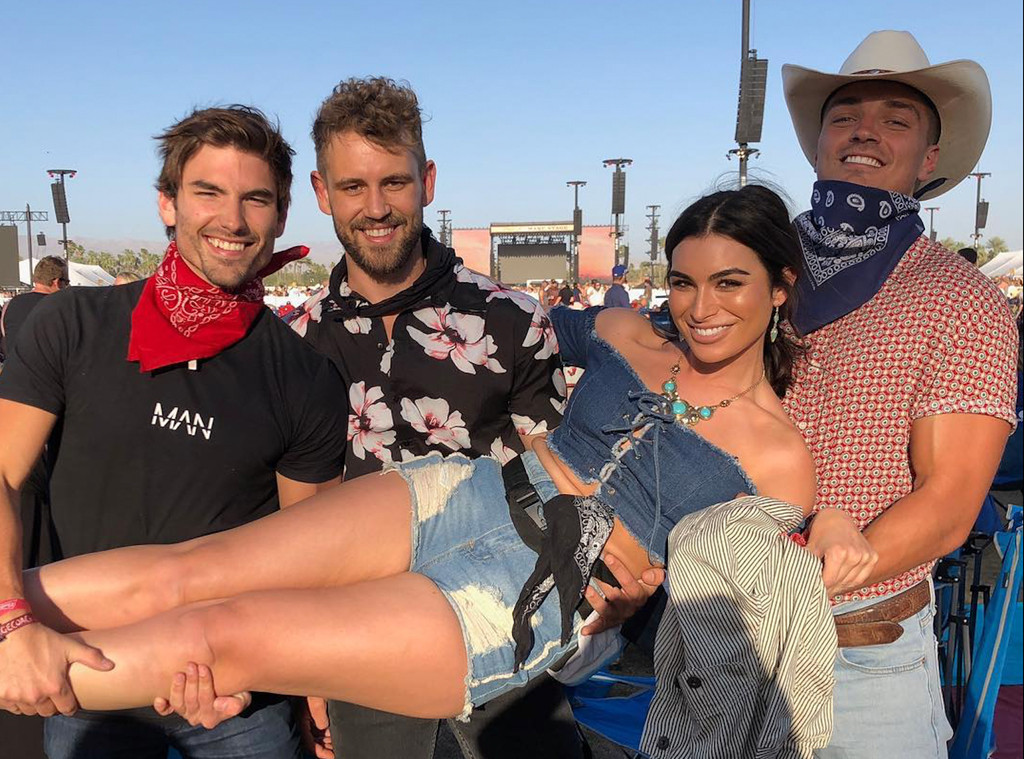 Nick Viall: Season 21's Bachelor shared a heartfelt tribute to the couple, which read, "Having had Jared move in several months ago, I've been blessed to see this relationship unfold. When Ashley found herself in another relationship, it was actually pretty damn adorable to see Jared visibly frustrated. Then getting to watch Jared realize Ashley had been the best thing to ever happen to him and couldn't risk losing her forever was the probably most romantic relative tv I had ever seen."

He reflected, "I remember telling Ashley she will never be with Jared, thankfully I was way off. I never would have thought that only a few years later they would have the type of magic with each other that one day I hope I'm lucky enough to find for myself. I look forward to continuing to be your unofficial third wheel and photographer."

Couldn’t be happier for these two! 💜 So don’t mind me while I sit on the floor beneath the canoodling. Click the link in my bio for Jared to fill you in on what’s going on here

Dean Unglert: The hopeless romantic and Bachelor in Paradise star wrote on Instagram, "Couldn't be happier for these two! So don't mind while I sit on the floor beneath the canoodling." 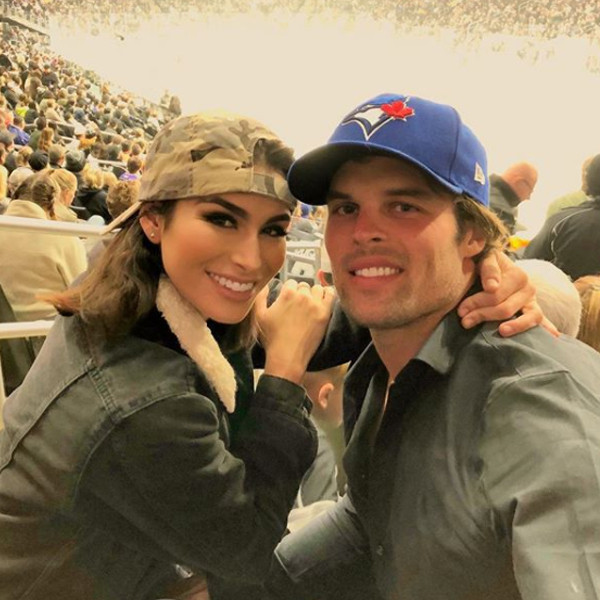 Kevin Wendt: No hard feelings here! Ashley's ex, who she met on The Bachelor Winter Games and was still in a relationship with when Jared professed his love, shared his support on Twitter. "Happy for you both ash," the Canadian firefighter wrote. "He's a lucky man."

Caila Quinn: Likewise, Jared's ex had this to say about his new relationship. "Happy everything worked out in the end. Congrats #TheStoryofUs," she tweeted.

A Bachelor love story for the ages! We can't wait to see what's next for the self-proclaimed "soulmates."

TAGS/ The Bachelor , The Bachelorette , Bachelor in Paradise , Couples , Apple News , Top Stories
GET POP CULTURED!
*Email entered incorrectly. Please try again.
By subscribing to our newsletter you agree to the Privacy Policy and Terms of Use
Daily
Weekly