We speak for all of Bachelor Nation when we say: "FINALLY."

After three years of crying and friend-zoning, Ashley Iaconetti and Jared Haibon announced they are a couple on Tuesday, much to the delight of their friends, family and fans from The Bachelor franchise. Viewers have watched (and dissected) their complicated relationship over the years, which all began on a little beach in Mexico with a whole lot of tears. Oh, how far they've come!

In honor of their unique and unusual love story, we're looking back on their journey from friends to exes to best friends to soul mates... 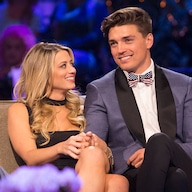 He Said, She Said: The Reasons Every Bachelor and Bachelorette Couple Has Given For Their Breakups 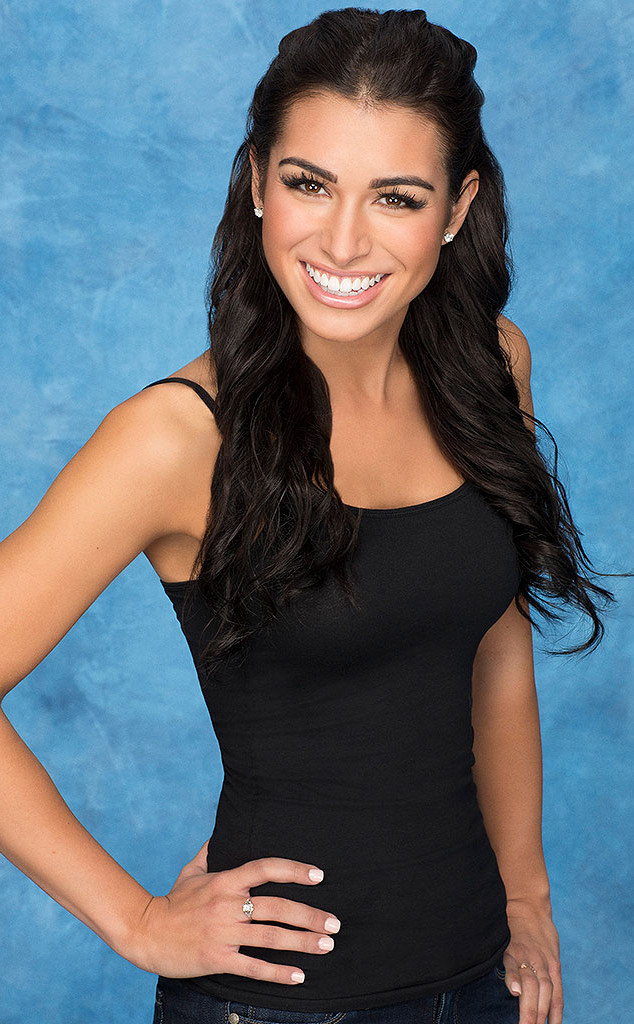 January 2015: Ashley first made her debut in Bachelor Nation during Chris Soules' season of The Bachelor, where she cried over not being taken on the princess date and was  dubbed "Kardashley" because of her love for (and resemblance to) the Kardashians. Her job title was journalist, but she really earned headlines for being a virgin that liked to make out. A lot. (A lot of people had trouble understanding this for some reason.)

She was sent home during one of the franchise's most infamous two-on-one dates with Kelsey "Isn't My Story Amazing?" Poe. (Whatever happened to her?)

May 2015: During the franchise's next outing, Jared, then just a quiet restaurant manager from Rhode Island, made it to the final four of Kaitlyn Bristowe's season of The Bachelorette.

We met two years ago today, @jaredhaibon! Let's reflect today on this beautiful, publicly confusing friendship and all the times I was a huge pain in your ass.

June 4, 2015: Jared and Ashley I. actually met on this day, per her Instagram, on the first day of filming for Bachelor in Paradise in Mexico. "Let's reflect today on this beautiful, publicly confusing friendship and all the times I was a huge pain in your ass," she wrote on June 4, 2017.

August 2015: Season two of Bachelor in Paradise begins airing, with fans watching as Ashley quickly fell (HARD) for him. Though they end up spending time together, it's clear Jared doesn't want to be in a relationship, and ends up breaking up with Ashley, both choosing to leave the show. Ashley does not take this well, with many .GIFS of her crying created during this season.

Oh, she even called Kaitlyn to ask her "what the f—k she did" to him.

Oddly enough, Jared and Ashley become best friends after their time on BIP.

February 2016: Jared and Ashley had a "difficult and direct conversation" and didn't speak for a few weeks after, where they realized they'd "rather be each other's friends and in each other's lives" than stay apart.

We're thinking he meant the time Ashley started crying at Jade and Tanner's televised wedding when she believe he would make a grand romantic gesture...and did not. 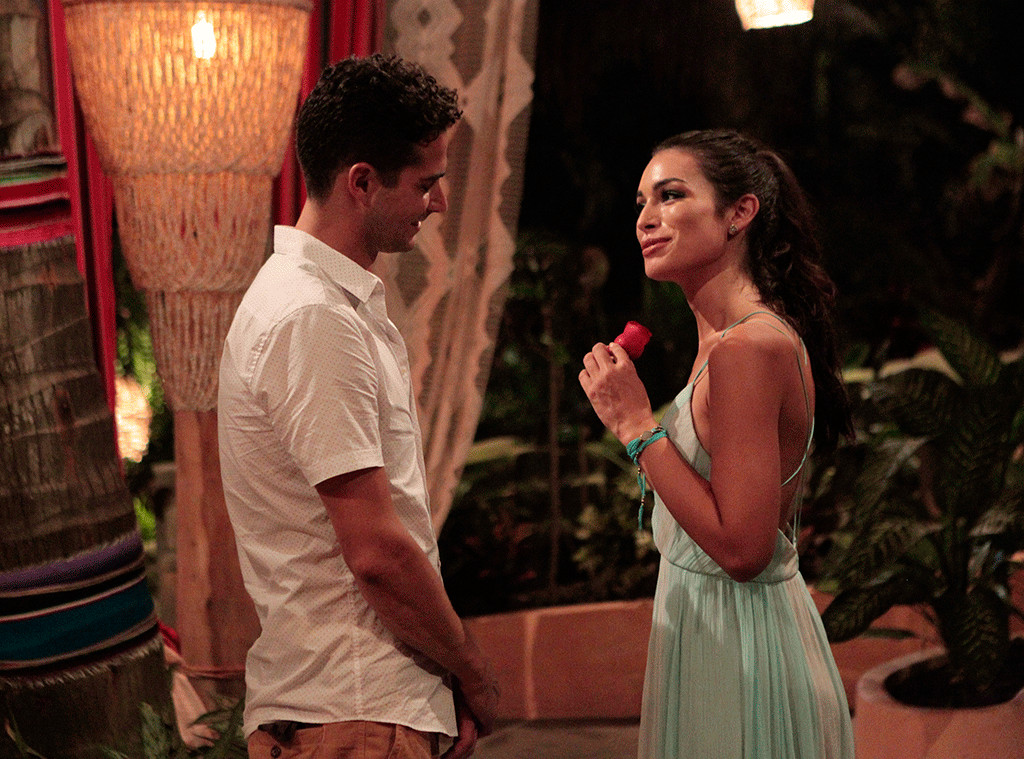 August 2016: Oh boy. Jared shows up for season three of BIP ready for another shot at love, and forms a connection with Caila Quinn, fresh off making it to the final three of Ben Higgins' season. And then Ashley comes down the stairs and s—t hits the fan.

Caila can't handle the situation (and doesn't have that strong of feelings for Jared, really) and quits, leading Jared to quit. Ashley stays and casually dates Wells Adams, but leaves the show single.

August 2016: During an appearance on the After Paradise live show, Jared revealed he and Ashley had kissed prior to season three of BIP's filming, but they never explored a relationship. Ashley apologizes to Jared and Caila for trying to interfere in their relationship, with Jared quickly forgiving her.

December 2016: Despite their drama on the beach, the duo went on vacation together to the Bahamas to celebrate Jade Tolbert's 30th birthday, just one of their many trips together.

Everyone needs an Ashley in their life, I'm lucky to have a friend like her. Happy birthday @ashley_iaconetti

March 2017: Jared wishes Ashley a happy birthday with an adorable Instagram post. Dude, come on, how did it take you this long to realize?!

August 2017: Ashley I. jokes that both of them NOT going to Bachelor in Paradise for season four was beneficial for their friendship.

September 2017: Another group trip, this time to Tahoe, with Dean Unglert, Ben Higgins and other Bachelor alumni tagging along.

November 2017: Ashley wishes her "bestie" Jared a happy birthday on Instagram. "Here's to another year of driving each other nuts!!" she wrote.

January 2018: Ashley goes on The Bachelor Winter Games and ends up in a relationship with Kevin Wendt, a firefighter coming off an engagement on the first season of Canada's The Bachelorette. They "won" the show and continuing their romance after filming ends.

Thirty, flirty, and completely thriving! A lot of important people in my life are missing from this photo, but damn, did this group make me feel loved on this milestone birthday. 💗

March 2018: Jared was on hand to help Ashley celebrate her 30th birthday, with fans noticing that Kevin was not present.

March 2018: Ashley and Kevin reveal the news of their breakup on her podcast, iHeartRadio's "The Ben and Ashley I Almost Famous Podcast." He jokingly accuses her of friend-zoning him.

April 2018: Jared's appearances on Australia's version of Bachelor in Paradise begin airing, though it was filmed months ago. He leaves that version of Paradise single, too.

May 2018: While Ashley's romance with Kevin didn't work out, it did help Jared finally come to terms with his feelings for her, with the two quietly starting to date after her split. He even wrote Ashley a very heartfelt letter after watching the romance play out.

Ashley explained she "never cheated" on Kevin with Jared, but explained they had talked about his feelings before Bachelor Winter Games aired.

"He is my person," she told her co-host Ben Higgins during iHeartRadio's The Ben and Ashley I Almost Famous Podcast on Tuesday. "He is my soulmate."

TAGS/ Bachelor in Paradise , The Bachelor , The Bachelorette , TV , Top Stories , Apple News , Entertainment
GET POP CULTURED!
*Email entered incorrectly. Please try again.
By subscribing to our newsletter you agree to the Privacy Policy and Terms of Use
Daily
Weekly