Thank you Chrissy Teigen for keeping it real.

The candid star gave birth to a son last week with husband John Legend. As to be expected of the social media maven, the famous mama has been keeping fans looped into her new life with two little ones via her digital platforms.

Late Sunday, she shared a shot on Instagram that instantly caught fans' eye. The photo was of Teigen cradling her swaddled newborn in one arm with her firstborn daughter Luna Stephens behind her playing with a pink toy harp. The star was wearing a pair of post-birth underwear visible over the top of a flowing skirt and was holding what appeared to be an avocado in her free hand.

"If you haven't seen @aliwong's new Netflix special, you are bad at picking Netflix specials #asianpearunderwear," she captioned the shot, referencing the comedian and fellow mom of two. During her latest special, Wong poked fun at the typical postpartum underpants and described them as the "same material that they package those fancy Korean pears in." 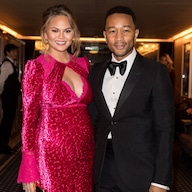 wow didn’t u just have a baby John smh go take care of it !!!!!! disgusting pic.twitter.com/l20XJGQ2Fu 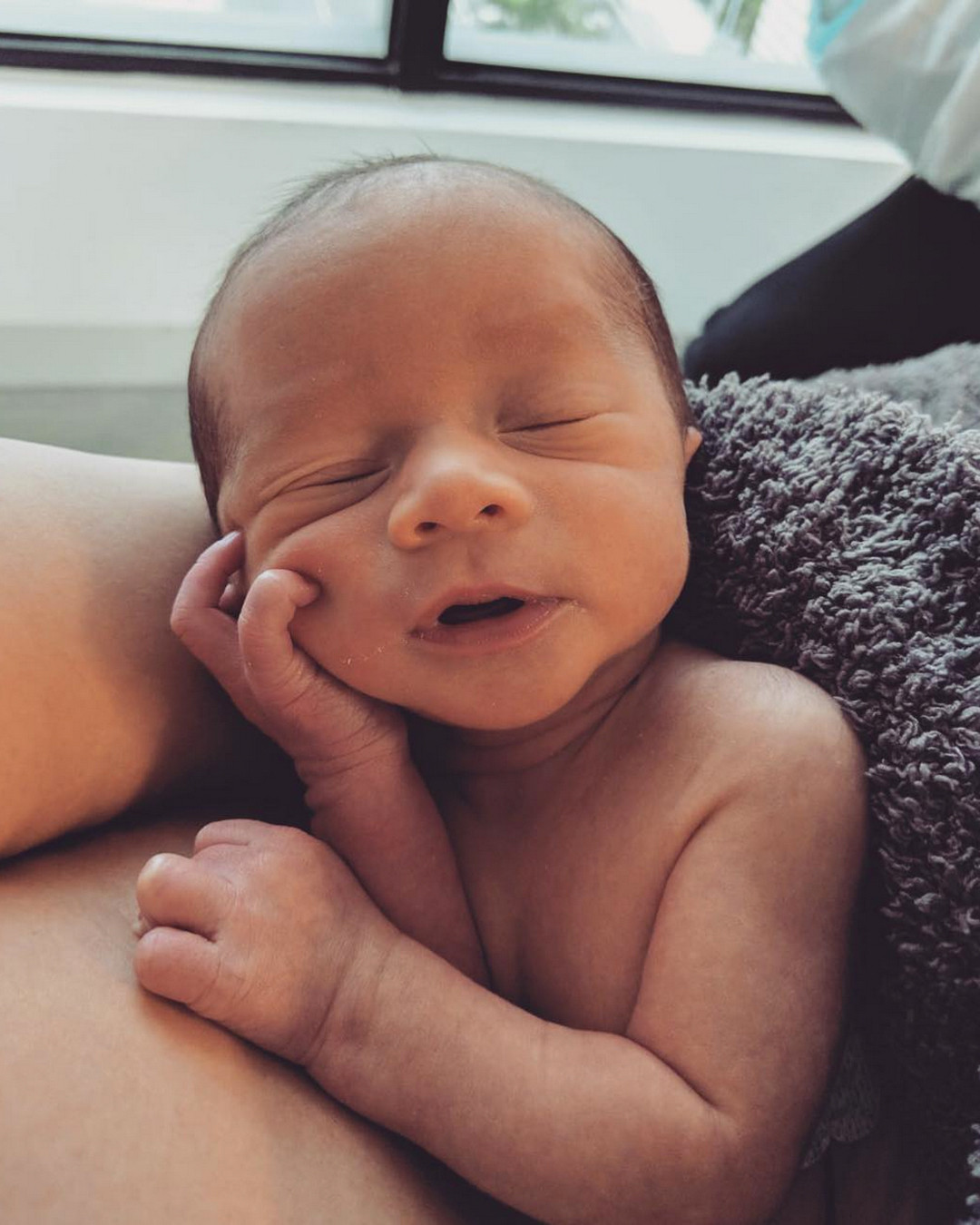 Teigen, who has helped to normalize stretch marks and breastfeeding in the past, shared yet another authentic image—this time of what life looks like for her less than a week after giving birth. A mom juggling it all—no filters, no Photoshop and no glam squad.

While the star was busy at home with the two kids, her musician hubby was slated to perform at the 2018 Billboard Music Awards. So, she decided to poke some fun at him when it came time for a red carpet interview with E! News.

"Wow didn't u just have a baby John smh go take care of it !!!!!! disgusting," she tweeted with a photo of Legend on the TV. Of course, the jab was satire aimed at the fans who criticized her and Legend when they went out for dinner after welcoming Luna.

It's clear the two proud parents have gotten through their first week as a family of four with some humor on their side.

On Sunday, they also formally introduced their son to fans with an adorable first Instagram portrait of their little guy propping his head up with his hand. "Hello, world! This is Miles Theodore Stephens," Teigen captioned the picture. "We are drowning in his little peeps and nuzzles. Our household feels overwhelmed with love. Thank you for all your well wishes!"

As Legend explained to E! News on the red carpet, the baby's name is inspired by Miles Davis as Luna's middle name was by Nina Simone. "We named our first daughter Luna Simone Stephens and every name we give to our kids I think will have a little bit of musical history to it," he explained to E!'s Jason Kennedy.

"Miles of course is the same name as the great Miles Davis and Chrissy really liked the name Theodore, so we put it all together and had Miles Theodore Stephens," the star continued. "When he came out and we hung out with him for a little while, we were like, 'He looks like a Miles.'"