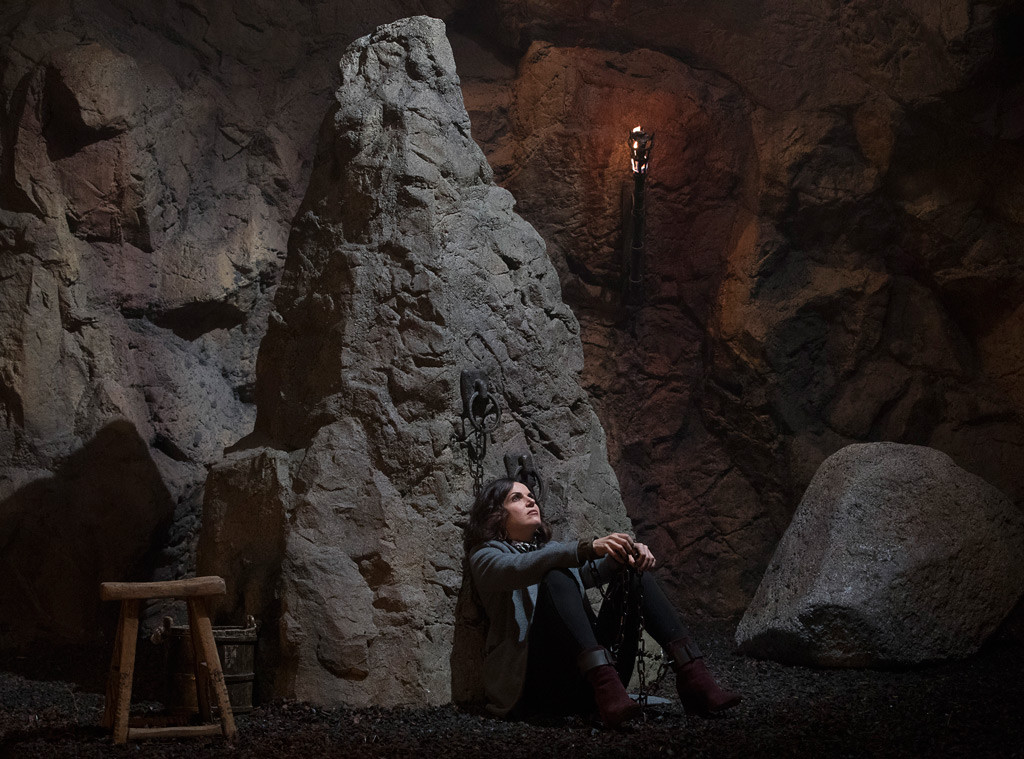 The storybook is about to close on Once Upon a Time once and for all.

After seven seasons of fairy tale remixes and mash-ups, ABC's long-running drama sings off for good on Friday, May 19 with what promises to be one epic final adventure. Beloved characters will return, curses will be broken, the day will undoubtedly be saved, and tears will flow as we officially say goodbye to Storybrooke and everyone who resides within the enchanted city limits. (Sure, we're saying goodbye to Hyperion Heights, the new setting for rebooted show's final season, but let's be real—will anyone miss the place all that much?)

But for one series regular, the denial that this is the end of the road is very real. 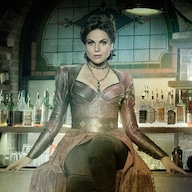 "No, it has not. It has not and I think I'll deal with it in July," Lana Parrilla, who's starred as Regina Mills (and her alter ego, The Evil Queen) since day one and was one of only three series regulars to stick around full-time for the season seven reboot, told E! News when asked if it had begun to sink in that this time in her life was really over. "I've decided I'm going to reserve the month of July to let go of Regina. I'm not there yet."

Of course, there's still one last hour left for us to savor the OUAT goodness with an episode that will see Alice (Rose Reynolds) and Robin (Tiera Skovbye) rise to the occasion to recruit some familiar faces—welcome back, Ginnifer Goodwin and Josh Dallas!—and rescue Regina, Hook (Colin O'Donoghue), Gold (Robert Carlyle), Henry (Andrew J. West), Ella (Dania Ramirez) and Lucy (Alison Fernandez) from the Wish Realm.

"Once Upon a Time is—we're always action-oriented. We've got to problem solve! So there's a little bit of that," Parrilla teased. "I think where we end up, at the end, is truly satisfying and beautiful and heartfelt. I think the audience is going to be very happy with our series finale."

As the actress told us, having the opportunity to work with her old co-stars one last time before wrapping on the series was a truly joyous occasion. "Oh my God, it was great. I just loved seeing them. It just made me so happy," she gushed. "I have a scene with Ginny and Josh—I have a couple scenes, actually, with Ginny and Josh and they were just a blast. I love them."

When asked what she believes OUAT's legacy might be when we look back on the series years from now, Parrilla focused on a facet of the show that was never more clearly illustrated than with her very own character, who began as the show's central villain before morphing into one of its most beloved heroes.

"I think they're going to think about family, hope, love, perseverance, survival. I mean, all the things that are part of our lives and things we struggle with daily, that we are constantly trying to fight to overcome to be better versions of ourselves," she admitted. "That's really what this show represents. Because that's what everyone ends up being, is a better version of themselves. And I hope that everyone strives to continue to be like that in their own personal lives."

And as for what bringing Regina's journey to fans for the past seven seasons has meant to her, Parrilla was equally as effusive. "Oh my gosh, it's been such a learning curve. I've grown so much as a woman, as an artist, as a new director," she shared. "I never knew that I would be so lucky and so blessed to be a part of something like this."

Once Upon a Time delivers its final "happily ever after" on Friday, May 18 at 8 p.m. on ABC.

TAGS/ Once Upon A Time , TV , Entertainment , Apple News , Top Stories
GET POP CULTURED!
*Email entered incorrectly. Please try again.
By subscribing to our newsletter you agree to the Privacy Policy and Terms of Use
Daily
Weekly