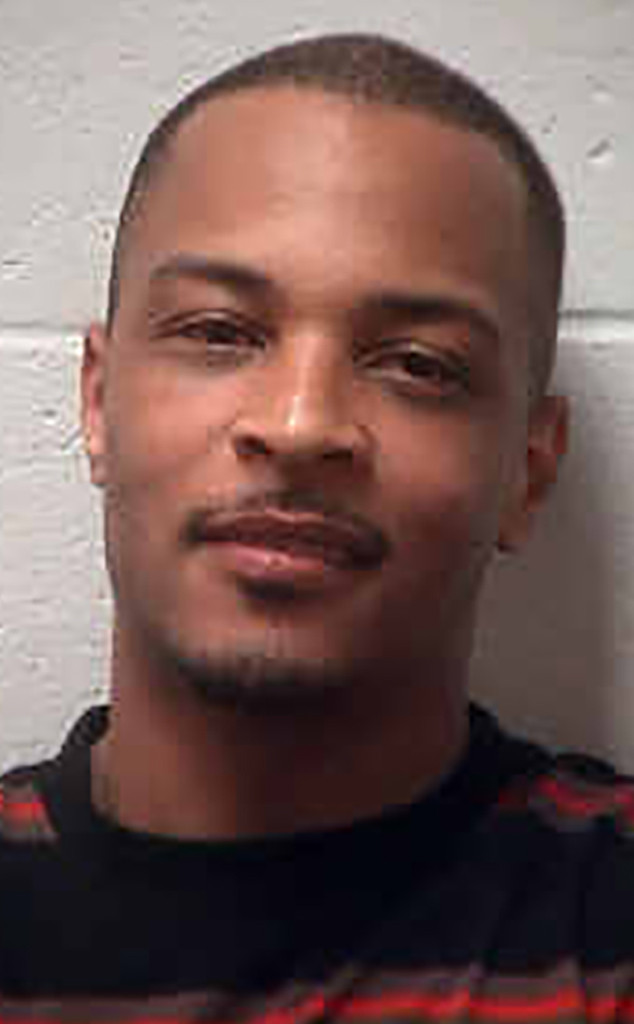 T.I. was arrested on Wednesday for disorderly conduct, public drunkenness and simple assault.

Channel 2 Action News, which broke the story, reported that the "Live Your Life" star returned to the gated community where he lives around 4:00 a.m. and that he didn't have his keys. As a result, the security guard, Euwan James, refused to let him in. Another man by the name of Marquinarius Holmes was with T.I.

According to a police report, James told officers T.I. "started to use profanity" and was "yelling at him to open the gate." The rapper, whose birth name is Clifford Joseph Harris Jr., also alleged he found James asleep and woke him up.

Both parties claimed James then opened the gate and let T.I. inside. However, the "Bring Em Out" star later walked back to the gate. T.I. then asked James for his name and to speak to a supervisor; however, he claimed that the security guard did not provide this information.

Per the police report, James told officers T.I. "was threatening him" and asked him to come outside. T.I. told authorities he asked James to come outside so he could explain who he was.

The Henry County Police Department was called to the scene. In a recording of the call, T.I. can be heard saying, "I own property in here. You report to me, sir."

An officer wrote that he could "smell alcohol coming from [T.I's] breath" in the police report.

According to the Henry County Sheriff's Office, the rapper was detained around 6:00 a.m. and released on his own recognizance around 7:51 a.m. He paid a bail of $2,250. Holmes, who had a warrant out for his arrest, was also arrested.

T.I. attorney Steve Sadow released a statement on behalf of the rapper. In the statement, he referred to T.I. as "Tip."

"Tip was wrongfully arrested early this morning when he attempted to gain entrance into his gated community—where his wife 'Tiny' and his family reside," he stated. "The guard was sound asleep when Tip arrived at the guardhouse. It took Tip some time to wake up the sleeping guard. Tip clearly identified himself and sought entry. The guard refused entry. Tip was in contact with 'Tiny' by phone and 'Tiny' confirmed that Tip should be let in immediately. The guard continued to refuse entry without justification. Words were exchanged and apparently the guard and/or a supervisor called the police. When the police arrived, they were not interested in hearing Tip's side of the story and wrongfully chose to end the situation by arresting Tip."

E! News has reached out to T.I.'s rep for comment.

TAGS/ Breaking , Top Stories , Apple News
GET POP CULTURED!
*Email entered incorrectly. Please try again.
By subscribing to our newsletter you agree to the Privacy Policy and Terms of Use
Daily
Weekly