Is the last man standing getting the last laugh?

Less than one year after being canceled by ABC, Tim Allen's sitcom Last Man Standing is the next show set to be revived, E! New has learned.

Fox is ready to resurrect the show, which ran for six seasons, and Allen took to Twitter to rally the fans on May 3. "They heard all your voices people!! LMS just might be a reality. Keep it up. Who wants more #LastManStanding?"

According to The Hollywood Reporter, Allen has signed on, with discussions already underway with the producers and other stars of the canceled show.

But why is Fox interested in bringing back LMS less than one year after it went off the air? It's not nearly long enough to generate the nostalgia factor like Will & Grace and Roseanne have. Well, Allen can send an Edible Arrangement Roseanne Barr's way.

Roseanne's huge comeback on, oddly enough, ABC, likely lead to Last Man Standing's salvation. The Roseanne revival's massive record-setting numbers proved audiences were more than open to conservative political views on their TV screens. In real-life and onscreen, Barr is a supporter of Donald Trump (and the president even called to congratulate her on the show's success after its premiere).

Allen is also conservative and has expressed pro-Trump sentiments in the past, with his character Mike Baxter dressing up as the commander-in-chief in the Last Man Standing's 2016 Halloween episode. 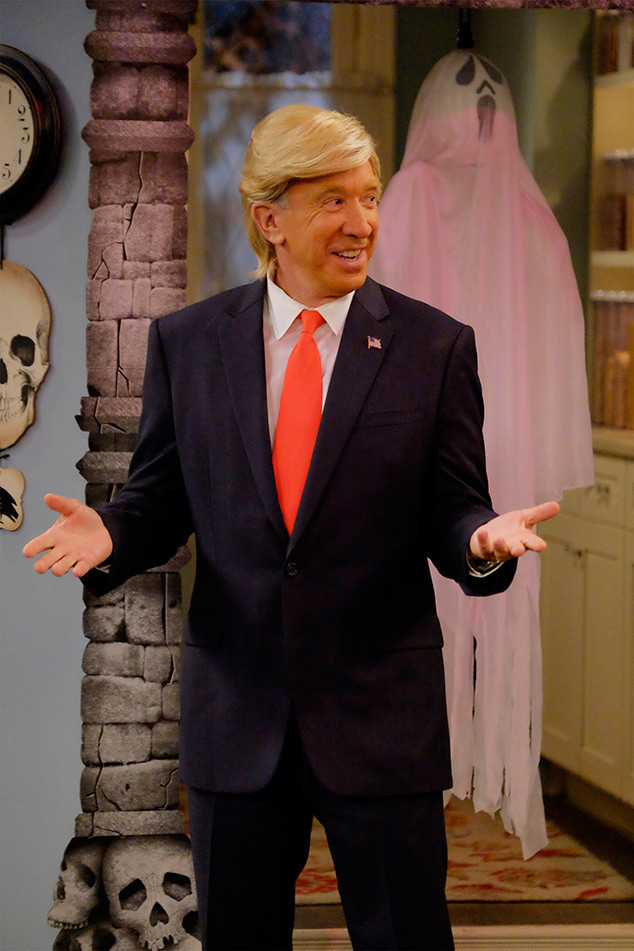 After LMS's cancellation, Allen went on Norm Macdonald Live to talk about the show's old-school mentality, comparing it to All in the Family.

"I always wanted Last Man Standing to be like Archie Bunker," he explained. "Archie Bunker pushed boundaries, but Carroll O'Connor was not that guy at all. I am a version of that guy. But there is nothing more dangerous, especially in this climate, than a funny, likable conservative character. He is mitigated on the show by a family of women who had a difference of opinions, but [Mike Baxter] was a likeable guy and a principled guy about work and ethics and all this stuff, I think."

After its cancellation, a Change.org petition, which received over 400,000 signatures, claimed LMS "is one of the only shows on broadcast television, and the only sitcom, that is not constantly shoving liberal ideals down the throats of the viewers."

But at the time, ABC's president of entertainment, Channing Dungey, denied that politics lead to the show's cancellation, telling reporters at the Television Critics Press Association press tour, "Politics had absolutely nothing to do with it...we have actors on our shows who have all sorts of different political views." 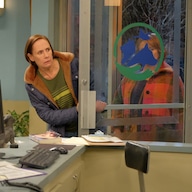 In its final season on ABC, Last Man Standing averaged 8.3 million viewers and a 1.7 demo ratings on Friday nights, making it the network's No. 2 comedy behind Modern Family.

CMT was reportedly interested in saving the show after ABC's decision, but with Last Man Standing coming from an outside studio, 20th Century Fox Television, it proved too expensive (which was likely a factor in ABC's decision to cancel it as well).

So yes, it's looking like Mike Baxter is readying for his comeback, but will audiences still want to hear what he has to say?

Would you watch Last Man Standing on Fox? Do you think it should be revived? Sound off in the comments.