Riverdale Continues to Tease Us With Black Hood Possibilities 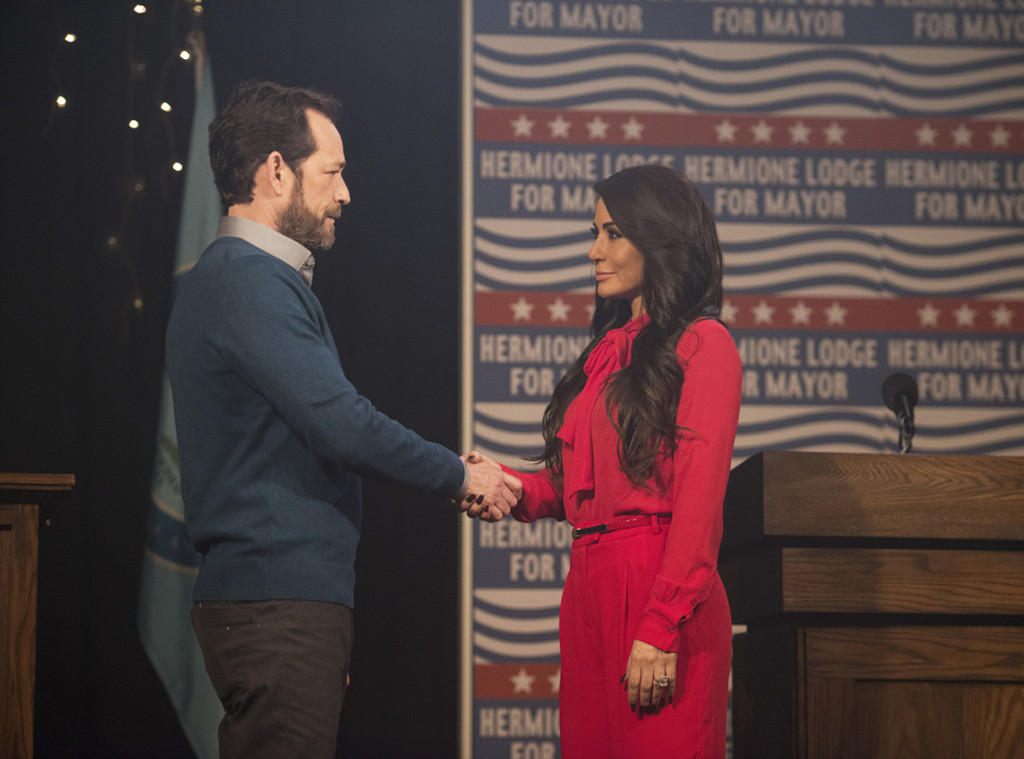 If there's a competition for TV's craziest show, we'd like to humbly submit Riverdale for consideration.

Tonight's episode was chock full of chaos, starting with the least interesting thing going on right now: the mayoral race.

Archie appeared to be campaigning for his dad, but he was really "staring into mens' eyes" to see if they were the Black Hood, with no luck so far.

Meanwhile, Betty was slowly developing a case for her father being the Black Hood (which is the thing that has always made the most sense), and she found some serious evidence with help from Cheryl. He was still paying for his "ShareBnB" and had a copy of that Nancy Drew book used to make the cipher only Betty could solve, but when Betty confronted him, he claimed the book was a birthday present for her and was shocked to hear that Cheryl was helping with her investigation. 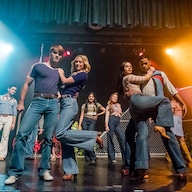 Behind the Scenes of Riverdale's Musical Production of Carrie

She temporarily gave up on her theory, particularly when the Black Hood appeared to show up at at the mayor debate with a gun in the balcony while Hal was cowering on the floor with everybody else. But by the end of the episode, she was calling her dad, telling him they needed to continue their earlier conversation and talk "just you and me, just like you wanted, like it was supposed to be."

And then while Betty was waiting with a gun for her potentially black hooded dad, the Black Hood or another Black Hood or someone else entirely in a black hood was knocking at Cheryl's door. 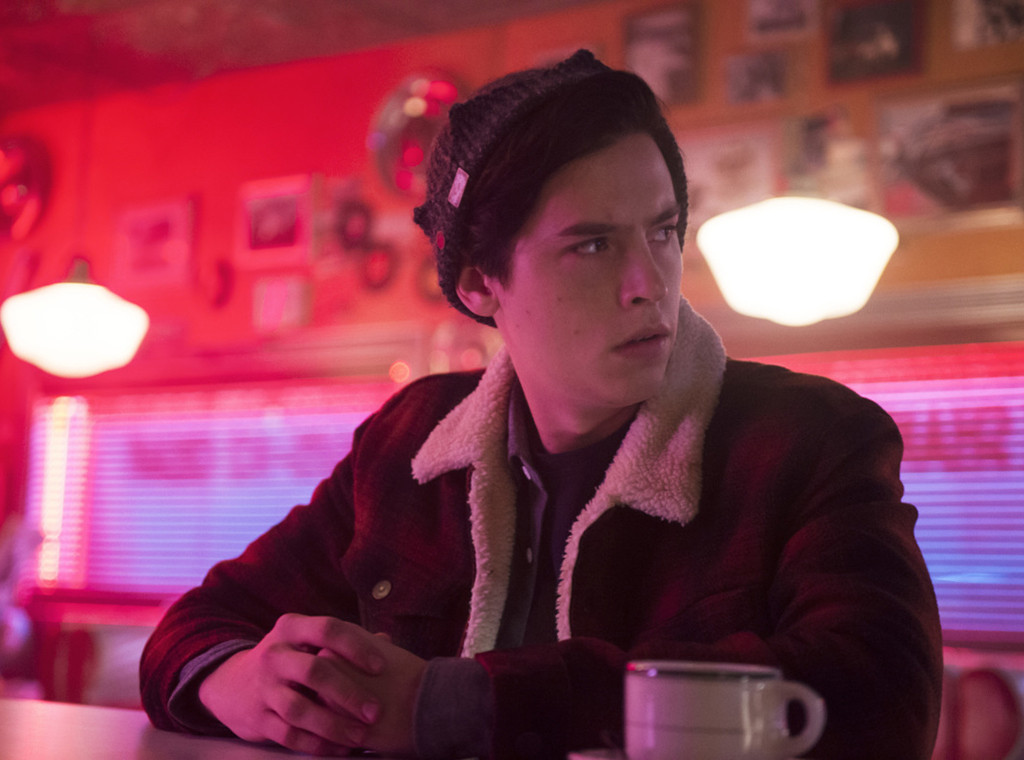 Elsewhere, Midge's murder was still consuming the town and Riverdale High. Archie's ill-advised private security group the Black Circle (which Archie had now quit) was convinced the killer was whichever Southside Serpent she was sleeping with. Fangs admitted that he was indeed sleeping with her and while he also said he didn't kill her, he was arrested.

After the apparent Black Hood's appearance at the debate, Fangs was released while a huge mob waited outside the sheriff's station. Archie arrived to help, and went to tackle Reggie as he pulled a gun out of his jacket pocket. They wrestled, and the gun ended up going off while they both had a hold of it, shooting Fangs in the stomach. 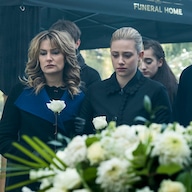 Riverdale Finally Reveals the Truth About Betty's Brother and More

And somehow, in the middle of all of that, Veronica had time to take a break from trying to get her dad to open a casino to put on lingerie and have sex with Archie, because there's never too much murder going on for some teenage hanky panky.

Now, we've got a lot to contemplate, like how many Black Hoods there are and whether this means that Betty's dad is actually a Black Hood or if he's just a real weirdo. We're confused, to be honest, and also getting a little annoyed, which is actually fine because there are only two episodes left. Our answers will come soon.