Rob Kardashian "Furious" With Blac Chyna After Six Flags Fight—Will He Take Her to Court?

Rob Kardashian is not happy with ex Blac Chyna after her Easter fight at Six Flags.

On Sunday, Chyna was filmed getting involved in an altercation with an unidentified woman at Six Flags Magic Mountain in Valencia, Calif. She was at the amusement park with daughter Dream Kardashian and son King Cairo.

Videos of the fight show Chyna taking off her pink jacket and then attempting to use her children's hot pink toy car to swing it at someone. Chyna is shown being held back at different times by several people.

After the incident on Sunday, Chyna took to Instagram Story to send a message to fans. "Being famous is hard enough dealing with scrutiny but when someone feels comfortable to come and touch your child it's a whole other story," she said. "I do not condone violence nor am I a violent person but shout out to all of the amazing mothers out there that will protect their children at all cost." 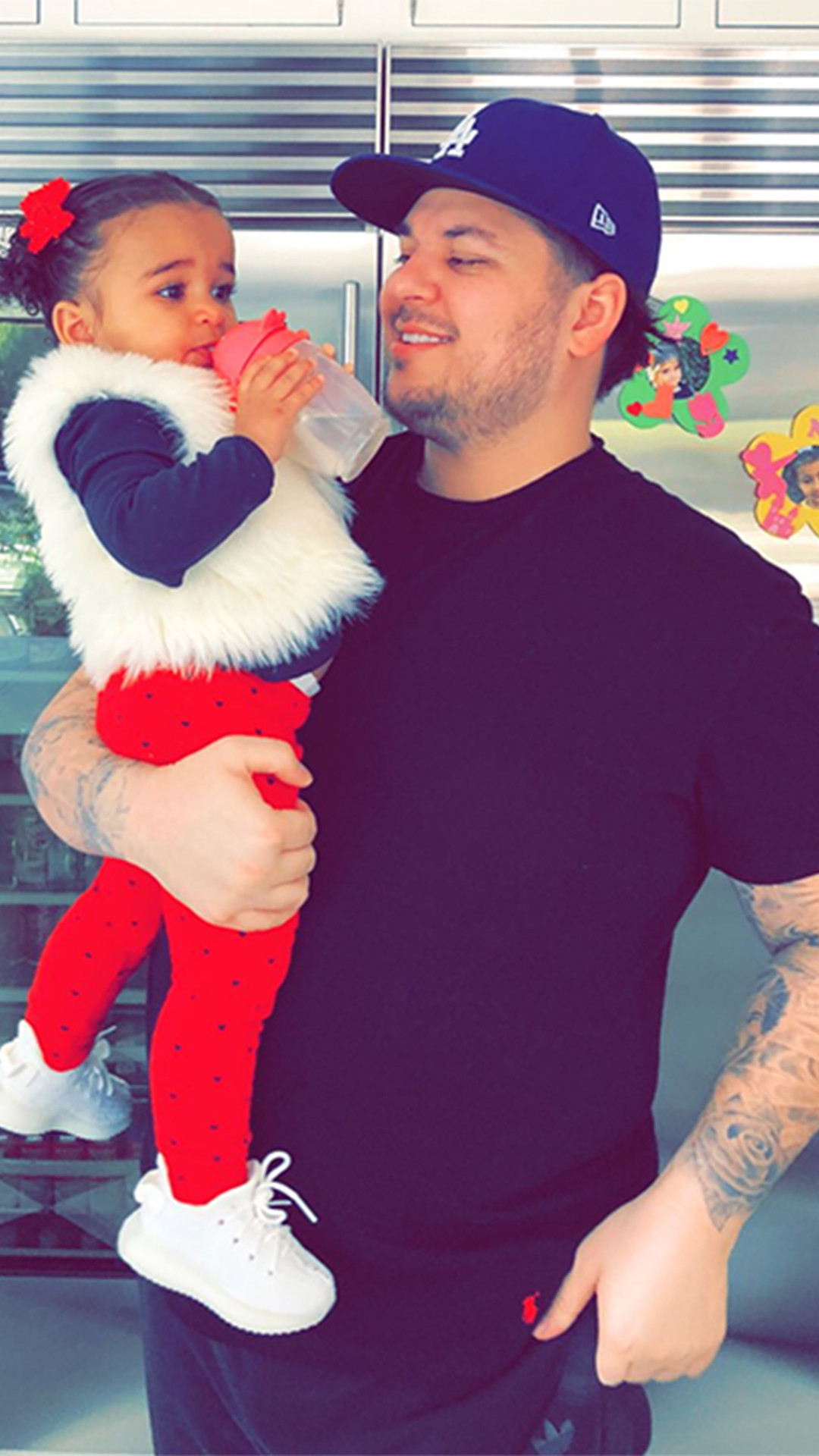 So what does Rob think about the incident at Six Flags?

"Rob is furious with Chyna for putting Dream in danger," a source tells E! News. "He plans to file papers to try and get more custody of Dream and to reduce Chyna's child support. He hopes the judge will see that he wants what's best for Dream and that he is putting her safety and best interest before anything else."

The insider continues, "Rob feels she needs to have a chaperone when Dream is in her custody to ensure that she is safe."

TMZ also reported Tuesday that Rob plans to file legal documents "asking for a hearing to set clear rules" for Chyna, "what she can and cannot do when the child is present."

In response to the reports, Chyna's lawyer Lisa Bloom tells E! News, "Chyna has the right every mother has to defend her own children from strangers trying to touch them. If Rob wants a custody fight, he will have one, and he will regret it. We already beat his sister Kylie in the meritless case she filed against Chyna."

Chyna's attorney Walter Mosley also tells E! News, "My office has not heard anything from Rob regarding a change in custody. At this point, these reports are pure speculation. However, defending your child from dangers has never been grounds for a change in custody."

Blac Chyna Involved in Fight at Six Flags on Easter 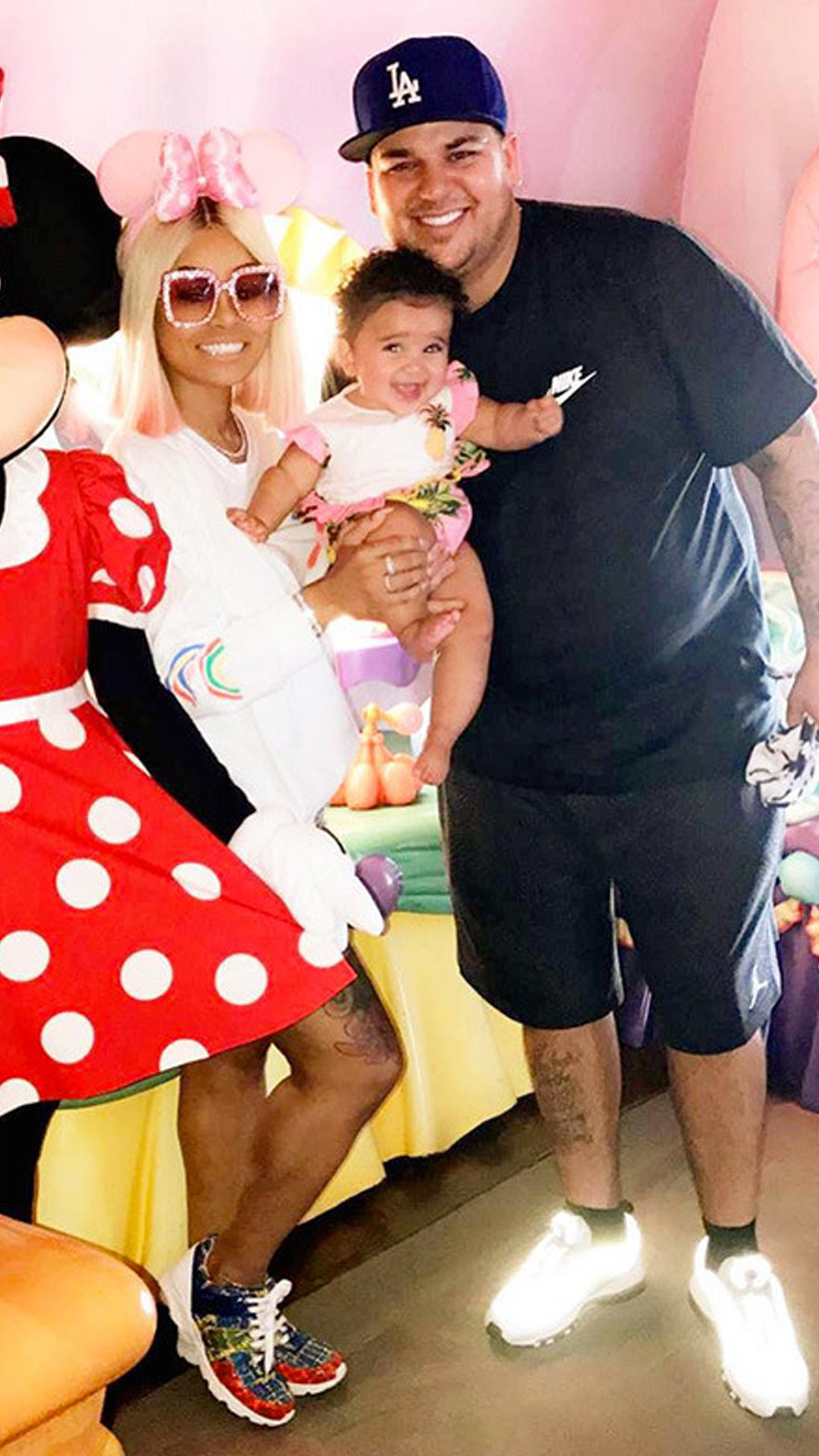 A Six Flags Magic Mountain rep addressed Sunday's incident in a statement to E! News on Monday. "Last evening, a verbal and physical altercation broke out among two visiting groups," the statement read. "Our security department responded immediately and both groups were escorted out of the park. The safety and security of our guests and employees is our top priority and we have zero tolerance for this type of behavior."

The Kardashian family is said to be not surprised by Chyna's Six Flags fight.

"Nobody is surprised to see what happened," a source told E! News about the Kardashian family's reaction to the fight. "They are just glad Dream was not in the stroller and was safe. It's concerning that Chyna behaves this way with Dream around, but this is typical Chyna behavior."

"It's a shame that she can lose control of herself and rage so easily," the insider continued. "The family hopes that she will be better for Dream and will learn from this."

Rob and Chyna welcomed daughter Dream in November 2016. The couple called it quits shortly after Dream's birth in February 2017.