Duchess of Cambridge Kate Middleton spotted a familiar face in the crowd today.

The expectant royal stepped out on Tuesday looking beautiful in a blue Jenny Packham overcoat and matching dress for a day dedicated to celebrating nurses. To start, she paid a visit to the Royal College of Obstetricians and Gynecologists, of which she is the new royal patron.

The visit included quite a serendipitous personal moment for the expectant mother when she crossed paths with Professor Jacqueline Dunkley-Bent, who is understood to have assisted with the birth of Middleton's daughter, Princess Charlotte, and reportedly her firstborn, Prince George. Dunkley-Bent was photographed among the midwives when the couple debuted their second little one.

Well, it seems the future mother of three never forgets a face because she embraced the professor upon seeing her in the group and the two excitedly chatted. 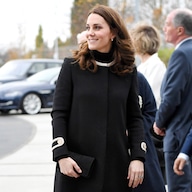 To mark HRH's new patronage, The Duchess is presented with a certificate by Professor Lesley Regan, the President of @RCObsGyn. pic.twitter.com/YFSEjt7c1k 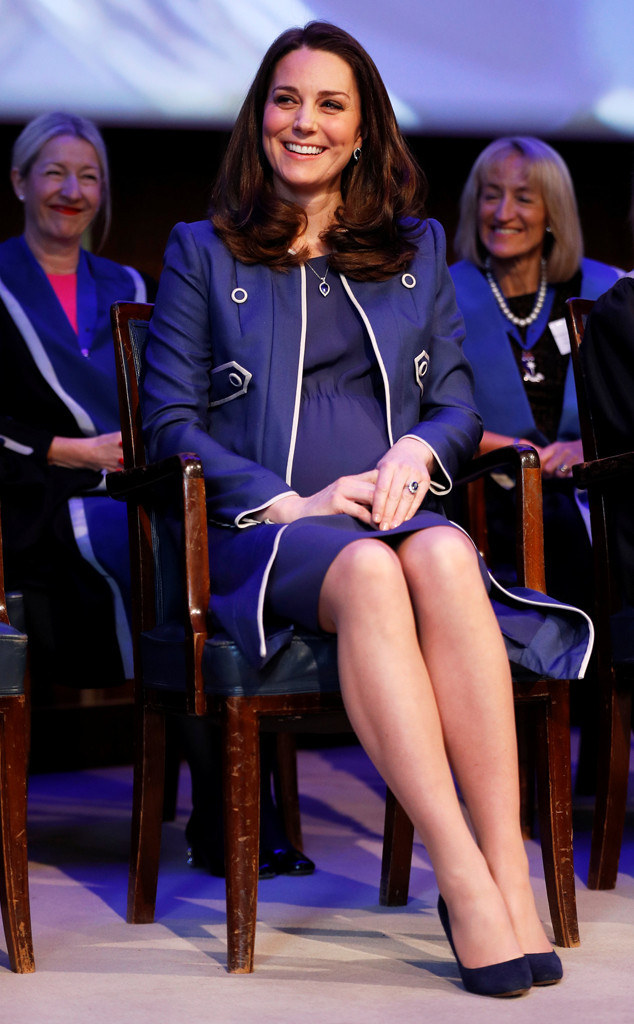 As the special guest, Middleton got to learn about the education and training programs available to doctors specializing in obstetrics and gynecology and watched as trainees demonstrated how to stitch up a new mother after a Caesarean section.

The royal concluded her trip by accepting a certificate to mark her new patronage. "I'm confident that you will receive excellent care from the wonderful team at my own hospital, as indeed you received for the births of Prince George and Princess Charlotte," President of the RCOG, Professor Lesley Regan, said during a ceremony. "We look forward to a very long and fruitful relationship with you and your family."

Afterward, Middleton headed to St Thomas' Hospital, where as patron she officially launched the Nursing Now campaign, which works to empower and raise the status and profile of nurses. "This campaign means a lot to me personally.  My great-grandmother and grandmother were both volunteer nurses.  They would have learned first-hand from working with the Voluntary Aid Detachment and the Red Cross about the care and compassion that sometimes only nurses can provide," she candidly said. "Your dedication and professionalism are awe-inspiring. I have been struck today by the enormous range of responsibilities that nurses have, not only in providing access to healthcare, but also in terms of providing a holistic approach to caring for our physical and mental health. You also promote good health and disease prevention. In some parts of the world, nurses are perhaps the only qualified healthcare professionals in their communities, so your work is all the more vital.

After calling for continued growth and support for the profession, Middleton concluded, "I am most grateful for you asking me here today to support the launch of this exciting new campaign. I do hope its work will go on to inspire the next generation of nurses for years to come."