UPDATE: After Salma Hayek Pinault spoke to Oprah Winfrey, a spokesperson on behalf of Harvey Weinstein released a statement.

"Over the 20 years plus since the movie's success, Ms. Hayek and Mr. Weinstein's daughters have had play dates, their families have enjoyed time together when running into each other on vacations, and the two have had dinners where they pitched and discussed projects such as Ms. Hayek asking Harvey to distribute her movie Evelyn and Mr. Weinstein pitching her a remake of The Lives of Others with Penélope Cruz about a South American dictatorship," the statement read in part. "Nevertheless, Mr. Weinstein deeply apologizes to Ms. Hayek for any pain she has suffered as a result of his behavior or comments. Mr. Weinstein has great respect for her as an actress and a producer and thinks there are many more Frida's" for her to produce in the future and that she doesn't need anyone to help her— She's terrific by herself."

Back in December, the actress came forward and recalled working with the Hollywood producer on a 2002 movie called Frida.

During her experience on the Oscar-winning film, Salma alleged that she received unwanted sexual advances from Harvey. He strongly denies all claims.

But while speaking to Oprah Winfrey today during Oprah's Super Soul Conversation Live Event, Salma reveals she had the chance to speak sooner—but didn't.

"[The New York Times] contacted me to be a part of the first story and already by this contact, there was all this turmoil and I started crying when they asked and I ended up not doing it," Salma shared. "And then I felt ashamed that I was a coward. I was supporting women for two decades but I couldn't do this... I thought of my daughter... I thought of the shame." 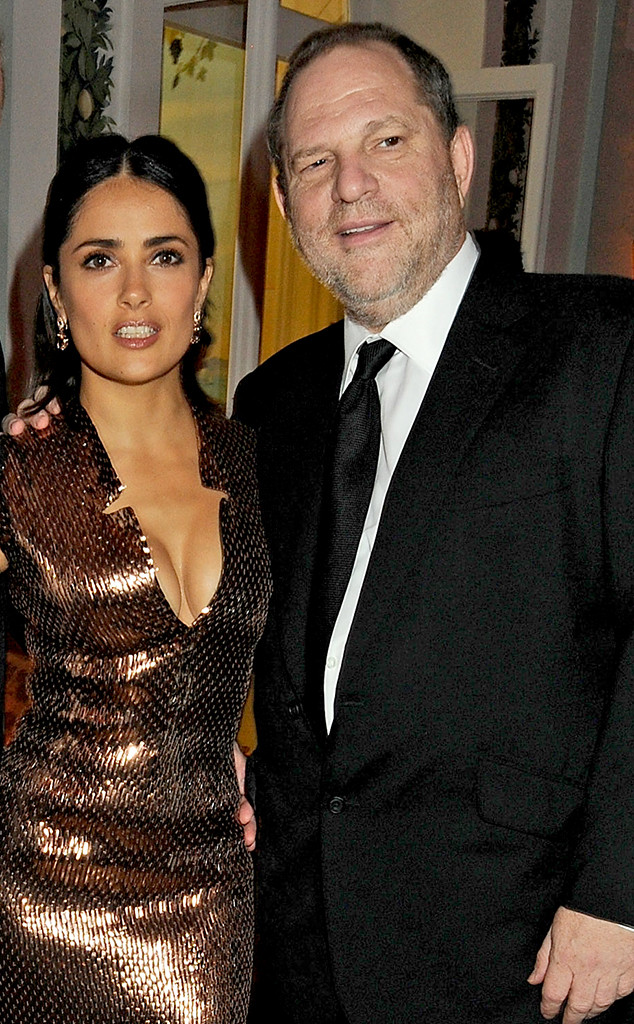 She continued, "When it came out, then I was ashamed that I didn't speak up and then when so many women came out, it was a strange sensation."

At the same time, Salma added that the idea of adding her name to a long list of possible victims wouldn't make a big difference.

"I felt like my pain was so small" compared with that of others, she told Oprah. "I thought, ‘There's no point for me to talk because it happens to everyone.'"

Two months after declining to participate in the Times story, Salma ultimately decided to write a first-person piece. In the lengthy post, Salma detailed allegations of sexual harassment and abuse by Harvey. His team, however, has a different perspective on her claims. 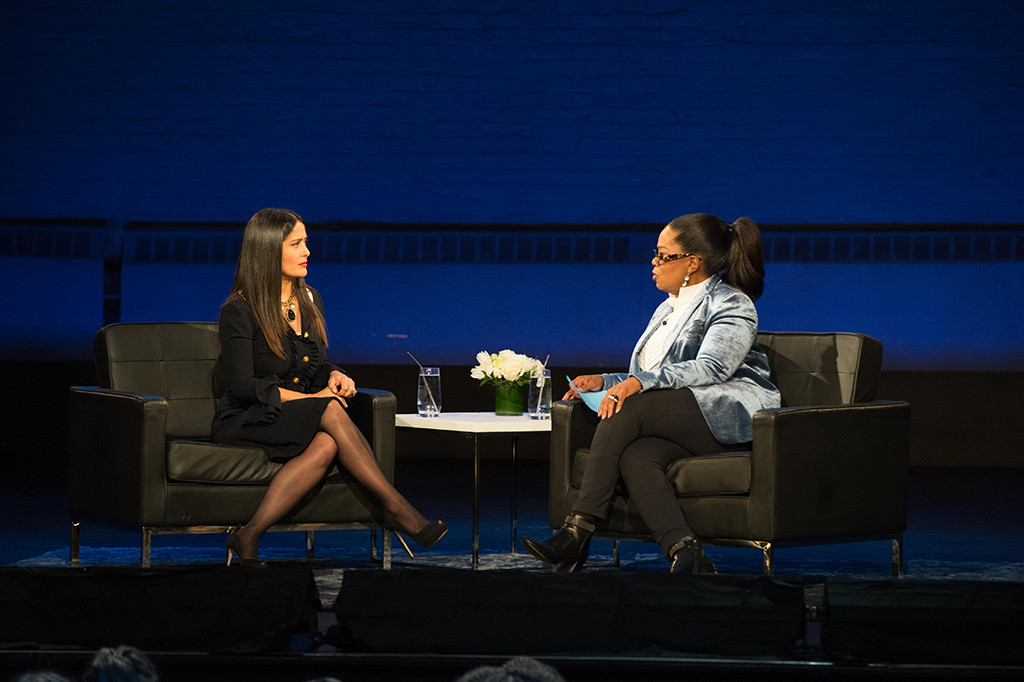 "Mr. Weinstein regards Salma Hayek as a first-class actress and cast her in several of his movies. He was very proud of her Best Actress Academy Award nomination for Frida and continues to support her work," a Harvey spokesperson said in a statement to E! News. "While Jennifer Lopez was interested in playing Frida and at the time was a bigger star, Mr. Weinstein overruled other investors to back Salma as the lead. Miramax put up half of the money and all of the P&A; the budget was over 12 million. As in most collaborative projects, there was creative friction on Frida, but it served to drive the project to perfection."

The statement continued, "The movie opened in multiple theaters and was supported by a huge advertising campaign and an enormous Academy Awards budget. All of the sexual allegations as portrayed by Salma are not accurate and others who witnessed the events have a different account of what transpired."

When asked how women can heal from sexual harassment, Salma offered her own personal advice.

"It's important to take responsibility for the things we do to others, but we must stop apologizing for being attacked and we must move into a place where you can actually have a conversation," she shared with the audience via BuzzFeed. "It is important to release the anger. I don't want us to go from victims to angry. I don't want our anger to be our motto. That doesn't mean we are not angry."

She continued, "I am a short, Mexican-Arab, angry woman... but I don't let that anger blur my vision. I can use that energy to be productive."

To hear more from Salma and other special guests including Lin-Manuel Miranda, Trevor Noah, Stephen Colbert and Yara Shahidi, watch Oprah at the Apollo airing on OWN Saturday, February 27 at 10 pm ET/PT. It will also be available via podcast at "Oprah's Super Soul Conversations."