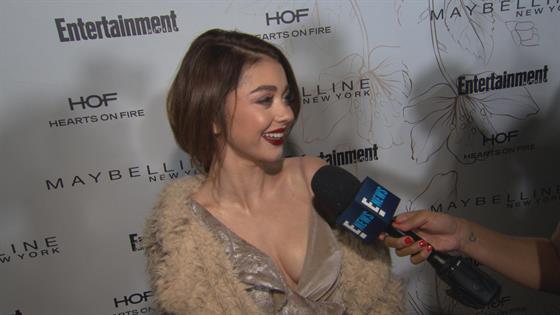 Congratulations to Ft. Lauderdale, Florida, the latest great place to fall in love.

"Tons of water, tons of boardwalks, palm trees," as Chelsea, newest employee of the Ft. Lauderdale tourism department, described it. "It's amazing."

"I've seen relationships form in front of my very eyes over a day, so I could only imagine what one day would do in Ft. Lauderdale," added other newest employee of the Ft. Lauderdale tourism department, Kendall.

Tonight's episode of The Bachelor began with Arie in a convertible, cruising down a beachy Floridian street on his way to pick up one of his many girlfriends.  That one turned out to be Chelsea, who just couldn't wait for Arie to get to know Chelsea, not just The Mom that he knows her to be. 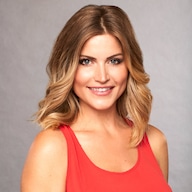 They enjoyed a day on yacht, jetskiing while the other girls watched from their fancy hotel suite and worried about the fact that when Arie arrived to pick up Chelsea, he didn't even look at them.

"I'm on a dreamboat, but I'm also with a dreamboat," Chelsea recited from the deck of the yacht.

Later, alongside a bunch of old fancy cars, Chelsea detailed having been left by her ex with a six month-old baby and garbage bags full of her belongings.

"God, that must be like…so tough for you," Arie replied.

But like, it's all fine now, because Chelsea's got Arie, and a date rose. And also one of those damn awkward private concerts.

Up next, bowling, because in Arizona, they know that if they want to have fun, they go bowling!

The women got to divide themselves up into two teams to compete to attend the after party, and let me tell you—nothing has ever sounded more thrilling than a bowling after party. Those gals were ready to fight for what we could only imagine was going to involve questionable pizza and plastic cups of beer. (In the end, it actually just involved all the women sitting around awkwardly while Arie made out with them one by one.)

"Oh my god, that was amazing."

That same team then engaged in a team prayer, led by Krystal. 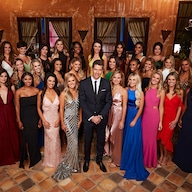 The Bachelor Is Going Back to Basics—But Is It Working?

"No matter what, let's just focus on making this the best day ever," she cooed. "And I want to ask for Wayne and Chucky to be our angels and to guide us through a very strong win to the end."

In case you're also confused, Wayne and Chucky are Krystal's dogs, who she loves so much, and in case you started assuming things about the hot mess status of Team Spare Roses, you'd be wrong. They were weirdly good at bowling.

Team Pin-Ups didn't even have a chance, and Krystal walked away with the trophy. But everybody got to go to the after party after all, said Arie, which might not have been the last straw for Krystal, but it was definitely one of the last straws.

She so desperately wanted that five-on-one time with Arie, and the very idea of switching it to a 10-on-one date was just unbearable. Unfortunately, most of her meltdown happened on the bus, where the cameras were not rolling.

"She said some really rude things," Maquel said of the bus breakdown. "She was repeating that he was a liar, and that she's not going to ever trust him, and saying really hurtful and disrespectful things.

"The other team didn't win," Krystal explained from another room. "He took back his word and said the losing team's coming. He didn't consult us. He didn't take us into consideration. He told us what to do. I'm looking for a partnership. I'm looking for someone who I trust." 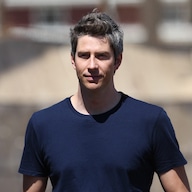 The Bachelor Recap: Age Ain't Nothing But an Oh My God

I'm fairly certain no one "changes their mind" without producer permission on this show, so there's a good chance it wasn't Arie's idea to change the rules, but hey, the crazier Krystal gets, the more likely she is to get out.

She even decided to not go to the party at all, which Arie didn't immediately notice. The other women had to inform him, to which he responded, "Umm, OK."

And then of course, he decided he needed to go check on Krystal, to address the fact that she was having such strong feelings.

"BRB" he basically said as he ditched all the women who were happy to be there to go talk to the one who wasn't.

Arie tried to be like "it was just bowling," and Krystal disagreed. She's been so raw and real and open and she knows nothing about him, even though she went to his house and knows more about him than probably anybody else.

And then Arie very reasonably explained to her that in a relationship with someone, you can't just run away, but maybe it's best she doesn't come to the party and just lets him have some time with the other girls.

So of course, while Arie was up in his hotel room, properly arranging Becca's legs across his own legs, Krystal got ready for the party she was basically no longer invited to.

"I didn't leave my self-respect at home when I came on this journey," she declared. "I have self-respect."

The girls at the party held hands in prayer for Krystal, led by Bekah, just as Krystal arrived. Arie and Becca were canoodling, so it was just the women sitting around, listening to Krystal's krazy talk about how she was lied to, re: the bowling.

Meanwhile, Arie was playing the most boring game of 20 Questions with Lauren B.

Lauren B. ended up with the rose. Whoa, OK. 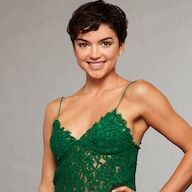 After all that, there was still a one-on-one with Tia (and an hour left in the show!!). They took a swamp tour (no word on if it was a Groupon but I'm gonna guess no) and saw an alligator.

"In a crazy way, it reminded me that love can be kinda scary, but at the same time, every day can be an adventure," Arie explained.

They also saw a turtle.

Later, Tia explained the concept of frogging, and Arie marveled at swamp boat engines, and then they got into a deep conversation about religion and spirituality, and it was pretty nice actually. You go, Tia.

Finally, with half an hour left, it was cocktail party time. It was also "Krystal talks too much" time.

"Yesterday, I wasn't hiding in my room," she explained. "I was investing in myself and growing from the struggle that happened and the challenge. Like I was discovering."

She was then discovering that the other girls were talking about her, and said that if anyone wanted to say anything to her, they could say it privately. So Kendall did, and tried to tell Krystal that maybe Arie's not the right person for her right now. And then Tia popped in, and Bekah, who asked Krystal why she was even still there. It was the weirdest cocktail party ever.

And it got weirder when Krystal finally got her conversation with Arie and explained, out of nowhere, that the group date was so hard because she grew up in a bowling alley!

"It's like our first fight," she told him lovingly.

"It could be our last fight, you know," he said.

Surprise! He kept her. And surprise! It looks like maybe, just maybe, we're in for a hell of a two-on-one next week. And surprise! That was exhausting. As usual.