Miley Cyrus, Lorde, Keith Urban and Jared Leto were among the artists who took to the stage at Radio City Music Hall on Friday, two days before the 2018 Grammy Awards, to pay tribute to Fleetwood Mac at the 2018 MusiCares Person of the Year event. 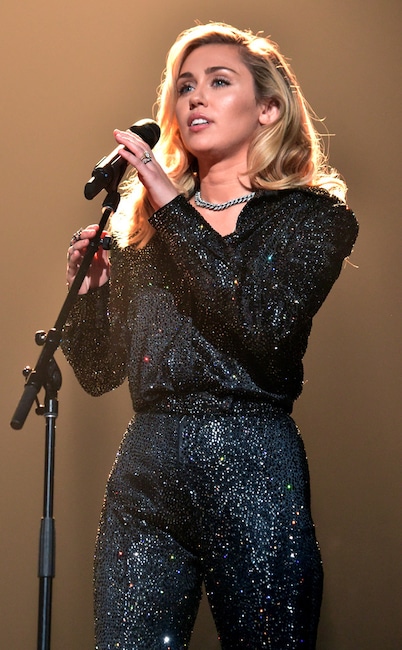 Artists gathered at Radio City Music Hall on Friday, two days before the 2018 Grammy Awards, to honor Fleetwood Mac at the 2018 MusiCares Person of the Year gala. It marked the first time a band has received the annual honor.

Cyrus took the stage in a black sequin pantsuit and sang the Fleetwood Mac hit "Landslide," accompanied by a violinist.

"It's such an honor to be here tonight," she said. 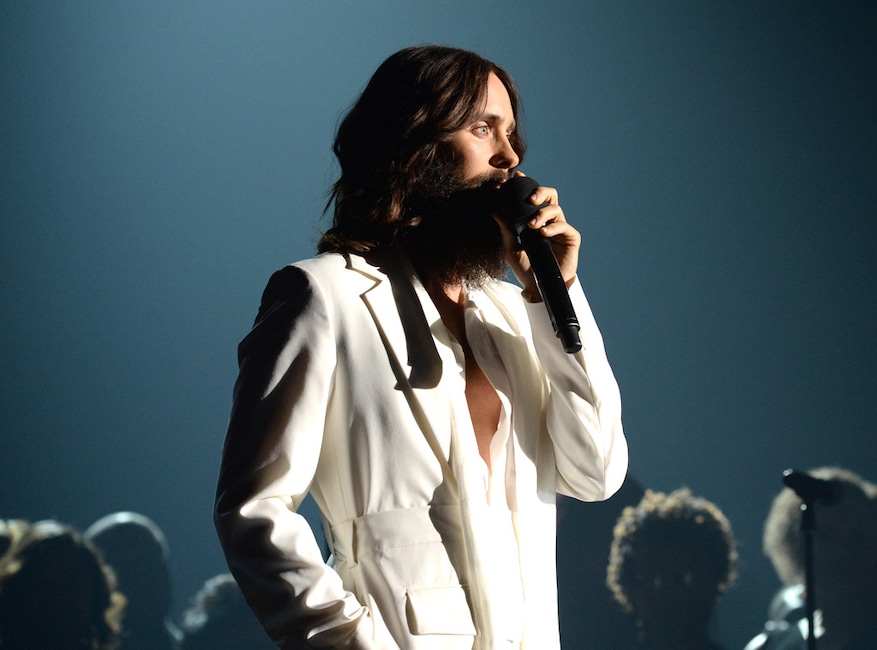 Accompanied by a choir, the Oscar-winning actor and Thirty Seconds to Mars frontman performed an electrifying and soulful rendition of Fleetwood Mac's "Never Going Back Again." He told the audience that when he and one of his brothers were little, their mom would play the band's 1977 Rumors" album "night after night after night" and it became "the soundtrack of our lives." He thanked Fleetwood Mac for changing his life. 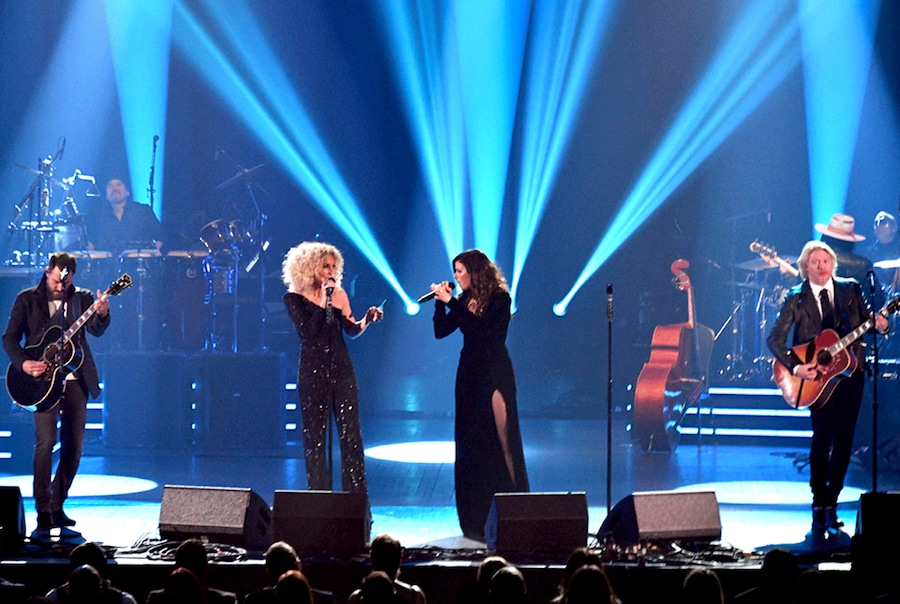 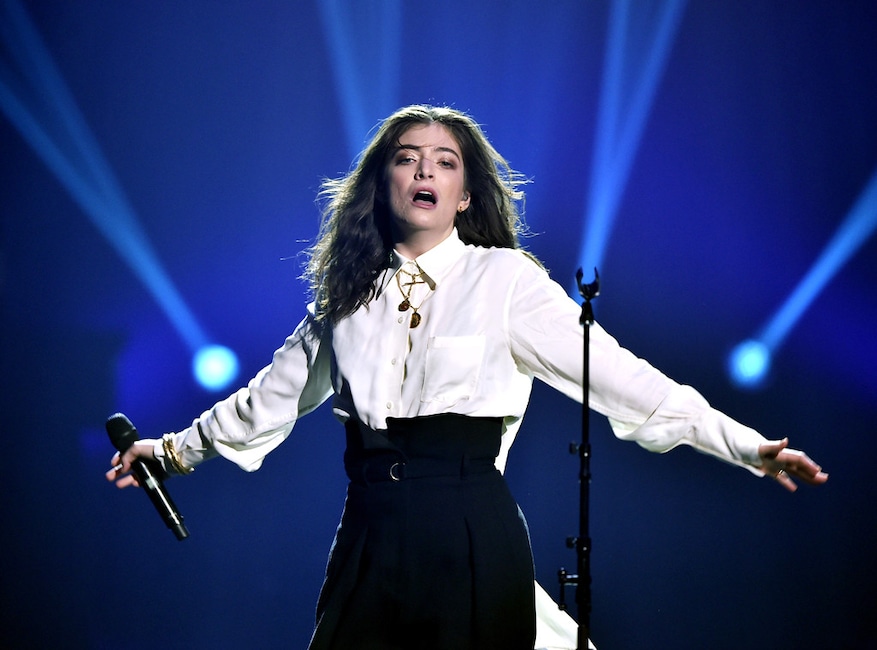 The singer, wearing a black suit, performed "Silver Spring" and showcased her signature dance moves. She then ripped off her suit jacket to reveal a flowy white blouse. She also ripped the mic off the stand and danced around the stage. Her performance was full of energy and passion. 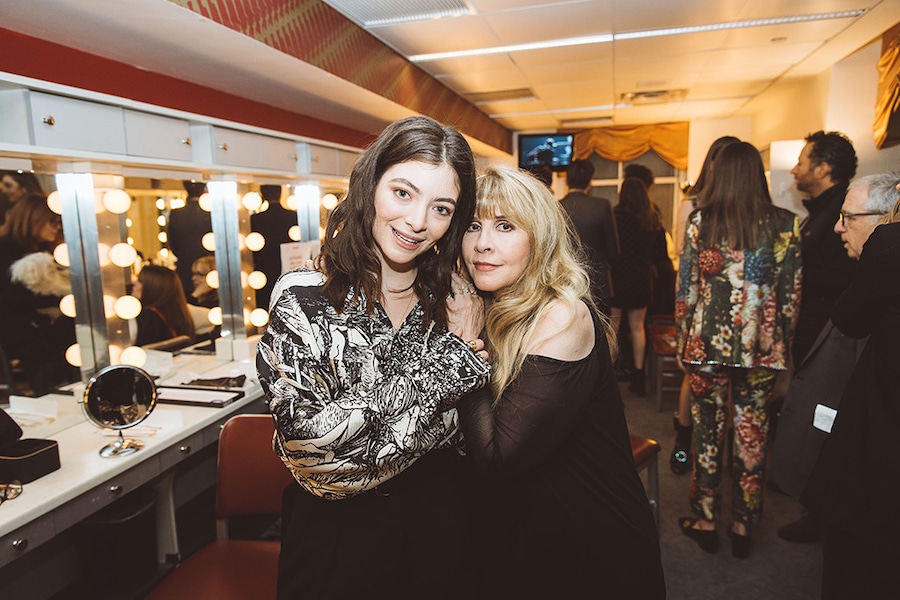 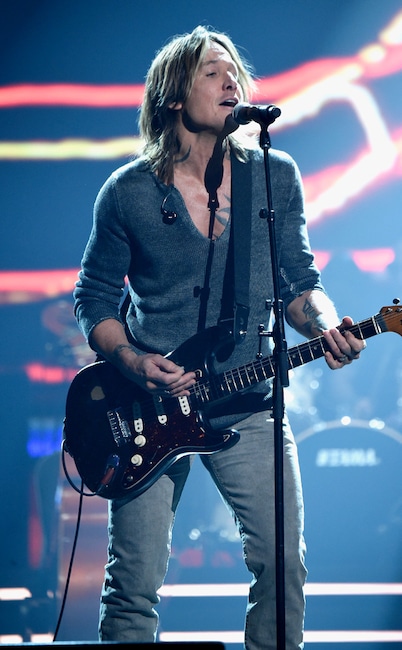 The singer rocked out with his version of "Second Hand News." 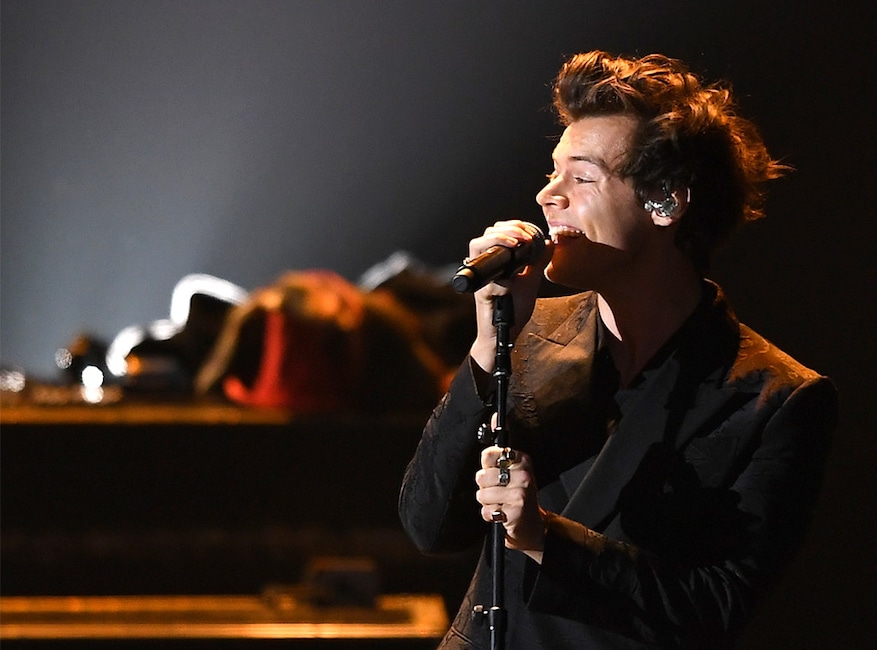 Fleetwood Mac singer Stevie Nicks talked about how Styles looked at her and asked "what's wrong?" She said she told him she was nervous and he didn't believe her. She said "it never goes away." She then talked about the band's fans. Styles was then introduced, but not by name, rather as a "singer, songwriter and actor." He then told the audience, "Hi, I'm Harry."

He made a short speech about how he never imagined he would be sharing a stage or introducing Fleetwood Mac. He then joined the band in performing "The Chain." As they finish, Lindsey Buckingham hugs him and Mick Fleetwood bows down to him from his drum set. 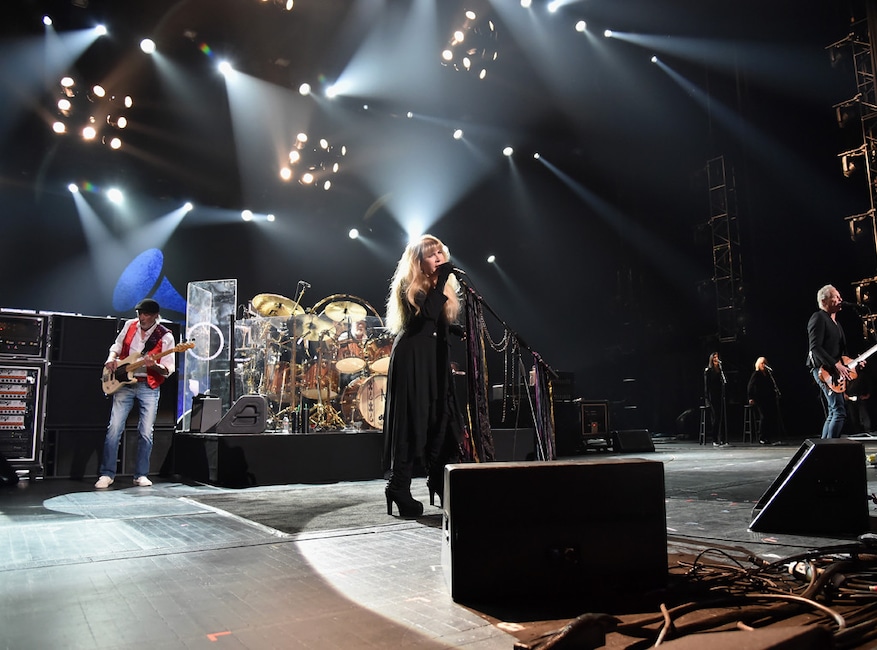 Stevie Nicks told the audience that it was an unforgettable night. 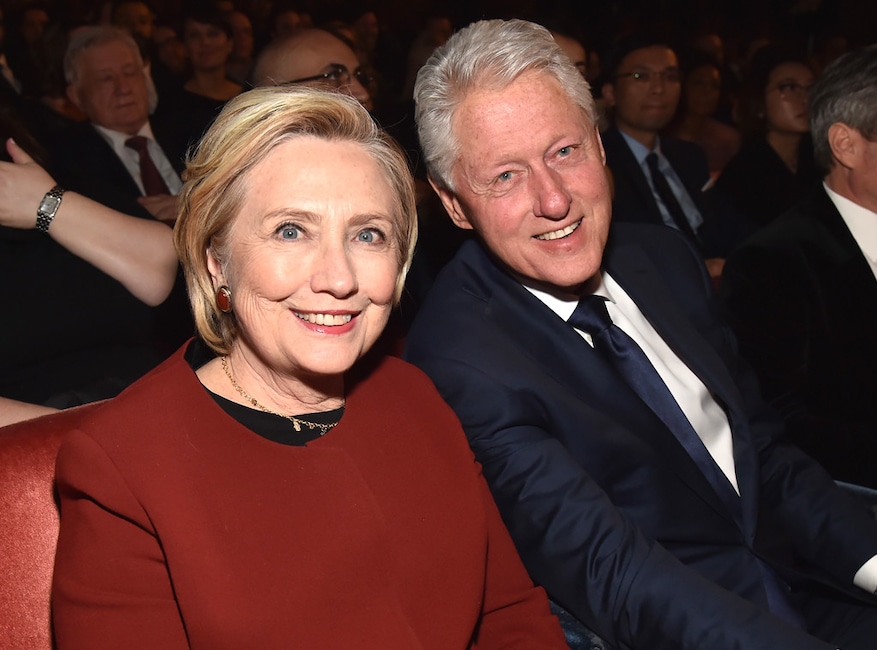 Former President Bill Clinton presented the blues rock band with their awards. The former U.S. leader was accompanied by wife and former 2016 presidential candidate Hillary Clinton. As he spoke, he introduced her, drawing for her a standing ovation.

The former president is a longtime fan of Fleetwood Mac and had chosen the band's 1977 song "Don't Stop" as the theme song for his 1992 presidential campaign. They also performed it at his inauguration.

"They let me use it as a theme song and I have been trying to live by it ever since," Clinton told the audience. 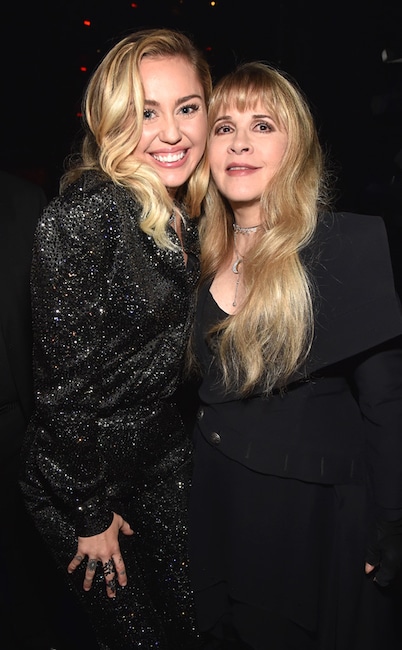 The pop star poses with the Fleetwood Mac singer. 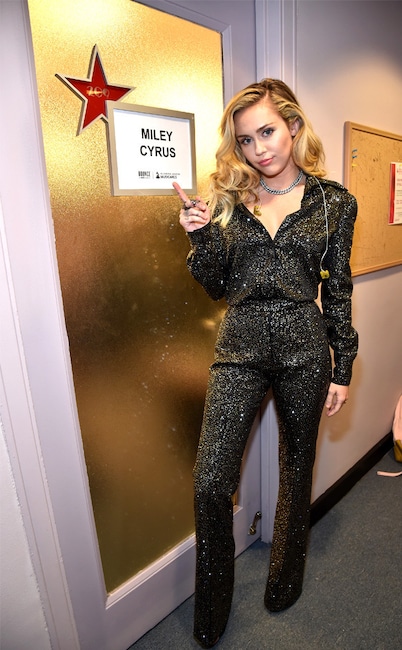 The singer appears at her dressing room.

After the tribute performances, Fleetwood Mac, also made up of Lindsey Buckingham, Christine McVie, John McVie and Mick Fleetwood, then took to the stage to perform several of their hits, including "Go Your Own Way" and "Little Lies." Harry Styles joined them for part of their set.

While onstage, Nicks also got emotional talking about Tom Perry, who passed away in October.

Bill Clinton presented Fleetwood Mac with their MusiCares Person of the Year award. The group is the first band to win the annual award, which is usually given to a solo artist.