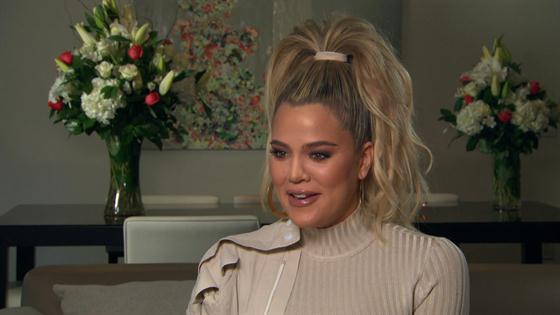 Khloe Kardashian's life will totally change this year—she's going to be a mom.

The 33-year-old Keeping Up With the Kardashians star is expecting her first child with boyfriend and Cleveland Cavaliers player Tristan Thompson.

In June 2017, on the season finale of Keeping Up With the Kardashians, which was filmed several months prior, Khloe said she is no longer taking birth control, adding, "Tristan and I definitely talk about starting a family. He wants to have about five or six kids with me and that's lovely. We could start at one and we could grow from there."

Take a look back at her pregnancy journey below. 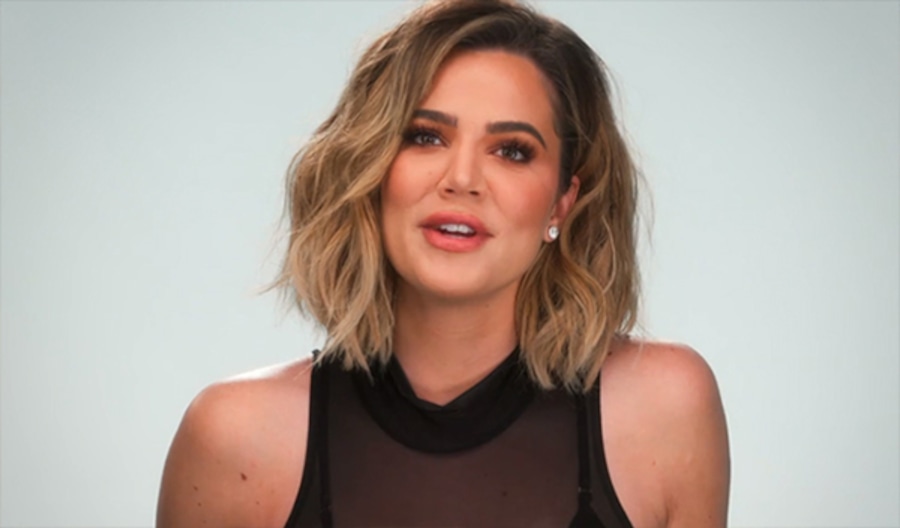 On the season finale of Keeping Up With the Kardashians, Khloe says she is no longer taking birth control. 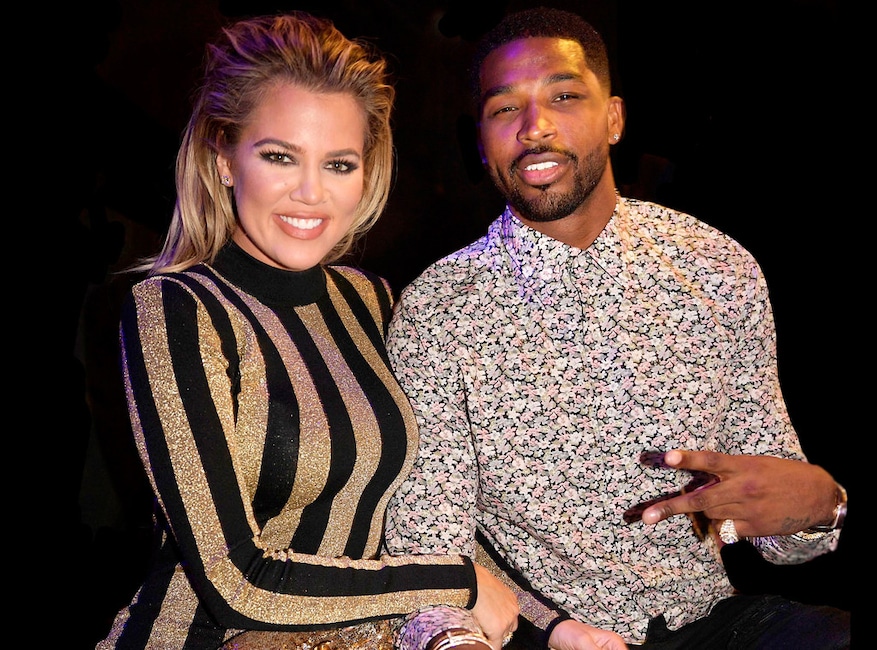 E! News learns that Khloe is pregnant with her and Tristan's first child together. The two have been dating for a year at this point. 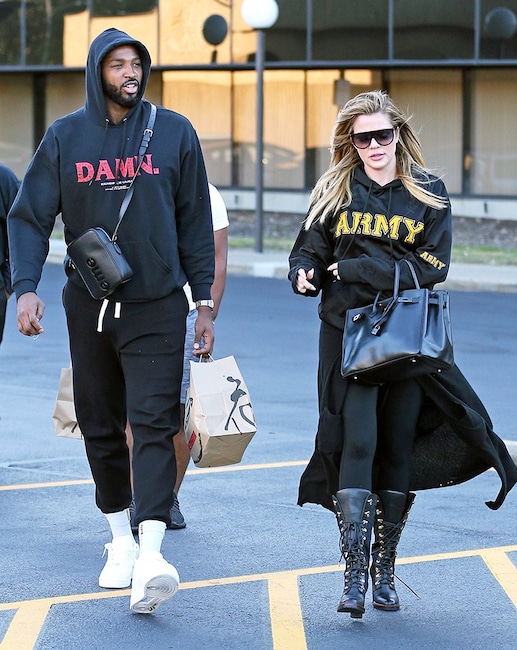 Khloe steps out in Cleveland with Tristan, marking her first public appearance since E! News reported her pregnancy. She covers her baby bump with a black Army sweatshirt. 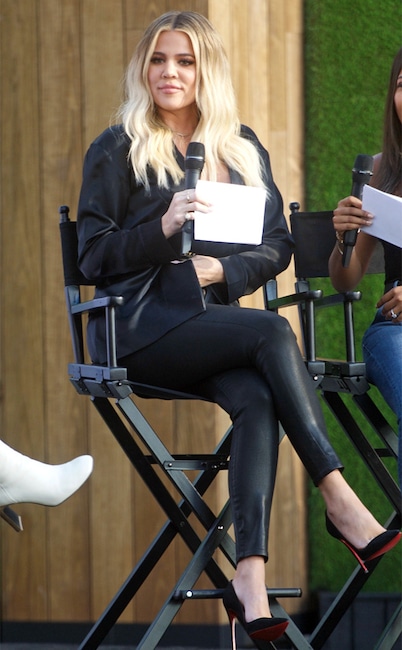 Days later, she makes her first promotional public appearance since the baby news, attending her Good American denim line's 1-year anniversary event at a Nordstrom in a Los Angeles shopping mall. She wears a black jacket with a Chanel belt. 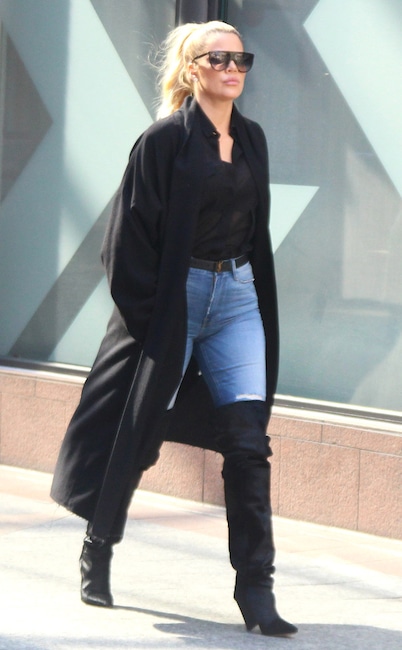 Khloe steps out for another rare public appearance, joining her sisters Kim Kardashian and Kourtney Kardashian for a girls' weekend in San Francisco. Khloe wears a black top tucked into light blue high-waist skinny jeans and a long black coat. 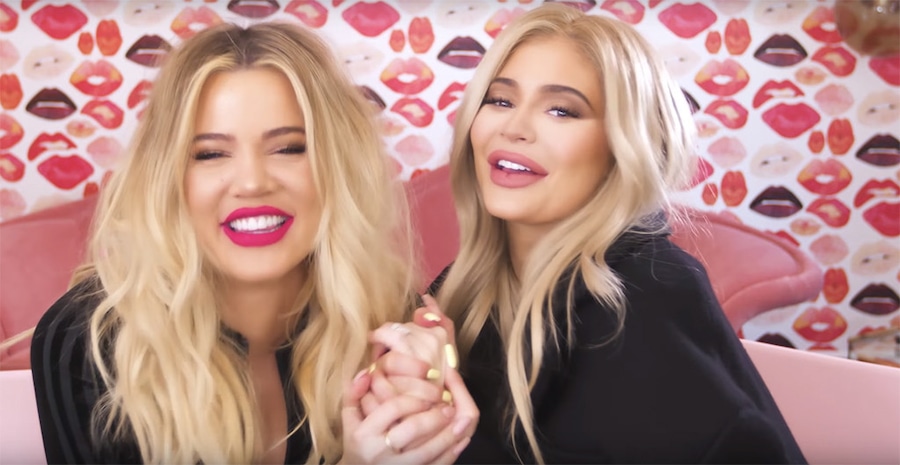 Khloe and younger sister Kylie Jenner, who is also reportedly pregnant herself, raise eyebrows with a video in which they talk about their makeup collaboration and joke about their "many babies." 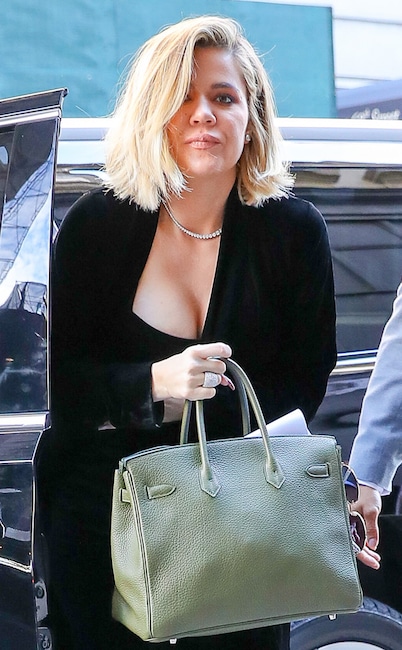 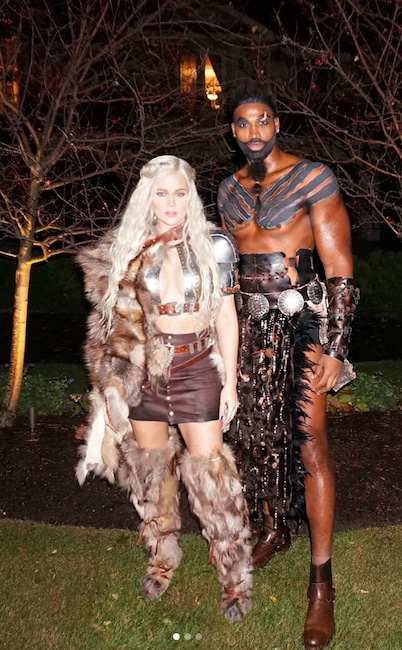 Eagle-eyed fans spot Khloe's baby bump in a Snapchat video of Khloe and Tristan at a party, dressed as Daenerys Targaryen and Khal Drogo from Game of Thrones. She also writes, "That's Daddy." 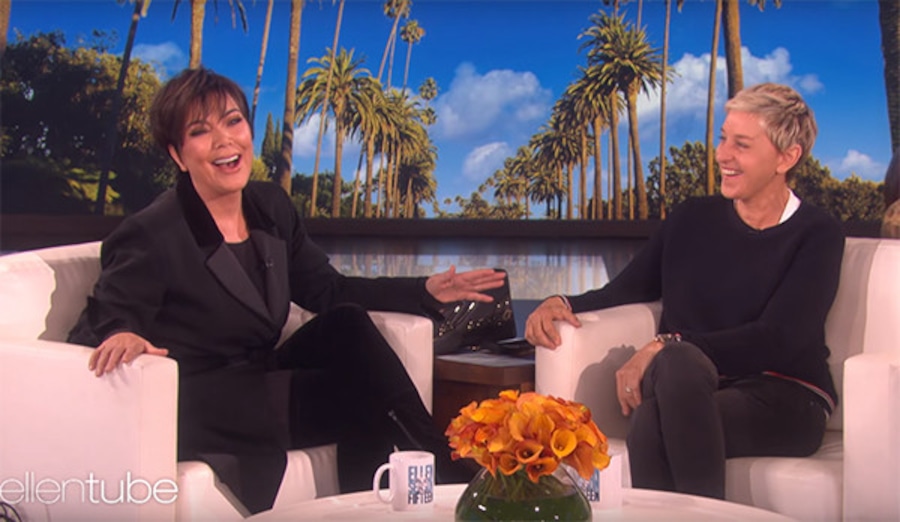 Khloe's mom Kris Jenner plays coy on The Ellen DeGeneres Show when the host mentions the multiple reported pregnancies among her kids. At the time, Kim was expecting a baby girl, her third child, via surrogate. She was born earlier this month. 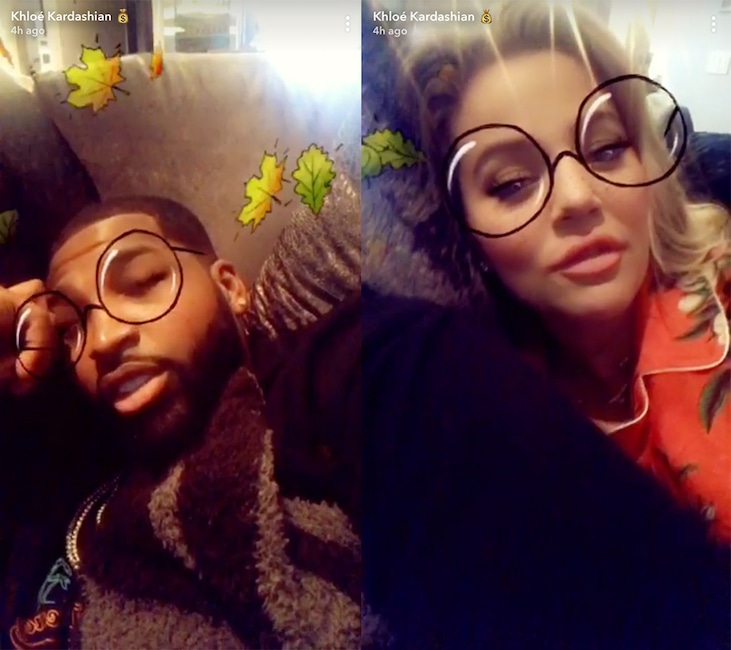 Khloe and Tristan celebrate the holiday together in Cleveland. The reality star cooks up a feast, with plenty of desserts. 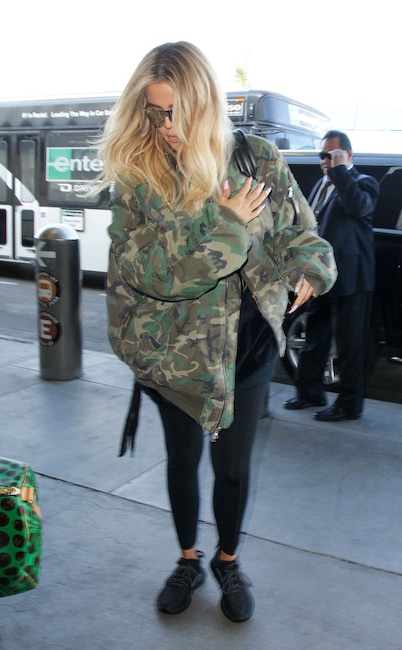 Khloe is spotted at LAX, camouflaging her baby bump with...camouflage. 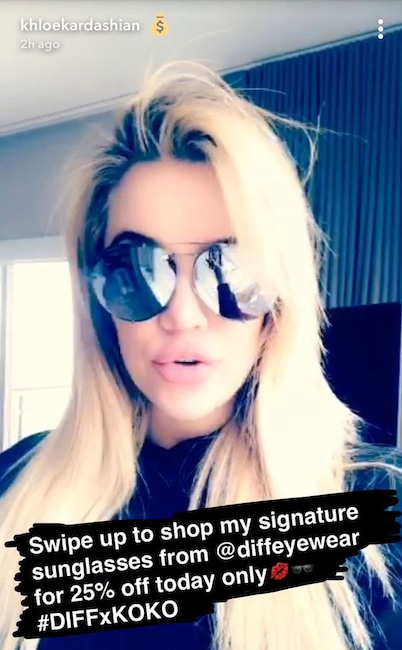 Khloe appears to drop another baby hint with a Snapchat post; eagle-eyed fans notice a U-shaped pillow, popular among pregnant women, in the reflection of the reality's star's sunglasses. 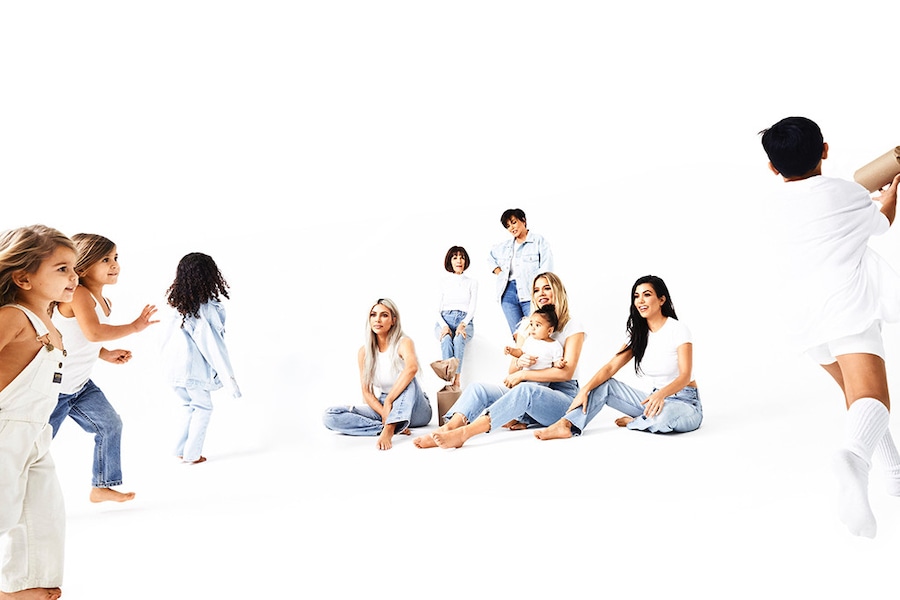 Meanwhile, the Kardashian family begins to unveil their 2017 Christmas card by sharing photos from their November photo shoot on a daily basis, like a holiday advent calendar. In one pic, Khloe hides her then-small baby bump with her 1-year-old niece, Rob Kardashian's daughter Dream Kardashian. 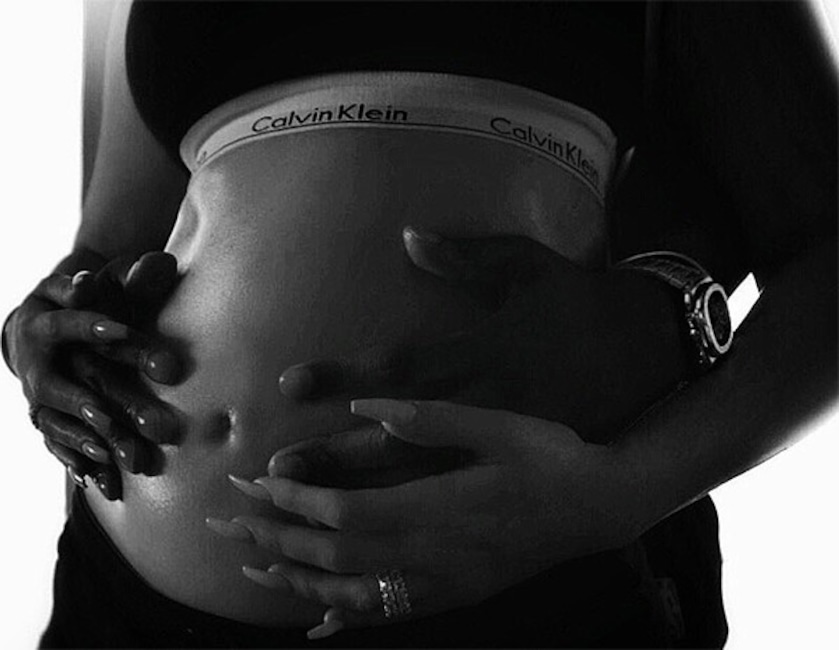 Khloe confirms her pregnancy via an Instagram photo showing Tristan with his hands over her baby bump.

"My greatest dream realized! We are having a baby! I had been waiting and wondering but God had a plan all along. He knew what He was doing. I simply had to trust in Him and be patient," she writes. "I still at times can't believe that our love created life! Tristan, thank you for loving me the way that you do! Thank you for treating me like a Queen! Thank you for making me feel beautiful at all stages!"

"My love, thank you for [allowing] me to be part of your journey in life and allowing [me] to share this moment with you this is something and [I'll] always cherish," Tristan says. "Girl you look better now." 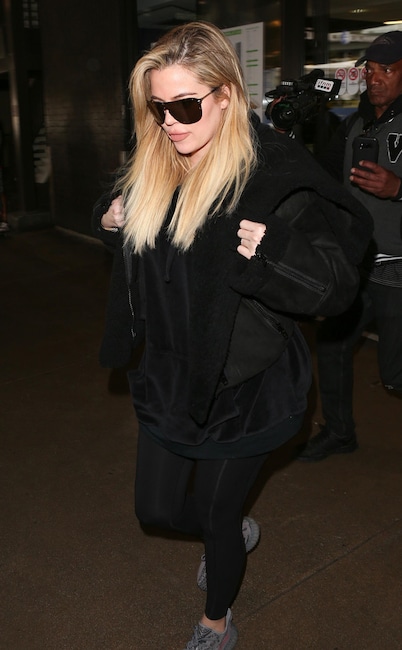 Late-December 2017: Back in the Limelight

Days later, Khloe is spotted at LAX, marking her first appearance since confirming her pregnancy. She covers her baby bump with a black coat. 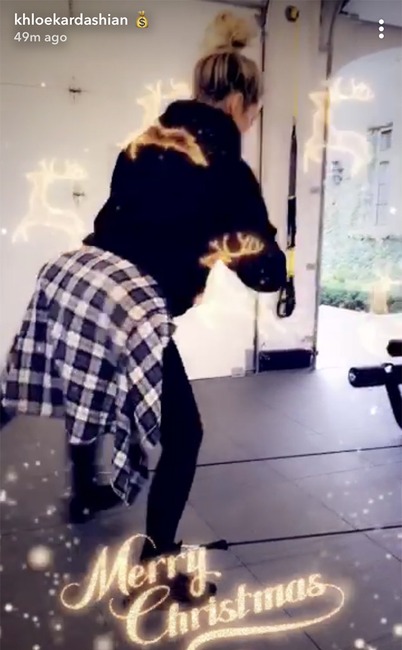 Khloe resumes posting her workout videos on a regular basis.

"I love that I can finally snap my workouts again," she says in a Snapchat video, which shows her working out in a black hoodie and matching leggings. "Merry Christmas to you and more workouts yet to come."'

(Khloe would later fire back at people who criticized her pregnancy workouts.) 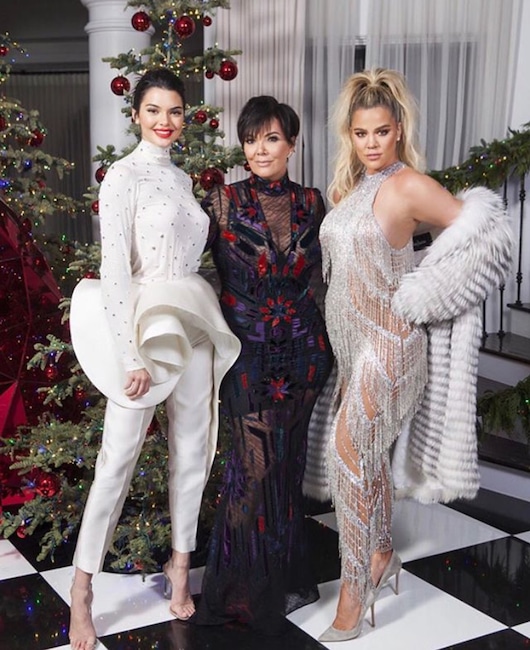 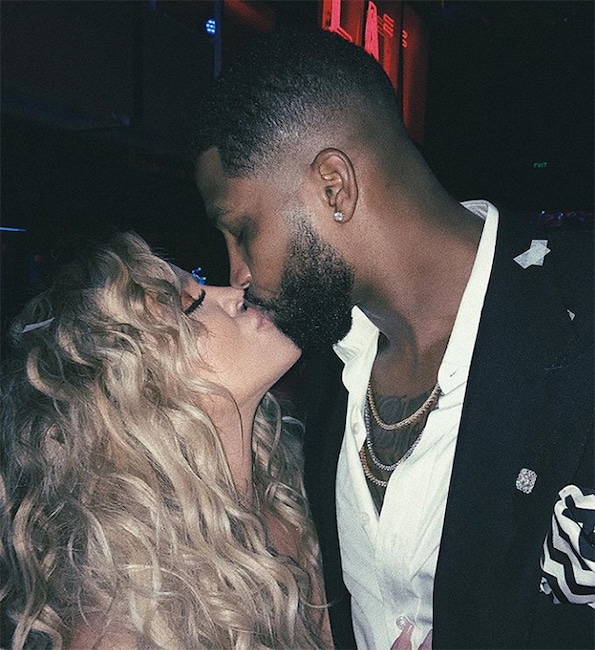 Khloe is six months pregnant. Tristan tells her, as seen on Snapchat, "For six months, you a fine six months, baby. I'll tell you that." 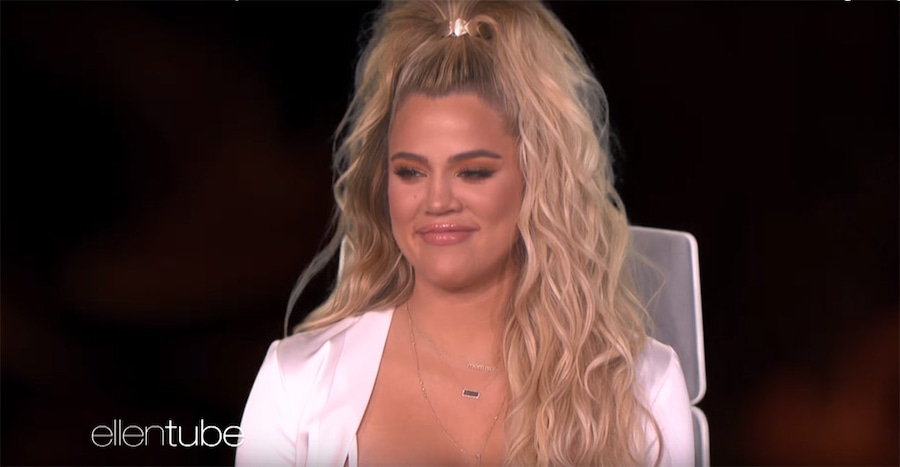 Khloe explains on The Ellen DeGeneres Show why she kept her pregnancy a secret for so long, saying, "I just wanted to do something myself and write something that was heartfelt for me. I've wanted to have a baby for so long and it's just the perfect timing in my eyes. God always has His plan and I just wanted to do it on my time and when I felt comfortable to do so." She also plays coy when asked about Kylie's reported pregnancy. 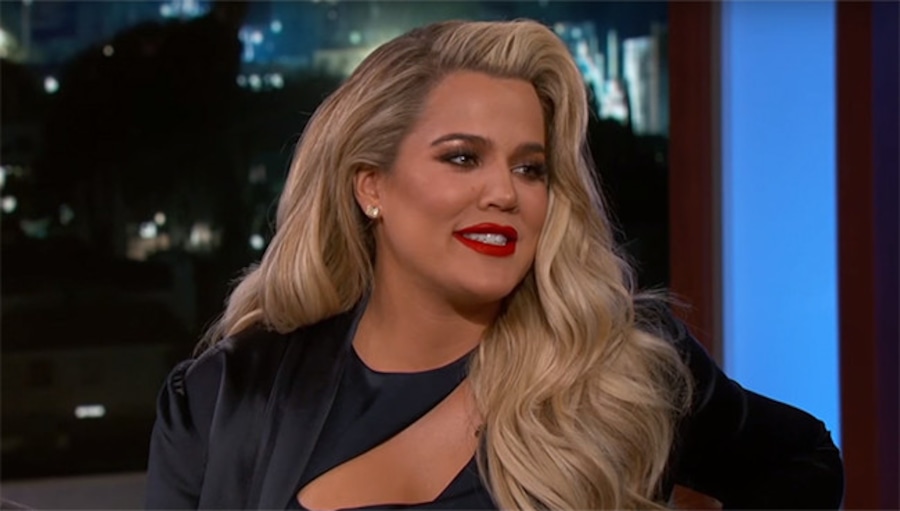 Days later, Khloe reveals on Jimmy Kimmel Live! that she plans to give birth in Cleveland, breaking with Kardashian family tradition of delivering in Los Angeles. 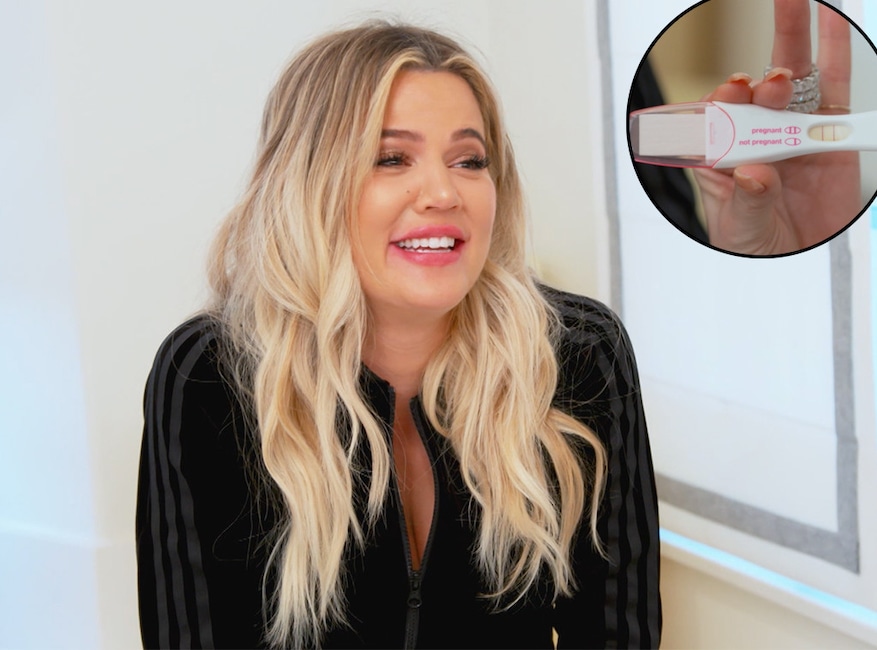 Keeping Up With the Kardashians shows Khloe after taking a pregnancy test and the reality star revealing her pregnancy to her family. 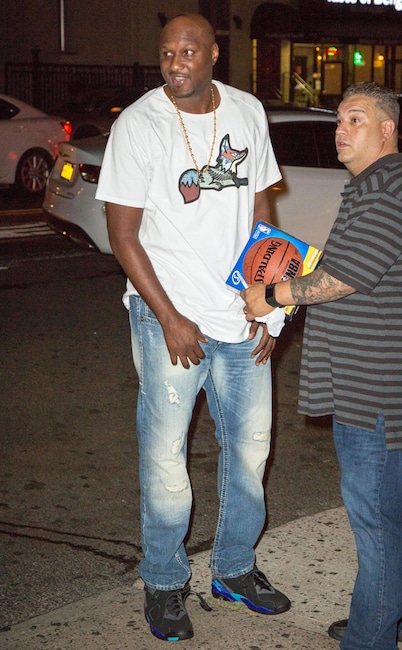 In a TV appearance, Khloe's ex-husband Lamar Odom expresses his well-wishes to Khloe, but also pokes fun at her dating history, prompting Kim to throw some shade. 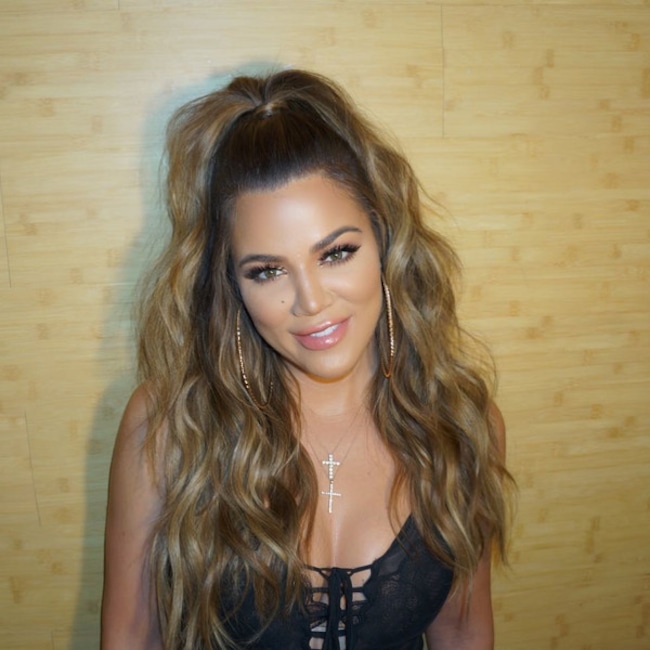 Khloe gets candid about the not-so-glamorous parts of pregnancy, saying on Twitter, "I feel like I've always had cellulite but it's way more prominent at the moment."

"So far no stretch marks. So I'm happy about that the perks of being chubby previously. Lol my tummy knows how to stretch," she says. "Don't mind me... just growing a human over here!! Still, I almost can't believe it. I know im a nerd but im just so excited." 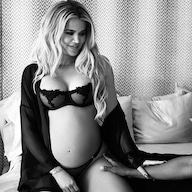 Khloe is due to give birth in the spring.