Less than 24 hours after Larry Nassar was condemned to 40 to 175 years in prison, Aly Raisman spoke to Today about the former USA Gymnastics doctor's sentencing.

During Thursday's episode, Raisman told host Hoda Kotb she still didn't feel like justice was served in the Michigan courtroom, saying "it's not something where you just instantly feel better." She also said USA Gymnastics, the United States Olympic Committee and Michigan State University need to be held accountable for the abuse and conduct an independent investigation to ensure it doesn't happen again.

"This is bigger than Larry Nassar," Raisman said. "We have to get to the bottom of how this disaster happened. If we don't figure out how it did, we can't be confident that it won't happen again." 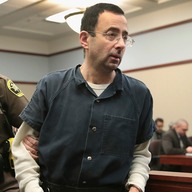 5 Times Larry Nassar Got Called Out by Judge Aquilina

Ever since Raisman accused Nassar of sexual abuse in November, she's continued to speak out about the former doctor and the aforementioned organizations. During the sentencing, Raisman read a powerful victim-impact statement in which she addressed Nassar directly and vowed to continue to be a voice for survivors.

As a two-time Olympian, Raisman is used to having the world's eyes on her. In fact, she said she "almost felt like I was going to compete" when she spoke in the courtroom.

"In that moment, I blocked out everything," she said. "I forgot that people were watching me. I forgot the media was over there. I forgot that Larry was right there. And I just spoke, and I felt like I really had to be strong. I feel a responsibility."

Still, it looks like the courtroom experience took a toll on Raisman, both physically and emotionally.

"But after, I will be honest, I was sick," the athlete continued. "I almost passed out. I had the worst headache for hours. Even since then, I still don't feel good now. It's hard to put into words, but it makes me literally sick all the stress and the trauma of everything. But for that moment, I had to be strong. But I'm very, very exhausted from it."

Because she hadn't seen Nassar since her 2015 training camp, Raisman looked at pictures of the former doctor online to mentally prepare. During the interview, Raisman told Kotb what it was like to see him in the courtroom while she read her statement.

She also said being with her "army of survivors" helped. Even though she had never met most of these women, Raisman said she felt an "instant connection" with them.

"We really are an army of survivors, and this is just the beginning for us," she told Kotb. 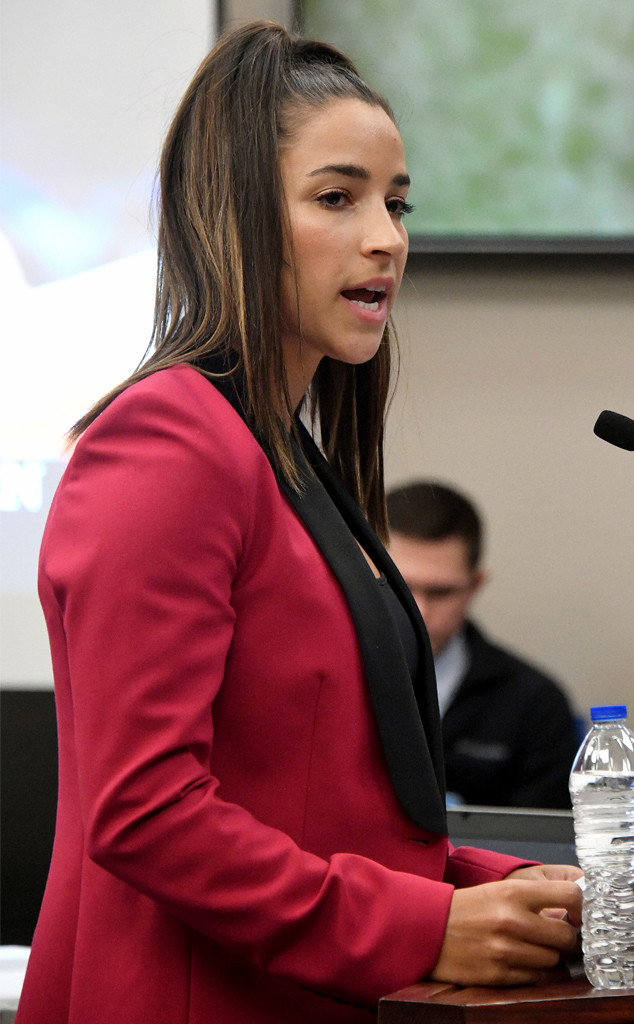 During the sentencing, Nassar apologized to the survivors and issued his own statement. Still, Raisman believes Nassar doesn't understand the effect of his actions.

"The fact he wrote a letter to the judge a few days prior saying it was unfair and he shouldn't have to listen to us all speak, and that's why in my statement I did call him out and say, 'How dare you say this is hard for you? Imagine how all of us feel,'" she said. "He deserves to suffer. I mean, it's disgusting what happened."

Raisman also disclosed more information about Nassar and USA Gymnastics. Based on her knowledge, the Olympian accused Nassar of not having a medical license in Texas, where the national and Olympic training center is based. She also said that USA Gymnastics has not reached out to her directly.

"For so long, they put medals, reputation and money over the safety of athletes," she said.

Even though the sentencing is over, Raisman is committed to educating others about signs of abuse and ensuring that this doesn't happen again.

"I'm very passionate about creating change," she concluded, "and making sure that abuse never happens."

Raisman isn't the only gymnast to react to the sentencing. Simone Biles also issued a series of tweets, one thanking Judge Rosemarie Aquilina.

"To Judge Aquilina : THANK YOU, YOU ARE MY HERO," she wrote. "& Shout out to all of the survivors for being so brave & speaking like the queens that you are while looking at that monster. He will no longer have the power to steal our happiness or joy. I stand with every one of you."

Watch the video from NBC News' Today to see the full interview.