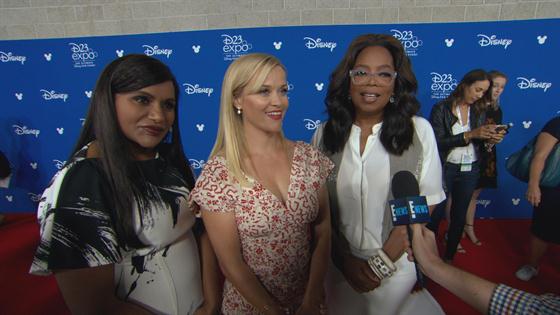 Ava DuVernay didn't read Madeleine L'Engle's 1962 novel A Wrinkle in Time as a young girl. But, when she agreed to direct the $100 million movie for Disney, she had some stipulations. Chief among them: The director wanted to hire a diverse cast of characters. "I wasn't just casting for actresses," she says in the current issue of TIME. "I was casting for leaders—icons."

And did she ever. Mindy Kaling, Oprah Winfrey and Reese Witherspoon were cast as Mrs. Who, Mrs. Which and Mrs. Whatsit, respectively, while Rowan Blanchard, Zach Galifianakis, André Holland, Gugu Mbatha-Raw, Deric McCabe, Levi Miller, Michael Peña and Chris Pine round out the star-studded cast. "Reese is the hottest producer in town. Oprah's the most prolific, venerable legend of television and an artist and entrepreneur. And Mindy's one of the few women running a show with her name, about her," DuVernay says of beloved Hollywood trio. "When I think about the three of them together as a unit of celestial beings, it feels right."

Newcomer Storm Reid was cast in the lead role of Meg Murray. After seeing the young star's audition, DuVernay tells the magazine, "She became the benchmark for what I was looking for." 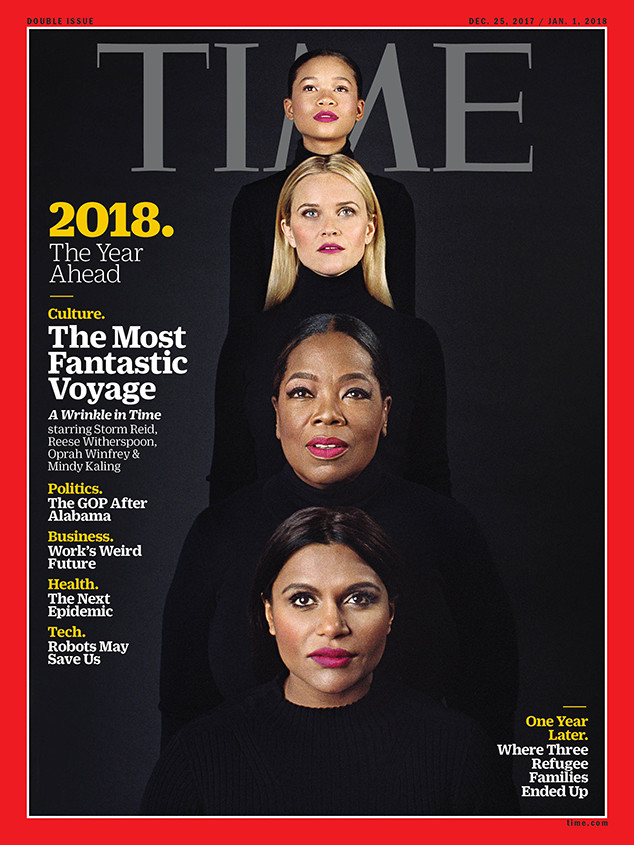 From the start, DuVernay was nervous. "Women directors, we're not getting people just saying, 'Hey, let's talk about this $100 million sci-fi epic." But Tendo Nagenda, a Disney executive who gave her the script, was persistent. "Ava, imagine the worlds you can create," she recalls him saying. "And I said, 'Worlds?' He said, 'There are planets, and you get to decide what they look like.' I was just like, 'I do?' How many women hear that? How many people of color hear that?"

DuVernay impressed Witherspoon, who in the past has brought many books to the big screen. "I've never seen somebody demand inclusiveness like that. It's just a different perspective, and you don't get that unless we start to have powerful filmmakers of different colors, different genders," the Oscar winner says. "You're just gonna have the same 20 dudes making the same 20 movies over and over and over again." Winfrey agrees, recalling, "I looked at [DuVernay] in her jeans and sneakers and those dreads out there calling it. It's just the coolest damn thing to watch her with those big-ass machines. It just feels like, 'OK, next generation: There you are.'" In fact, Winfrey says, "I felt like we were making the new Wizard of Oz for another generation."

Having a biracial heroine will have profound impact on audiences, she adds. "When you don't see yourself, there is a subconscious psychological manifestation," she says. "It's diminishing." But to have someone who looks like Reid finally in the forefront? "That will have impact far beyond anything any marketer, any researcher, any of us even know," Winfrey promises TIME.