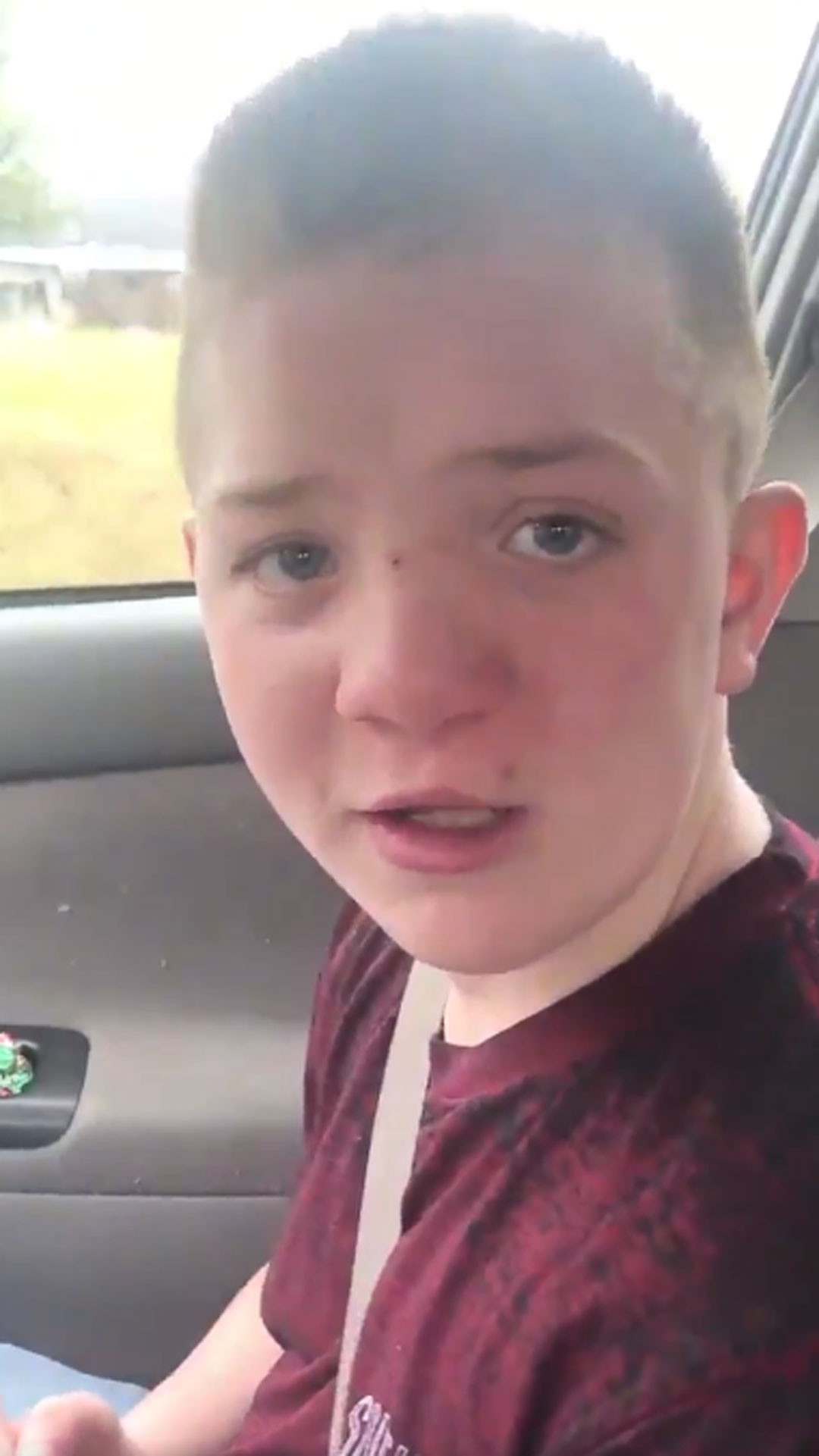 A GoFundMe campaign for Keaton Jones has been put on pause.

Over the weekend, a video of Keaton talking about being bullied at school went viral after being shared on Facebook by his mom Kimberly Jones. In response, stars like Chris Evans, Millie Bobby Brown, Hailee Steinfeld, Snoop Dogg and many more celebs have sent their social media support to Keaton.

After the video went viral, a campaign page was started by Joseph Lam for the bullied teen.

"I came across this video on facebook of Kim Jones and her son Keaton," a description for the campaign page read. "Keaton is being bullied at school. This video really touched my heart. I decided to do this GoFund Me to help with this childs future."

Stay strong, Keaton. Don’t let them make you turn cold. I promise it gets better. While those punks at your school are deciding what kind of people they want to be in this world, how would you and your mom like to come to the Avengers premiere in LA next year? https://t.co/s1QwCQ3toi

The message continued, "I know that money may not be the answer for this problem that we are facing in our communities with bullying. One of my biggest fears as a parent is that my children will be bullied in school. I know its a big task to tackle but it starts inside of our walls and the values that we teach our children. This is just one case of thousands out there.  How many of our children stay in silence out of fear for their safety or for the fear of being further unaccepted. Over 3.2 million kids are bullied annually. 160,000 kids on a daily basis skip school out of fear from being bullied. They just want to be accepted and to be able to learn in a safe environment. Im so glad Kim posted this video of her son. It shows how bullying can really impact a child. The video that she posted really touched my heart and felt compelled to help. This is best way that I knew how."

However, there's been backlash against Keaton's mother over controversial posts she's allegedly made online.

Joseph wrote on the campaign page Monday, "As many of you know I paused the donations as well as the comments. As I sit back and read these comments and watched the video again I feel I have to make this update. THIS IS NOT ABOUT THE MOM!! However passing judgement on her before you know her is a form of bullying. Condemnation before evaluation is the ultimate form of ignorance. I can't even say for sure that any of whats being said is true. I don't know the family personally and never claimed to have known them."

He continued, "This is about a kid who's been bullied and not just one kid, Keaton, there are many unspoken cases about kids being bullied. We have to be the voice for the voiceless. In the video I saw a kid crying not just for himself but for others. To me thats a kid with a heart of gold and deserves praise. Im hoping that we can turn the money into something good whether it be for private school or college fund. Im in touch with GFM on how to proceed at this point. Thank you every one that donated."

TAGS/ Apple News , Top Stories , Viral
GET POP CULTURED!
*Email entered incorrectly. Please try again.
By subscribing to our newsletter you agree to the Privacy Policy and Terms of Use
Daily
Weekly