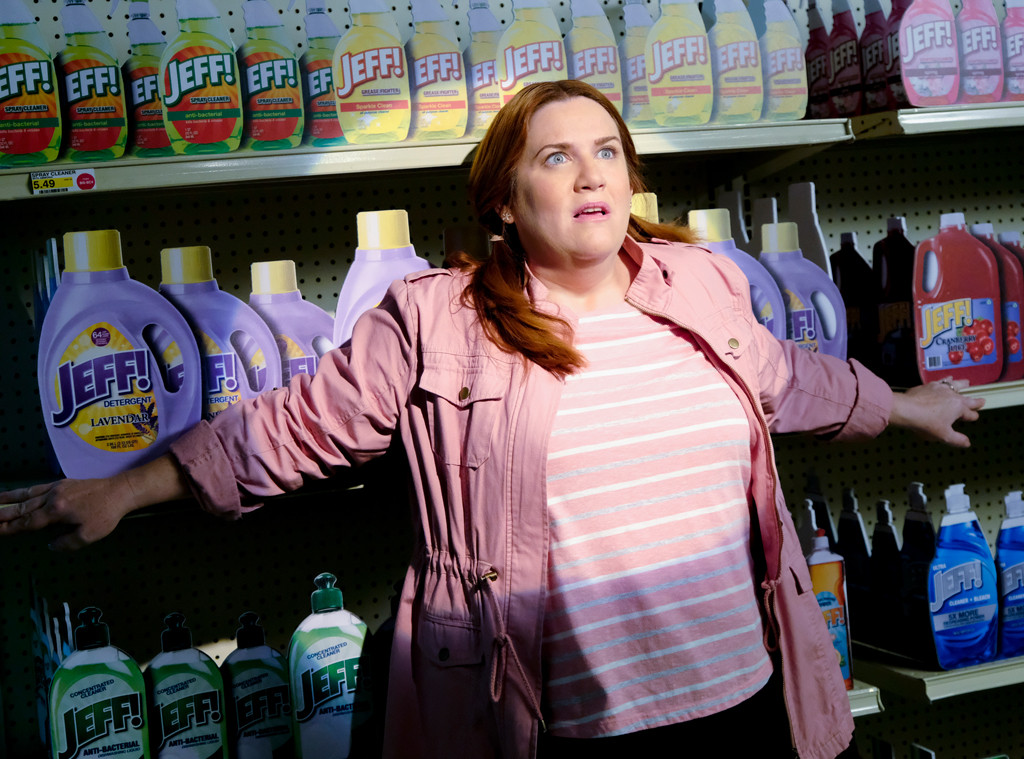 Christmas, unicorns, the Easter Bunny—these are all generally happy and innocent thoughts. But those child-like images were what was going through Donna Lynne Champlin's head while she filmed the Crazy Ex-Girlfriend musical number titled "First Penis I Saw." Yes, it is a song about exactly what the title describes.

While shooting the number, Champlin said she watched playback with writer and executive producer Mike Hitchcock. "I went over to watch a little playback and he goes, ‘What the hell is going through your mind?' I was like, ‘You want to know what I'm thinking?' He said, yeah. I was like, ‘Christmas! Candy! Easter Bunny! Flowers! Rainbows! Unicorns!' I was like, ‘That is my inner monologue. I really, really hope it comes through.' He was like, ‘Well, you're making me laugh, so I don't care,'" she told E! News.

The song is Champlin's first solo musical number of the season, also her first since season two's "Maybe This Dream." Champlin was told of the big number, an ABBA-esque bop, before season three filming started. After she received the demo recorded by another singer, she contacted Crazy Ex-Girlfriend co-creators Rachel Bloom and Aline Brosh McKenna. 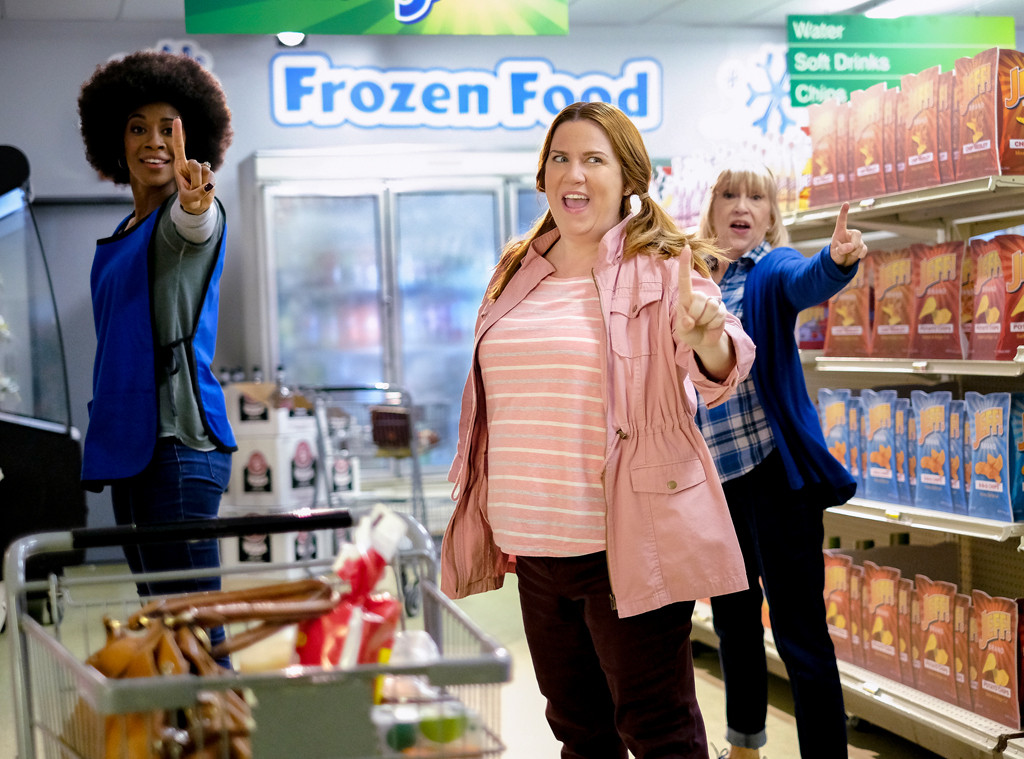 Recording the musical number took an abnormal eight hours over two days. Generally the show will shoot a musical number in one four-hour block, but shooting on "First Penis I Saw" was interspersed due to the nature of the lighting on the grocery store set. If aisle one was lit, they did the aisle one scenes, both song and dance portions and dialogue scenes. At the end of the day, it turned out the way Champlin had hoped.

"Yeah, I mean, I have to say I'm relieved just because there were so many moving parts to the number. Just because the subject matter—I'm just relieved it all came together. It's the essence of what the number originally was when they thought of it because sometimes, if anything artistic: a play, a musical number, whatever, it can go through so many checks and balances that the final product losing the life essence, the joy, or the emotional essence of where it started. I knew that this number was going through quite a few departments and quite a few filters, and so my hope that just by the time we were done with it, it would still have that essence of innocence and joy. So when I saw it at [VultureFest] and saw that it absolutely did have the emotional essence of purity, I was ecstatic." 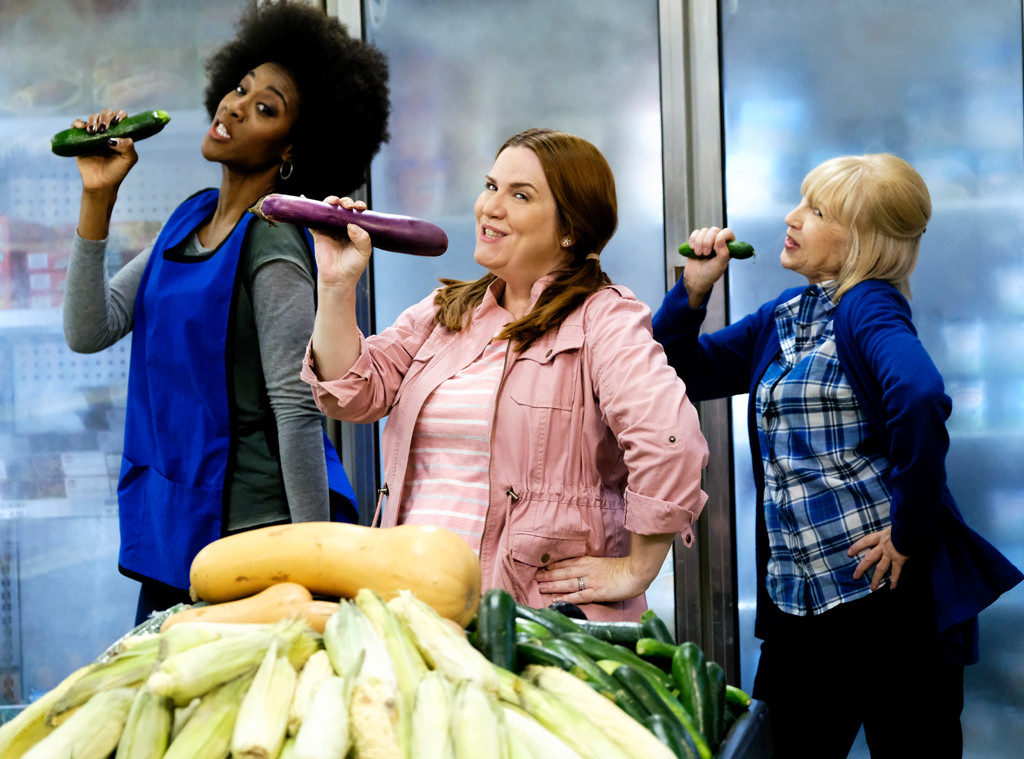 But she still had to warn her mother. Champlin, who said her mother is Irish-Catholic, generally very proper and has had issues with what she perceives as Crazy Ex Girlfriend's vulgarity, gave her a warning. The song has lyrics such as, "And of all the penises I've seen, his had the biggest impact/And by that I mean it really made me drop my jaw/Because it was the very first penis I saw" and has Champlin using phallic vegetables as microphones.

"When I had my lunch before the season started and they told me I was going to have a Mamma Mia song all about penises, I called her. I said, ‘Mom, just a heads up, I don't know what episode this is, but if this actually happens, I think maybe you shouldn't watch it. Listen, I don't really know what it is, let me wait and see what it is, what the lyrics are.' I got the song and my mom was like, ‘I'm scared to listen! I'm scared to listen to it!' Finally she got so worked up about that fact that I was going to be saying ‘penis' on national television that I sent her a bootleg tape of a rehearsal we had done," she said.

It turns out Champlin's mother was a fan. "She said, ‘I might mind when you told me you had to say ‘penis' like 40 times,' she was like, ‘Oh my mind just went to the darkest place.' She was like, ‘It's adorable, I'm so glad you sent me the video.'"

"First Penis I Saw" arrives in an episode with her character, Paula Procter, at the forefront. In the episode, Paula travels home with Rebecca Bunch (Bloom) to deal with her ailing (and alcoholic) father. In true Crazy Ex-Girlfriend fashion, without spoiling too much, things didn't exactly work out as Champlin expected. 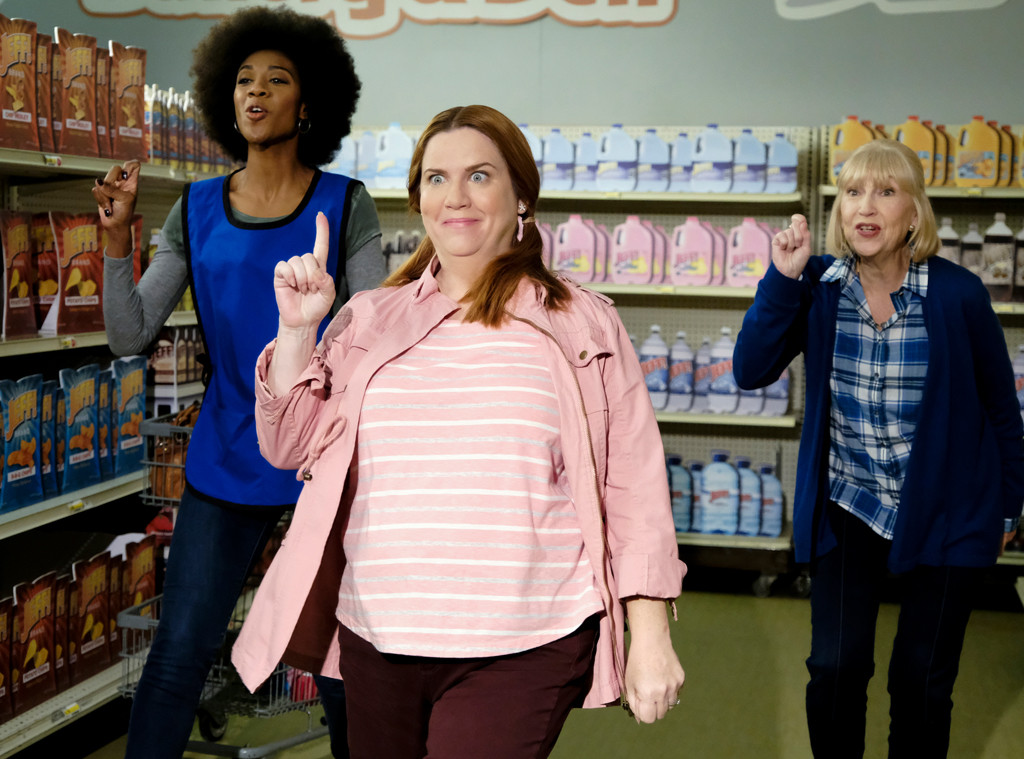 "I really kind of expected it to be like a big reckoning with the father. It all got flipped, which of course is brilliant. Instead of it being a big blowout fight with the dad, it was a very quiet understanding of the fact that some people are stuck in time and some people grow and change," she said.

As for her big song, Champlin said she's not counting on it becoming a breakout hit because you can never predict which songs will click, but she said, "I would love for it to be an anthem for the first penis that everyone saw, I would be so thrilled, but I don't like to count my chickens when it comes to these musical numbers because you just never know which songs are going to hit that vein. I would be thrilled if it does, but I'm not counting my chickens."