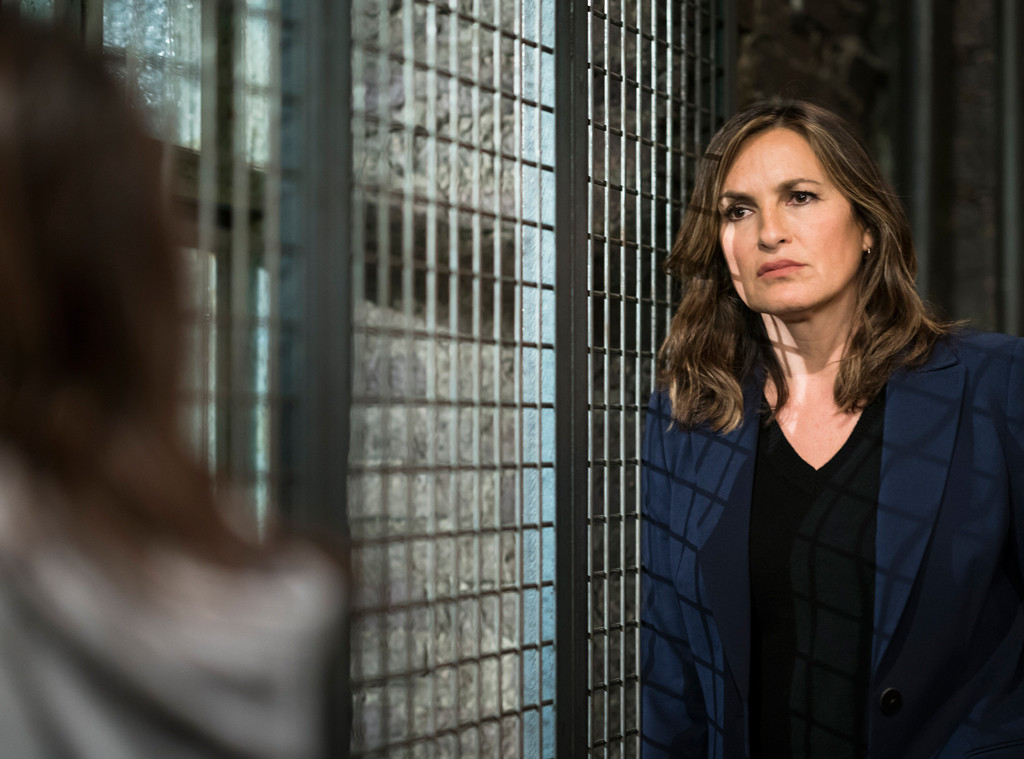 It may not look like it on screen, what with the seemingly endless emotional blows, but Mariska Hargitay said she is "having the time of my life" on Law & Order: SVU, 19 seasons on the job.

Hargitay's Lt. Olivia Benson has been put through the wringer on numerous occasions, most recently in the Wednesday, Nov. 29 episode, "Something Happened." The episode, a departure from SVU's traditional episode structure, saw Hargitay flexing her Emmy-winning acting muscles in new ways. The episode was essentially a two-person play.

In "Something Happened," Benson dug deep inside herself to address issues she's long repressed about her father, as well as the traumatic abuse William Lewis (Pablo Schreiber) inflicted. Viewers will recall Benson is the product of rape, and she never knew her father. Her mother struggled with alcoholism during Benson's upbringing and it ultimately played a factor in her death. Clearly, Hargitay is no stranger to her character's emotional struggles, but when confronted by Laurel (Melora Walters) and her harrowing story of familial abuse, Benson and Hargitay were forced to go to an even deeper space than ever before. 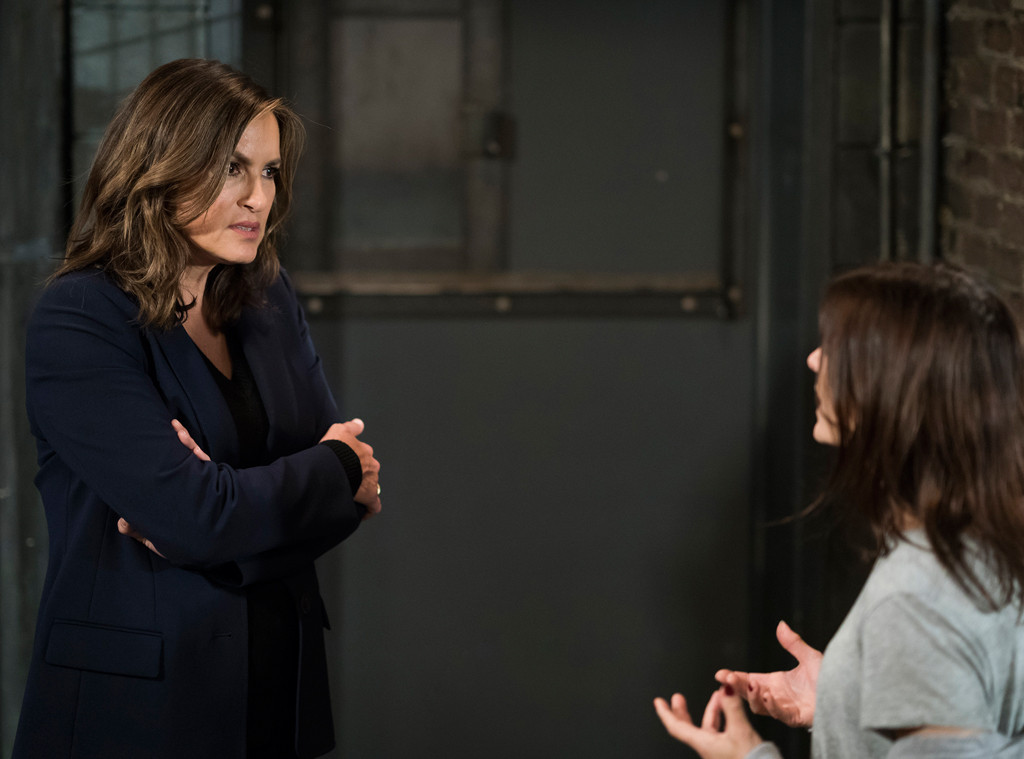 "I loved any sort of the intellectual aspects of it, and not knowing how I'm going to get in," Harigtay told E! News. "The story is obviously an emotional story to tell…I remember [showrunner] Michael Chernuchin kept saying—you might not want to write this because it's a little graphic—but he kept saying, ‘Benson has to pull off her scabs,' right? Rip off her scabs. I felt that's exactly what it was. I had to go into areas that I have never gone into to get this story, to really find out what happened that night."

Mariska Hargitay's Law and Order: SVU Hair Through the Years

To get to the bottom of what happened with Laurel's attacker and family—Laurel killed a man, triggered by the memory of her father and the abuse he inflicted, not on her, but her sister—Benson had to really acknowledge feelings she repressed. Working on the episode, Hargitay said she and Walters had no idea where they were going to go. They would rehearse for hours before doing a scene, like actors would before a play. It was "uncharted territory" for Hargitay and the show.

"Nobody knew what was going to happen and it was the most exciting, thrilling thing ever," she said.

Hargitay credited her connection with Walters as a reason why she was able to go as deep as she did in the episode. 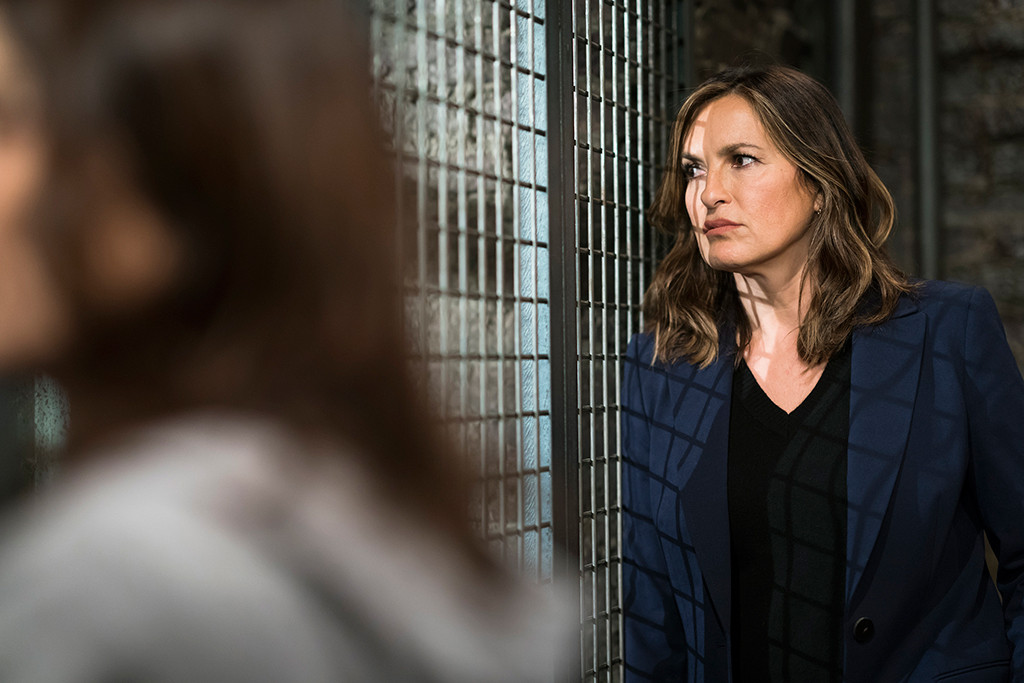 "For me…because I produce the show and sometimes I direct the show, sometimes I get out of it and get into either directing or producing mode a little bit, and it was just so fun to be inside the new dynamic, to be utterly and totally swept away and taken away by it," she said. "I was sort of scared every day to climb this mountain. I really was, because the stakes were so high, the material was unlike anything we had ever done. It just took me a lot of time to wrap my head around it, and I think we all just worked that much harder and, again, approached the material in such a different way that was…deeply surprising for everybody."

"We just haven't done anything like this, we just haven't. With Olivia, I keep getting asked this, 'Where can we go after 19 years?' and this was utterly new. It just was utterly new and…painful in a different way. We learned the toll her past has taken on her in a different way," Hargitay continued, her voice cracking with emotion. "And now how she's living it now. This woman's story resonates with Olivia in a way that digs up such old, profound wounds that are dictating, in every moment, who she is and how she lives her life, how she's a parent and all of that. It was deeply exciting and I'm so proud of it. Again it was a gift and nothing but an honor to work with Melora. I just cannot say enough about her as a person, as an artist, and it was a real gift."

The episode required a heady space Hargitay never went to with Benson before. "I hated him," the character said of her father. "I was just collateral damage." There's a clear emotional toll this case took on the character. 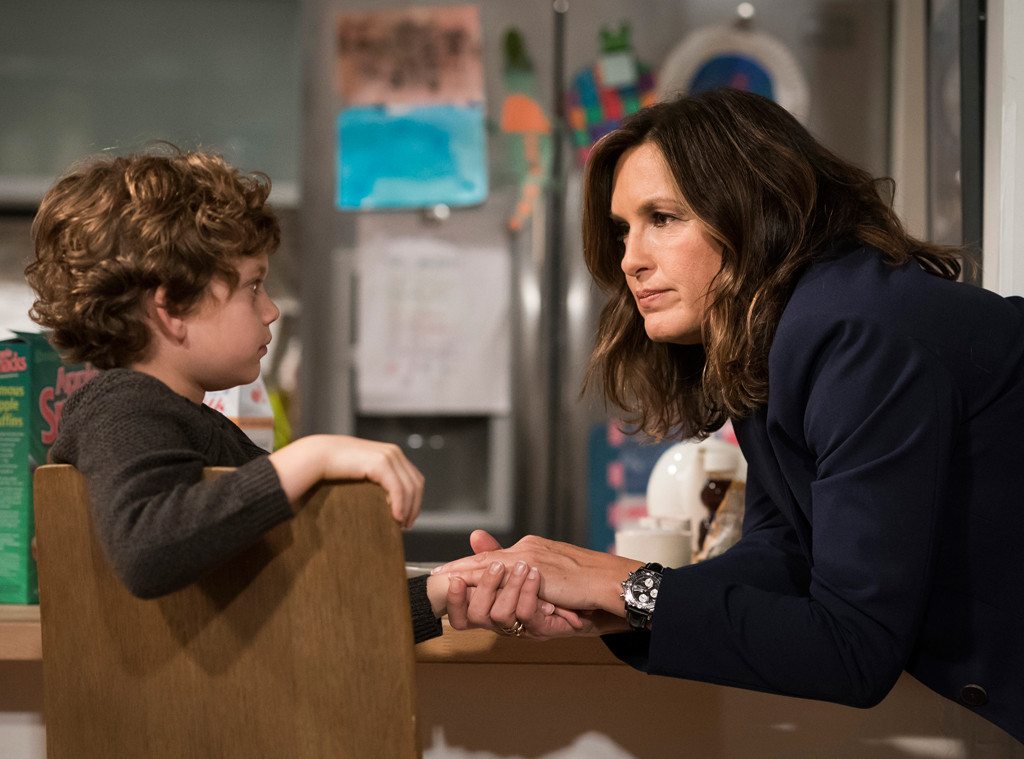 "I think in some way it dredged up all this old pain, and in some ways it was utterly healing and cathartic to even address it, to even bring it from the unconscious to the conscious, right? She spent so much of her time fleeing, sort of pushing that stuff down, rising above, focusing outward, focusing on victims, focusing on her child," Hargitay said. "She spent so much time proving to everybody that she's OK and she can handle the things that happened to her, but in this way, one of the things at the end is she's so broken and so victorious. Because despite these pains, despite what she's been through, she's still victorious…she's even succeeded in this painful job, she's still in the middle of fighting for her child, she's still doing it…She keeps showing herself how strong she…she's brave enough to go inward.

"So many people spend their life running from the demons inside, that's what they do, and I think in that way she's a true heroine, to again, feel it, build a tolerance for it and get up the next day and do it again," she continued.

It's on her face with the last shot of the episode: Benson, alone at the interrogation room table, full of emotion. "Yeah, it's like she's ready to go again. She's like a boxer, she's ready and will not fall. ‘I will not fall,'" Hargitay said.