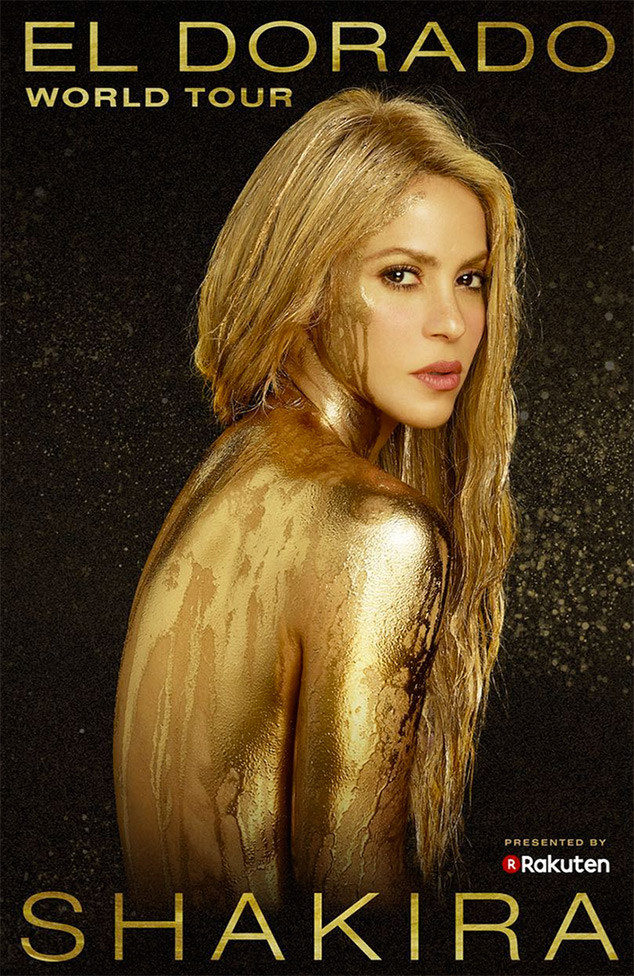 Shakira has been forced to delay her El Dorado World Tour until 2018. The 40-year-old singer made the announcement on Instagram Tuesday, writing to fans in English and Spanish. The postponement comes after a handful of canceled dates over the past week due to "vocal rest."

"For the last five months I've been wholly dedicated to preparing my El Dorado World Tour. However, these past few days, just before my first concerts, have been the hardest of my career. At the end of July I went for a routine checkup, before starting to design this tour and my doctor confirmed that my vocal cords were in perfect condition. Towards the end of October though, in the home stretch of my rehearsals, I felt a strange hoarseness that impeded my singing. The doctors, upon examination, detected that I had suffered a hemorrhage on my right vocal cord," the "Bicicleta" singer told her 43.9 million fans. "I then went on vocal rest as recommended by the specialists in an attempt to recover in time for my first show in Cologne."

"Unfortunately the hemorrhage doesn't appear to have reabsorbed and my nightmare continues. At the moment I find myself in a difficult battle as I try to fully recover," Shakira continued. "It pains me not to be able to sing this month, for those have done even the impossible to get tickets and accompany me throughout the different countries of Europe."

Shakira's tour was supposed to begin Nov. 8 at the Lanxess Arena in Cologne, Germany. The singer is sad for her 60+ team members, "who have worked day and night until the last day to help me put together the best show of my artistic career, and who, like myself, are anxious to begin this tour." Shakira also wrote that she is sad "for my kids, who were excited to see their mom in concert as soon as possible." And "above all," Shakira apologized to her fans, "who have always been by my side through the good and the bad, and who deserve the best of me."

"In all the years I've been singing, I've never been faced with situation like this. As such, and with a heavy heart, I must announce that I find myself obliged to postpone my European tour until 2018, to allow my body several necessary weeks, dedicated to my complete recovery," the singer wrote. "Thanks to my fans throughout the world for their understanding and loyalty, for all the encouraging messages and affection they've transmitted to me, and for their prayers."

Shakira, whose world tour will resume Jan. 9 at the Amway Center in Orlando, is eager to get back on the road and give the fans the best performance of her career. "I hope to overcome this difficult trial and to return to the stage as soon as possible, to once again hear your voices singing along with mine," she wrote. "I love all of you very much and I will always remember those who have been by my side during this time, offering their friendship and affection."