More from Kim Cattrall's side of the story about the Sex and the City 3 controversy has been revealed, with her comparing the drama to a "toxic relationship."

Last week, DailyMailTV reported that Warner Bros. Pictures canceled plans to soon begin production on the movie after refusing to meet demands by the actress, who played Samantha Jones in the TV and film franchise. A source told E! News this is untrue and Cattrall later tweeted, "The only 'DEMAND' I ever made was that I didn't want to do a 3rd film....& that was back in 2016."

In a new excerpt from her interview taped for Piers Morgan's ITV show, Life Stories, she said she had no idea when she last spoke to her co-stars, and that no one was reaching out when the DailyMailTV report began circulating, The Daily Mail newspaper reported Tuesday.

"And that's another thing that's really disappointing is that nobody ever picks up the phone and tries to contact you and say, 'How you doing?' That would have been the way to handle it,' she said. 'And usually what happens in a healthy relationship is that someone, or a transaction for a job in my business, is that someone says, 'Are you available?' and you say 'Yes' and 'Here's the job' and you say 'Yes but thank you very much but I'm sort of over here right now but thank you very much' and that person turns to you and they say 'That's great, good luck to you, I wish you the best.'"

"That's not what happened here," she said. "This is, it feels like a toxic relationship.'" 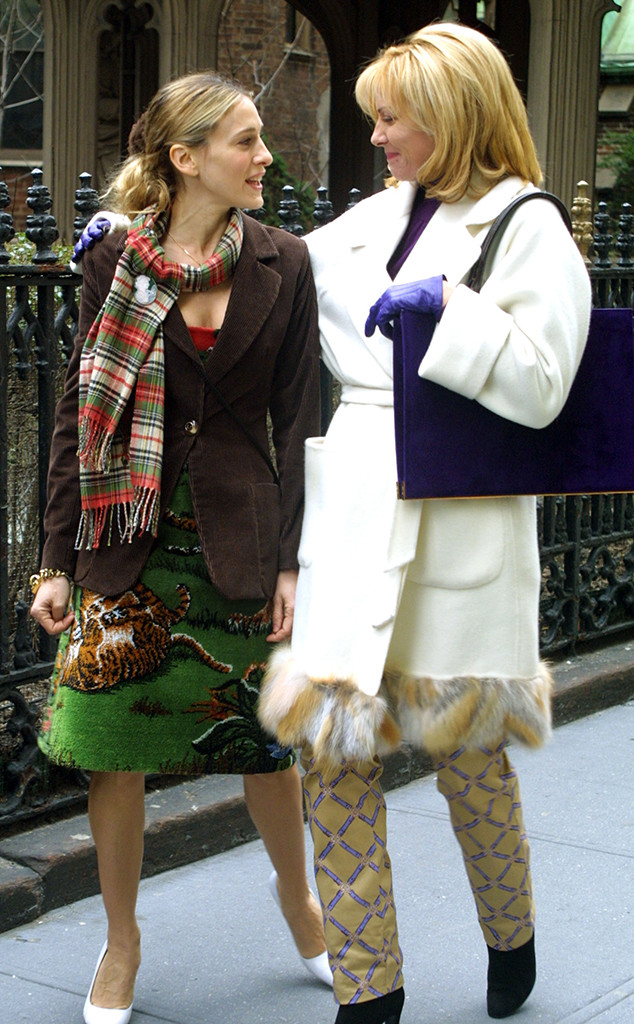 The drama comes more than a decade since reports emerged of a feud between Cattrall and Sarah Jessica Parker, who played main character Carrie Bradshaw.

"And now, now at this very moment it's quite extraordinary to get any kind of negative press about something that I've been saying for almost a year of 'no' that I'm demanding or a diva," Cattrall told Morgan in her interview with him, according to an earlier report in The Daily Mail. "And this is really where I take to task the people from Sex and the City and specifically Sarah Jessica Parker in that I think she could have been nicer."

Parker had last week confirmed the demise of Sex and the City 3, telling Extra, "I'm disappointed. We had this beautiful, funny, heartbreaking, joyful, very relatable script and story. It's not just disappointing that we don't get to tell the story and have that experience, but more so for that audience that has been so vocal in wanting another movie."

"I really think she could have been nicer," Cattrall said. "I don't know what her issue is, I never have."

Parker has not commented.

Cattrall told The Daily Mail she does not rule out a reconciliation with the actress, saying, "There is genuine affection and there has been over the years."

Cattrall also opened up about her past refusal to take part in the film and the DailyMailTV report about her alleged demands.

Kristin Davis, who played Charlotte York Goldenblatt, has also weight in on Sex and the City 3's cancellation.

"I wish that we could have made the final chapter, on our own terms, to complete the stories of our characters," she wrote on Instagram last week. "It is deeply frustrating not to able to share that chapter (beautifully written by MPK [Michael Patrick King]) with all of you. So we will just have our memories, but please know that all of the love and support for us through the years is felt by us and we are so grateful for all of you! SATC forever in our hearts."

TAGS/ Kim Cattrall , Sex And The City , Movies , Top Stories , Apple News , Feuds
GET POP CULTURED!
*Email entered incorrectly. Please try again.
By subscribing to our newsletter you agree to the Privacy Policy and Terms of Use
Daily
Weekly