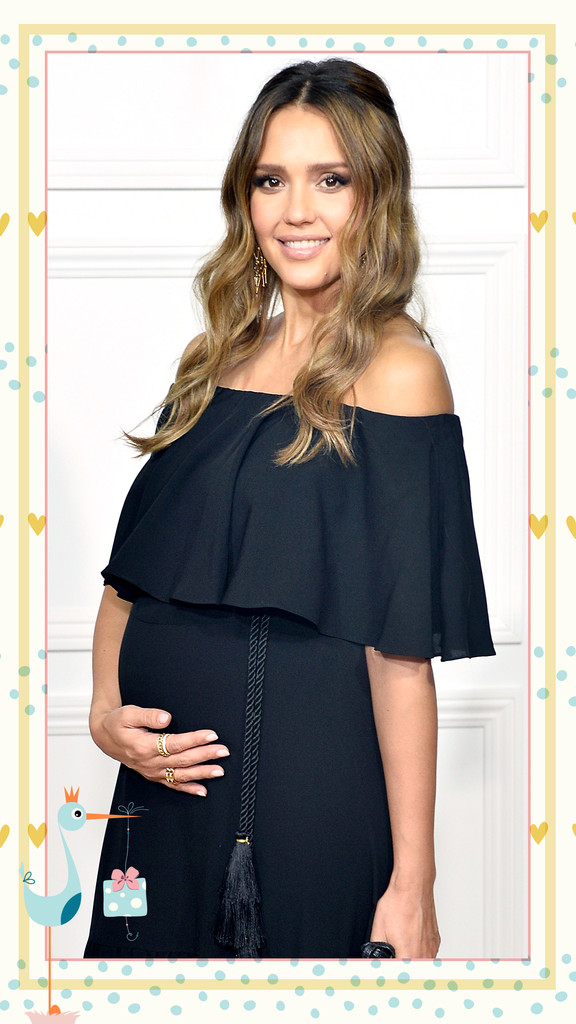 When it comes to healthy Hollywood, Jessica Alba is one of the first stars that comes to mind. The actress-cum-entrepreneur has always been at the forefront of fitness and now, thanks to her billion-dollar Honest Company, all things organic. Her name is truly synonymous with exercise (and soap!), so it only makes sense that she's heading into her third pregnancy with a renewed outlook on her well being.

Alba is currently expecting her third child, news that she announced to the world via her Instagram page in July. She had appeared to show off a baby bump during a summer family vacation to Hawaii (she was snapped paddle boarding) but she confirmed the speculation with an adorable Boomerang featuring her two oldest children, daughters Honor, 9, and Haven, 6.

The pregnancy may have come as a surprise to her fans, but according to those closest to the actress, she's always dreamed of having a big family.

"This wasn't a surprise at all," a source told E! News. "It was always in the cards for them to have a third child. It was definitely part of the plan and they just wanted to wait a few years for the right time."

And now that the dream is coming true, Alba and her husband, Cash Warren, are reveling in the good news. If it wasn't clear by all of her enthusiastic social media posts, a source relays that they're "really excited" to be adding to their brood. By all accounts they're keeping the sex of the baby under wraps—they might not even know themselves—and Warren would be thrilled to round out the family with a little boy. Of course, "a healthy baby is most important." 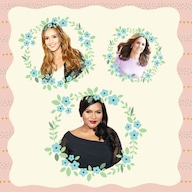 What's Your Famous Mom Style? Find Out If You're a Jessica Alba, Mindy Kaling or Kate Middleton

To have a healthy baby one must first be a healthy mom, and that's something that Alba has down pat. She's always been open about her dedication to a well-balanced diet and her drive to hit the gym, whether she was sharing her appearances at hot yoga or early-morning time on the treadmill at her home gym. As sources confirmed to E!, she is doubling down on all of that as she heads into the final stretch of her pregnancy—and it helps that she's thriving this time around.

"Jessica has been feeling amazing during this pregnancy," says a source, going on to explain that Alba is telling friends that "the third time is a charm."

She's following her usual healthy diet and is working out as much as possible. Right now that includes taking classes at Los Angeles' Cycle House, an upbeat spin studio with a nightclub vibe that is known for its intense classes and (very) dedicated following.

"She knows that she will slow down as she gets further along," the source explained. "But right now she is trekking along and is very active."

Not every spare moment can be spent in the gym, though: She's been taking time to hang out with her friends and hit the town. E! News recently spotted her at BFF Rachel Zoe's spring presentation at the Sunset Tower hotel, where she rocked one of the designs from the collection (a flowy black dress very much in keeping with her typical style) and chatted with the Foster sisters, Goldie Hawn and Chrissy Teigen.

Alba is also keeping a humorous outlook on everything this time around. She recently spoke to the Today Show about the differences in her third pregnancy and she didn't mince words.

"I feel like everything is happening sooner even though it's not," she said. "My stomach feels like it's way bigger than it was with the other two. That feels kind of a little funny, because I'm like, 'How am I already starting to walk funny and waddle?'" When Jessica isn't caring for her two daughters, hitting the gym or supporting her friends in their businesses, she's tending to her own highly successful business. As the founder she is the face of the brand, but she also serves as the visionary leader, guiding strategy and product innovation. She has continued to work through this pregnancy and has every intention to keep up her busy schedule once the baby arrives.

"She is really dedicated to her company," a source told E! "She has said she will slow down once the baby is born, but everyone around her knows she is so dedicated and will still have her hands involved."

As perfect as Alba may seem from the outside, she has also been open about her struggles to maintain a work-life balance and battle guilt—instances that have made her even more relatable to her fans. Before announcing this pregnancy she spoke with E! about the push and pull of building a company while raising children, explaining that there just isn't enough time in the day to dedicate herself to everything she would like.

"I think feeling like you're missing moments, you feel bad when you realize they are wearing shoes that hurt them because you're like, 'Oh, I didn't even realize you've been wearing shoes that are too small,'" she said. "Some of those milestones, you want to be there for every single one and it's not realistic when you're working, but for me, that's what gets me. Even the everyday little things like picking them up from school are a big deal, so I drop them off at school most mornings and try to get home for bedtime." 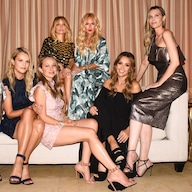 The actress spoke about her struggles at a recent event promoting her partnership with American Express as well, telling attendees that she gets caught in the parenting comparison trap just like everyone else.

"I think it's really easy to compare your life to other people's lives, I'm guilty of doing it," she admitted. "I see moms at school who are always volunteering to have baked goods. Do I want to be that person? Yeah, I sort of fantasize about it sometimes, but it's just not my reality."

Baked goods or no baked goods, Alba is doing pretty fantastic at this whole mom-CEO-actress thing. As she enters the home stretch of this pregnancy, we're not expecting any less from her. That said everyone deserves a break now and again, so the biggest question will be whether she can reverse course and just take it easy. In a move that should surprise no one, it seems that she's also pretty good at pampering herself when needed.

As she told Today, she's never hesitant to pump the brakes when her schedule is getting out of hand.

"I think when you're happy, everyone else is happy," she said. "So if you need to get a manicure, if you need a girl's night out, if you need to take a bath and not make dinner that night, it's okay. Everyone will survive."

TAGS/ Jessica Alba , Moms , Inside Their Private World , Features , Top Stories
GET POP CULTURED!
*Email entered incorrectly. Please try again.
By subscribing to our newsletter you agree to the Privacy Policy and Terms of Use
Daily
Weekly