How Christina El Moussa Is Handling Her New Solo Success: Focusing on the Kids, Dating, Co-Parenting & Avoiding the Comments Section

Christina Anstead couldn't have imagined that one of the most painful years of her life would end up being the most transformative.

It's been nine months since she and her co-star onscreen and off, Tarek El Moussa, announced they had separated (six months beforehand) after seven years of marriage. While that December day will live in infamy for devoted fans of their hit HGTV series Flip or Flop, as people wondered if the El Moussas' chemistry could really survive those circumstances, it turned out to be the dawn of a new era for Christina, who fast became both a tabloid darling and a sought-after tastemaker whom you just had to know more about, ASAP.

And while taking care of her two kids forever comes first, and maintaining her original commitments to HGTV is right up there on the list too, the Anaheim, Calif., native can't help but be enjoying the journey to a new level of fame after weathering so much turmoil over the past few years.

She can insist nothing's changed that much all she wants, but when you reach a point where you feel as though you're spending more time with your hair and makeup artist than anyone else... you might just be a full-blown celebrity. 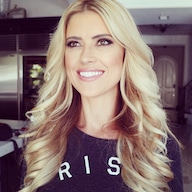 "She's like a jack of all trades," Christina told E! News last month as Rhodes prepped her ahead of a photo shoot for the new line of sunglasses she collaborated on for DIFF Eyewear. "She does my hair and makeup, she's my therapist, my mentor..." Both ladies dissolved into giggles. "We have fun together," Christina added. "We have a good time. We always make each other laugh."

Happy Birthday to the gorgeous @shanrbeauty ... I'm so proud of you and all your accomplishments... you are so beyond talented and I know you are just getting started ?? thank you for being my bestie, therapist, PIC and for always having my back. Love you ????????

"I have her face memorized now," so doing Christina's makeup is no problem, even when she's half-asleep, said Rhodes, who's been working with El Moussa since before Flip or Flop started. "We just have a little vent session in the morning before our day starts."

Having a familiar face around must come as a relief to El Moussa, too, as she navigates new waters as not "just" an HGTV star—though heaven knows HGTV stars aren't limited to only their corner of the celebrity universe—but as someone who's got doors opening up for her faster than ever before.

There's the aforementioned accessories line inspired by Christina's signature cat-eye sunnies style, there are the TV appearances and guest hosting gigs (such as on E!'s Daily Pop just this week) and, of course, the demanding schedule that goes with being one-half of the still-chugging Flip or Flop. Though there had been rumblings that the El Moussas would fulfill the rest of their contract and call it a day, HGTV instead ordered 20 new episodes that are scheduled to start airing in December. 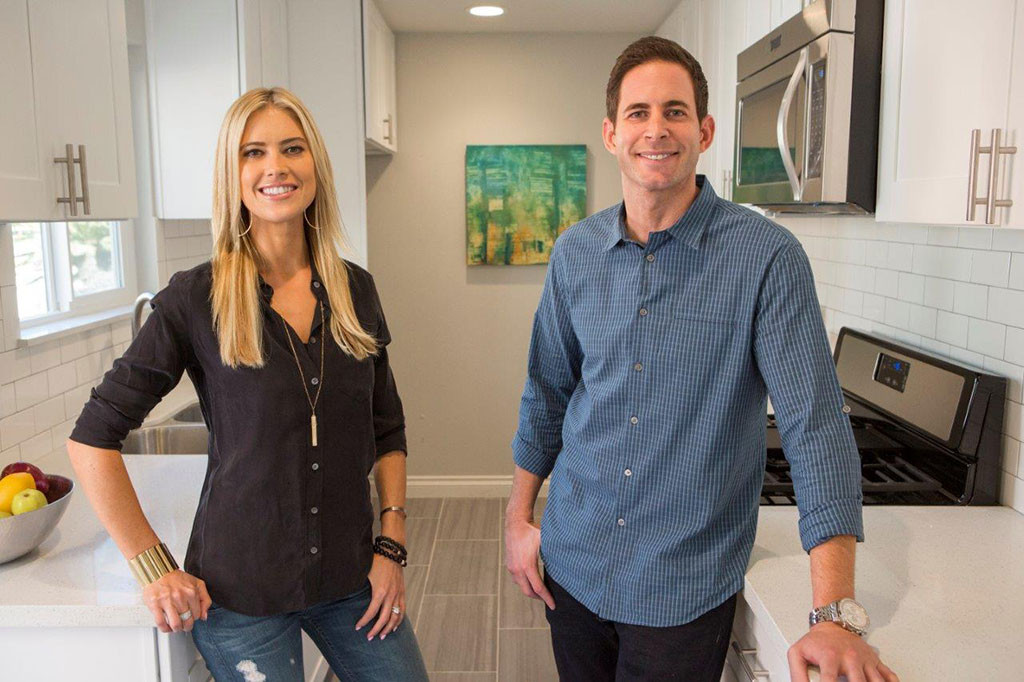 "I know many of our fans have been wondering about this and it's finally happening. Regardless of the situation, our job is to flip homes and create a TV show for people to enjoy around the world... be prepared for some disasters and crazy projects on the upcoming season... it's almost... GO TIME! Who's excited about this??? I am!" Tarek El Moussa wrote on Instagram when the show was renewed in April.

HGTV had been covering its bases in the meantime, ordering up five Flip or Flop spin-offs and hoping for similar success.

A source told E! News in March, about a month before the mothership renewal, that Tarek and Christina "were convinced when the news broke about their separating that it was going to hurt the show, especially as more details about their fighting and the nature of their relationship came out. Everyone thought it would be their last season, but ratings and ad sales for the show skyrocketed." 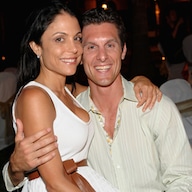 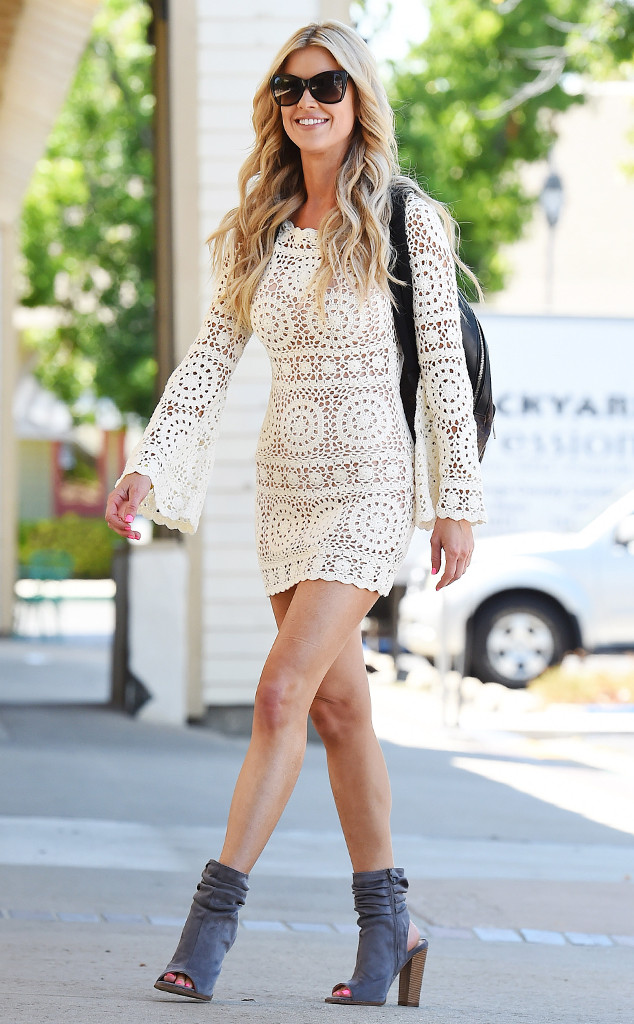 The renewed fascination in what was already HGTV's No. 2-rated show behind only the juggernaut that is Fixer Upper may have come as a pleasant surprise. But it was also an eye-opening lesson as to what attracts viewer (and sponsors') interest. Happy families with cute kids are great, but a newly single, smokin' hot mom who can weigh in on all things lifestyle and is about to embark on all sorts of new adventures, such as dating? Step right up!

El Moussa told E! News' Jason Kennedy recently that she was focused on Flip or Flop, but after that ends, she's "open to any possibilities," such as starring on her own show. "It's really nice right now because I don't know what's coming next, and it's cool," she said. And while it wouldn't necessarily have to be a lifestyle or house show, she'd rather avoid any Housewives-style drama. "I don't want the whole arguing-type thing," she concluded. "I'm not really into that. I'm very low-key."

So along with having fresh opportunities, Christina El Moussa is under the microscope like never before as well. Dating, attending a sporting event, doing charity work, wearing a bikini on vacation—all have become "public interest," fodder for a conversation about what she's up to. And the paparazzi are just...there. She's on their list of must-snaps, though this week on Daily Pop El Moussa insisted things have slowed down since the initial post-split frenzy. 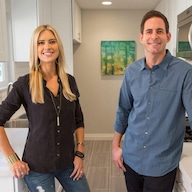 She's also in a relationship with Doug Spedding, an O.C.-based businessman Christina actually first met 12 years ago. They dated for a few months back then, but the timing obviously wasn't quite right. Earlier this year they ran into each other at a hockey game and "we picked up like we'd always known each other." 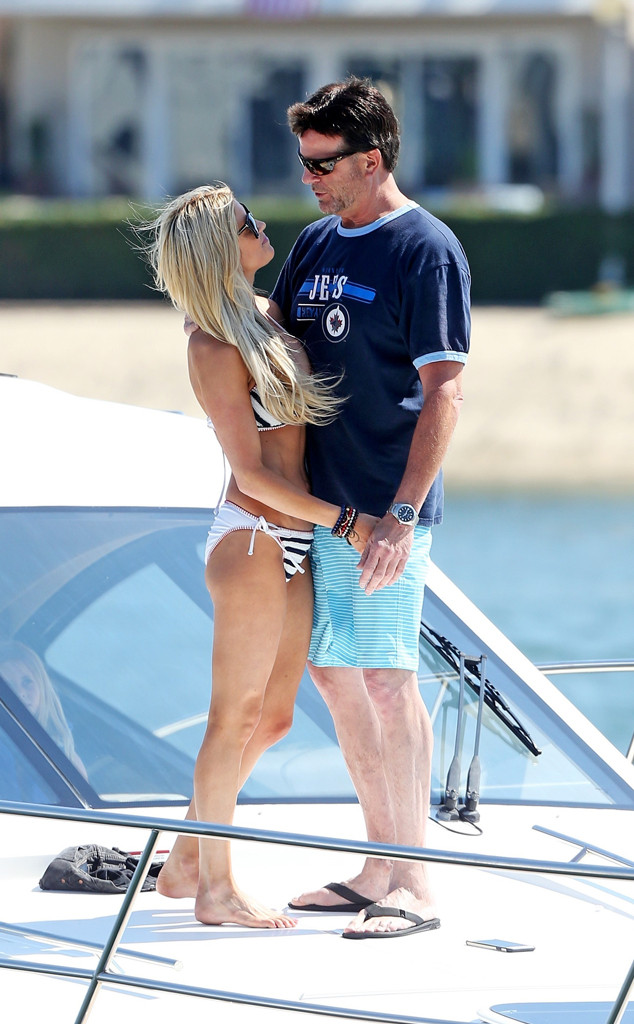 "We get along really well, he's really fun, our kids get along," she told us in August, ticking off the basic checklist for a desirable match. "We mostly just hang out, we're both homebodies. [We] like to barbecue, swim, go to the fair, just normal, everyday kind of things."

And how is Tarek adjusting to her new life, as well as his own?

"Well, Tarek and I don't really talk about our personal lives," El Moussa said. "We focus on our kids primarily, and we work together, but as far as dating..." She shook her head, smiling. "That's not something we discuss with each other." (For the record, getting remarried isn't on her radar at the moment either, but "never say never down the line." And Spedding is a father of six, including twin 10-year-old girls, so the "more kids?" question is a nonstarter right now too.)

Not being new to the spotlight, of course, El Moussa has handled the extra attention paid to her personal life gracefully. All eyes were on her and Tarek already by the time they had their second child in 2015. They had also made national headlines after Tarek was diagnosed with thyroid cancer in 2013, a viewer having noticed a suspicious-looking lump on his neck and reached out to Flip or Flop producers.

"I think going through a public divorce, I always want to remain positive and look at the future," Christina told E! News about her approach to public life. "Especially remain positive for my children, and I feel like [the separation] has been the best possible decision for Tarek and I." The most challenging time was when the separation news first broke, "but now everything has calmed down and is a lot easier."

One thing she doesn't spend her small amount of free time doing is reading comments on social media. "I know who I am, I surround myself with really good people, very supportive friends, and I don't let that get me down," she said.

And as always, at the end of the day it's really about what's best for her and Tarek's kids, daughter Taylor and son Brayden. She told E! News that Tarek is throwing a party for Taylor's 7th birthday, and she'll be taking her daughter on a girls' weekend, and she and Spedding are planning on a trip to the mountains with all the kids for Thanksgiving. Christina said that she does come down with "mom guilt" when she has to spend so much time working, so she makes sure to spend quality time with her little ones, playing board games and having story time.

"My kids are doing great," El Moussa said. "They're happy, they're amazing, they're so much fun. Co-parenting is going really well...and we're both doing great as well."

She added, "Things definitely get easier with time...I think that's true in most aspects of life."