Sam Smith Returns With "Too Good at Goodbyes," His First Single in Two Years

It's a good time to be a pop music fan.

In a week that's seen new releases from Kelly Clarkson, Zayn Malik and more stars, Sam Smith has released "Too Good at Goodbyes," his first single since the 2015 release of his Oscar- and Golden Globe-winning "Writing's on the Wall," the theme song for the James Bond film Spectre.

Written with Jimmy Napes and Stargate, "Too Good at Goodbyes" heralds the return of one of music's most celebrated artists. "This song is about a relationship I was in and it's basically about getting good at getting dumped," Smith, 25, says in a statement. "It's been a long while since I've put any music out and I feel that this first single sets the tone of what is to come."

To promote his sophomore album (release date TBD), Smith will be performing a series of intimate shows in L.A. (Sept. 11), New York City (Sept. 13), London (Sept. 15) and Berlin (Sept. 18). According to a press release from Capitol Records, venues will be announced in due time. 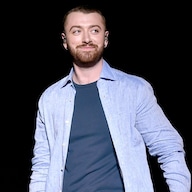 "First of all I want to say thank you. Thank you for being patient and for letting me have the past year to really escape into my mind and write music so freely. I feel so rejuvenated and have so many stories I can't wait to tell you. I have missed you all desperately, and a day hasn't gone by when I haven't been looking at all your comments and dreaming of singing with you all again. The wait is so nearly over. Something is coming very, very, very, very soon. I am scared and excited at the same time. I've poured my soul and heart into this record," the singer-songwriter told his fans in a newsletter. "Love you all, and see you in the not so distant future."

"Too Good at Goodbyes" is now available to either stream or download via Amazon Music, Apple Music, Deezer, Google Play, iTunes, Spotify and YouTube. Smith appeared on Nick Grimshaw's Radio 1 Breakfast Show Friday, where he confessed to being nervous about sharing his new music with the world. "Last night was horrific—actually horrific, the worst night. I had my family and friends with me and I had to ask them to leave at 11:00 because I felt physically sick," he said. "Then, I weirdly woke up at 4am and just had to eat a Snickers bar. I feel relieved this morning." Given his success, why was he so afraid? "It's because the music is so personal," he explained. "It's like I'm publishing my diary. That's how it feels. It's been a deep few years."

Smith stayed at home during his time out from the spotlight. "I pretty much sat in my pants watching Bake Off. That's kind of it," he revealed. "Going out clubbing and eating McDonald's."

The man who inspired "Too Good at Goodbyes" has no idea the song is about him. "Four or five songs are about one guy," while others are about "different people in my life," Smith told the host, explaining, "I won't be telling the person it's about. I don't want to give them the airtime."