President Donald Trump will donate $1 million of his own money to Hurricane Harvey relief efforts.

White House spokeswoman Sarah Sanders announced the news at a briefing to reporters Thursday, days after record flooding from the storm in Houston killed at least 35 people and drove tens of thousands out of their homes.

"I am happy to tell you that [Trump] would like to join in the efforts that a lot of the people that we have seen across this country do. He's pledging $1 million of personal money to the fund," Sanders told White House reporters.

"And he's actually asked that I check with the folks in this room, since you are very good at research and have been doing a lot of reporting into the groups and organizations that are best and most effective in helping and providing aid and he'd love some suggestions from the folks here and I'd be happy to take those if any of you have them," she said.

"Thank you to all of the brave first responders and volunteers from around the United States helping with the ongoing rescue and relief efforts in Texas," the president tweeted Thursday. 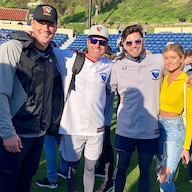 THANK YOU to all of the incredible HEROES in Texas. America is with you! #TexasStrong https://t.co/8N4ABo9Ihp 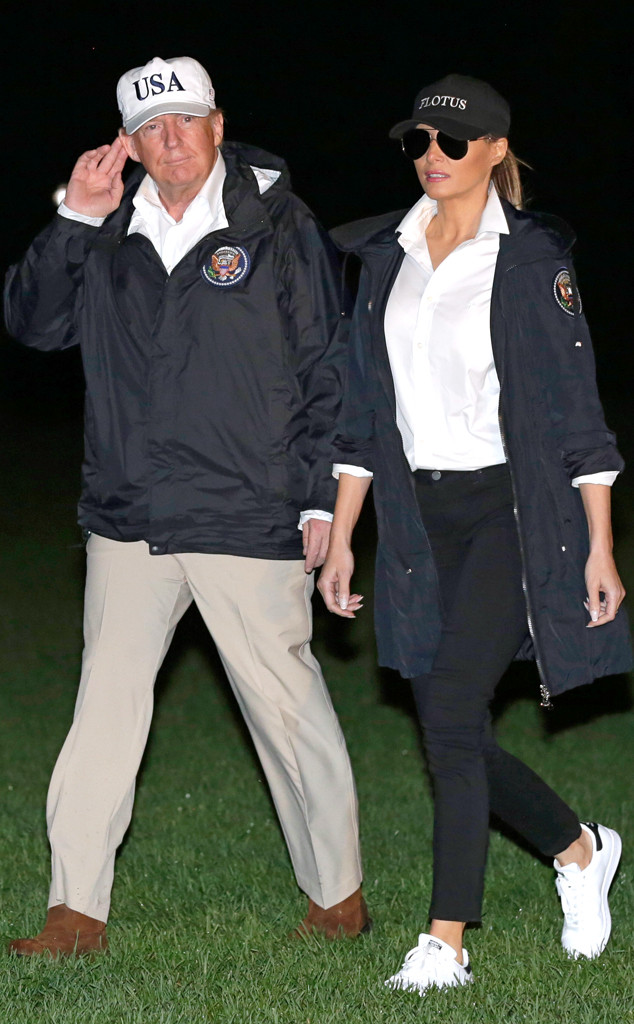 The multi-millionaire U.S. leader and wife Melania Trump visited Corpus Christi and Austin, Texas Tuesday, two days after the hurricane hit Houstin, to meet with first res ponders and officials, greet supporters and be briefed on the relief efforts. They did not travel to Houston.

Sanders said the president and the First Lady would return to Texas and also travel to Louisiana, where there has also been devastating flooding, on Saturday and have not yet finalized a list of cities.

"I believe, as of right now, tentatively, he plans to be in the Houston area of Texas and possible Lake Charles, Louisiana," Sanders said.

The president joins a growing list of famous people who have pledged hefty sums to help the flood victims. The list includes Sandra Bullock and Leonardo DiCaprio, who have also each donated $1 million, Kim Kardashian and her family, who have pledged $500,000, Ellen DeGeneres, Kevin Hart and J.J. Watt, whose crowdfunding initiative to help the survivors has raised more than $11.9 million as of Thursday afternoon.

"It'll make me cry. So, I can't really- I can't really talk about it," Miley said tearfully on The Ellen DeGeneres Show. "I don't know why it makes me so upset. It just really makes me just really upset. So I really hope people know...my grandma's sitting here and my mom's here and I go home to my seven dogs and if I didn't have that anymore, it'd just be really hard."

"So I'm really happy to help any way that I can and I hope people understand they can put themselves in those people's shoes and just know what it feels like to have everything taken away from you," she said.

Other organizations—including Coalition for the Homeless, Houston Food Bank, Houston SPCA, Salvation Army and Save the Children—are also accepting donations for relief efforts.