Why Tom Holland Is the Perfect Spider-Man, According to Robert Downey Jr. and Jon Watts 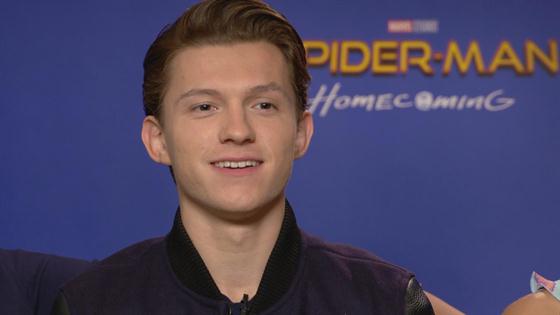 Are your Spidey senses tingling?

At long last, Sony's Spider-Man: Homecoming will be swinging into theaters next week. The summer blockbuster, starring Tom Holland as the Marvel superhero, has already received rave reviews ahead of its July 7 release date, and the movie's all-star cast includes Jacob Batalon, Tyne Daly, Robert Downey Jr., Jon Favreau, Donald Glover, Laura Harrier, Michael Keaton, Logan Marshall-Green, Tony Revolori, Marisa Tomei, Bokeem Woodbine and Zendaya. While Andrew Garfield and Tobey Maguire have each played the web-slinging superhero onscreen before, Holland brings something extra special to the role. "The fact that Peter Parker is 15 allows me to have fun with it," director Jon Watts explains in Entertainment Weekly's July 7 issue (on newsstands now). "Yes, there's a lot of drama and conflict, but more than anything, it's about, 'If you were that age and could do what he can do? That would be really fun.'" 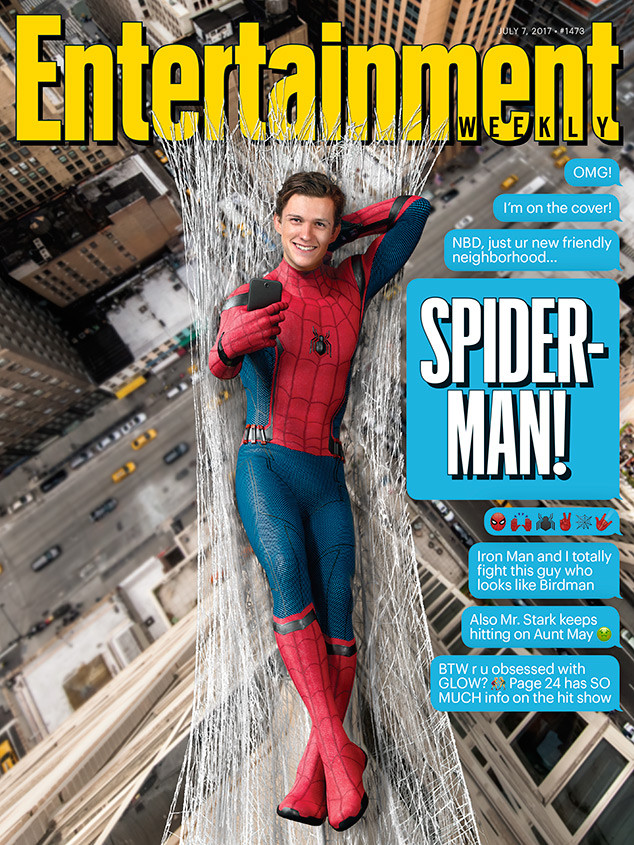 Unlike other Marvel superheroes, being a teenager presents a unique set of challenges. "Everything is the highest stakes. So whether it's going to a party, or talking to the person at school you have a crush on, or joining the Avengers to fight a supervillain, it's all at an 11," Watts explains. "You haven't learned to differentiate yet. That's a big part of growing up."

Holland made his debut as Spider-Man in 2016's Captain America: Civil War, beating out thousands of other actors (including Asa Butterfield and Nat Wolff) who were fighting for the role of a lifetime. "We never thought of it as a third casting," Kevin Feige, President of Marvel Studios, says of hiring Holland. "When we introduced him in Civil War, it was like—surprise! There's been a Peter Parker here in this universe the whole time. You just hadn't met him yet."

News of Holland's casting leaked on a Friday (he found out via Instagram), and by Monday, he was already on set, where he met Watts. "We sat in my trailer and looked at each other like, 'What is happening to our lives?' Jon is like, 'I'm directing the next Spider-Man, and I've only ever made one movie,'" he says. "I'm like, 'Dude, I'm playing Spider-Man, and I'm 19 years old."

Downey, who returns as Tony Stark/Iron Man, says he was impressed with Holland from the moment they first screen tested together. "Tom demonstrated a natural internal conflict. It's hard to get to the real meat and potatoes of what makes [a character] tick," he argues. "I feel that he's experienced enough to be able to enjoy all the stuff that's about to happen to him."

"He's as excited to be playing Peter Parker as Peter Parker is about getting to be Spider-Man," Watts says. Holland, who signed a multi-picture deal, doesn't try to downplay his excitement, either. "This has truly been a dream come true," the actor tells Entertainment Weekly. "The most surprising thing about it all is that it's not only met my expectations but exceeded them."