Not everyone loves a shout-out—just ask Eric Benét.

No I.D. produced Jay-Z's 4:44 album, released Friday exclusively on TIDAL in partnership with Sprint. There are 10 songs in the collection, and the 47-year-old rapper name-drops everyone from Al Sharpton to Kanye West. In the opening track, "Kill Jay-Z," the 21-time Grammy Award winner compares his own extramarital indiscretions to the R&B musician's past transgressions.

(Kanye West, who was also name-dropped on "Kill Jay-Z," has not shared his reaction publicly.)

Two hours after the song dropped, Benét—who married Manuela Testolini 2011—tweeted, "Hey yo #Jayz! Just so ya know, I got the baddest girl in the world as my wife....like right now!" Jay-Z was referring to the demise of Benét's two-year marriage to Halle Berry, which ended in 2003. "We all know I cheated," he told People two years after their breakup. "It was out there." While it was surely a "betrayal," and he checked into a 35-day sex-addict rehab program, Benét assured the magazine, "I never did have sexual intercourse with anyone while I was with Halle."

The rehabilitation program was Berry's mother's idea. "But I'm not a sex addict. I wanted to save my marriage and do anything necessary to do that," said Benét, now a 50-year-old father of two girls. "I went and heard other people's stories and realized this is really not my struggle."

Jay-Z, meanwhile, apologizes to Beyoncé for his failings in the album's title track. "'4:44' is a song that I wrote, and it's the crux of the album, just right in the middle of the album," the Brooklyn rapper told iHeartRadio's The Beat. "I woke up, literally, at 4:44 in the morning, 4:44 a.m., to write this song. So it became the title of the album and everything. It's the title track because it's such a powerful song, and I just believe one of the best songs I've ever written."

In "4:44," Jay-Z readily admits that Beyoncé is the best thing that ever happened to him. 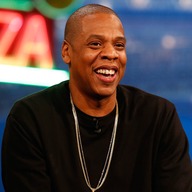 "Look, I apologize, often womanize / Took for my child to be born / See through a woman's eyes / Took for these natural twins to believe in miracles," the married father of three tells his superstar wife of nine years. "Took me too long for this song / I don't deserve you / I harass you out in Paris / 'Please come back to Rome' / You make it home / We talked for hours when you were on tour / 'Please pick up the phone, pick up the phone' / Said, 'Don't embarrass me,' instead of 'Be mine' / That was my proposal for us to go steady / That was your 21st birthday, you mature faster than me / I wasn't ready, so I apologize / I've seen the innocence leave your eyes / I still mourn this death, I apologize for all the stillborns / 'Cause I wasn't present, your body wouldn't accept it / I apologize to all the woman whom I / Toyed with you emotions because I was emotionless / I apologize 'cause at your best you are love / And because I fall short of what I say I'm all about / Your eyes leave with the soul that your body once housed / And you stare blankly into space / Thinkin' of all the time you wasted in on all this basic s--t."

In the second verse, Jay-Z raps, "I never wanted another woman to know / Something about me that you didn't know / I promised, I cried, I couldn't hold / I suck at love, I think I need a do-over / I will be emotionally available if I invited you over / I stew over / What if / You over / My s--t?"

Jay-Z considers the impact of his actions in the third and final verse and wonders how it will affect his 5-year-old daughter, Blue Ivy Carter, and her newborn twin siblings. "And if my children knew, I don't even know what I would do / If they ain't look at me the same / I would probably die with all the shame / 'You did what with who?' / What good is a ménage à trois when you have a soulmate? / 'You risked that for Blue?' / If I wasn't a superhero in your face / My heart breaks for the day I had to explain my mistakes / And the mask goes away and Santa Claus is fake," he raps. "And you go online and see / For Blue's tooth, the tooth fairy didn't pay."