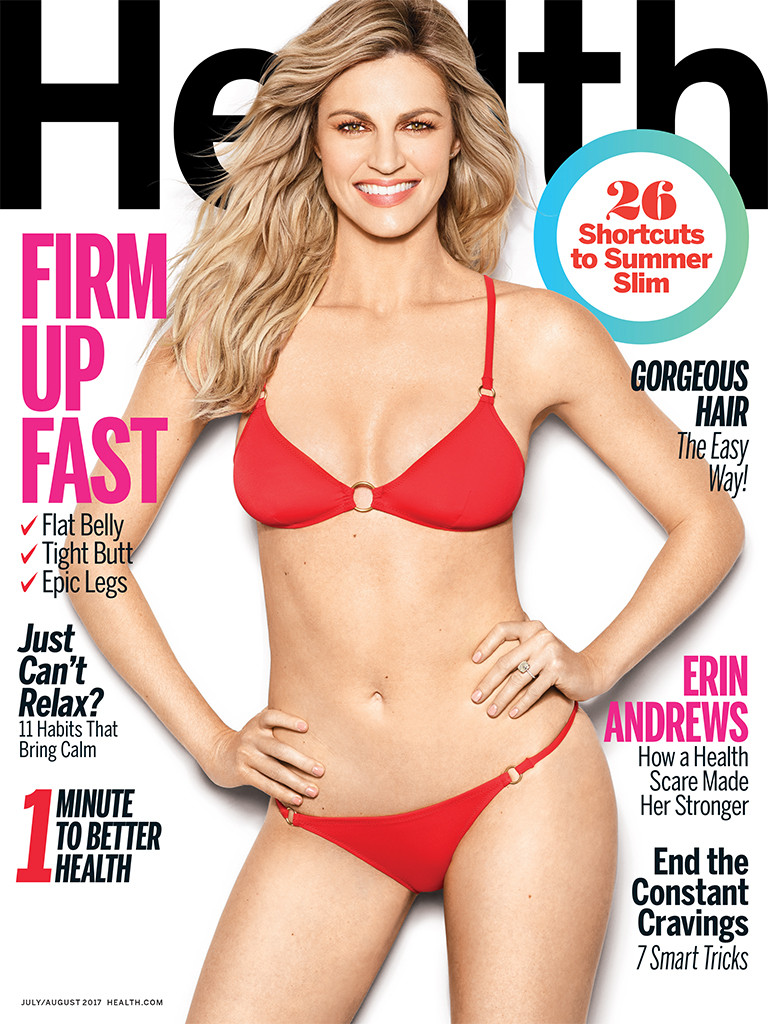 For Erin Andrews, cancer was not only a battle—it was a well-kept secret.

Less than a year after finishing her highly emotional peeping tom lawsuit with a $55 million award, the sportscaster got an unexpected diagnosis after a routine checkup—she had cervical cancer. As scary as the news was, she kept it entirely out of her bright spotlight.

"Working with a bunch of men, I didn't wanna be like, ‘Sooo, they think I have cervical cancer," and they'd be like, ‘Where's your cervix?'" she told Health. "But I'd also come off this huge trial that was kind of the focus of the summer, and I don't want to be the girl that always has the problems at the table—‘And now I have cancer!' I also think that I didn't want to believe it was that big a deal, so we kept it quiet. But the wait was horrible." 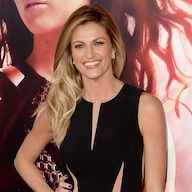 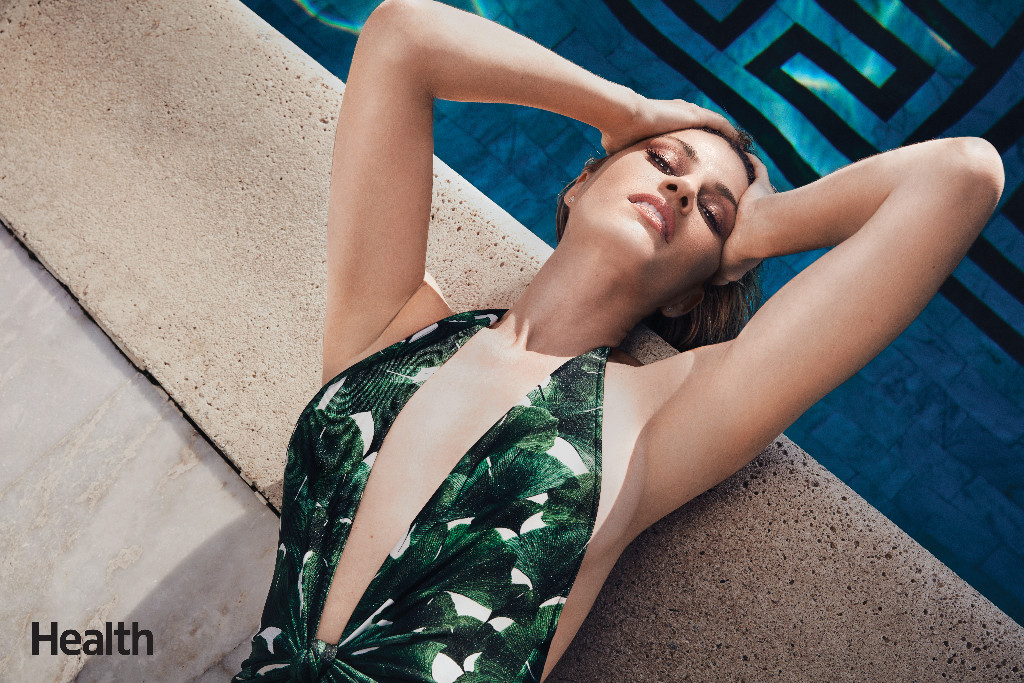 As she recalled for the magazine, part of keeping her diagnosis hidden meant scheduling surgeries in between high-profile gigs.

"I did my first surgery on a Tuesday because I had Dancing on Monday, and I was doing a sit-down interview on Friday in Green Bay, so I had to take a red-eye on Thursday. And literally an hour before I needed to be in the car, we got the call from my doctor that the margins were not clear and she was recommending a hysterectomy," Andrews remembered.

Instead, she sought the opinion of an oncologist and underwent another surgery. "They had to cut more of my cervix out, and then I went to New York that weekend, and I did the game," Andrews said. "At Dancing with the Stars that Monday, I was in my dressing room when the phone rang and [the doctor] said, ‘You're good. We got it.' I was like, ‘Oh my God,' crying—while trying on a ballroom dress." 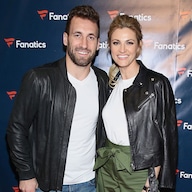 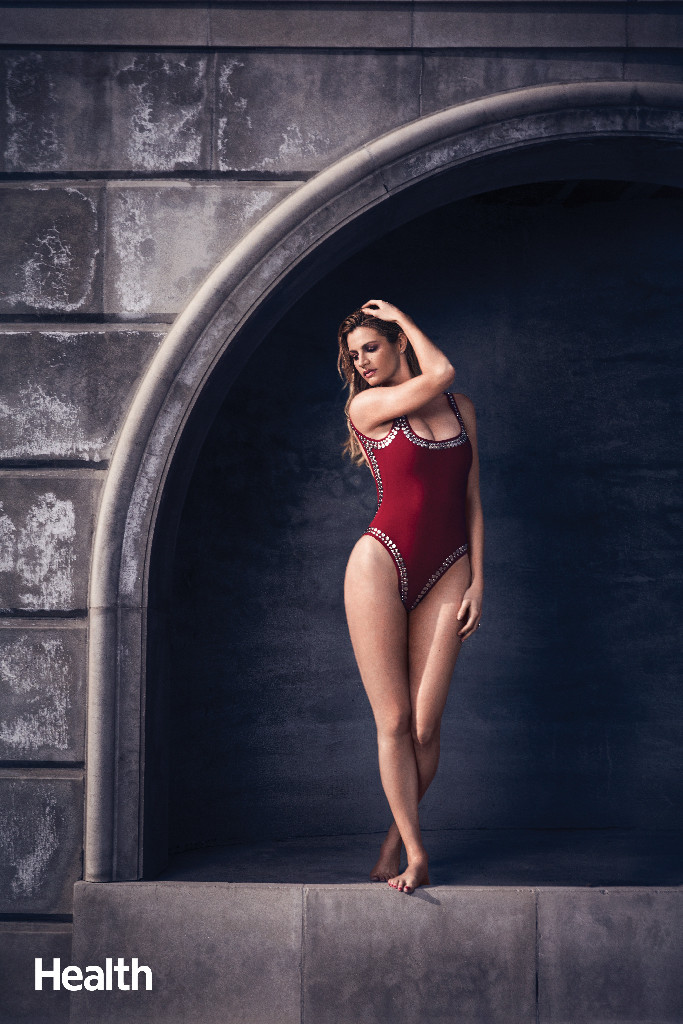 At the time, Andrews and her fiancé Jarrett Stoll had not even discussed engagement, which made conversations about becoming parents all the more tricky.

"If anything, it was a huge step for my relationship with my boyfriend at the time. Because you don't know if a guy is going to want to sit in with an oncologist and see, ‘OK, so this is your cervix, and this is your uterus, and we are cutting out this part…' We hadn't even been discussing marriage. We hadn't discussed babies!" she told the magazine.

"It really puts things on the fast track for you—because you have an oncologist saying to you, ‘We highly recommend that you guys do your embryos right now, freeze them.' I'm like, ‘Hi, hon. I love you. I hope we're spending our lives together.' And he was amazing.

With a wedding now on the way and her embryos frozen to be safe, Andrews has her sights set on having a family—and simultaneously keeping her post on the sidelines.

"For me, it's having the career, having the family, and having the happiness," she told the magazine.

"I want to continue doing more, but it's going to be shaped toward how I want to have this family and how I do want to have kids. I think it's possible that I'll be able to have a kid and be able to do this for a living. We're just gonna have to figure out how."

TAGS/ Erin Andrews , Cancer , Health , Top Stories
GET POP CULTURED!
*Email entered incorrectly. Please try again.
By subscribing to our newsletter you agree to the Privacy Policy and Terms of Use
Daily
Weekly