Bachelor in Paradise Shocking Scandal: Everything We Know

Bachelor Nation is in crisis mode.

Bachelor in Paradise shut down production on filming of the fourth season, E! News confirmed on Sunday, due to allegations of "misconduct." The ABC reality hit's spinoff, which was set to premiere in Aug. 8, had only been filming for a few days before production had been suspended "indefinitely," with the cast being flown back home from the set in Sayulita, Mexico.

So what happened? And what are the allegations? Here's everything we know so far about Bachelor in Paradise's scandal: 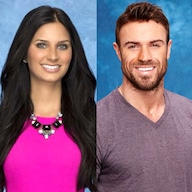 -On June 1, a source confirmed to E! News that Corinne Olympios would be part of the BIP cast, but didn't have a lot of interest in finding romance. "She's not interested in dating anyone in Paradise. She's going along for the ride," our source said, "to have fun and support her girls. She's going to be the best wing woman. But, you never know what will happen."

-Filming officially began on Sunday, June 4, with a source telling E! News that things got pretty "raunchy" between DeMario Jackson and Corinne early on. The same source said a hookup between the two had been encouraged prior to filming, as they were both talked-about contestants from their respective seasons. 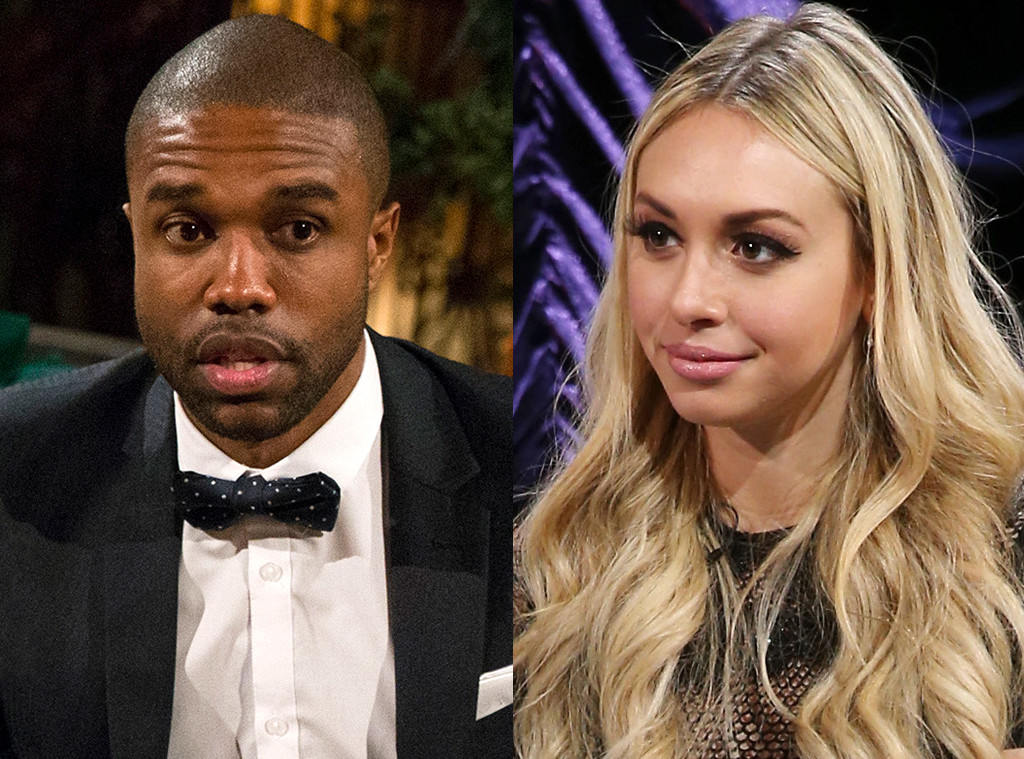 -On Sunday, a Warner Bros. rep confirmed production had been shut down, telling E! News in a statement, "We have become aware of allegations of misconduct on the set of Bachelor in Paradise in Mexico. We have suspended production and we are conducting a thorough investigation of these allegations. Once the investigation is complete, we will take appropriate responsive action."

-On the same day, a majority of the cast members were spotted in the airport in Puerto Vallarta, Mexico, flying home from the set. DeMario and Corinne were both not in the photo, with a source telling us DeMario left BIP alone.

-Sources tell us producers still intend to film Carly Waddell and Evan Bass' wedding in Mexico later this week. The couple met during Bachelor in Paradise's third season, with Evan proposing in the finale.

-On Tuesday, host Chris Harrison issued a statement to Good Morning America. "The safety and care of the cast and crew of our show is of the utmost importance to us. It is with this thought in mind that we made the decision to suspend filming," Harrison said. "Out of respect to all involved, there's only so much I can and will say at this time. Normally with a situation like this I would not say anything until the incident is fully resolved, but with all the rumors and misinformation being put out there I don't find that to be possible anymore."

He continued, "Warner Bros. is handling the investigation. They're moving quickly to gather all the facts, and once that's done a clear concise decision can be made about where we go from here. I know in this day and age we want and even expect immediate answers but in this case it's just not possible. So again I urge you to please be patient and respect the privacy of the parties involved. I will keep you as informed and up to date as I possibly can. We're sorry for any inconvenience and disappointment this may have caused the cast, the crew and our loyal fans. It is my sincere hope that we can come to a quick resolution on this and get back to work very soon."

-Multiple sources reveal to E! News season three cast member Wells Adam was brought in as the new bartender, replacing fan-favorite Jorge Moreno, who quit his job at Playa Escondida, the resort the show is filmed at, to start his own company.

Wells made his bartending debut after the alleged incident occurred between Corinne and DeMario, and after a send-off to Jorge, who served drinks prior to his exit, was filmed.

"I am a victim and have spent the last week trying to make sense of what happened the night of June 4, said. Although I have little memory of that night, something bad obviously took place, which I understand is why production on the show has now been suspended and a producer on the show has filed a complaint against the production."

Her statement continued, "As a woman, this is my worst nightmare and it has now become my reality. As I pursue the details and facts surrounding that night and the immediate days after, I have retained a group of professionals to ensure that what happened on June 4 comes to light and I can continue my life, including hiring an attorney to obtain justice and seeking therapy to begin dealing with the physical and emotional trauma stemming from that evening."

-Later on June 14, in response to Corinne's statement, DeMario broke his silence with a statement of his own.

"It's unfortunate that my character and family name has been assassinated this past week with false claims and malicious allegations," the 30-year-old said via his publicist, Eve Sarkisyan-Nunn. "I will be taking swift and appropriate legal action until my name is cleared and, per the advice of legal counsel, will be seeking all available remedies entitled to me under the laws."

-On June 16, Bachelor in Paradise contestant Jasmine Goode spoke out about the alleged incident, saying Corinne "forced herself on three male cast members when they were unable to consent" on the day in question. 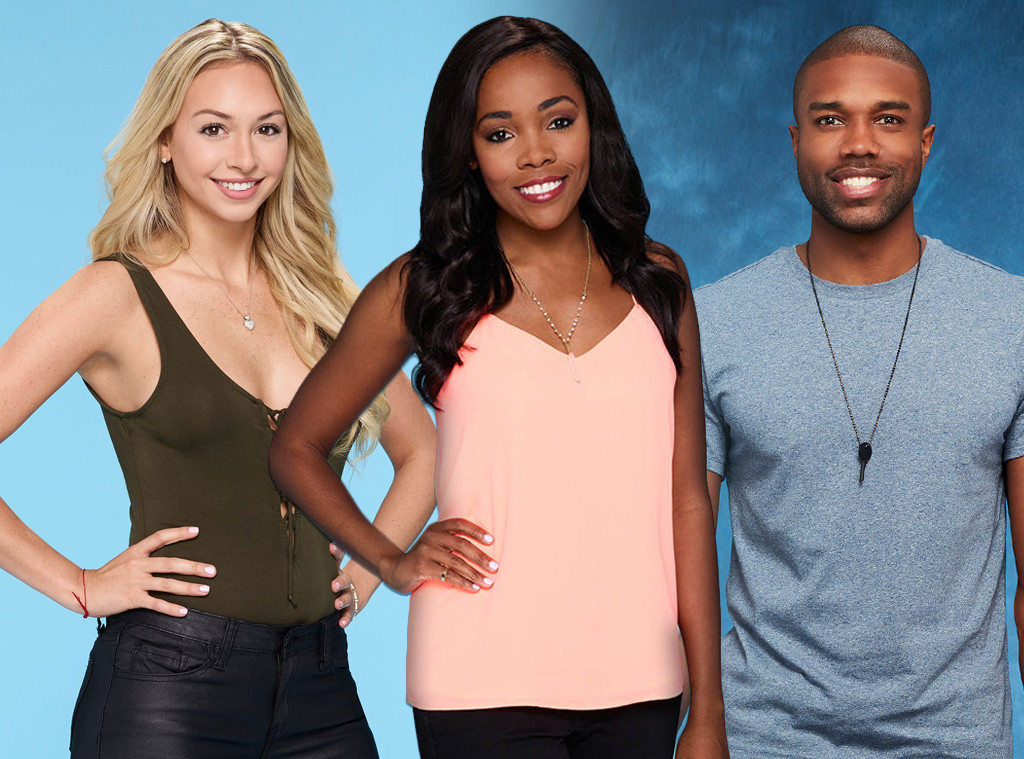 "The day of the incident under investigation, Corinne did not display any change in behavior from what was observed by the cast on her season of The Bachelor," Goode said in an exclusive statement to E! News. "Corinne forced herself on three male cast members, when they were unable to consent, in addition to engaging with DeMario. After the incident everything seemed fine. There was no mention about being hurt. However, when producers tried to cut her off from drinking, she got upset and said, 'Watch, watch what I'm gonna do.'"

On Tuesday, June 20, Warner Bros. announced they had concluded their investigation and cleared the show and all contestants of any misconduct.

"As we previously stated, we recently became aware of allegations regarding an incident on the set of Bachelor in Paradise in Mexico," Warner Bros. said in a statement provided to E! News. "We take all such allegations seriously. The safety, security and well-being of the cast and crew is our number one concern, and we suspended filming so that the allegations could be investigated immediately and thoroughly.  Our internal investigation, conducted with the assistance of an outside law firm, has now been completed. Out of respect for the privacy interests of those involved, we do not intend to release the videotape of the incident. We can say, however, that the tape does not support any charge of misconduct by a cast member. Nor does the tape show, contrary to many press reports, that the safety of any cast member was ever in jeopardy."

-The statement also revealed production will resume on the fourth season, with new policies in place to ensure the "safety and security" of everyone involved in filming. "Production on this season of Bachelor in Paradise will be resuming, and we plan to implement certain changes to the show's policies and procedures to enhance and further ensure the safety and security of all participants."

-Following the conclusion of Warner Bros.' investigation, Corinne's lawyer Marty Singer issued a statement, saying they would still pursue their own independent investigation.

"It needs to be made crystal clear that production of Bachelor in Paradise was shut down because of multiple complaints received from 'BIP' producers and crew members on the set," the statement read. "It was not shut down due to any complaint filed by Corinne against anyone. It comes as no surprise that Warner Bros., as a result of its own internal investigation, would state that no wrongdoing had occurred. Our own investigation will continue based on multiple new witnesses coming forward revealing what they saw and heard."

Keep checking back with E! News as we report more on the situation

TAGS/ Bachelor in Paradise , TV , The Bachelor , The Bachelorette
GET POP CULTURED!
*Email entered incorrectly. Please try again.
By subscribing to our newsletter you agree to the Privacy Policy and Terms of Use
Daily
Weekly