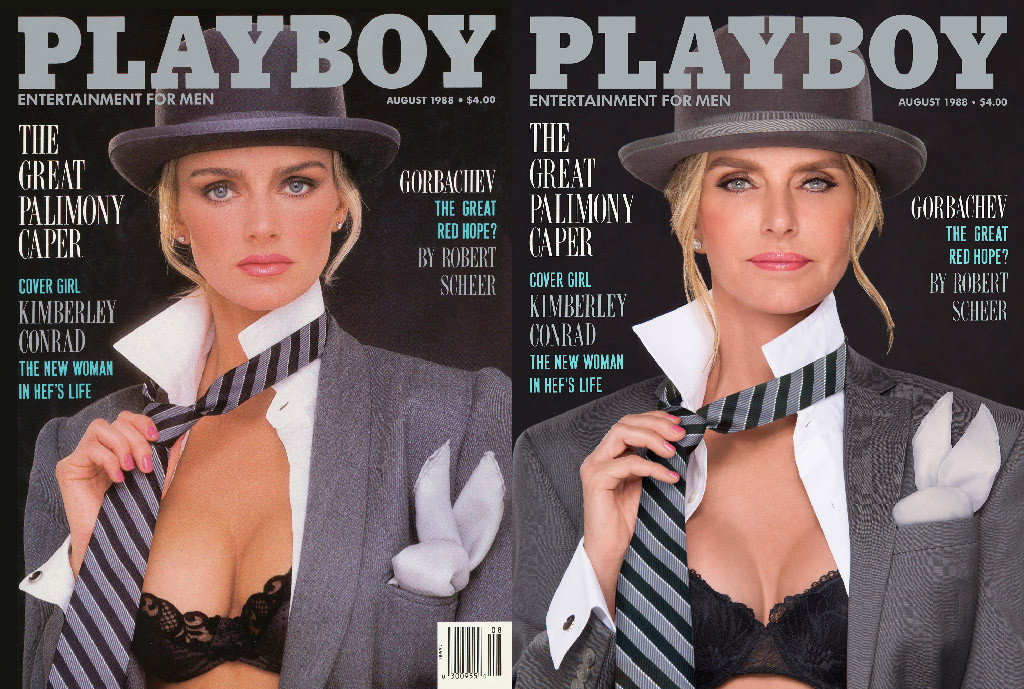 Like a fine wine, these babes only get better with age!

In honor of their motto, "Once a Playmate, always a Playmate," Playboy asked seven Playmates of the Year to recreate their iconic covers from decades ago. The results were not only incredible, but they proved that it's not just wisdom that comes with age...apparently beauty, sass and sexiness do, too.

Stars like Chills Jordan, Lisa Miller and even Kimberly Conrad—whose son, Cooper Hefner, runs the publication these days—all reveled they can still strike a pose with the best of 'em. 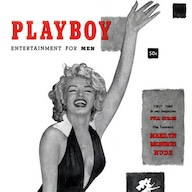 Stars Who Posed Nude for Playboy

They also dished on their time working for the publication.

For example, Conrad, 54—who was married to Hugh Hefner for quite some time—posed for the cover of Playboy at 26.

"I'm from Alabama originally, but I grew up in west Vancouver," she recalled. "I moved to Los Angeles and—boom—there it was. Hef and I started dating, got married, had kids, and the rest is history."

She did take a moment to clarify some lasting rumors, too. "There was a common misconception that I put the kibosh on the partying at the Mansion," she said. "It had nothing to do with me. The Playmates still came over."

Check out more of the "then and now" photos below: 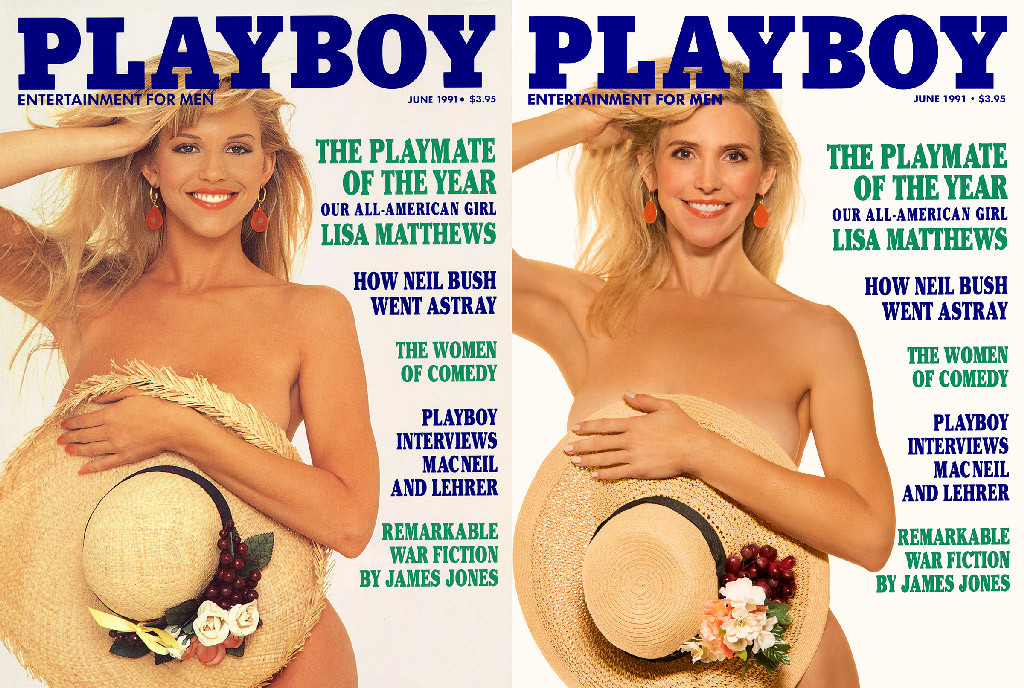 Miller, 48, posed for the cover in 1991 when she was 22-years-old, and today she looks like she could be sisters with her younger self!

The model said her life changed drastically after she shot her cover. "Once it came out, I remember I'd be traveling and people would come up to me. The thing they'd always say is, 'You're name is Lisa, right?' And then they'd say, 'I think I've seen you in a national magazine.' I'd sit there and say, 'Oh, which one?' Like you have to say it! If you have enough guts to come up and say something, then you've got to be able to say Playboy. The funniest place that happened was outside the Vatican in Rome." 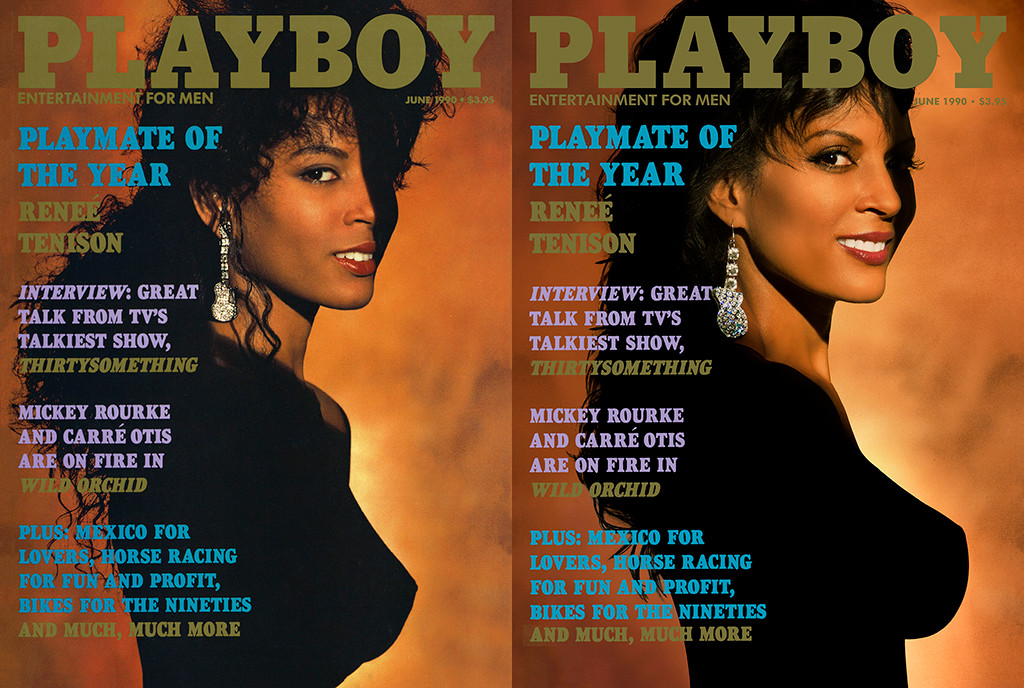 Once again, Renée Tenison—who posed for the cover in 1990—looks almost exactly the same at 49.

"When I did Playboy, there was a little bit of controversy because I was the first African-American Playmate of the Year," she recalled. "And some women were saying I was being objectified. But I said...If I want to pose nude, I should be able to pose nude!"

She continued, "When the issue came out, the response was 90% positive and maybe 10% didn't like it. If you look back, all the big models from Christy Turlington to Naomi Campbell posed nude. I see it as art. Not everybody sees it that way, but that's how I see it." 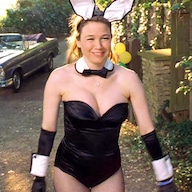 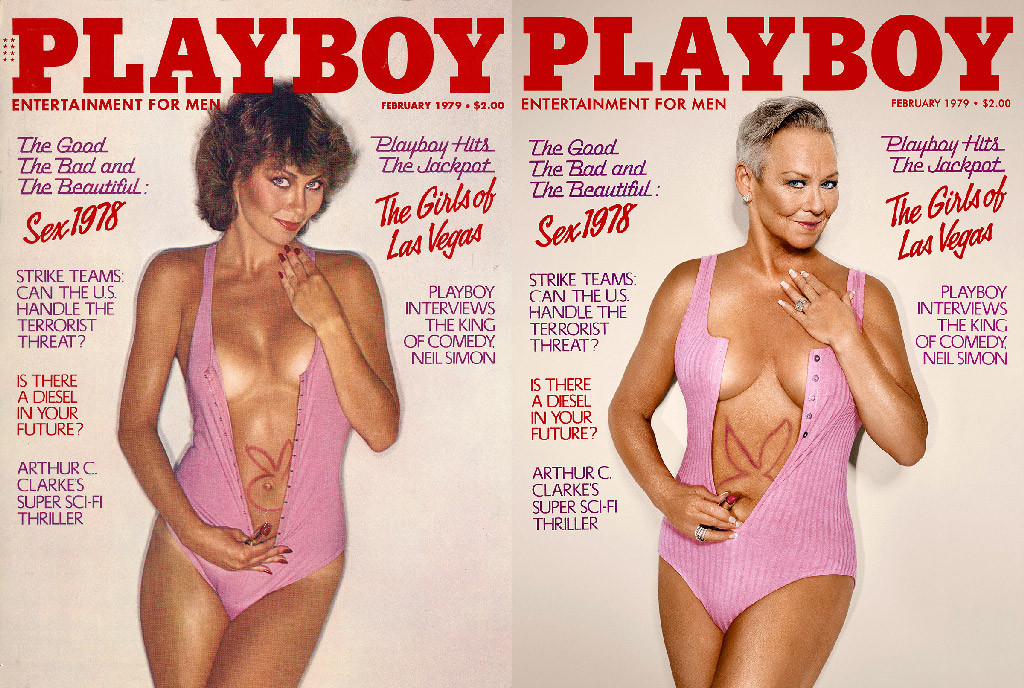 Candace Collins is 60-years-old and still looking as fly as she did when she posed for the cover in 1979!

"I appeared on eight Playboy covers (two U.S., six international) and the first time was a blur," she recalled. "The Playboy photogs and assistants were all friends of mine and would have me come up to the photo studio from time. I did a lot of test cover shoots, and I never knew which one Hef would like. They were always professional and no sooner would they pay any special attention to a nude or semi-clad model than a milkman pays to his bottles. It was a job, granted a job they wanted done perfectly, but still a job. I now know just how special those shoots were and feel very, very lucky to be in such a unique sorority."

See all seven of the recreated Playboy covers here!

TAGS/ Playboy , Top Stories
GET POP CULTURED!
*Email entered incorrectly. Please try again.
By subscribing to our newsletter you agree to the Privacy Policy and Terms of Use
Daily
Weekly