The Bachelorette Week 2: Rachel Has No Time For Your Drama (and Neither Do We) 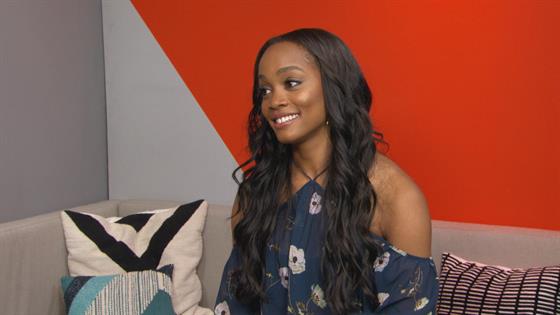 What a night of ups and downs.

The Bachelorette truly began tonight (because we all know the premiere's just a showy parade of nonsense) with the first dates of the season, and we came out of the episode knowing two main truths.

1) Rachel Lindsay is just as fun to watch as we thought she might be.

2) The majority of the her guys are awful and we're over them already.

After all the niceties and awkwardness of last week's premiere, tonight's episode wasted no time at all in getting things started. After Chris Harrison once again asked if all the guys were serious and ready to get down to business (which they were), it was group date time. Obviously, they put Whaboom and Penis Man/drummer dude/Whaboom's greatest enemy together on the date in order to set up some drama, and drama we got. But first, celebrities. 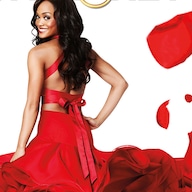 The date itself consisted of a barbecue and a football game, followed naturally by a "husband material" obstacle course hosted by Bachelor Nation fans Ashton Kutcher and Mila Kunis.

If you've never seen a man attempt to vacuum a carpet in a field with a fake baby in a Baby Bjorn incorrectly strapped to his chest, we'll just let you know it's pretty funny. It's almost funny enough that we'd watch a Husband Material game show hosted by Mila and Ashton, where men compete at such tasks as preparing dinner and clothing babies. What was even funnier was that Whaboom himself ended up winning (after pushing Kenny out of the way), and we really hate to say it, but we're glad he's still on the show if only because it bothers the other guys SO much. Whaboom's awful, but at this point, he's a relatively harmless attention hog. It's the guys who have decided to focus their entire energy on destroying Whaboom who we actually hate more, like Blake. Calm down, penis man.

In fact, penis man revealed tonight that he knew Whaboom from a "previous encounter" (aka another reality show), and knows that he's been Whabooming for a long time. Which, fine, we're not surprised that he's always been an idiot, but why do you care so much?

Also, Whaboom was kind of sweet to Rachel in their time together. We're NOT Team Whaboom, but we're even more not Team Penis Man, especially after he used his first major alone time with Rachel to talk s—t about Whaboom and how he's just there for his career. And apparently Penis Man lives with Whaboom's ex-girlfriend? Good casting, guys! We're already tired.

It's just exhausting when guys are only concerned with how much they hate other guys (and clearly cast for that same purpose), especially when that first guy already didn't come off so good in the premiere, and Whaboom can easily come up with such lines as, "The only thing I have to stand on are my two legs!"

And now, Mr. Penis Man, you've forced us to dedicate a whole portion of this recap to how much we hate you. You've made us no better than you. How dare you! 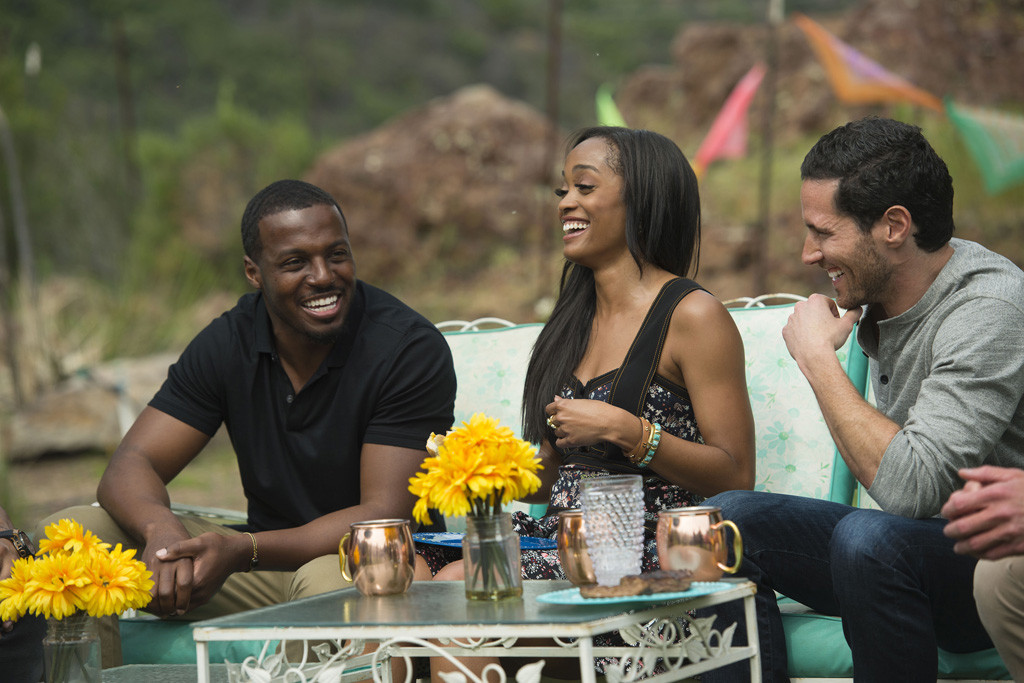 Anyway, Rachel had a few nice moments with guys like Kenny and Dean, and it was Dean who got the group date rose, despite the fact that he neither won the obstacle course nor got violently pushed aside by the guy who did win. But Dean and Rachel did seem to have a connection, so we'll accept her decision. 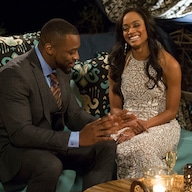 The Bachelorette Premiere Awards: The Best, the Worst, & the Most Embarrassing Moments

The season's first one-on-one went to Peter, which also would have probably been our first choice, and he also got the best date possibly ever. Rachel, Peter, and Rachel's poor injured dog Copper all flew in a private jet to Palm Springs, where they found a DOG FESTIVAL. There were corgis swimming in pools! There was a doggy photobooth! It was incredible, and so was Peter. Dream dog dad right there.

Later, they bonded over their tooth gaps and watched some fireworks, and it was possibly the cutest thing ever seen on this show. No cringing, no whabooming, no bitching, just some cute people being super cute. 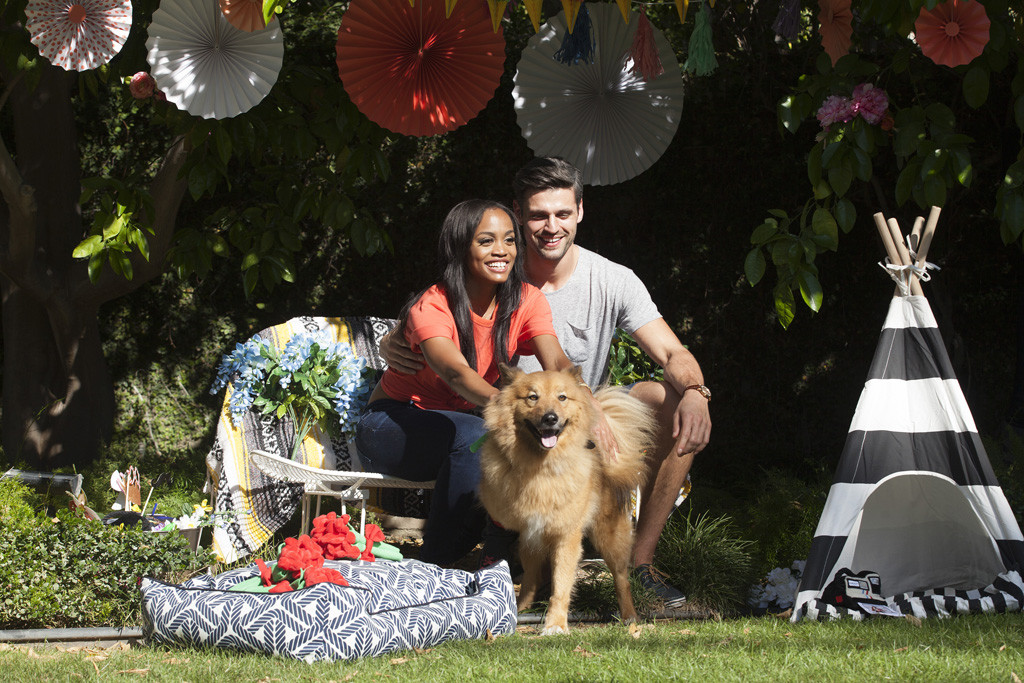 Up next was something VERY annoying.

Rachel took a whole bunch of guys on a basketball date, since she loves & is good at basketball, but unfortunately all the basketballing was very much overshadowed by some drama.

After one of the guys compared Rachel to a Coca Cola bottle and Rachel adorably freaked the f—k out over Kareem Abdul-Jabbar, the guys were forced to play basketball in front of a bunch of people and also AJ. DeMario got a whole lot of screentime, all of which painted him as being very cocky and overconfident, all in preparation for his alleged girlfriend approaching Rachel after the game. 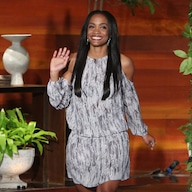 The Bachelorette Rachel Lindsay Does Her Best Whaboom Impression and It's Adorable (But Was She Forced to Keep Him?)

Apparently, DeMario had been dating this woman for seven months when he showed up on After the Final Rose to meet Rachel, and then he ghosted her before filming the season. Rachel pulled DeMario aside, making him think he had won some extra time with her despite his team not winning the game, but in fact he found this chick waiting for him.

"Karma's a bitch, isn't it DeMario?" she said—hip out, arms crossed. It was a line that suggested to us that either someone had fed it to her, or she cooked up this whole thing just so she could say that to a man on national TV. 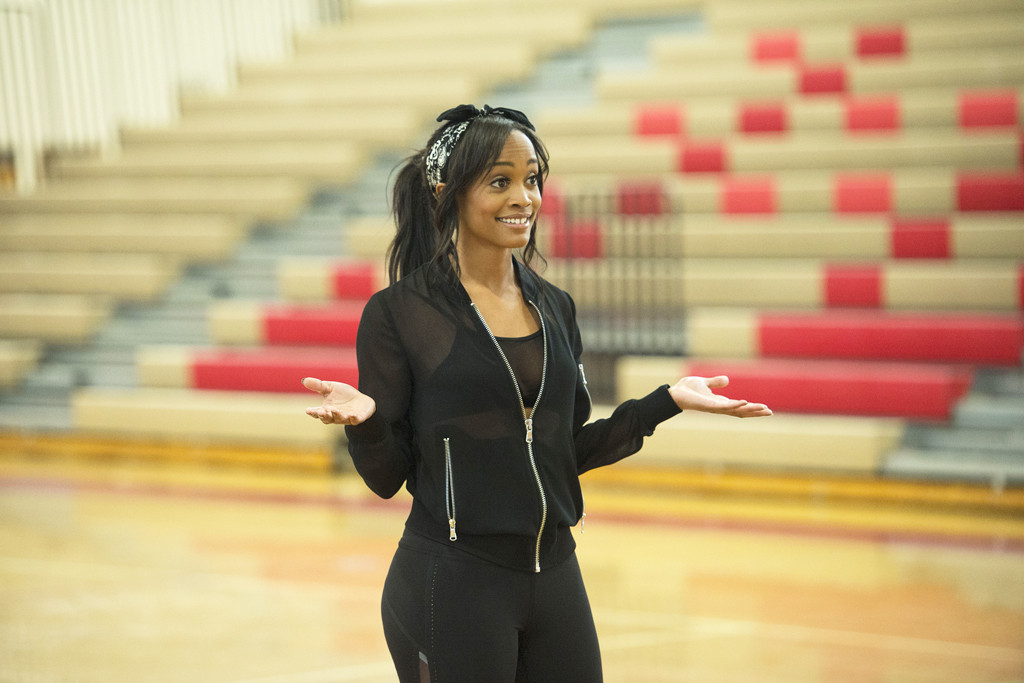 His first words were "Oh, who's this?" followed by a whole bunch of confusing explanations about when he knew this girl and how and why, and while he was definitely being cagey, we kinda have trouble believing everything the girl said. She swore on both her father's grave and the kittens sleeping in her house right now, and honestly everything she said just sounded a little too good, a little too Maury/Jerry Springer to be believable.

Either way, Rachel told DeMario to "get the f—k out," and he was taken away in a van of shame. She went back to the locker room full of men to warn them that if anyone else had a girlfriend, they needed to also GTFO. 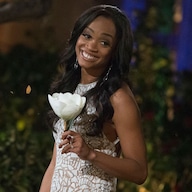 None of them spoke up obviously, but they all did express their extreme displeasure at DeMario's apparent deception. He played them all! They're very protective about people they care about! Sometimes they sing Russian folk songs! That last one's not related but it did happen.

Josiah got the date rose, which is fine.

Back at the mansion, it was raining, which apparently fit the mood of the house. Some of the men deemed the DeMario situation "crazy," which it does seem to be, and many men really started to ponder the whole "being here for the right reasons" thing.

Then, it was cocktail party time, but the cocktail party was interrupted by an INTRUDER named DeMario, who was waiting patiently outside to see if he could have the opportunity to talk to Rachel. 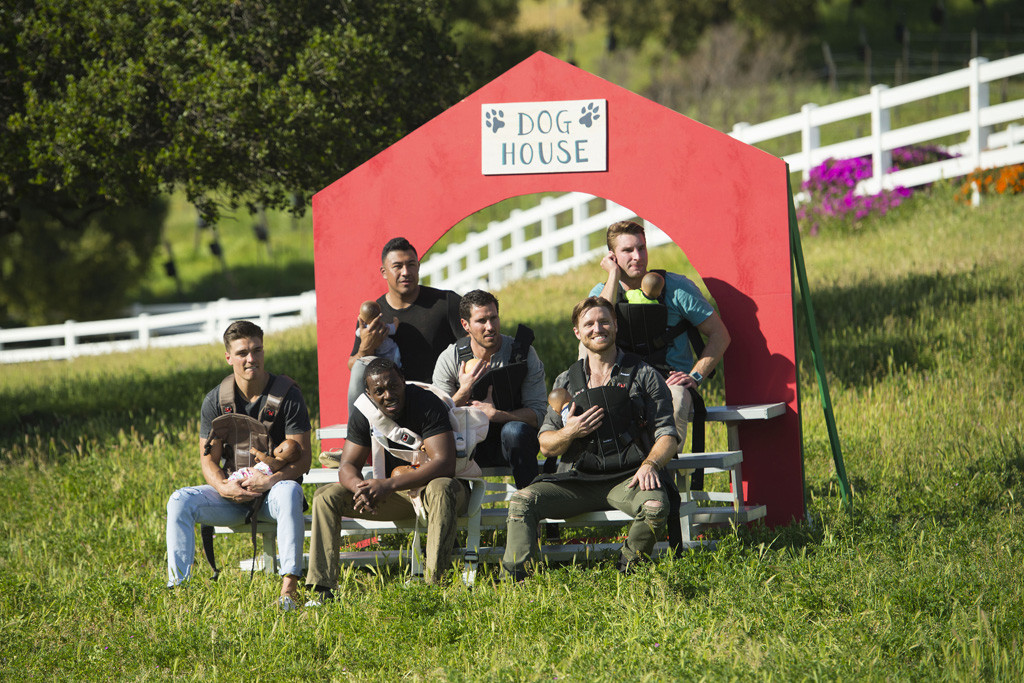 Chris Harrison explained this to Rachel, and she admitted she was curious. Meanwhile, the guys figured out what was going on and decided to mobilize in order to show DeMario what's what or something, and that's when we got a cliffhanger dropped on us. What will happen? Who will say they're going to punch DeMario first? Who's display of manliness will be the most embarrassing??

Honestly, this is all very dumb and we're tired of it already but we're also desperate to watch what happens next, which is also how we'd describe nearly everything that has ever happened on this show.

See ya again next Monday, and every Monday after that, forever.

TAGS/ The Bachelorette , TV , Top Stories , Entertainment
GET POP CULTURED!
*Email entered incorrectly. Please try again.
By subscribing to our newsletter you agree to the Privacy Policy and Terms of Use
Daily
Weekly