Arrow Finale Ends Season 5 with a Bang: Who Might Not Have Survived?

Caution! This article contains spoilers for tonight's finale of Arrow, so if you haven't watched, get off the island!

Prometheus may be dead, but he's probably not the only one.

Season five's big bad pulled out all the stops to really make Oliver Queen (Stephen Amell) very, very mad in tonight's finale. Chase (Josh Segarra) had kidnapped every single person he loved or even cared at all for, forcing Oliver to gather up all his favorite villains to help take him down, and everything just had to go down back where Oliver's story began: on Lian Yu.

Nearly everything Oliver and his little team of supervillains got up to turned out to be a trap, but they did manage to free Felicity (Emily Bett Rickards), Curtis (Echo Kellum), Samantha (Anna Hopkins), and Thea (Willa Holland) pretty quickly into the hour. 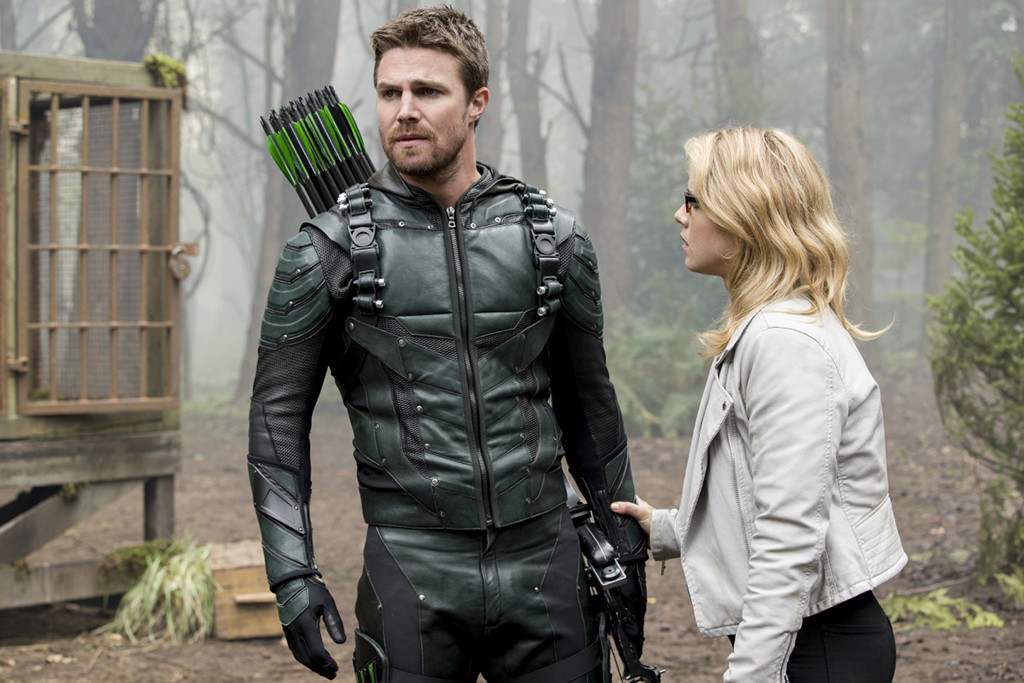 After a quick kiss and a hopeful see you later from Felicity, Oliver sent them off with Malcolm (John Barrowman) to get off the island, but they didn't get far. Thea stepped on a landmine, and Malcolm threw her out of the way to take her place on top of it.

Later, they heard and saw an explosion, but because we saw no body, we're assuming he'll be back.

They figured that out just as Oliver had reached and freed Diggle (David Ramsey), Quentin (Paul Blackthorne), Dinah (Juliana Harkavy), and Rene (Rick Gonzalez) and a huge fight ensued. Oliver had the perfect opportunity to kill Chase, but first wanted to know where his son was, since no one could find him. Chase even claimed William was dead, but Oliver didn't believe him, and refused to kill him. 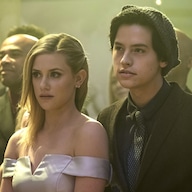 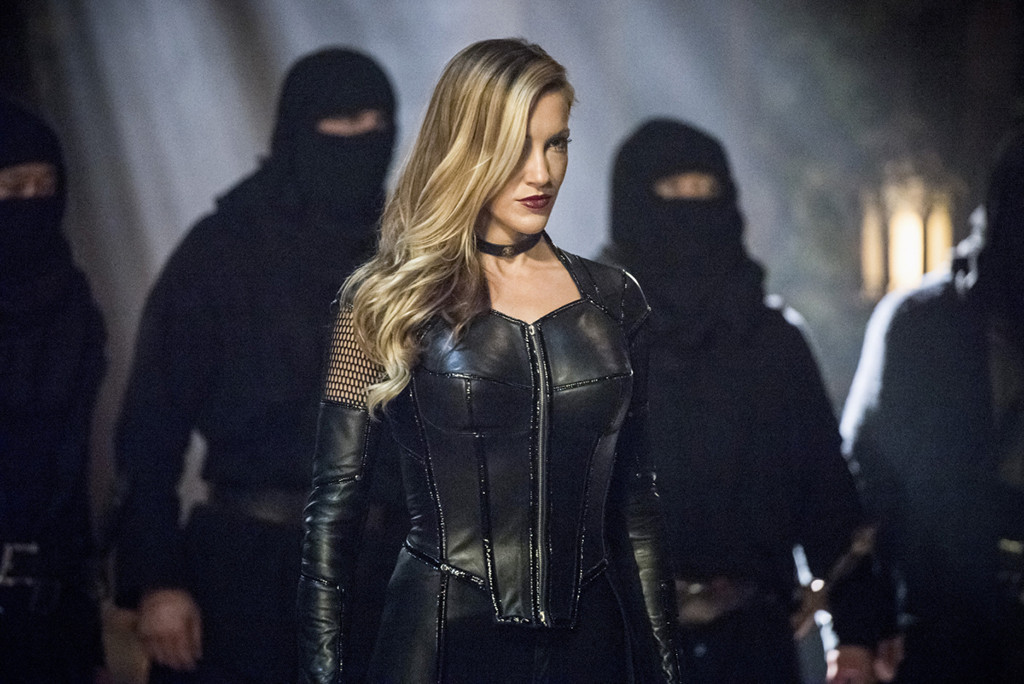 That's when Felicity told Oliver the news about the bombs, and also when Chase poofed himself away.

After telling everyone where to find a boat to get off the island, Oliver went after Chase and found him on a small boat. He  managed to jump onto the boat, where they fought some more. Chase eventually brought William out of the small cabin and gave Oliver one terrible choice: Either he could save William, or he could kill Chase and blow up the island. He chose to shoot Chase in the leg and grab William, thinking he had easily won.

But again, this is Arrow, and sometimes Oliver is a lovable idiot. Chase pulled out a gun, shot himself in the head, and the hundreds of bombs began to go off one by one, leaving us wondering if anyone other than Oliver and William will even be alive when season six arrives.

Who do you think died?! Do we really think Oliver and Felicity have a future (if she didn't just get blown up)? Did anyone else giggle a lot when flashback Oliver pulled on one last horrible flashback wig before he flagged down that boat to get off the island? Are we excited to potentially see a lot more of William and Dadiver in season six?

And finally: Did anyone else cry their faces off when flashback Oliver called Moira (Susannah Thompson)? Oh mama Queen, we do miss you.

Sound off in the comments or find us on twitter at @eonlineTV!

Arrow will return to the CW in the fall.

TAGS/ Arrow , TV , Top Stories , Entertainment
GET POP CULTURED!
*Email entered incorrectly. Please try again.
By subscribing to our newsletter you agree to the Privacy Policy and Terms of Use
Daily
Weekly