The Bachelorette Alum Britt Nilsson Is Engaged to Jeremy Byrne, Who Proposed in the Sweetest Way 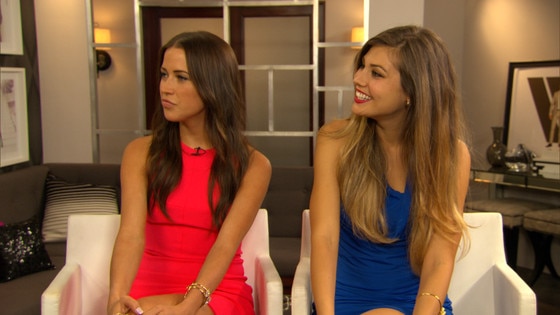 Now Playing
Up Next
Did the New Bachelorette's Watch Chris Soules on "DWTS"?

The 30-year-old Michigan native had competed on season 19 of The Bachelor in 2015 and then appeared on The Bachelorette season 11, where the majority of the contestants picked Kaitlyn Bristowe over her to become the show's star. While appearing briefly the latter show, she and contender Brady Toops hit it off and after she was voted off, he left the show to pursue a relationship with her. They split after five months of dating.

In early 2016, Nilsson began to post photos of her new boyfriend, Jeremy Byrne. Late on Tuesday, she shared some "really big news" on Instagram and YouTube—the two are engaged!

"I am grateful to God for bringing this dream to life!" Nilsson told E! News exclusively. "The time is finally right and I am abundantly expectant and hopeful and beyond excited to spend my life with my best friend in the world! Jeremy makes me a better person, every single day. I am so thankful and feel so much peace as we enter this next season together! Praise God! Woo hoo!!!!"

Nilsson revealed online that Byrne proposed to her Monday and showcased her new engagement ring, which appears to be made up of a round diamond surrounded by two pear-shaped diamonds. He said it belonged to his great-grandmother.

The two talked about his big surprise proposal in a YouTube video.

"I knew that it was really important to Britt for me to meet her dad before we got married and I assumed engaged as well as her mother and brother had had the opportunity to come out to L.A., so I met them but hadn't had the pleasure of meeting her dad yet," he said.

Nilsson's father lives in her native Michigan, while she and Byrne live in California.

"So what I did is I just started lying to her, like every day. And this is kind of a rule of thumb sort of thing if you want an engagement to go well: Get good at deception. So I planned a trip out to Michigan to go meet her father. So I called him on the phone one day tried to set that up and we set it up and I told her I was going camping with my cousins," Byrne said.

Byrne said he flew to Michigan earlier this month and over a one-day trip, he met her father and had a "wonderful time" with him and the rest of her family and got her dad's blessing to propose to her.

He said that her roommate, his brother and some friends helped "set the stage" for the proposal while the two were out of the house.

"We come back in the house and we walk in the kitchen and everything's normal and then I walked around and I saw white rose petals all over the ground and kind of a little pathway of candles and in my heart, I was like, 'Oh no! This is it!'" 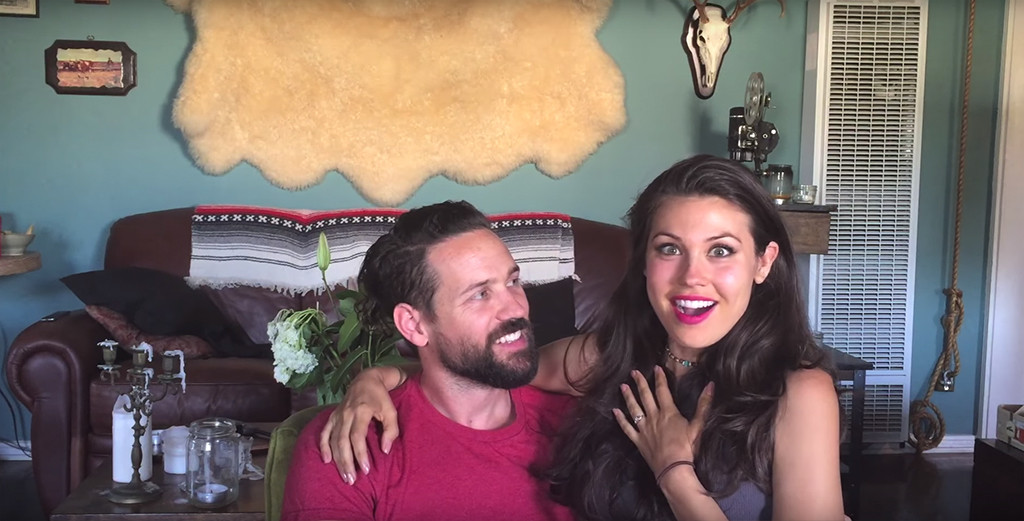 At that point, a projector screen was also pulled down that showed a video of Byrne's trip to Michigan, which featured footage of landmarks from her childhood and ended with him asking her dad for his blessing to marry Nilsson.

"I cried the whole time," she said. "I was like, open-mouth sobbing the whole eight minutes."

He then told her, "Listen, there's a question I gotta ask you." He said he got down on one knee and proposed.

"WE ARE ENGAGED!!!!" she wrote on Instagram. "I'm over the moon!!! The man of my dreams and the most godly, amazing, fun, life-giving, silly, intelligent, wonderful best friend I could ever ask for is my future husband!!!! I have been dreaming of this day forever!! Thank You Jesus!!! Wooo hooooo!!!!!"

"I had no idea it was coming and it was the best day of my life! I love you forever Jeremy Byrne!!!" she added. "We're getting married!!!!"

TAGS/ The Bachelorette , The Bachelor , Engagements , Top Stories , Couples , Life/Style
GET POP CULTURED!
*Email entered incorrectly. Please try again.
By subscribing to our newsletter you agree to the Privacy Policy and Terms of Use
Daily
Weekly