It appears to be no great coincidence that Scott Disick and Bella Thorne were spotted on the same flight headed to the 2017 Cannes Film Festival on Monday. The two were later caught leaving the Nice airport in the same car after touching down in France, a source tells E! News.

Last week, E! News reported that the two were partying together in West Hollywood and now it appears that they've taken things to another continent. The source tells E! News that the two arrived in Nice together, but walked through the airport separately.

Bringing the 19-year-old to the French film fest is a bold move for the E! reality star, but that appears to be the point. Another source tells E! News that Disick is trying to get under the skin of his on-again, off-again ex Kourtney Kardashian, who is at Cannes with her current boyfriend, Younes Bendjima.

The insider said, "Scott bringing Bella is 100 percent to piss Kourtney off. It's a very 'Let's see how it makes you feel' kind of thing. It's immature but that’s Scott." 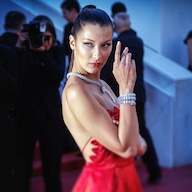 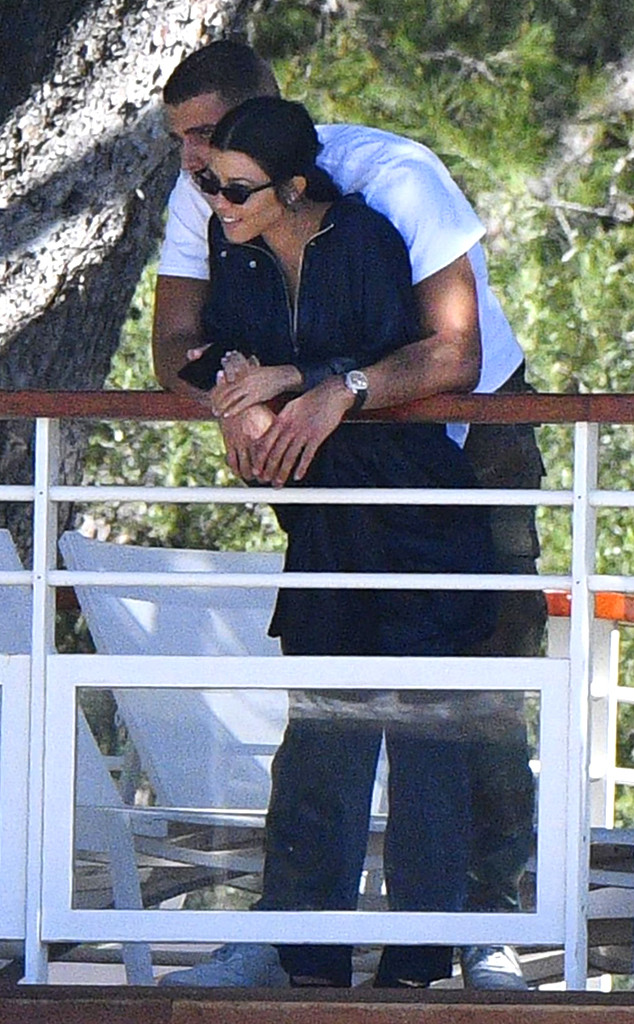 Over the weekend, Kardashian and Bendjima were photographed packing on the PDA at the Hôtel du Cap-Eden-Roc on the French Riviera, not far from the 2017 Cannes Film Festival.

As for the mom of three and her new beau, an insider tells E! News that these two are enjoying each others' company, but probably aren't built to last.

"Kourtney and Younes are having a lot of fun together. She really appreciates how responsible he is and that he doesn't party. He's the opposite of Scott in many ways and that's been great for Kourtney to experience," said the source. "Even though Younes is younger, she feels like he is an old soul and is very grounded."

As for their future, it's all up in the air says the source. "For right now it’s a casual fling, but it could get more serious in the future. Neither of them want to put a label on it or analyze. They are just having a great time and not thinking about what comes next."

While their romantic future is still uncertain, Disick, who is about to celebrate his 34th birthday, appears to be taking matters into his own hands.

E! News has previously reported the LD has not been happy about his ex's relationship with the former boxer and he appears to be retaliating. His decision to bring Thorne, who is the same age as Kardashian's youngest sister Kylie Jenner, is certainly raising some eyebrows.

Their jet-setting romance has certainly taken off in a matter of days. Last week, the E! reality star was caught enjoying a dinner date with Thorne at Hollywood hotspot Catch L.A.

Despite his home being burglarized over the weekend, the party boy has been non-stop jet setting recently. He was partying down in Las Vegas on Saturday and now he's in France.

Last week, E! News also reported that the Lord had canceled plans with rumored love interest Ella Ross for a chance to sit down with Thorne. The source shared that Scott told Ella he had to attend a birthday dinner and pulled out of their previously-scheduled date. As it turns out, Ella showed up at Catch L.A. with a group of gal pals, only to find Disick and Bella sharing a table.

A source previously told E! News that Disick has been "hanging out with a few girls, but it's very casual," adding that Disick is hosting house parties in addition to going out.

TAGS/ Scott Disick , Bella Thorne , Top Stories
GET POP CULTURED!
*Email entered incorrectly. Please try again.
By subscribing to our newsletter you agree to the Privacy Policy and Terms of Use
Daily
Weekly