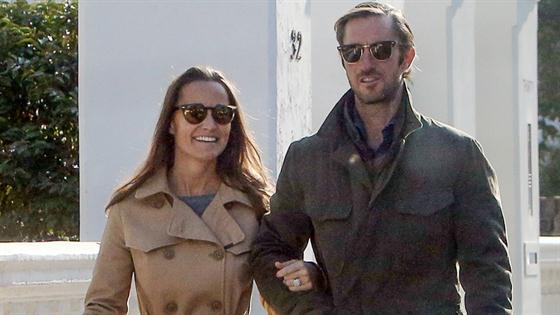 The Internet made Pippa Middleton a star when she made her entrance as Kate Middleton's maid of honor at the 2011 royal wedding.

On Saturday, the viral sensation blew up social media when she herself walked down the aisle as a bride. Pippa married James Matthews at St. Mark's Church, located on a private estate in Englefield, Berkshire, in England in front of family and friends.

Check out some of the best viral moments from the big day, which occurred in chronological order:

The Duchess Has Arrived: Kate was not part of her sister's bridal party but that did not stop her from making a big entrance, or at least a big entrance as far as the Internet was concerned, when she was spotted arriving to the ceremony with husband Prince Williamin a car and offering a glimpse of her outfit. A hat! Of course, she wore a hat. 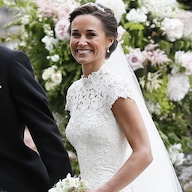 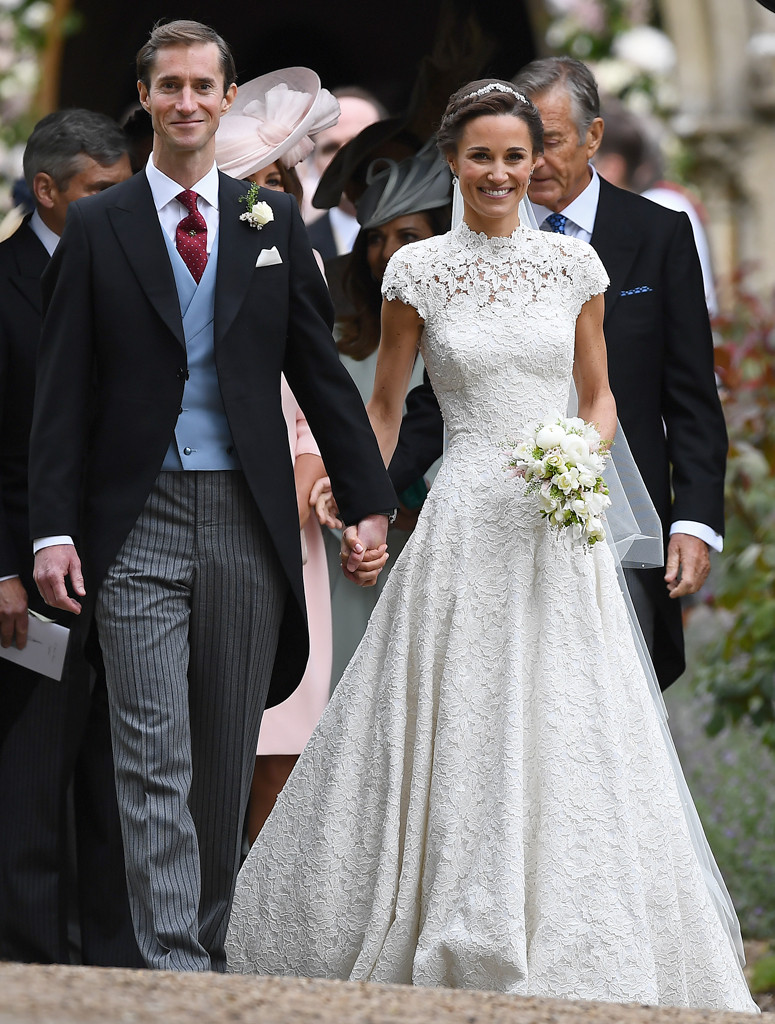 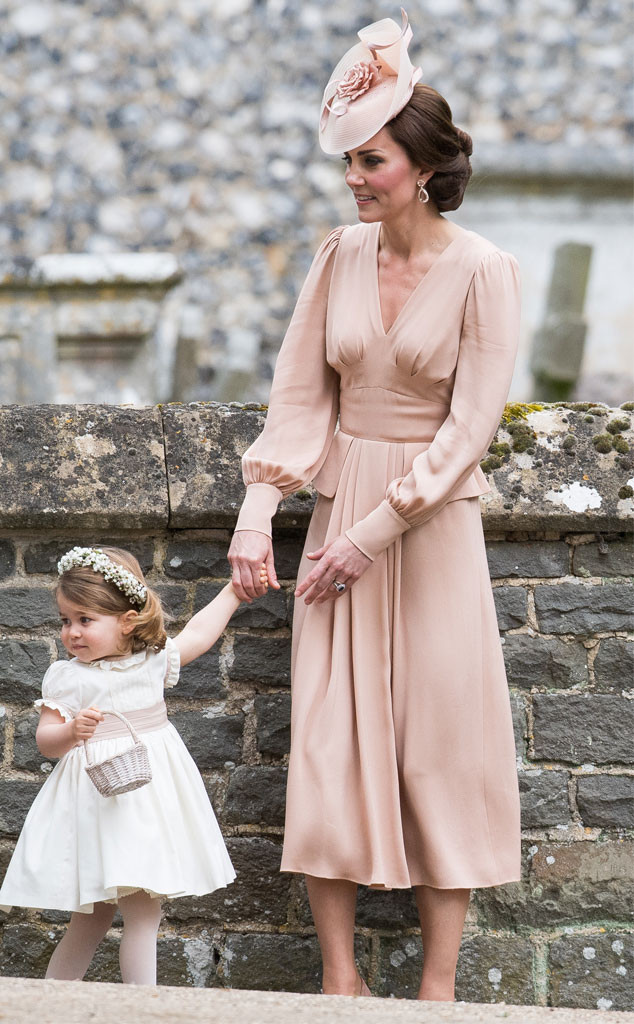 Kate's Look: The duchess wore a blush dress by Alexander McQueen. Both she and Pippa wore dresses by the late designer's label at the royal wedding.

The Princes: Excitement rose when fans got their first glimpse of William and Prince Harry at the ceremony, walking together. But where is Harry's girlfriend Meghan Markle?

The Kiddos: It was expected that Kate and William's kids Prince George, 3, and Princess Charlotte, 2, would make the cutest bridesmaid and page boy and they did not disappoint! George was just as cute as his father was when he was a page boy. 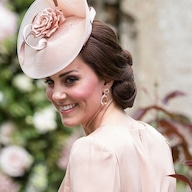 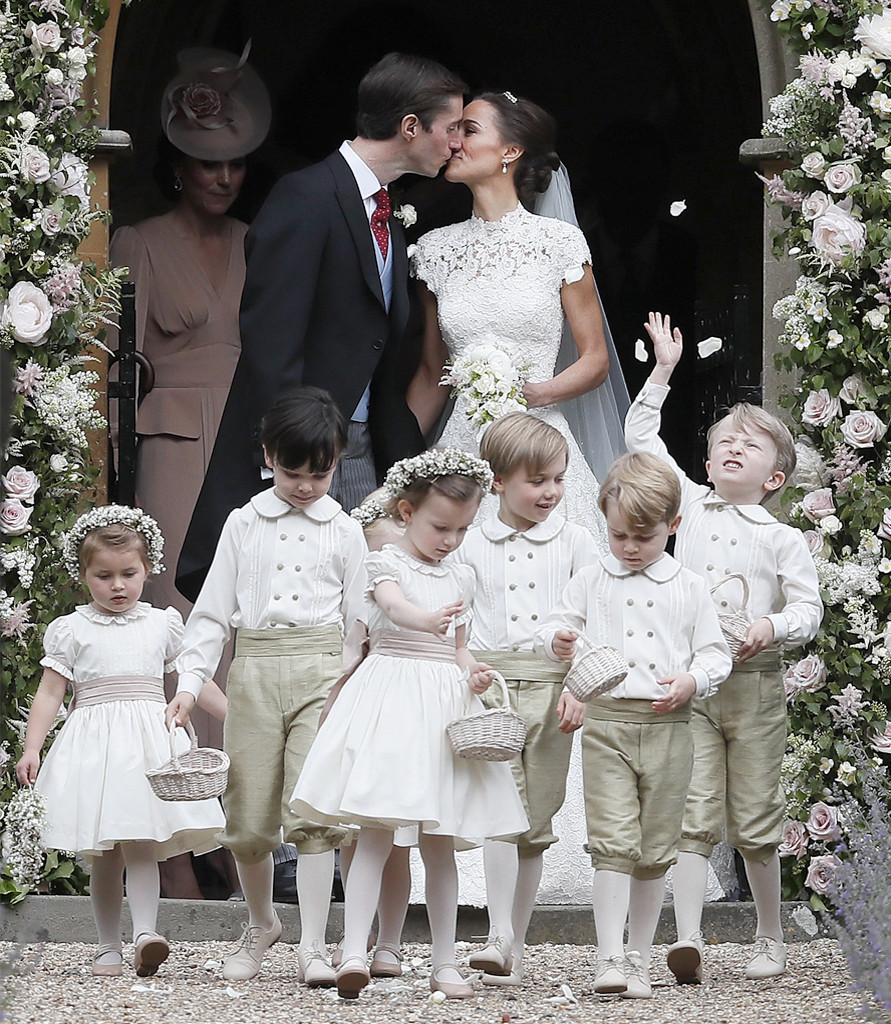 The Bride: Finally, a glimpse of Pippa! The bride looked gorgeous in a lace wedding dress by Giles Deacon.

Sisters' Role-Reversal: Kate may not have been Pippa's maid of honor, but she did play an important role in the wedding—she paid back the favor from 2011 by fluffing out her dress.

Something Old: Eagle-eyed fans noticed that Pippa wore the same earrings she wore to the royal wedding.

"Shhh!" Kate played the mom role perfectly by getting the young bridesmaids (flower girls in the U.S.) and page boys in line ahead of the ceremony.

The Hats: Kate wasn't the only one wearing one, of course. This is a traditional British wedding. We did you the favor of ranking the best ones.

Just Married: Pippa and James left the ceremony and drove off in a vintage green Jaguar E-type convertible, straight out of a modern fairy tale! Now that's an exit.

There She Is! Markle was finally spotted at Pippa and James' wedding reception, held at the home of her and Kate's parents Carole Middleton and Michael Middleton. This marks the first time the Suits actress has been seen at an event with Harry's royal family, fueling speculation that she may be the next bride at the next royal wedding...

TAGS/ Pippa Middleton , Top Stories , Royals , Weddings
GET POP CULTURED!
*Email entered incorrectly. Please try again.
By subscribing to our newsletter you agree to the Privacy Policy and Terms of Use
Daily
Weekly