SNL's Aidy Bryant Is Engaged to Conner O'Malley: I Thought His Proposal Was a Joke

Aidy Bryant has been sitting on a secret for six months.

The Saturday Night Live standout got engaged to Conner O'Malley, a former writer for Late Night With Seth Meyers, in October 2016—but Bryant didn't share the news publicly until Thursday when she appeared on Seth Meyers' show as a replacement for a canceled guest.

In January, Glamour tagged along with Bryant as Tanya Taylor fitted her for a dress for an appearance on Late Night With Seth Meyers—and a few fans noticed she had some new bling.

Flashing her engagement ring Thursday, Bryant shared the story of O'Malley's proposal. "We've been together a long time; we've been together almost nine years. So, a lot of the shimmer and shine has faded and we're just living every damn day as best we can," she joked. "We've seen each other through a lot. Like, he used to work as a full-blown garbage man—not a joke, just a garbage man. I used to sweep up hair in a barber shop. I mean, we've like been through it." 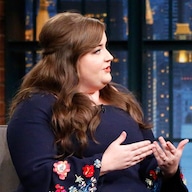 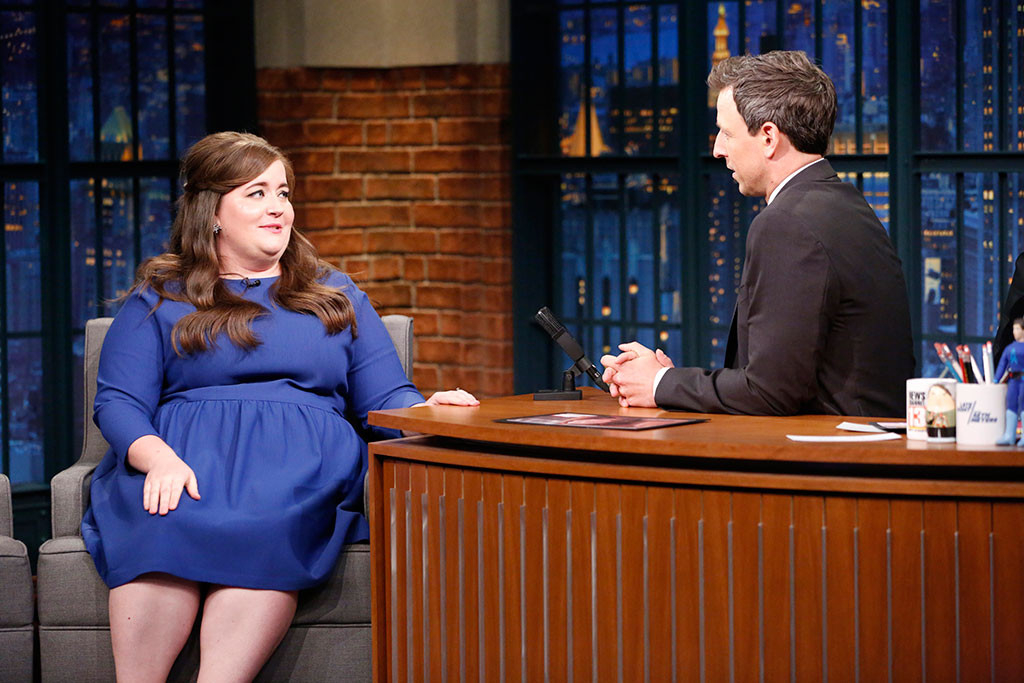 "So, one night I came home from 'pitch' at SNL. You ever heard of it?" she teased the former head writer. "So, I pitched to Lin-Manuel Miranda and then when I got home I had my purse and our mail and all these boxes, and I walked to our door and our dog had a bowtie on. I was like, 'My dog doesn't wear a bowtie! Where is he going tonight?' Basically, the second I shut the door, a man—who I discovered was Conner—frantically came around the corner and was just like, 'Willyoumarryme?!' No box. No 'I love you.' No fance. Just a man in full terror standing very far from a dog in a bowtie, just holding a loose ring going, 'Willyoumarryme?!' I was like, 'What?!' I truly couldn't comprehend what was happening, and I kept saying, 'Is this a joke? Are you doing a joke?' And then I said, 'Of course I'll marry you. I love you.' And it was really nice."

After Bryant realized that O'Malley was in fact serious, she asked him, "Why did you do this?"

"He was like, 'Well, you always said that you wanted it to happen in our house if it ever happened.' I was like, 'That's true; I wanted it to be private,'" the bride-to-be said. "He was like, 'But I also knew you probably wanted to be wearing a bra and have makeup on, so I knew I had to do it after you just got home from work—otherwise it would never be another moment.'"

Bryant, who had Meyers in stitches, then joked, "It's about a 40-second window before I get in the door and I rip off my mask and become a woman on the couch—so he did the right thing!"

The actress did not reveal when she and O'Malley plan to tie the knot.