Prince Remembered One Year After His Death by Usher, Salma Hayek, Questlove and More

One year ago today, the world was rocked by the news of Prince's sudden death, which turned out to be the result of an accidental overdose.

Despite his sister's insistence that the music legend predicted his own demise and "was preparing," nothing was preparing his fans for his passing on April 21, 2016. And it's hard to believe it's already been a year.

#RIPPrince has been trending nationwide on Twitter, and his hometown of Minneapolis declared today Prince Day (what exactly does that entail? A whole lot of purple). Meanwhile, stars like Usher, Salma Hayek and Questlove all took to social media to show that the "Raspberry Beret" singer is still on their minds. 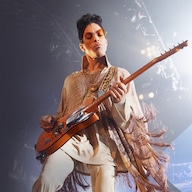 Prince: A Life in Pictures

Endless sauce. R.I.P. Purple One. Can't believe it's been a year. ??#RIPPrince

The "No Limit" singer took to his Instagram, sharing a photo of the revolutionary musician.

"Endless sauce. R.I.P. Purple One. Can't believe it's been a year. #RIPPrince," the singer wrote. This isn't the first time he's expressed his love for Prince—last year at Coachella, the singer joined Major Lazor's set for a surprise performance of "I Would Die 4 U" and "1999."

Prince's passing had an especially big impact on the Divine Feminine rapper, who wrote after learning about the artist's death, "honestl,y i dont think i cried this hard when my grandpa died, and my grandpa is my favorite person to ever enter my life." 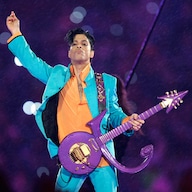 Remembering Prince: A Tribute to the Legend's Groundbreaking Career

Prince didn't just have an impact on music. He had an influence on culture as a whole.

Hayek shared a collage of purple images in honor of the "Purple Rain" singer.

Janelle Monae also shared her feelings on this somber anniversary.

In addition to tweeting purple umbrellas in his memory, the Hidden Figures actress and "Yoga" singer shared pictures and video from her performance with the superstar, and even changed her Twitter and Instagram icons to pictures of the music legend.

The Roots' Questlove shared a video of the late musician in which the "1999" singer plays around with a microphone stand, practicing his moves for what was undoubtedly another memorable performance.

With The Roots, the multi-instrumentalist performed in the 2016 BET Awards tribute to Prince with the likes of Stevie Wonder, Jennifer Hudson and Erykah Badu.

Corinne Bailey Rae also cites the "Little Red Corvette" singer as one of her biggest influences.

Sharing a picture to her Twitter, the artist wrote "Rest in power, #Prince. A musical genius. He is himself, a work of art." The "Put Your Records On" singer said she'd met the iconic musician years ago, when her music career had just started to take off.

And we expect the tributes to pour in for years to come. Prince may be gone, but he will never be forgotten.

TAGS/ Prince , Tribute , Death , Music , Top Stories
GET POP CULTURED!
*Email entered incorrectly. Please try again.
By subscribing to our newsletter you agree to the Privacy Policy and Terms of Use
Daily
Weekly