Charlize Theron Explains How Having Kids Actually Helps Her OCD 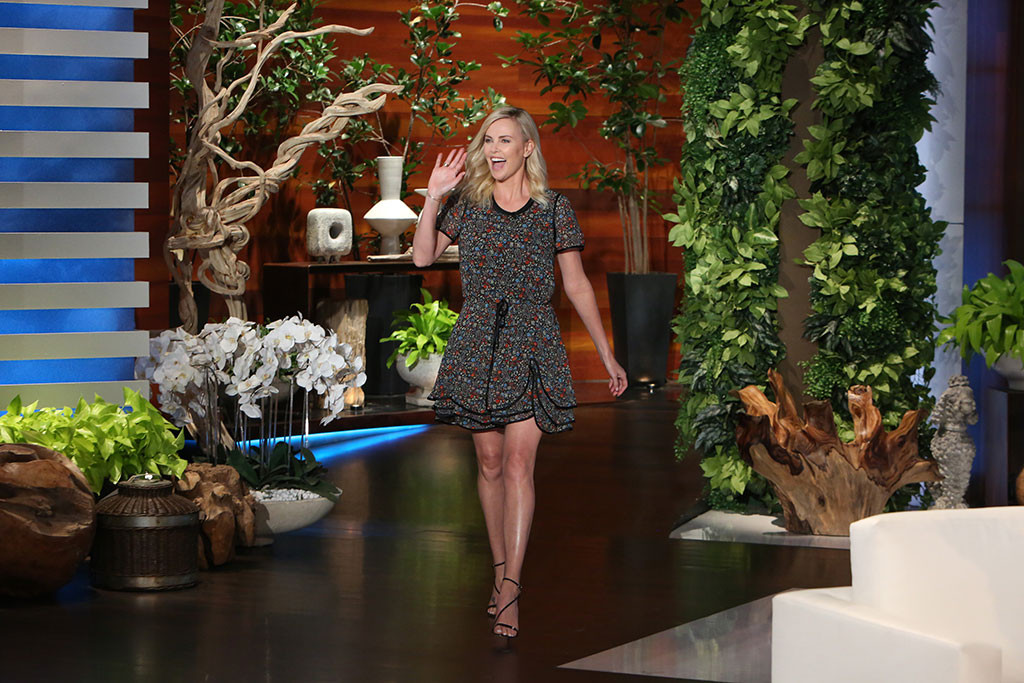 The Fate of the Furious actress—mom to son Jackson Theron, 5, and daughter August Theron, 1,—stopped by The Ellen DeGeneres Show Wednesday (check your local listings), where she joked about her messy household. "My kids are for more glitter," Charlize, 41, told host Ellen DeGeneres. "There is way too much of it in the house. I don't buy it, but it's on those costume dresses. A lot of times I'm walking through my house thinking I'm going senile, because I have a little OCD thing. I'm like, 'Where is this glitter coming from?' And It's those princess dresses."

Since first becoming a mom in 2012, "I've gotten a little bit better," Charlize continued. "My kids definitely help me be less anxious about a lot of that stuff. There are certain rooms that I let go and I've given up on, [but] they're allowed everywhere! Really, I am very lucky to live in our house, and they are just very nice to have me there." Realizing her kids were watching the show backstage, Charlize told Jackson and August, "You guys are very good, and I appreciate it." 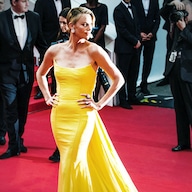 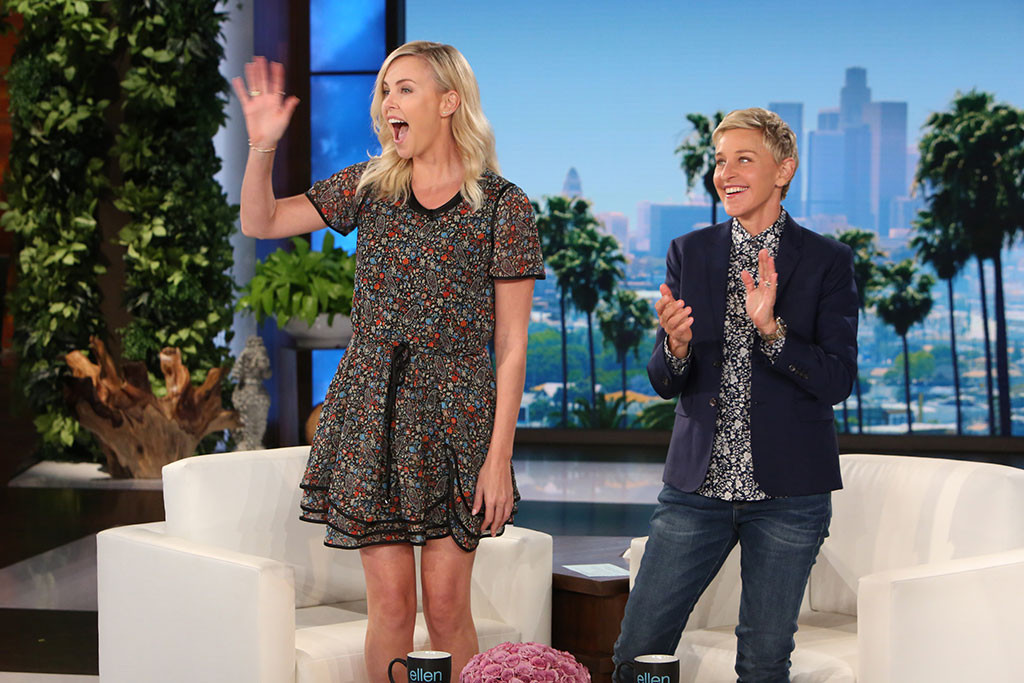 Though she's a single mom, Charlize said she has "an incredible village" of people who help her raise "these two beautiful kids." As most moms would agree, it "just takes a moment" to get things in order sometimes. "In the mornings I have them alone and they kind of work against each other sometimes. It's like one decides to freak out and then both decide to freak out. I don't know why they'd do that," Charlize told Ellen. "You'd think they'd stand there and be considerate and go, 'That one's freaking out right now; I'm not going to freak out. I'm going to be nice. I'm just going to chill out and have my mom deal with that.' But they don't do that."

Ellen joked, "You really don't know anything about children."

Given her responsibilities at home and on set, Charlize doesn't have much time for dating. So, earlier this year, her friend Chelsea Handler encouraged her sign up for a celebrity dating app.

Charlize Theron's Epic Reaction to Being Called a "SILF" 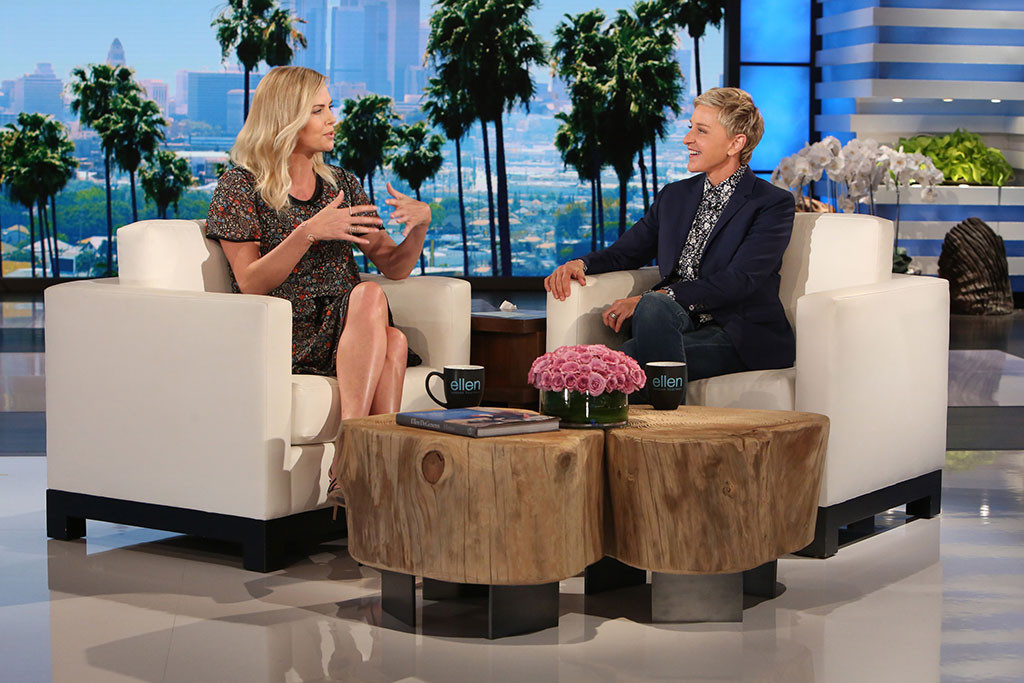 "I knew nothing about this world. We were at the Women's March in Park City and she was on her phone and she showed it to me, and she explained it to me in that Chelsea Handler way, which is just like, 'Yeah, everybody's doing this. What's wrong with you? Where have you been, under a rock?" Charlize recalled. "So, I took a real interest and I was like, 'OK, well, tell me: How does it work?' And she's swiping all these faces of guys in all sorts of different variations of no clothes. And then they know that you've just said, 'No, I don't like you.' And then you have to text them. And then the flirting starts, and it's kind of awkward because you don't know the person, and they're trying to be cute and they say weird things, like, 'What's up, sexy?'"

"It's just awkward," said Charlize, joking that she's an 80-year-old. "This is why I'm still single! I just like a good old friend hooking up you or introducing you. I'm so old school." As for her pal, she joked, "I hope she meets the man of her dreams—or men of her dreams, knowing Chelsea."