If Hollywood Was High School, Here's Where All the Young Stars Would Sit in the Cafeteria 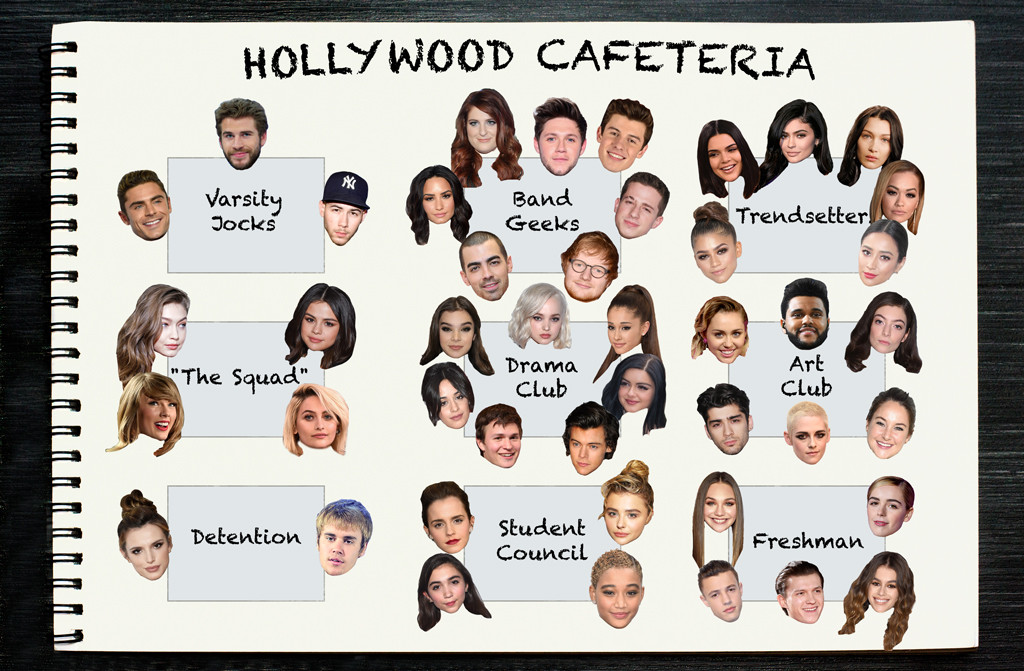 As the wise Janis Ian once instructed Cady Heron, "Where you sit in the cafeteria is crucial."

Well, even when you're a young, famous face in Tinseltown, you still need somewhere to sit. Since a lot of the industry's famous faces never got the chance to experience the social maze that was the school cafeteria, we've assembled a seating chart for young Hollywood with plenty of room for all of your favorite figures. Take your seats, stars.

First up, the freshman. These industry newbies are rising in the ranks, but they wouldn't qualify as upperclassmen just yet. Such names include Feuds Kiernan Shipka, YouTube star Cameron Dallas, Sia's protégée Maddie Ziegler and cover girl Kaia Gerber. 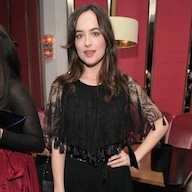 Over at the Student Council table, the young leaders of the Hollywood Hills would join forces to fight for the next cause. We can imagine feminist advocate Emma Watson leading the pack as president of the student body with Hunger Games' Amandla Stenberg, Disney star Rowan Blanchard and Chloe Grace Moretz sharing their insights on sexuality, race and self-esteem over the day's meatloaf special.

What would high school be without two staple groups, the varsity jocks and drama club? We can envision Hollywood hunks like Nick Jonas, Zac Efron and Liam Hemsworth trading workout tips while singers and actors like Ariana Grande, Camila Cabello, Harry Styles and Hailee Steinfeld would compete for parts in the spring musical and gossip about who's getting which role while they anxiously wait for the cast list to get posted. 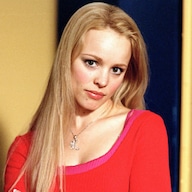 What Would Happen If Regina George Joined High School Musical? The Internet Has an Answer for That

Meanwhile, the artsy stars, like Miley Cyrus, Lorde, Kristen Stewart and The Weeknd would convene at their own table, editing an original piece they wrote for the literary magazine in between bites or rehearsing the verse they're working on for next week's poetry slam.

Taylor Swift and her squad would definitely have their own table together, with a potential seat for the newest "It Girl" about town, Paris Jackson. In this hypothetical world, we can envision Justin Bieber and Bella Thorne getting stuck at detention for cutting class or rebelling against a math assignment.

The fashionistas of the school would assemble at the trendsetters table in their best purchases from the weekend's latest mall trip. Such ladies would include Kendall Jenner and Kylie Jenner, Bella Hadid and Pretty Little Liar's Shay Mitchell. Just imagine the makeup tips that would get swapped.

Finally, the band geeks would be making sweet music over at their own table. Grammy winners like Ed Sheeran and Meghan Trainor would be squeezing in a snack before practice while we can see BFFs Demi Lovato and Joe Jonas putting together a rehearsal schedule for their new band.

What do you think about our seating arrangements? Sound off in the comments!

TAGS/ Top Stories
GET POP CULTURED!
*Email entered incorrectly. Please try again.
By subscribing to our newsletter you agree to the Privacy Policy and Terms of Use
Daily
Weekly