The Flash's Candice Patton on the Quest to Save Iris' Life: "Everyone Feels Helpless" 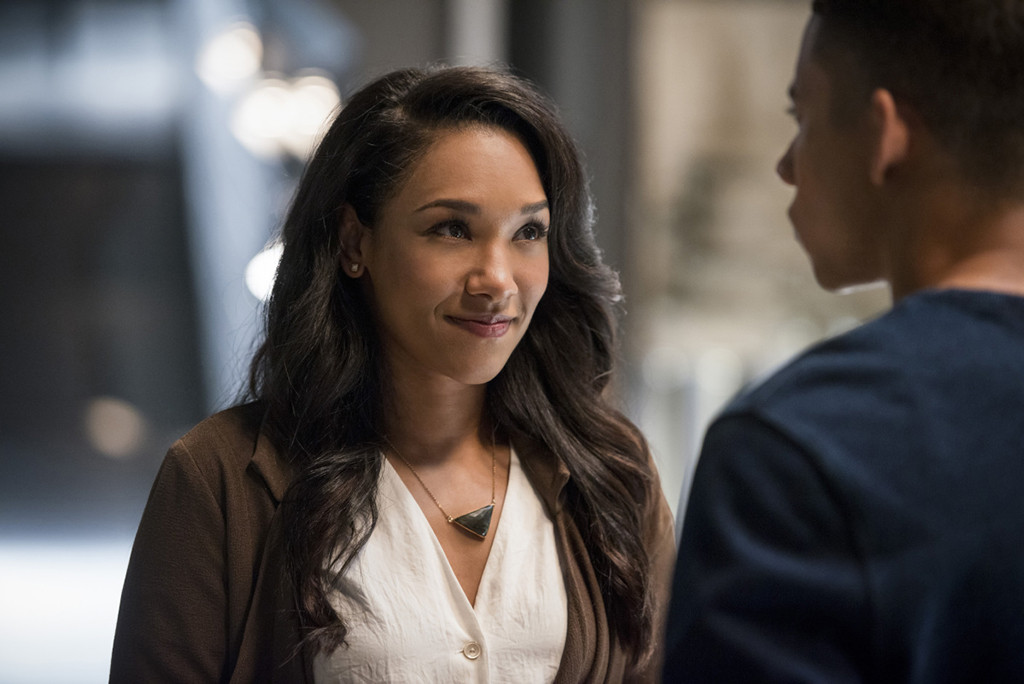 There's one major goal for everyone on The Flash right now: Save Iris West.

Ever since Barry (Grant Gustin) accidentally ended up a few months in the future and saw the speed god Savitar stab Iris (Candice Patton) straight through the back in order to get revenge for whatever Barry does to him much further in the future, he's been on a quest to save his girlfriend. He tried training Iris' brother, Wally (Keiynan Lonsdale) to be fast enough to do the saving, but all that did was allow Savitar to trap Wally in the speed force in his place.

He tried speeding up his relationship with Iris and changing other aspects of the future, like proposing to her, since she doesn't appear to have a ring on when she dies, but that only created a rift between them when she found out.

Barry and Iris were interrupted (by Barry's own epiphany) in the middle of trying to work things out, so the cloud of doom that was already looming over the couple has only gotten bigger, and the situation has only gotten more dire.

As Barry prepares to head right into the speedforce and Iris begins to work out her feelings on the attempts to save her life in tonight's episode, we got on the phone with Candice Patton to find out exactly what is going through Iris' head.

E! News: This has been a weird season for you, and for Iris, since we know she could die very soon. What is she thinking right now as she's watching Team Flash try to save her life?

Patton: Obviously Iris' impending doom is something that's weighing on everyone in Team Flash, especially her, and it's caused her to have a lot of emotional ups and downs this season. We've seen her kind of fear for her life and we've seen her kind of act out recklessly in her job because she knows she's not going to die in the present, so you know, she's going to do whatever she wants, kind of thing. She's kind of been dealing with a lot knowing that her future is not safe. 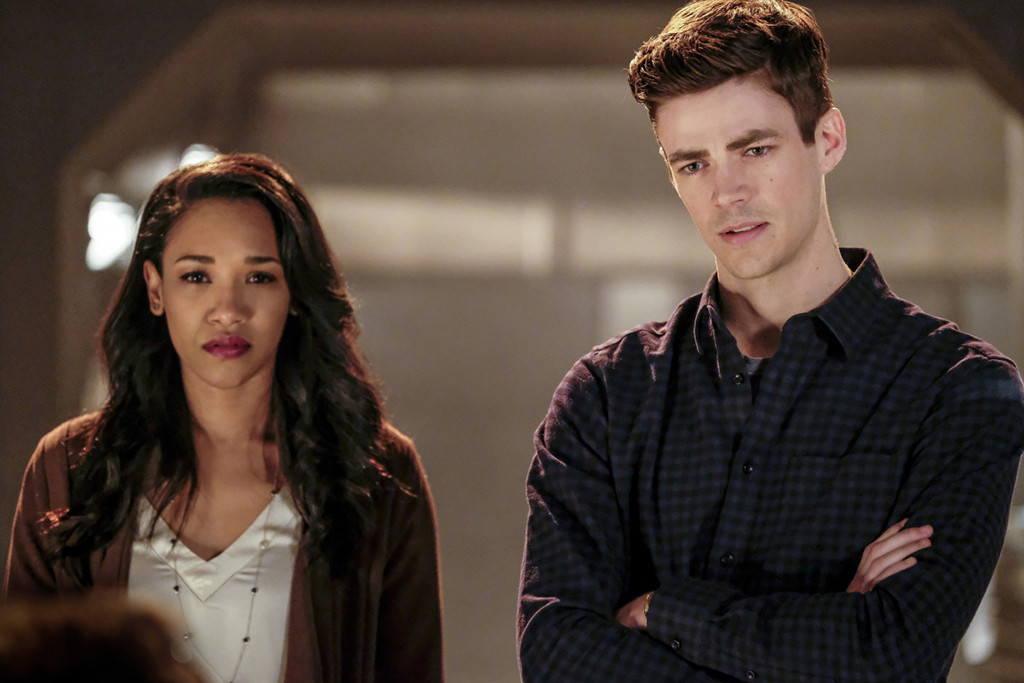 Is it weighing on her that she might not have the power to save herself, and that she has to rely on other people to make sure she doesn't die?

Yeah, I mean I think everyone feels helpless. I think everyone's kind of grasping at straws to figure out what they can do to stop this future from happening, and it's not just her future. There's three prophecies that have been exposed, so the team is really trying to grasp anything they can to prevent it from happening. And yeah, Iris, you know, she's not a superhero, and I think it's kind of an interesting storyline to see her kind of grapple with trying to save her own life and not having all of the tools available to do that. 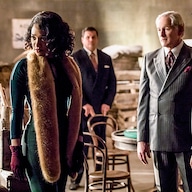 Have No Fear, The Flash Fans: Iris Looks Super Cool in the Big Musical Crossover

Are we going to see her take any action, whatever she can do to save her own life?

That I don't know yet. I would assume so. I think anytime your life is in danger, you're going to do everything you possibly can if it's available to you to save your own life. So it will be interesting to see what role Iris plays in either saving her life or not saving her life. I'm really looking forward to how they flesh that out.

I have this fear that she decides too many people have been hurt because of her, and she decides…

And she'll sacrifice herself? I hope for my job's safety that does not happen. I hope she fights for her life. 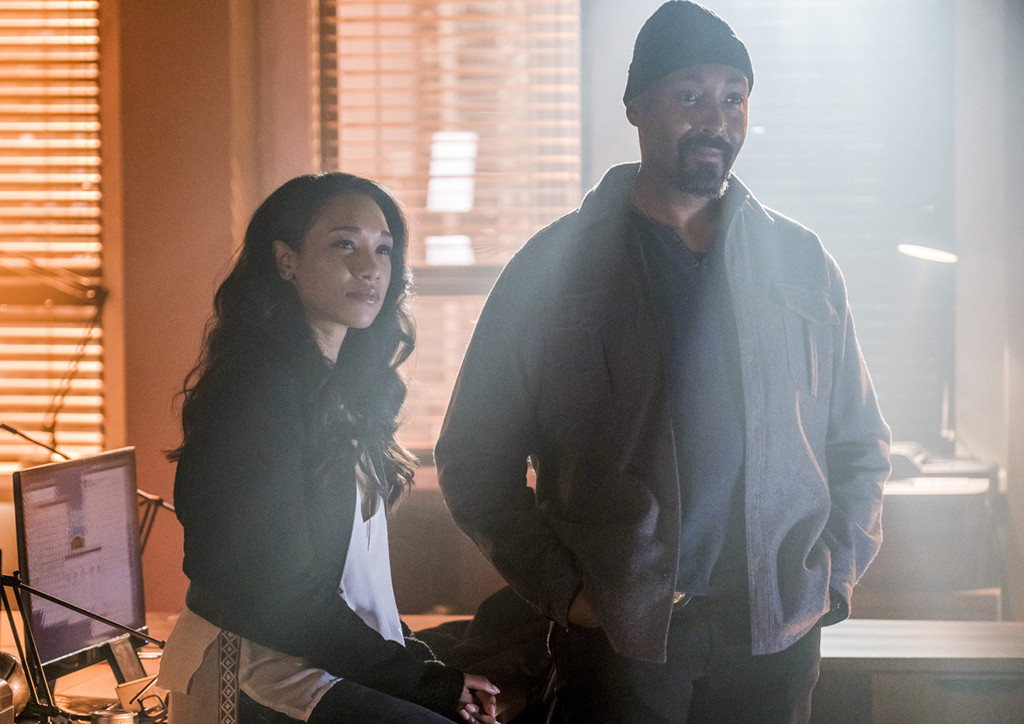 What is the status of her relationship with Barry after the whole proposal fiasco? Their talk was interrupted by Barry's epiphany…

That's just it. Their relationship is very much up in the air. Wally kind of burst in in this last episode we saw, and revealed that in the future, I don't have a ring on my finger, and that's probably why Barry proposed to me. You know, Iris doesn't want to be married for that reason. She doesn't want to be married out of fear. She wants it to be from a place of love. I think she made a tough decision, but it was the decision that she had to make, and we're going to see in the next episode that their relationship is still very much up in the air and hopefully they can figure out how to get back on track, but for now it's not looking great for Barry and Iris. What would it take from Barry, or even from Iris, to get them back on track?

I don't know. I think Iris needs to know that Barry truly wants to be married to Iris. I think she knows that deep down, but she doesn't want it to be entangled with fear and trying to change the future. I think she feels like the proposal was kind of a two for one special, like yes I love you and I want to marry you, but this will also change the future. I don't think any girl wants that. She wants that engagement to be solely about him wanting to be her husband. So I think Barry will have to prove that in some way for her to kind of get back on track. 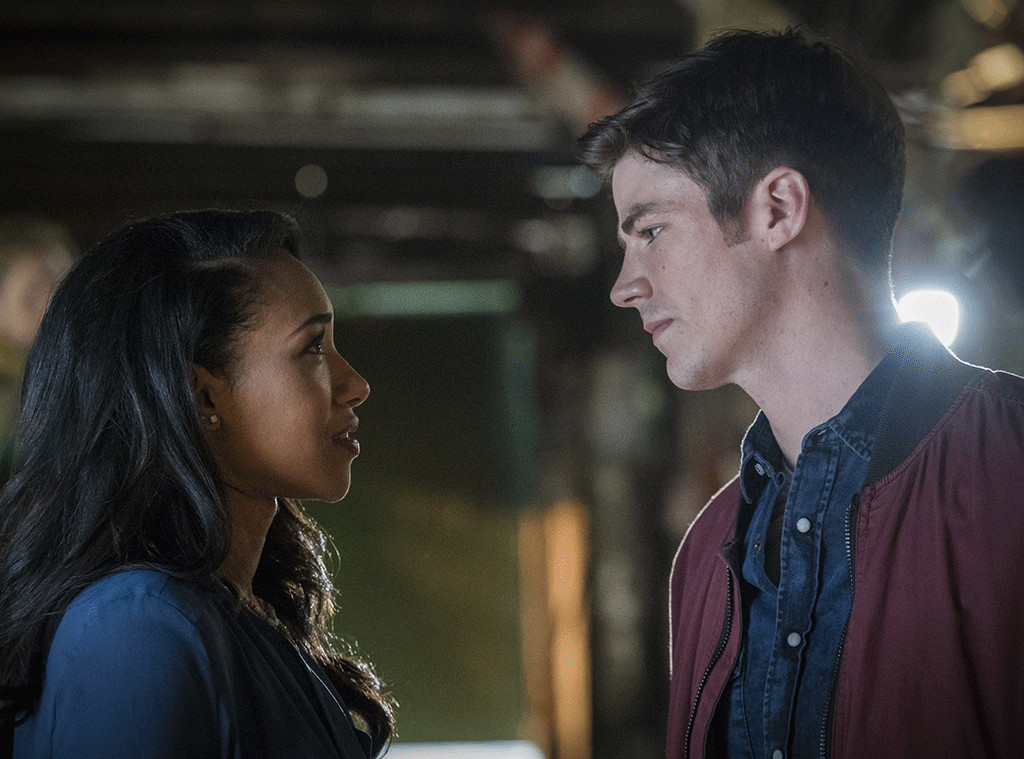 Assuming Iris does survive and everything is fine, will she and Barry go right back to moving as fast as they have been lately, or slow down a bit?

I don't know. It's been interesting to see…me, Candice, the actress, especially did not expect their relationship to evolve so fast this season, but given the future prophecy, I think Barry has realized what's truly important to him. He's watched both his mother and his father die horrifically and I think, more than just trying to save Iris' life, he wants to take advantage of every moment he has with her while she's here. That's kind of caused their relationship to evolve quickly. So I don't know. I think once she's saved, if she is saved, it will be interesting to see if they kind of continue in that same vein of progressing their relationship, or if they kind of slow down and enjoy the ride. 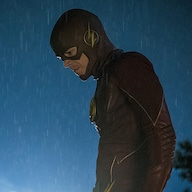 What is Iris' relationship like with Joe (Jesse R. Martin) right now, especially given what happened to Wally?

It's hard for Joe I think because he has a clear, strong relationship with Barry as well. I think he gets Barry's reasoning, so he's in a tough position kind of, being stuck in between two young adults that he loves very much. So we'll see in the next episode, Joe kind of playing the mediator between the two. I think nobody wants them to get married and live a happy life more than Joe, and you know, with Wally being in the speed force, it's an emotional time for Joe and everyone, but the West family especially. We had just gotten to know Wally and he's such a huge part of our lives, so this fear that he might be stuck in the speed force is truly devastating. And we'll see a lot of that in the next episode. 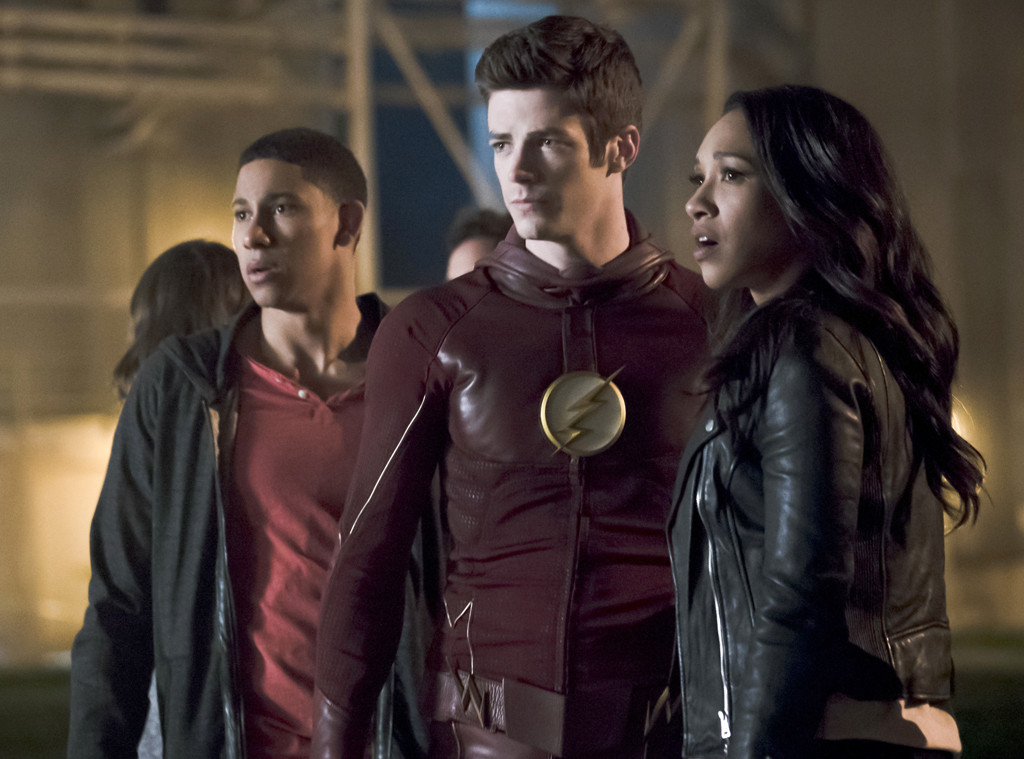 What can you preview about this week's episode? The promo showed the return of Eddie (Rick Cosnett)…

Barry and the team figure out a way for him to go into the speedforce and try and find Wally, and while he's there, he comes into contact with a lot of characters that we've seen in the past—Eddie being one of them. Ronnie Raymond [Robbie Amell], and a lot of fan favorites. Barry, in trying to get Wally out, will struggle with a lot of his past decisions and his past actions that have caused a lot of pain for Team Flash. 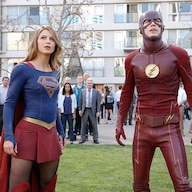 Speaking of pain, is Barry OK? Seems like he has a lot of mistakes to make up for, and he got pretty badly injured last week…

I think he might be a little depressed, and rightfully so. He's going through a lot, and he's got the weight of the world on his shoulders. He's trying to not only save Iris but Wally and everyone's prophecies. He's trying to prevent those from coming true, so he's got a lot on his shoulders. But the thing about Barry Allen that we've seen over the past few seasons is that if anyone can handle it and move forward, it's Barry. Nothing's worse than seeing your parents viciously murdered in front of you, so I think he'll find a way.

TAGS/ The Flash , TV , Top Stories , Entertainment
GET POP CULTURED!
*Email entered incorrectly. Please try again.
By subscribing to our newsletter you agree to the Privacy Policy and Terms of Use
Daily
Weekly