Who knew Molly McNearney was cheating on Jimmy Kimmel?

Married for four years, the couple has another baby on the way. The couple wants to keep their baby's sex a surprise, but when they visited McNearney's obstetrician Monday, the comedienne had an even bigger surprise in store. "Nothing could ruin this moment," Kimmel said as he recorded the intimate moment for posterity. "This is very special. We can't wait to see you—"

Just then, Matt Damon walked in with a teddy bear and a camcorder. "Sorry I'm late!" he said. Kimmel was naturally puzzled. "What are you doing here?" he asked. "What is he doing here?"

McNearney feigned confusion, so Damon asked, "You didn't tell him?" 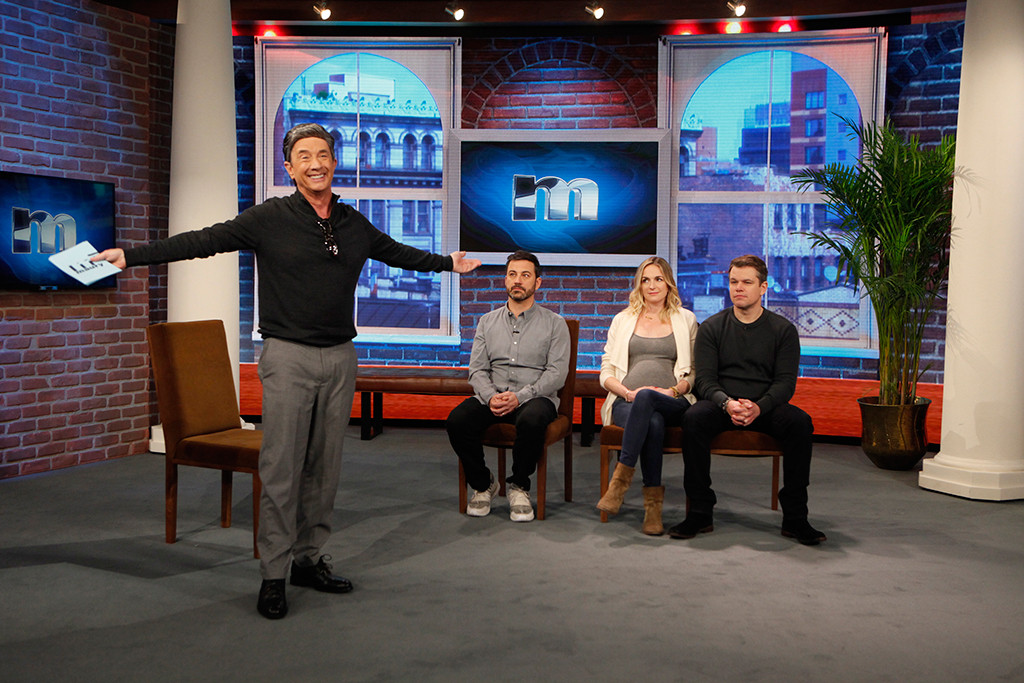 Kimmel didn't want to believe it. "No, you're not. That would mean you had to have [sex]," he told the actor. "You promised me you were going to stop f--king my girlfriend. She's my wife!"

"And I did!" Damon said. "She is not your girlfriend!"

McNearney decided to let the longtime rivals figure things out on their own. "This is between you guys. I really don't want to get in the middle of this," the writer said. "It's not my business." 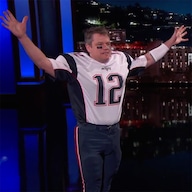 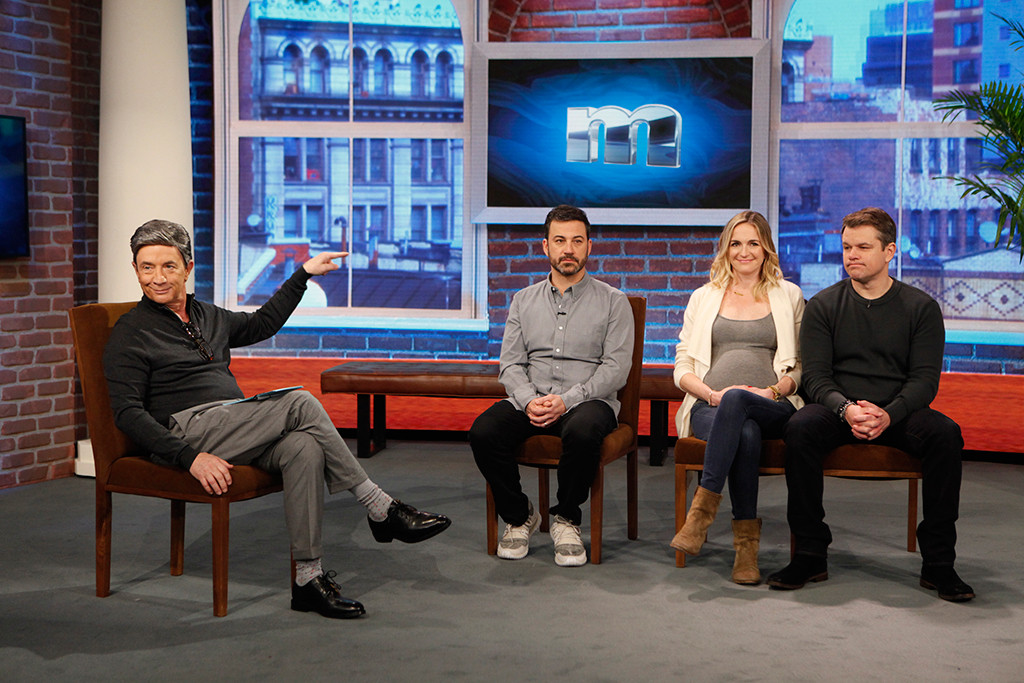 That gave Damon an idea. "Why don't we let the baby decide?" he asked. "Hello, baby! We don't know if you're a boy or a girl, but we have a choice of daddies. One daddy could be an Emmy loser...Other daddy could be an Oscar winner. Do you want to play with Daddy's Oscar?"

Thankfully, McNearney's doctor had "a very simple way" to settle the matter: "Just do a test."

So, Damon, Kimmel and McNearney did what anyone in their situation would do: They appeared on Maury for another episode of "Who's Your Daddy?" Maury Povich (played by Martin Short) began the show by asking the Great Wall actor to state his case. "Maury, there's no way that Jimmy is the father of Molly's baby," Damon yelled. "He doesn't even have a dick!" 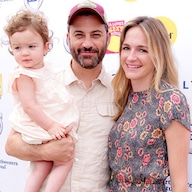 In a pre-recorded segment, Kimmel waged war with Damon. "If Matt is the father of Molly's baby, I will sue him. I will sue Molly. I will sue Maury. I'll sue the baby," he revealed. "I will sue."

Back in the Maury studio, Damon presented further "evidence" that he fathered McNearney's unborn child. Examining her ultrasound, he argued, "Look at the nose! That's obviously my kid."

"Just because you're a d--khead doesn't mean my kid is a d--khead," Damon said. "That's a nose." But alas, Povich read the DNA test results, and Damon was not the father. Looking at McNearney, he said, "I can't believe we had that much sex and you didn't get pregnant by me."

Kimmel was beside himself—albeit temporarily.

"Well, Jimmy, I have a little news for you," Povich said. "You are also not the father." As McNearney said, "How could either of you satisfy me when all you really want is each other?"

To find out which celebrity fathered McNearney's baby, watch the video now.