The Bachelor Final Four Revealed With Help From Sharks, Boats, and One Platinum Vagine 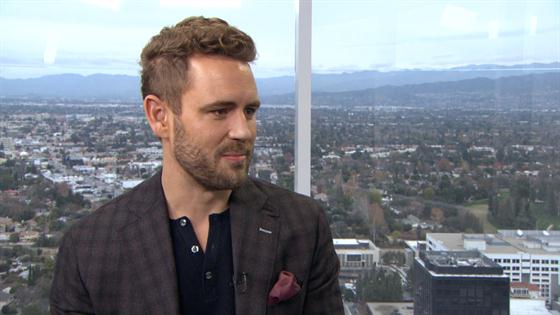 This is the part of every Bachelor/Bachelorette season that's simultaneously super boring and very sad. There were just six women left when tonight's episode started, meaning we knew all their names, and had heard almost all of them tell Nick they were falling in love with him, and we had seen all of their devastated reactions to Nick's confusion at the end of last week's episode. 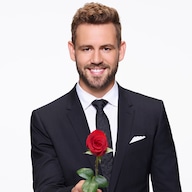 At first, all six of those women thought no one was going to be proposed to, since Nick had a little meltdown and worried that this couldn't possibly work out for him. However, after a sad sit on the beach and a talk with Chris Harrison, Nick returned to his girlfriends and told them that he wasn't going anywhere. They were relieved, and so were we, for some reason. 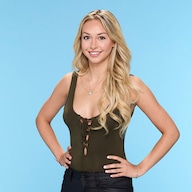 That means that only Corinne, Rachel, Raven, and Vanessa are left, with Corinne being the only girl remaining who hasn't yet had a one-on-one. And if you think that fact is lost on her, you clearly haven't been watching and don't know Corinne.

She got so panicked about her lack of alone time with Nick that she decided to show up unannounced at Nick's hotel room door and let her platinum vagine work its apparent magic. For the second time this season, he said no, and it sent Corinne into a tailspin. She and her Louboutins clacked back down the hall, past the automatic doors and out one of the other doors that required effort to open.

"Don't feel bad," Nick had whispered to her behind the closed door, but like, she's a human, so she's probably going to feel a little bad. We felt bad watching this all happen. We still feel bad thinking about it. It was all bad. 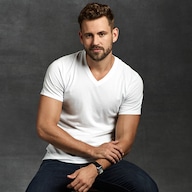 Corinne continued to freak the eff out for the rest of the night, surely believing she was going home. And based on Nick's behavior with all of the other women throughout the episode, we thought she was right. She wasn't. In the end, Nick forewent another rose ceremony and showed up at the house to send Kristina home. Apparently, her fear of sharks and her leg full of sunscreen wasn't enough to make Nick think they had a future together.

Speaking of sharks, can we just talk about the range of dates tonight? He sat on a yacht with Vanessa. He rode bikes and played basketball with Danielle. He sat and drank beer with Rachel. And with Raven, Corinne, and Kristina, he swam with sharks, but the metaphor was not lost on us as the women circled around him more than the sharks did.

In the end, other than Nick's continued belief that Corinne could handle an adult relationship with him, Nick's choices made sense tonight. He and Danielle had about as much chemistry as a rock has with a different rock, and the most interest he has ever shown in Kristina was when she was telling him about her tragic family history in last week's episode. 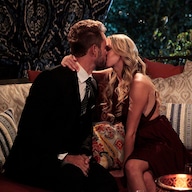 Now, the big question: how much further will Rachel go? We know she's about to be announced as the Bachelorette, but Nick talks about meeting her father as if it's a sure thing he's already anticipating. If she makes it all the way to hometowns, it makes even less sense for ABC to make that announcement now, but what do we know?

We know nothing, that's what, but hopefully we're the only ones.