The Psychology of Celebrity Couples: Are #RelationshipGoals Killing Our Romances? 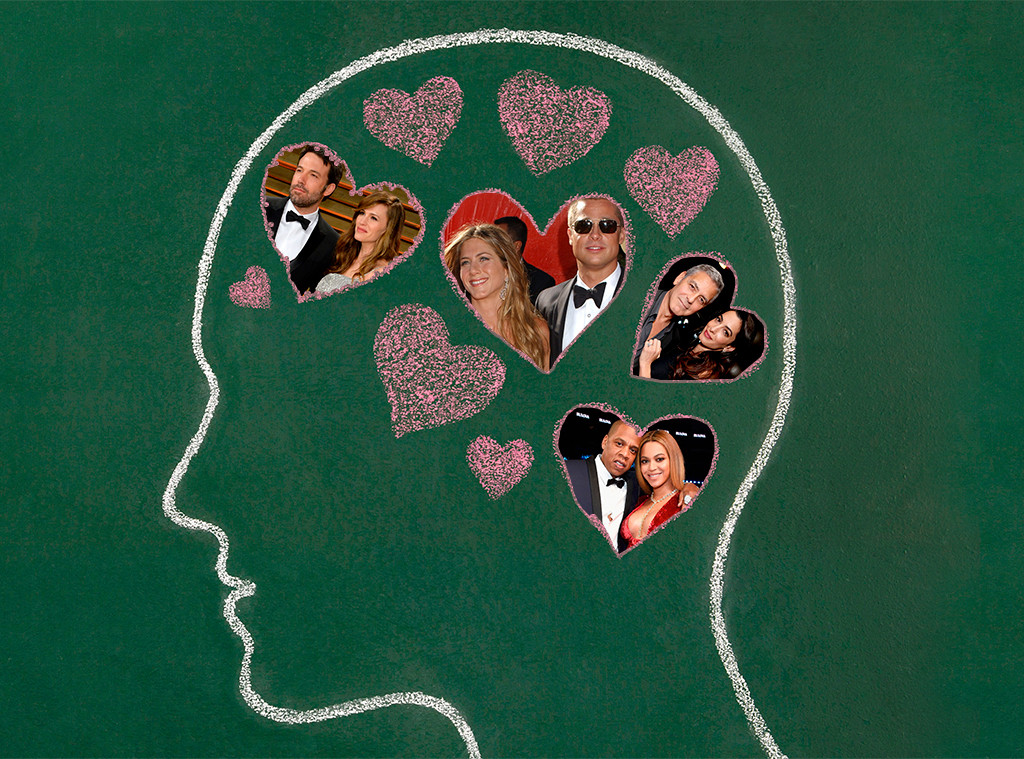 It was February 1, 2017, when chaos erupted in the E! newsroom. It was slow at first, like an earthquake rumbling through a quiet town: A squeal here, then another, and then more and more. The squeals became screams as the email loaded on computers across the office: Beyoncéwas pregnant. With twins. This was not a drill.

To describe it as chaos is perhaps even an offensive term. What rang through the newsroom that day was joy in its purest form—was each staffer just told that they were about to have twins? Of course not. But it's hard to imagine the excitement as any less, or at the very least, at any less a decimal.

The equal but opposite reaction played out this past September, when news broke that Angelina Joliewas filing for divorce from Brad Pitt. Replace the squeals with gasps, and the joy with devastation, and probably mix in a little questioning-what-it-all-means, for good measure. 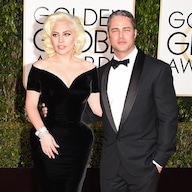 E! News staffers have these outbursts because it is our collective livelihood to care about celebrity news, but also because we're human. Consider the newsroom as a microcosm of the larger society; We've all felt like what is happening to celebrity relationships is happening to our very own selves. In the case of a divorce, the Brangelinas or the Ben and Jens, or the still-upsetting Brad Pitt and Jennifer Aniston, practically every person who has ever opened up a tabloid can confess to feeling like love is dead.

Simply scroll through Twitter on the day a big split breaks and you'll be greeted with sentiments like, How can I ever believe in love anymore or Love is dead or Why should I ever become attached to another celebrity couple ever again? We don't know these people, we shouldn't really be affected by what happens in their lives, or worse yet, their bedrooms, and yet we are. Deeply.

A less morbid but equally severe reaction comes with positive news in celebrity relationshipland: We look to our favorite stars, with their outlandish PDA and their dedicated Instagram posts and their picture-perfect red carpet appearances and we wonder whether our own relationships stack up. Or we look at this recent pregnancy boom, in which it seems like literally anyone we've ever Googled is having a baby, and then can't help but compare it to our own state of baby lack.

It's easy to think of these musings as all in good fun, part of the celebrity-worship complex that we all (seemingly) buy into willingly. But can idolizing these A-list couples serve at the detriment to our own romantic lives? It might—but first let's get a gut check on whether we should be letting ourselves fall for #RelationshipGoals after all. According to renowned celebrity relationship therapist Audrey Hope, the inclination to worship the stars (and, by association, their relationships) is so natural, we shouldn't even be concerning ourselves with right and wrong. Yet.

"It is so common to get obsessed with and wrapped up into a celebrity's life, because they represent a fantasy of what we would like to have," Hope told E! News. "By the very nature of their fame, celebrities 'belong to us.' They are in our lives and we all feel like we truly know them, as if they were our own friends and family."

We can all think of a time when something that happened to a BFF romantically, whether it be getting dumped or engaged, and we became way too invested—since so much of our lives are spent following the personal lives of our favorite actors and singers, the same thing happens. "We go on their journeys with them, and experience their tears and heartache," explained Hope. "They are our role models, for better or worse."

Of course, often times this phenomenon is greatly exaggerated when it comes to our comparisons of ourselves to the stars. No one has ever declared that love is dead when they hear about a high school classmate's divorce. But you should have seen our mental state when word came down about Will Arnett and Amy Poehler. And no one friend has the power to influence so many people with a single romantic decision. It's nearly impossible to draw a line between the birth of Prince George and procreation among the rest of the public, but it caused a huge wave across London.

According to the British Office for National Statistics, the Prince's welcome into the world shot the name George into the top 10 most popular baby names. Retail sales rates rose significantly, tourism boomed, and the pound did better than expected. Just try and tell us that it's not because of all those mid-30-something Londoners who suddenly started picturing themselves pushing a tram with a bouncing baby boy in it. If Kate made it look so easy, why can't the rest of us do it?

"Celebrity trends have paved the road for our own actions," said Hope. "If Angelina can adopt kids from other countries, why can't I? If Janet Jackson can have babies at 45, why can't I?"

Naming your baby after your favorite celebrity's baby is one thing (subliminal messaging, anyone?), but there is reason to believe that coupling and consciously uncoupling trends have followed big waves in Hollywood, too. According to Coffee Meets Bagel, an online dating app, the most popular season for getting busy is right after Christmas and straight on until Valentine's Day.

"Online dating is just like fitness: People start thinking about the new year and how to find new beginnings and new relationships," said a company spokesperson. "We call it cuffing season, in full effect."

And just the opposite, summer is the quietest time on dating apps, according to Coffee Meets Bagel. The season just so happens to be the most popular time for celebrity breakups as well. Celebrities choose the warmer months to cut things off because the news cycle is slower, as is their work life—thus, the distraction of breakup drama isn't as costly on a role. Is this a coincidence? We chose to think not.

Hope airs a warning to any that may be affected by this phenomenon: You'll want to hop off Instagram real fast (or at least keep your celebrity social media stalking to outfit posts and #SponCon).

"Anytime you idolize or compare another relationship to your own, whether it be with a friend or a star, you are embarking upon dangerous territory," she cautions. "We all grew up wanting the happily ever after, the prince on the horse, the Cinderella dream. No matter how much we evolved, we have never stopped wanting those story lines to come true. We seek this 'fake love' for relief from our own life."

It goes without saying, but that relief isn't going to be found in that photo album of Chrissy Teigen and John Legend's cutest shots.

But this is Valentine's Day, you say. We want to be eternal optimists, and total suckers for love. We want to make that picture of John and Chrissy our screensaver!

By all means, then, don't let us harsh your vibe. Just proceed with caution. ""There are so many positive things we can learn from celebrities and their relationships—we watch the mistakes they make, and we learn," says Hope, validating all of us just a little bit. "Healthy love is a great motivator for all of us, and if we find it in Hollywood, that is great! But know and understand that it can be found anywhere, we just have to start looking for it."