Halloweentown's Kimberly J. Brown on Debbie Reynolds: She Proved That "Being Normal Is Vastly Overrated"

As news of Reynolds' death trickled through Hollywood Wednesday night, many of her former co-stars and famous fans took to social media to share their memories of the screen legend. In a lengthy Facebook post, Brown reflected on the magical time she had filming Halloweentown (and its subsequent sequels) with Reynolds. "What do you say about a woman who had such an impact on your life both professionally and personally?" the 32-year-old actress began. "Debbie lived her life like all of us should, to the fullest. She was bold, funny, and had the biggest heart." 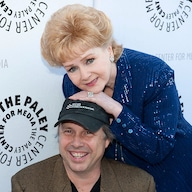 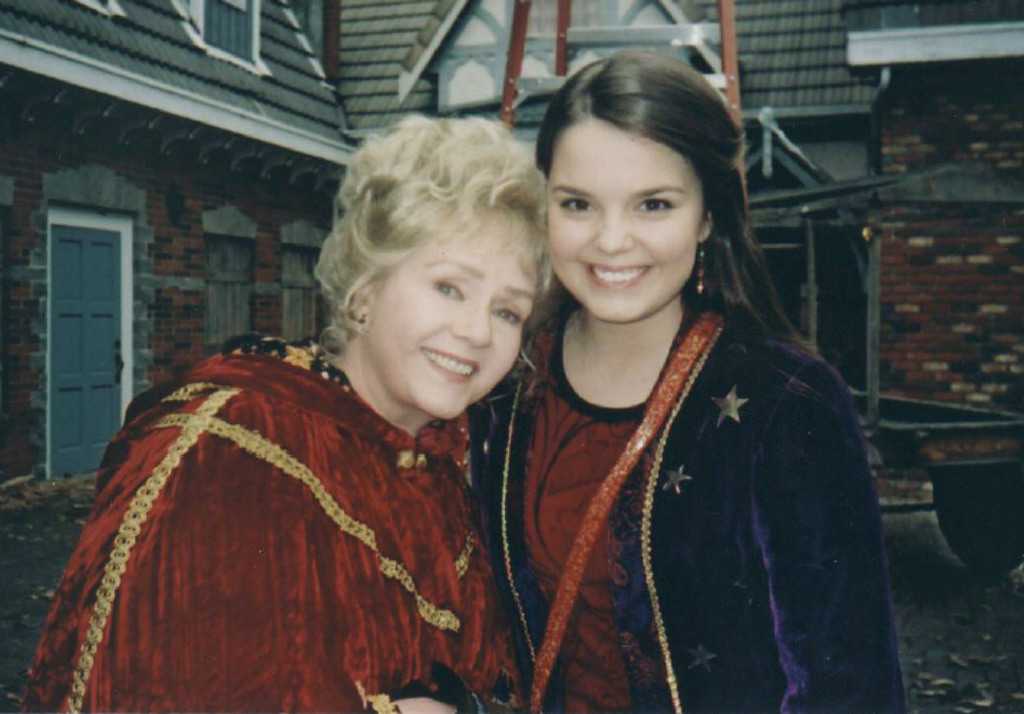 "Her sparkly smile warmed every room she was in," Brown said of Reynolds, "and her jokes about her amazing career and life would make your stomach hurt with laughter."

Halloweentown became a cult classic over the years, though 84-year-old Reynolds will likely be remembered for her roles in movies like Bundle of Joy, The Catered Affair, Divorce American Style, How the West Was Won, Singin' in the Rain, The Singing Nun, Susan Slept Here, Tammy and the Bachelor, The Unsinkable Molly Brown, What's the Matter With Helen? and more. 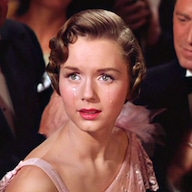 But, according to Brown, Reynolds' legacy extends far beyond her film career. "Making people happy through her performing was her favorite thing to do, and she showed me at a young age what a gift it is to be able to do that for people," the actress remembered. "She was so talented and wise, which easily could have gone to her head, but instead she went out of her way to help others shine as brightly as they could. She'd try to move huge ladders on set just to help the crew, and looked out for every actor no matter the size their role. Her humility, grace, and care for others inspired me so much as a teen and is something that will always stay with me."

"'Being normal is vastly overrated,'" is a quote from Halloweentown, and how fitting it is that her character spoke it," said Brown, who played Marnie in the films. "Her generosity, talent, and loving spirit made her anything but normal. Thanks for the magic, Debbie. Rest in peace."

Judith Hoag, who played Agatha's daughter Gwen, took to Twitter to share her condolences. "Profoundly saddened by the loss of the beautiful, talented, wise & funny @DebbieReynolds1 - a true gem of a human being," the 48-year-old actress tweeted Wednesday. "Rest In Peace."

In a statement to E! News Thursday, Gary Marsh, President and Chief Creative Officer of Disney Channels Worldwide, grieved Reynolds' death. "Through her role as the magical Grandmother Agatha Cromwell in four Halloweentown movies, Debbie Reynolds became as beloved by Disney Channel viewers as she was by their parents and grandparents," he said. "We join the film, theatre, recording and TV community in extending our condolences to her family."

TAGS/ Debbie Reynolds , Death , Celebrities , Top Stories
GET POP CULTURED!
*Email entered incorrectly. Please try again.
By subscribing to our newsletter you agree to the Privacy Policy and Terms of Use
Daily
Weekly